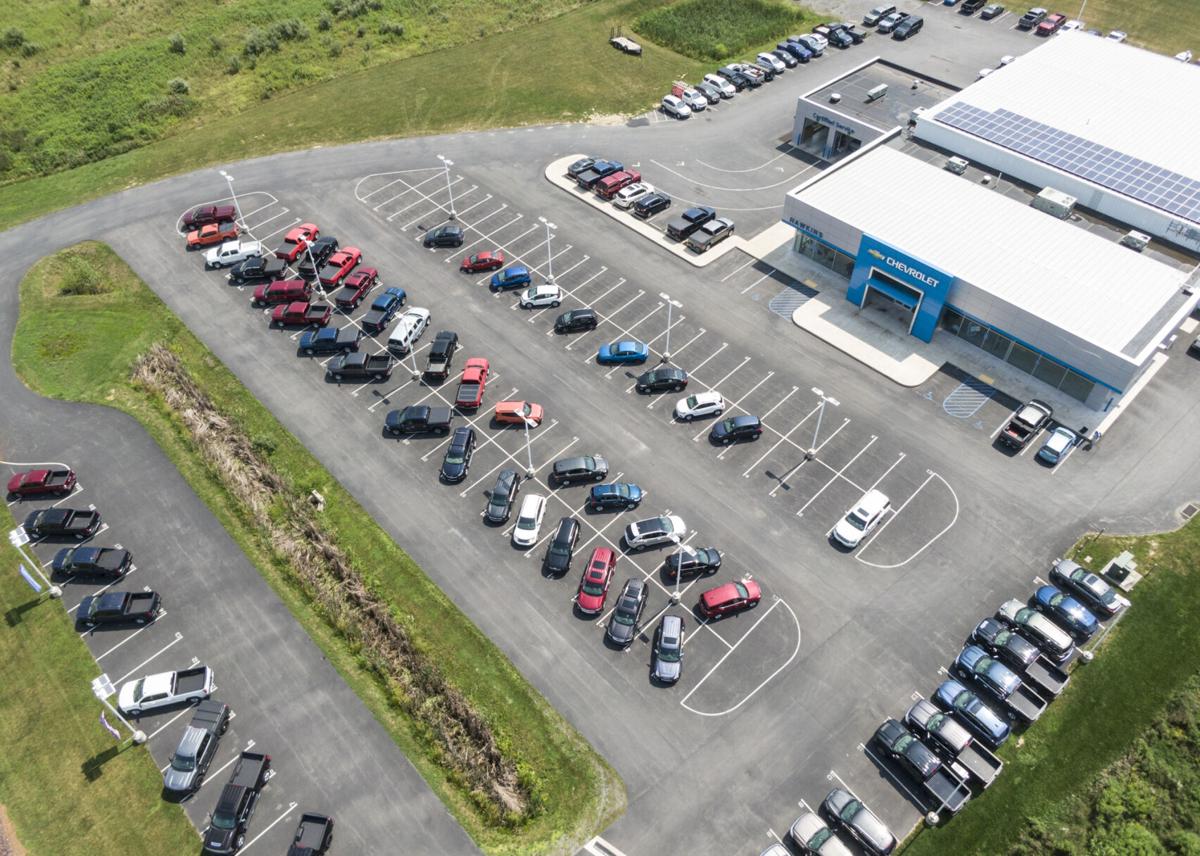 The car lot at Hawkins Chevrolet has fewer new vehicles than normal due to a manufacturing shortage of electronic chips. 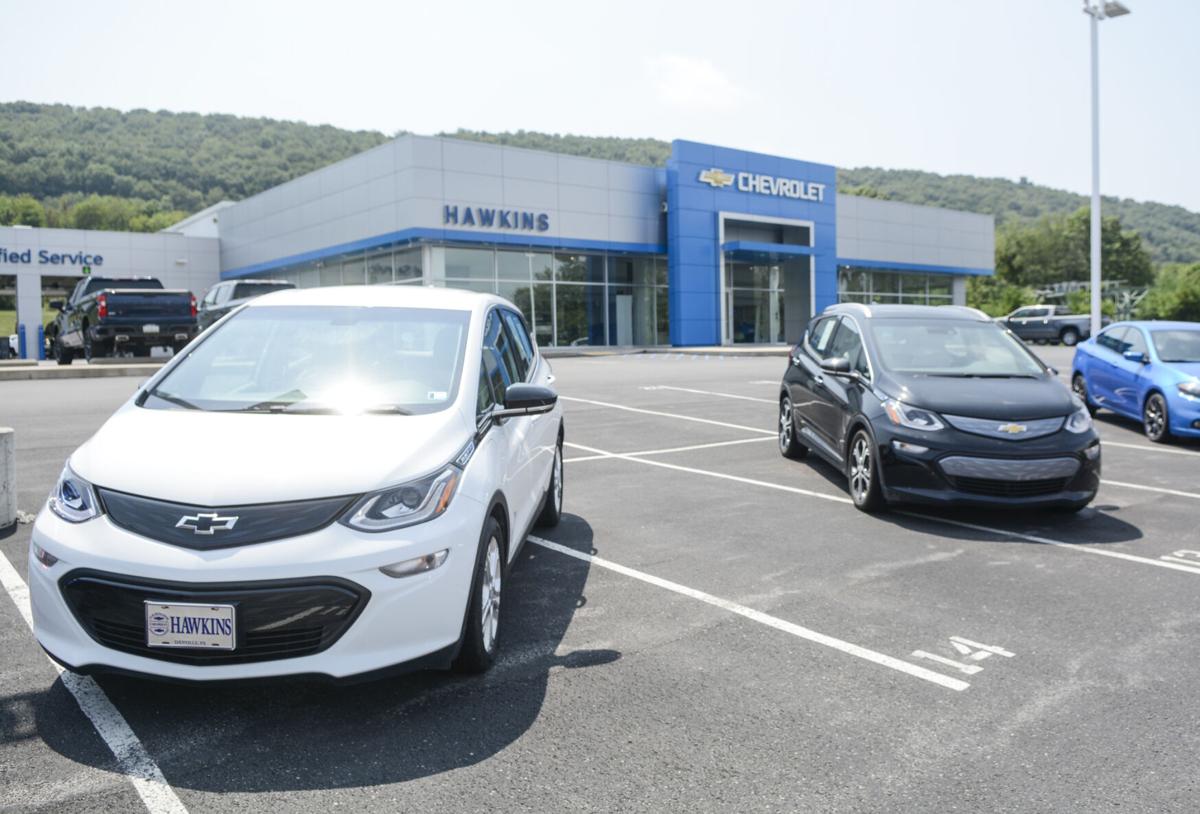 There are normally 75 to 100 new vehicles parked on the sales lot at Hawkins Chevrolet in Danville. Recently, there have been fewer than 10.

The car lot at Hawkins Chevrolet has fewer new vehicles than normal due to a manufacturing shortage of electronic chips.

There are normally 75 to 100 new vehicles parked on the sales lot at Hawkins Chevrolet in Danville. Recently, there have been fewer than 10.

At Hawkins Chevrolet in Danville, president Josh Hawkins said his dealership normally has between 75 and 100 new cars available on the lot. Right now, he said they have between three and 10.

That’s because W&L’s Subaru location typically has a new vehicle inventory of 120 to 150 new vehicles on-site to start the month. They started a recent month with one.

Dealerships across the Valley have not been immune to new vehicle inventory shortages being felt globally.

The issues with inventory are tied to a worldwide shortage of semiconductor chips, components which are onents are made mostly in Taiwan, are used in a variety of electronics.

They are in tight supply because of factory closings during the COVID-19 pandemic and because of higher demand for other consumer electornic products that use them, including computers and televisions.

“We are still getting cars coming in, I will get about 30 to 50 a month delivered, but because of demand they go right back out,” Hawkins said. “We are doing a lot of sold orders, a lot of people are looking.”

It isn’t likely to get better any time soon for Hawkins. General Motors paused production of its popular Chevrolet Silverado on Monday and has extended downtime at some of its SUV plants due to the ongoing chip shortage.

Troy Zimmerman, general manager at Zimmerman Motors said the shortages are a combination of chip shortage and labor/material constraints at the manufacturer level.

“We have had two factories shut down early production for 2021 and have delayed opening the 2022 production,” Zimmerman said. “Those plants produce our Chrysler Pacifica, including the gas, hybrid and all-wheel-drive models and the Jeep Compass. The Jeep Compass is also getting a facelift for 2022, so we are excited to see that production start back up.”

W&L owns Subaru, Mazda and Nissan dealerships in the Valley and Balum said they have shortages across all models. She said the Subaru shortage is “starting to normalize” with what she hopes will be standard inventory within 60 days. There isn’t quite the shortage with Mazda — they try to have 30-40 new cars on the lot, they may have 16-20 now, Balum said — and Nissan is seeing some 2022 models arrive which is helping.

Like Hawkins, it is tough to keep them on the lot.

“It’s definitely a shortage, but we have 200 cars in the pipeline,” she said. “We have cars coming in all the, but a lot of them are sold already.”

At Zimmerman Motors in Sunbury, which sells Chrysler, Dodge, Jeep and Ram models, Zimmerman said they are only at 10-15 percent of usual inventory.

“We are fortunate to have a few new vehicles on the lot,” he said, acknowledging that the majority of our incoming units are already spoken for.

To compensate for the chip shortage, some manufacturers are eliminating some options that require chips.

Hawkins said Chevrolet has done away with heated rear seats in its Silverados, some digital displays on heat control knobs and the blind-spot alert light that flashes in some side-view mirrors.

Zimmerman said some truck models and the Jeep Wrangler and Gladiator are getting shipped with one key, which he said hasn’t led to any significant issues.

With the shortage, buyers are much more proactive.

Zimmerman said more people are ordering units ahead of time, so many vehicles that arrive go back out within days.

“Some specialty units may be in the 8-10 week range with some heavy-duty vehicles taking 10-12 weeks. We have seen this increase about 50% in the past year.”

Hawkins said he usually knows what is coming to his dealership about a month out.

Two weeks before arrival, the vehicle goes up on the website and they get calls almost immediately when vehicles arrive.

“We try to look at the whole pipeline to see what is available,” he said. “If we don’t have anything, we can custom build it. Some are interested in that, but some want them now.”

That means more people are willing to drive long distances to purchase the vehicle they want. To cater to the local customer base, Hawkins said they have added an additional fee for customers coming from out of the area.