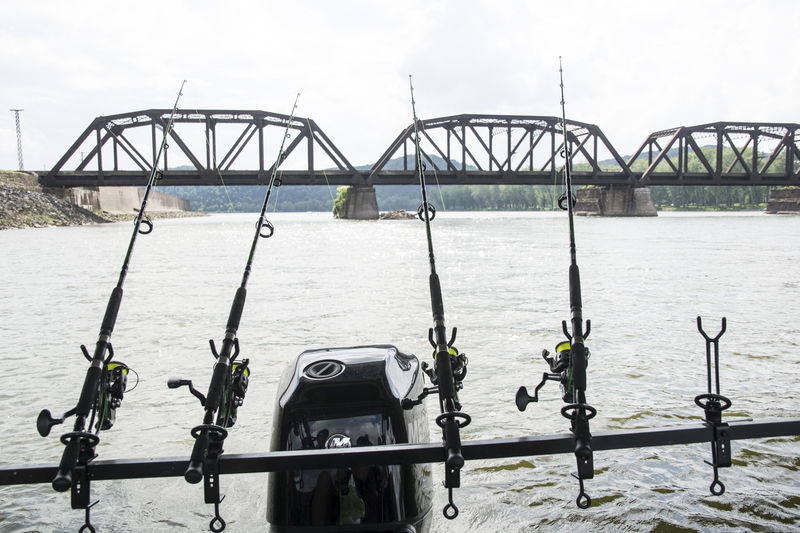 Fishing guide Tom Prowant sets up a number of rods for customers off the back of his boat. 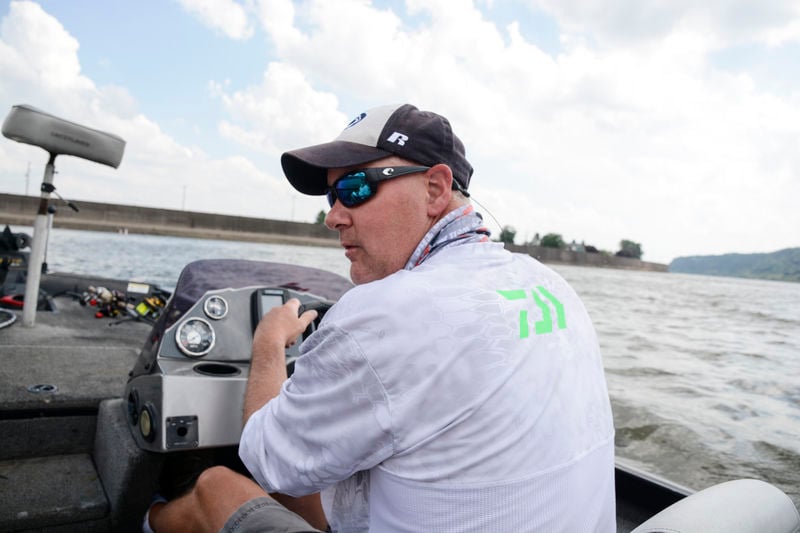 Tom Prowant drives his fishing boat on the Susquehanna River. 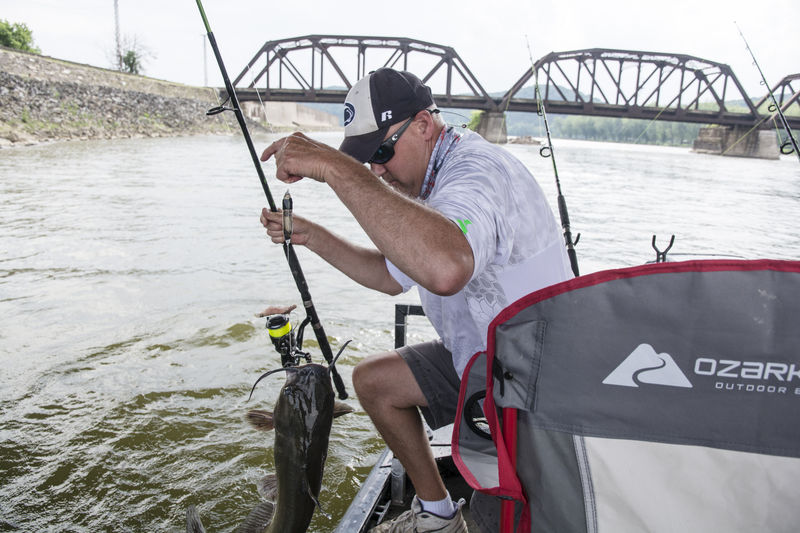 Tom Prowant pulls up a catfish he caught on the Susquehanna River. 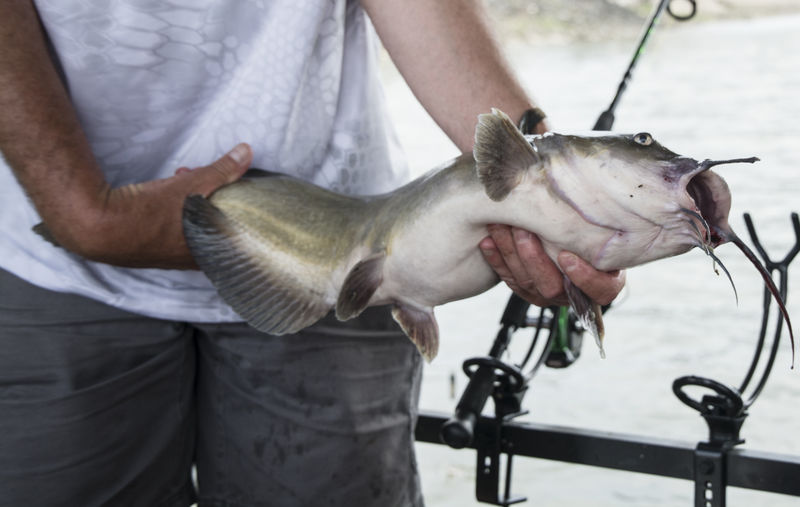 Tom Prowant holds up a catfish he caught on the Susquehanna River.

Fishing guide Tom Prowant sets up a number of rods for customers off the back of his boat.

Tom Prowant drives his fishing boat on the Susquehanna River.

Tom Prowant pulls up a catfish he caught on the Susquehanna River.

Tom Prowant holds up a catfish he caught on the Susquehanna River.

Fishing guides and bait and tackle store owners have been reeling in more business since the coronavirus pandemic shut down Pennsylvania.

The Pennsylvania Fish and Boat Commission has seen "an unheard-of" 18.5 percent rise in fishing license sales in the past week, agency spokesman Michael Parker said.

Sales have either been flat or down in the last two decades, he said, leading state officials to surmise that the COVID-19 pandemic is spurring the spike.

"We certainly have to believe COVID-19 has had an impact," he said of the 811,729 licenses that have been sold to date this year compared to the 684,800 licenses sold by late June 2019. "People have discovered, or rediscovered, outdoor recreation."

Guides and tackle shop owners are attributing the pandemic to the boon in their business.

“When you’re quarantined, what better way than to be out on the river,” said lifelong Lewisburg angler Tom Prowant, who obtained his fishing guide license during the health crisis and created a Facebook page, Tom’s Fishing Guide Service.

Ken Maurer, co-owner of Southside Sports Bait and Tackle in Sunbury and a certified fishing guide, said business has been so brisk because of a surge in recreational fishing that he’s struggled to keep inventory on the shelves.

“It’s a pleasant problem. We’re definitely seeing an uptick in business,” said Maurer who this spring experienced his best season in 25 years as a result of COVID-19. “It’s easy to social distance when you’re fishing and it puts you outside.”

Customers in Rob Smith’s Bait Barrels and Bows shop in Trevorton are taking advantage of the extended free time to get back to an old hobby, he said.

“Guys that haven’t been fishing in years are getting their fishing licenses and taking their kids out,” he said. “A lot of people used to be tied up with football, basketball, and other sports that they didn’t have any time. Now they have a lot of it.”

Angling along the Susquehanna River in Sunbury Sunday afternoon, longtime fishing enthusiast Mike Garber, of Shamokin, lamented the surge of fisherman on the water.

“It’s rough. I can’t find hooks, weights, bells or live bait. It’s gone as soon as they put it on the shelves,” he said, though he does expect it will be a boon for the state’s Fish and Game Commission and local businesses.

The increased interest in the state's waterways has caused the Fish and Boat Commission to spend money on marketing the need for social distancing instead of marketing its resources, Parker said.

Maurer, who like Prowant charges $200 for a four-hour fishing guide on the Susquehanna River, joked that he’s getting tired of angling.

“I’ve been out on the river six nights in a row,” he said.

Prowant had let his fishing guide license lapse for several years before he jumped back into the business amid the pandemic, offering trips for bass, walleye, musky and catfish.

“My goal is to bring people out on the river and have a great experience,” he said while casting from his 17-foot Crestliner that he’s equipped with numerous rods and adorned with neon stickers that cast a glow during evening fishing.

Sam Allen learned to fish under Prowant’s tutelage and when he heard his fishing mentor was giving guided tours, he made an appointment.

“It was a great way to catch up with everything that’s going on,” Allen said. “All you have to do is bring yourself. Tom has tthe rods, the bait and knows the best spots on the river. And he explains everything.”

During the recent fishing trip, Allen caught an 11-pound flathead catfish. “My personal best,” he said.

Now that people are staying close to home, Prowant and Maurer hope more will take an interest in the river that runs through the Valley.

Maurer has taken people from across the country out on the Susquehanna River and impressed them.