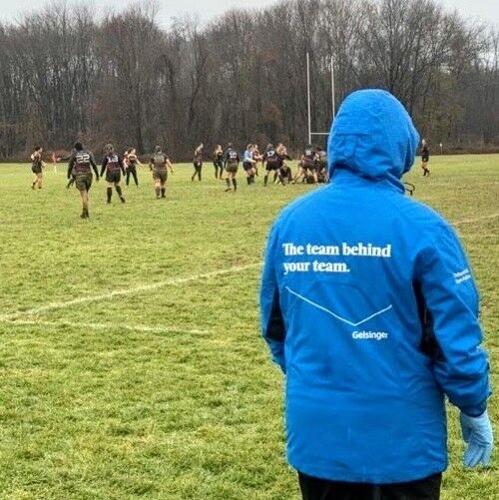 This jacket proclaims the mission of sports professionals, who note that they really are the team behind the sports team. 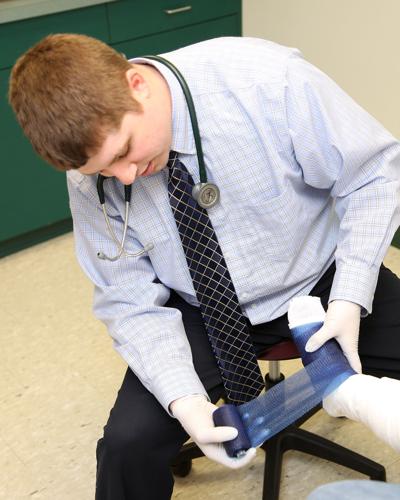 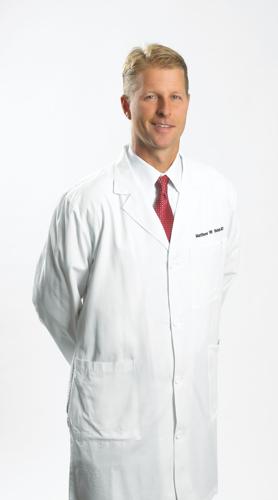 Dr. Matthew Reish, an orthopaedic surgeon at SUN Orthopaedics of Evangelical, explains that orthopedics is a branch of medicine that focuses on the care of the musculoskeletal system — one of the most important ones if you're an athlete! 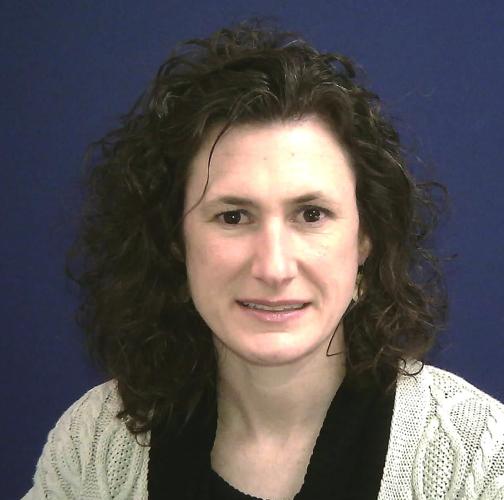 This jacket proclaims the mission of sports professionals, who note that they really are the team behind the sports team.

Dr. Matthew Reish, an orthopaedic surgeon at SUN Orthopaedics of Evangelical, explains that orthopedics is a branch of medicine that focuses on the care of the musculoskeletal system — one of the most important ones if you're an athlete!

With fall sports starting and some schools set to return to classes in August, sports medicine professionals from Evangelical Community Hospital, Geisinger and UPMC will be there to oversee training, to be on site for games and to care for students who are injured.

Dr. Matthew Reish, an orthopaedic surgeon at SUN Orthopaedics of Evangelical, said orthopedics is a branch of medicine that focuses on the care of the musculoskeletal system. Sports medicine is a branch of orthopedics that specializes in treating sports-related injuries in athletes, including acute injuries, ligament or tendon injuries or chronic overuse injuries.

“The important part is being involved throughout,” said Reish. “Athletes need to have a proper training method. The timing of their training is really critical. There are sports specific methods of training to simulate what athletes will experience on the field, diamond, pool. It’s important to be ready to go for that sports season.”

Reish said the more prepared an athlete is in the off season, the more they can maintain physical fitness, activity level, strength and conditioning and flexibility and that translates to success when the season starts, he said.

Reish said each sport has its own nuances. Football is a collision and contact sport, which makes it different than other sports. Long-distance endurance sports have different focuses and conditions so the athlete can maintain their competitiveness.

“Those kinds of preparations are sports specific,” he said. “It’s important to have pre-season camps to get the body ready so you’re at your peak when it’s game time, when the season starts. You want to be in shape and fine tune it in pre-season. It allows athletes to be less likely to have an injury when the season is ramping up.”

In general, Reish said more significant injuries occur in sports where there’s contact or collision, including football, men’s lacrosse, and rugby, and even men and women’s soccer, which has become more physical.

Edward Gusick, a doctor of Osteopathic Medicine who specializes in sports medicine at UPMC in Northcentral Pennsylvania, has an out-patient clinic and works at events and on the sidelines.

Gusick said students work out during the summer — or off season — when they aren’t participating in sports. and many trainers are still involved in the athletes routines in school gyms to “teach proper technique on how to lift; how to breathe while they’re lifting; how much to lift; different exercises to target different muscles. (Trainers are) doing a lot of pre-season, out-of-season workouts at several high schools around the area.”

If a student is in the clinic, he or she likely has an injury or is recovering from an injury to get them ready for an upcoming season, said Gusick.

“We see a lot of kids from cross country with their own set of injuries or volleyball players with their set of injuries,” said Gusick. “Any sport has its uniqueness that brings them into the clinic. In the fall, it does tend to be men’s and women’s soccer and football because of the collision or contact level from those sports. They all have their own inherent ability to have injuries specific to that sport.”

“Right now, a lot of schools are getting their sports participation physicals ready,” said Larsen. “We’re working with them out of their schools to run those that have to be completed by the PIAA (Pennsy;vania Interscholastic Athletic Association). It’s a lot of prep work. A lot of the work right now is reminding and education about staying hydrated, keeping some form of exercise to keep cardio up.”

Larsen said the program has provided “immediate access” to athletes in communities. Athletic trainers are there every day after school to help with training, cover events and work closely with athletic administration in each school district to ensure protocols are in place for emergency action plans, including injuries, return-to-play and weather.

They evaluate injuries right on the field or sidelines to determine the extent of the injury and decide the next step in treatment, if needed, said Larsen.

McElroy said pre season conditioning and heat acclimation are important in order to avoid heat illness, heat strokes or heat cramps. It is typical in the first week of practice or games for athletes to be pulled because their fitness isn’t where it should be for the start of the season, he said.

“It’s called impact testing,” he said. “You’re getting an athlete coming into a season, and you’re assuming they have a normal functioning brain. Everybody is working at a different level with their brain. You get a baseline for that individual so you can compare what that brain is doing normally to an injured brain in a concussion scenario.”

Prior to the season, Gusick said athletes will get tested and the baseline is stored with their names. If anything happens during their tenure as an athlete, doctors will refer to that when the athlete is being checked for concussions.

Even without a personal baseline, Gusick said student athletes can be compared to average gender and age baselines.

“They know a ninth grade female playing soccer with no learning disabilities will generally score in different ranges, so they can estimate where they should be,” said McElroy. “We try to provide an opportunity to do baseline testing. If there’s a chance they have a concussion, we can put objective testing together to understand when their brain is back to functioning where they should.”

As an athlete is going through recovery, a doctor can determine when they are back to their normal functions and ready to return to the game or season, said Reish.

Most athletes want to continue to play in the heat of the moment. Sometimes it’s hard to step back from the competition, so having someone on the field to assess and understand the signs and symptoms of head injuries is important, said Reish.

The goal is to determine whether an athlete can safely go back into the game or if medical attention is needed, he said.

Sports medicine and athletic trainers aren’t necessarily new, but the idea of having one at each school is becoming more popular and needed, said Gusick.

“Athletic trainers do a great job at assessing injuries quickly and making return-to-play decisions,” said Gusick. “They decide whether it’s something to watch, go to the ER right away, or out-patient management.”