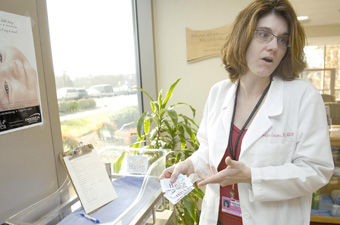 Jen Leister, director of maternal child nursing at Evangelical Community Hospital in Lewisburg, explains on Wednesday what resources the hospital offers to mothers wanting to use the state�s Safe Haven law that allows them to turn over their unwanted newborns to any hospital, no questions asked. 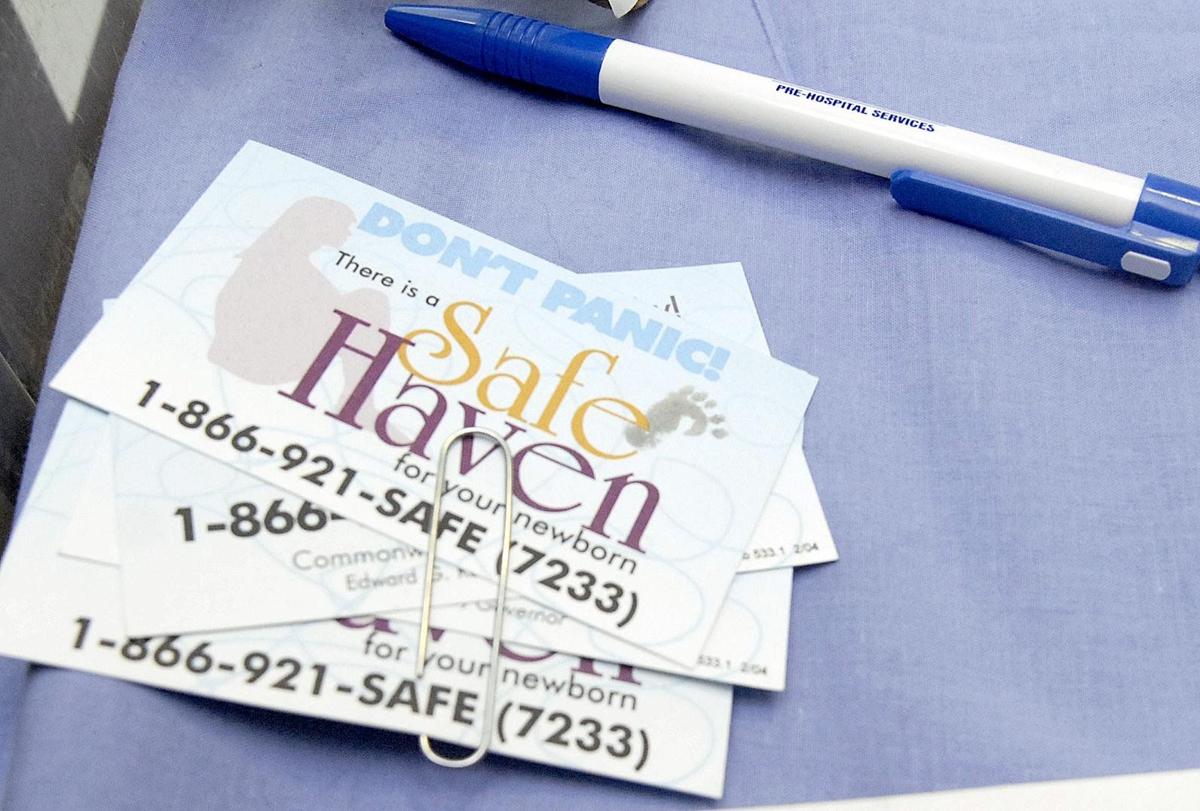 Cards are placed in the bassinet of Evangelical Community Hospital?s Safe Haven dropoff.

Jen Leister, director of maternal child nursing at Evangelical Community Hospital in Lewisburg, explains on Wednesday what resources the hospital offers to mothers wanting to use the state�s Safe Haven law that allows them to turn over their unwanted newborns to any hospital, no questions asked.

Cards are placed in the bassinet of Evangelical Community Hospital?s Safe Haven dropoff.

LEWISBURG — The newborn found in a garbage bag outside a Berwick man’s home in freezing weather Saturday could have been left at any local hospital instead, officials said. The girl — who Berwick police said was born hours before being abandoned — could have been safely dropped off at any hospital without either parent facing reprimand, criminal charges or even a single question by hospital staff, according to Jen Leister, director of maternal child nursing at Evangelical Community Hospital in Lewisburg. “It’s sad to think about the number of babies being abandoned and discarded,” Leister said. “There is no need to do that, because there is a safe alternative where parents can hand over their baby without even having to speak to anyone.” For the past five years, all Pennsylvania hospitals have been considered safe havens for abandoned newborns based on the Newborn Protection Act, which allows parents to leave a baby in the care of a hospital without being criminally liable as long as the baby is no older than 28 days and is not harmed. Since the act took effect, 12 babies have been relinquished and all have since been adopted, state officials said. All Valley hospitals have safe haven policies, including Evangelical, which has a bassinet stationed inside next to the emergency department door where babies can be left. However, officials say no babies have been abandoned in any of the local hospitals. “It can happen, especially when women or teenage girls have an unplanned pregnancy and feel they are in a crisis,” Leister said. “They may feel a need to do something desperate, because they’re afraid.” Leister said Evangelical’s safe haven location is set up at the 24-hour emergency department, so if a baby is abandoned a staffer can immediately notice and take care of the newborn. Once a medical exam is completed and any medical issues addressed, the local children and youth department assumes custody. Dr. John Skiendzielewski, director of emergency medicine at Geisinger Medical Center in Danville, where the Berwick newborn remained in fair condition as of Thursday night, said there are many medical concerns for the baby and mother that come into play from giving birth without medical supervision. The serious health concern is another reason why mothers giving birth in secrecy — then thinking about abandoning the baby — should visit the hospital instead, Skiendzielewski said. “There is always worry about bleeding after a delivery, and of course infection, would be two things most troublesome for the mother,” said Skiendzielewski, adding that the emergency department would also treat the mother. “With the newborn, we need to make sure the child is breathing adequately and has no congenital problems like heart disease. A newborn also tends to be very cold and hypothermic, so we watch for that. Anytime there is a delivery in an unsterile environment, you always worry about infection too.” A key component to the safe haven policy is anonymity. No questions are asked of the parents, Leister said. “We have a questionnaire on a clipboard at the bassinet, so the parents can provide basic medical history of the newborn if they choose to,” Leister said. “We also have small cards of information and even an addressed envelope to the hospital, so the parent can check on the newborn after they leave.” Regardless of the stress and fear, Skiendzielewski said parents who don’t want their newborns shouldn’t make drastic decisions like abandoning the baby in remote or hidden locations. “There are plenty of folks around who would like to adopt an infant,” Skiendzielewski said. “The decision should never come to dropping off a child in a place where it might be unsafe. The hospital is here to ensure the child can live a happy and healthy life.” Leister said understanding the situation is simple: It’s not illegal to give birth and then relinquish custody to a hospital, but it’s illegal to dump a newborn and leave it for dead. “We’re not here to criticize the parents,” Leister said. “It’s all about doing the right thing and making sure the baby is safe and healthy.” n E-mail comments to jnorth@dailyitem.com.