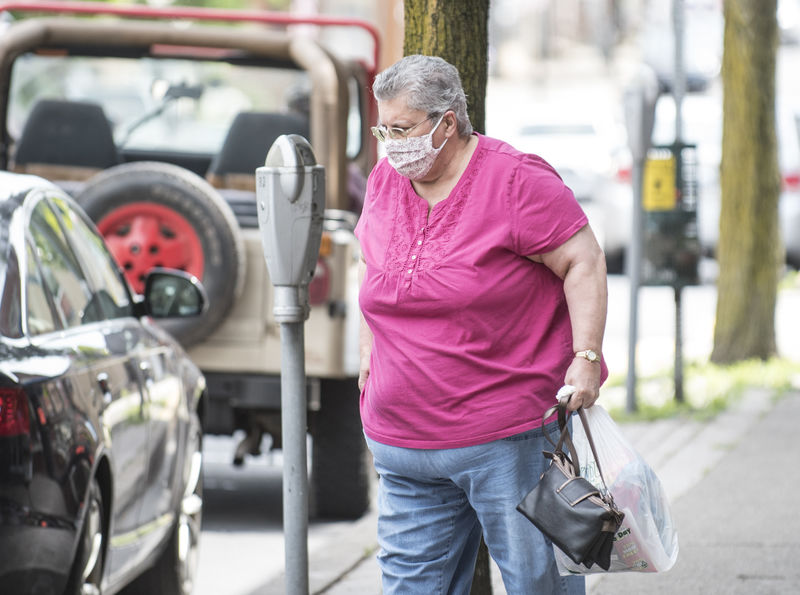 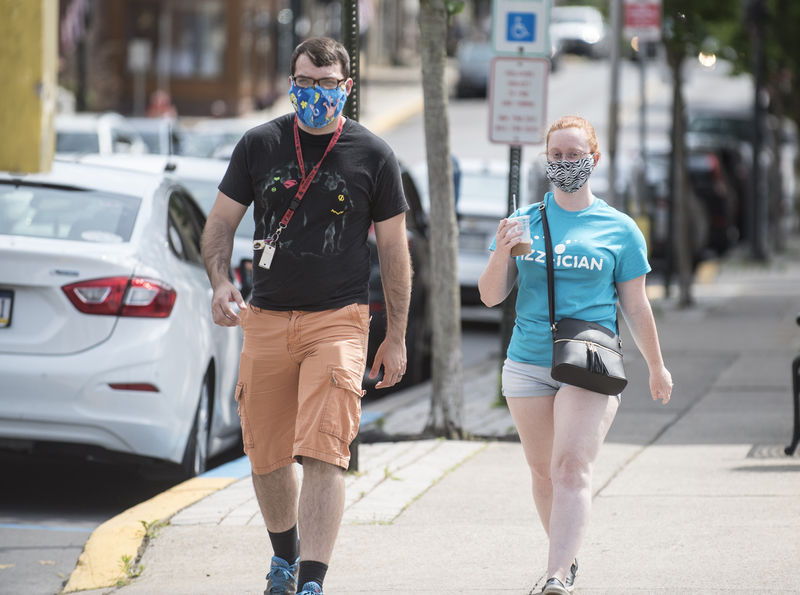 Wearing masks to potentially reduce the spread of COVID-19 remains a divisive issue as Pennsylvania continues to reopen and some states report cases surging to the highest total since the pandemic began in April.

Some Valley residents say they wear them whenever required. Others call wearing a mask a minor inconvenience but understand the reason behind the request, while others say their individual rights won’t be infringed upon.

According to a Pew Research Center survey, two-thirds of Americans say they wear a mask in stores or businesses all or most of the time. Another 15 percent say some of the time, while nine percent said rarely and seven percent said they never wear a mask.

The reaction across the Valley is, as is the case across the country, mixed.

“When I'm in a building, I will honor the request but don't feel it's doing any benefit since most don't obey the request,” said Patty Kratzer, of Middleburg. “So how are they helping then in the end? Anywhere I must wear a mask for entrance makes me limit the amount of time I spend in that establishment or even avoid it, which is not beneficial for the economy.”

Wearing a mask, especially a cloth one, is the bare minimum people can do to protect others, she said. There’s a caveat, of course: they must be worn correctly — fit snugly over the mouth and nose.

“Homemade masks are an imperfect tool but an easy tool,” the Lewisburg resident and community activist said. “If used by everyone, they could be incredibly effective.”

The coronavirus is spread person-to-person among those within close proximity. It’s flung airborne through respiratory droplets when people cough, sneeze or talk, according to the Centers for Disease Control and Prevention.

The CDC recommends on its website in plain language that people should wear cloth masks “in public settings where other social distancing measures are difficult to maintain (e.g., grocery stores and pharmacies) especially in areas of significant community-based transmission.”

Keep it on, maintain a social distance of 6 feet and practice good hygiene like frequently washing and sanitizing hands, the agency states.

There are simple directions under the Coronavirus section of www.cdc.gov to fashion homemade masks along with basic guidance to properly wear them.

“It doesn’t seem like that much to ask,” Pearson said.

Walking in downtown Danville on Thursday, Nick Vukaj and Diana Masteller both had masks on, they said, to protect others.

"It’s inconvenient," Vukaj said, "but wearing it shows that you care about another person. I wear one to protect to myself and others."

“Those who don't wear it because it's an inconvenience to them, are partially to blame for the spread,” said AJ Weaver, of Selinsgrove. “In my opinion, the ones saying ‘I'm not wearing it’ are the selfish ones who don't care about other people's well-being. If surgeons can wear them for hours on end, anyone can wear them for 30 minutes. I wear mine in every public place so, in case I potentially have it, I don't spread it. In my opinion, not wearing your mask in public places or businesses is a selfish act that can potentially kill others.”

Brian and Sierra Clark were not wearing face masks when they were strolling through downtown Lewisburg on Thursday afternoon, but they had masks with them.

“We think if you’re walking down the street like this, you don’t have to wear them,” said Brian, 24. “If you’re going in some place where there are a lot of people, you should wear them.”

“Going in any establishment,” added Sierra, 23, a Turbotville native. The husband and wife were visiting family. They live in Maine.

"I would wear my mask all the time,” said Ruth Wertz, 55, of Lewisburg.

Wertz, who works as a dishwasher at the Bull Run Tap House, in Lewisburg, said she doesn’t need to wear a mask at her work station because she is by herself. “The only time I have to wear one is if I go out to the bar,” she said.

Some don't wear masks for medical reasons. When they do, the weather can dictate when they are removed.

"I haven’t worn a mask since the day we hit yellow phase,” said Teresa Rhoads, of Sunbury. “I don’t wear it because it poses issues for my asthma. Now I have noticed that with the doctor's office style and K95, I can wear those longer before it starts to become an issue but fabric masks, I’m maxed at about 20 minutes depending on how hot and humid it is out.”

“I do however feel like he has been overly assertive in his ‘suggestion’ to wear them to the point that stores have signs that say they’re required by law when it’s not a law,” she said.

People can wear them if they want to, she said.

“To each their own I say. That’s why we have our freedom, right?” said Rhoads.

“We are now seeing an upswing of COVID cases in other states, mostly with younger people as they were some of the first to congregate and socialize as counties and states turned green,” said Pamela Burns, of Selinsgrove. “My fear is that even though we are in a somewhat rural, isolated area, the same will happen here. Yes, I would rather not wear a mask, but it is a minor inconvenience compared to the health of my family and friends.”

John Costa, of Gowen City, said he doesn’t wear a mask because it doesn’t make logical sense to him.

Costa said he thinks the virus is overplayed.

“My life has changed very little,” he said. “I still have to get up, go to work and pay the bills. I feel if I’m going to contract a virus, I’m going to do it anywhere not just in a store or in a restaurant. It is my belief that it has everything to do with your immune system not your ability to wear a mask or stand 6 feet away from someone.”

Briana Artz, of Selinsgrove, said she is not wearing masks.

“Masks only protect you from spreading your germs. It doesn’t prevent other’s germs from going through your mask,” she said. “I feel we should all have an individual choice on wearing them. I think it’s out there but that it’s been overplayed over-exaggerated."

Vukaj said he has been concerned with the outbreaks he is seeing around the nation and even in some parts of Pennsylvania. By Friday, 66 of Pennsylvania's 67 counties will be green.

"A lot people think green means go, everything is back to normal," he said. "But I've been seeing more people without masks especially in big crowds and that's worrisome."

POLL: How often do you wear a mask when in stores or businesses?