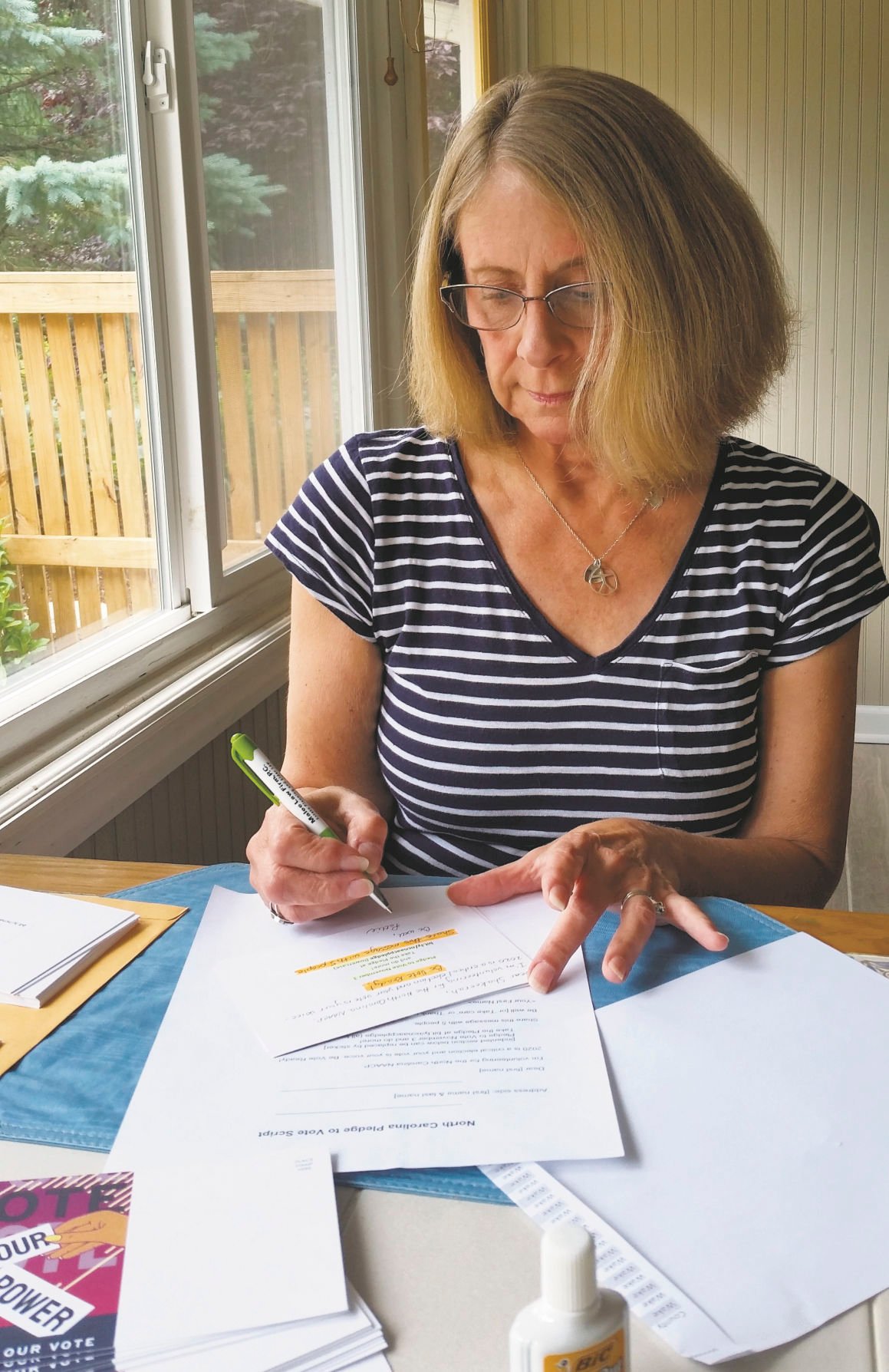 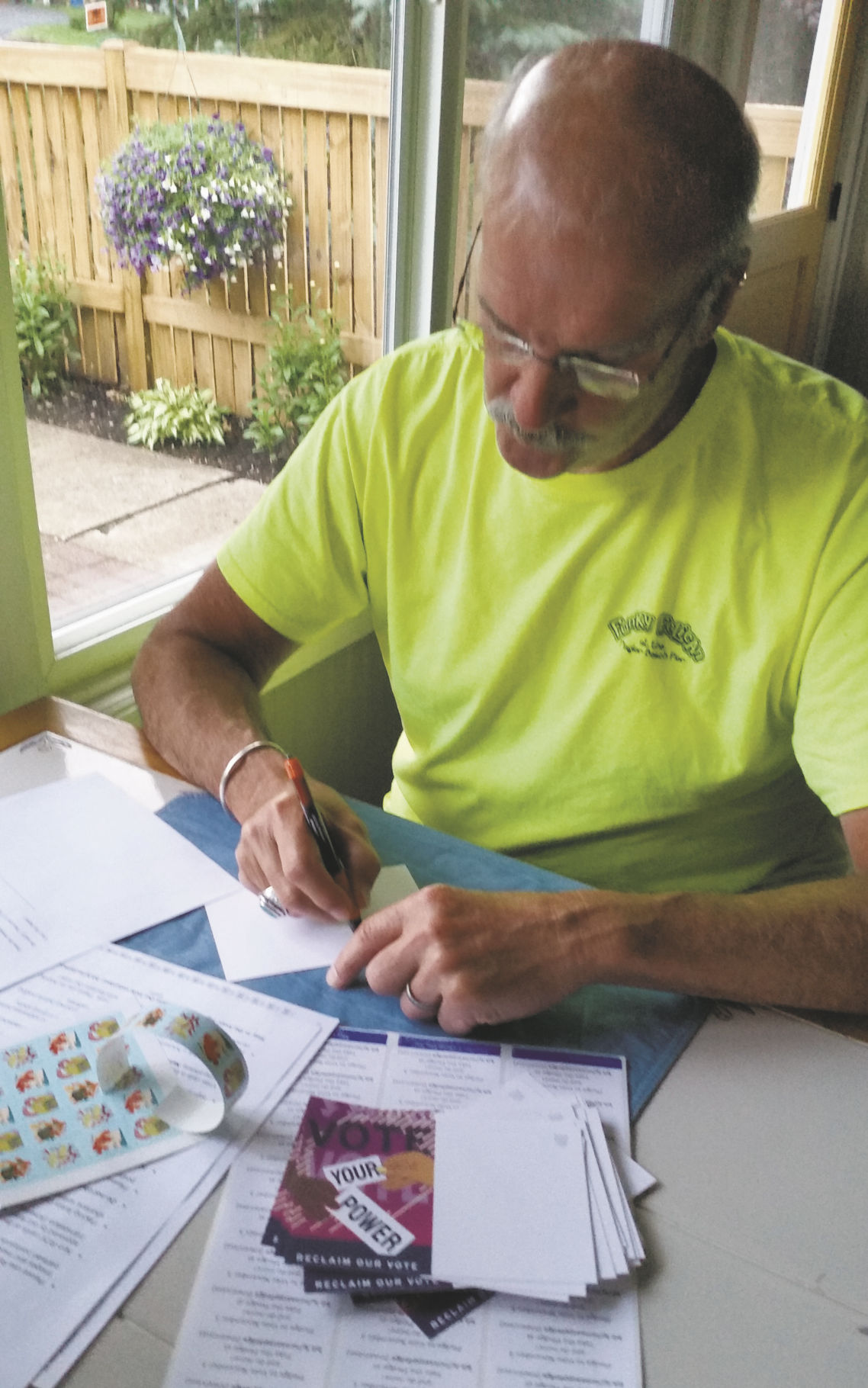 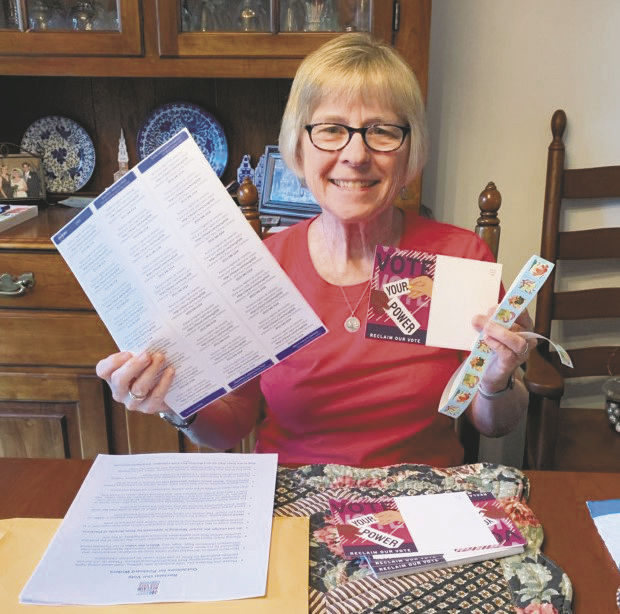 SVES President Pattie Arduini said 16 volunteers wrote out 480 postcards to send to voters of color in North Carolina and Texas who may have been purged from voter rolls. The SVES is one of 12 members of the Societies of the American Ethical Union that is partnering with the Reclaim Our Vote (ROV) campaign.

“Typically we are out in our community working on these projects, but with COVID-19, we don’t meet physically right now (at its Lewisburg headquarters),” said Arduini. “Our AEU decided we can’t be silent, we can’t take this break because of COVID. We were in search of something we could participate in while still in our homes.”

Previous ROV campaigns have resulted in successful outcomes. So far, more than 1.3 million postcards have been sent this year. In 2019, 25 percent of deregistered voters in North Carolina’s 3rd Congressional District registered to vote ahead of the special election.

The campaign has an overall goal of increasing turnout among voters of color by at least 20 percent compared to 2016.

Volunteers on Thursday were given packets by Arduini with postcards, instructions and stamps to send out to Texas and North Carolina. The message on the postcards included information about what the organization is, that this election on Nov. 3 is important, that their vote is their voice and a request to pledge to vote.

“It was totally non-partisan, we have no idea what party they might be,” said Arduini. “All we want to do is be sure they know they have the right to vote, that they will vote and that’s the only way their voices will be heard.”

“This helps get the word out on those who may be disenfranchised because they have been purged or they think their vote doesn’t really count,” said SVES member Mike Arduini. “We’re outsiders encouraging them, that their vote is their voice and it’s the only way for them to express their choice.”