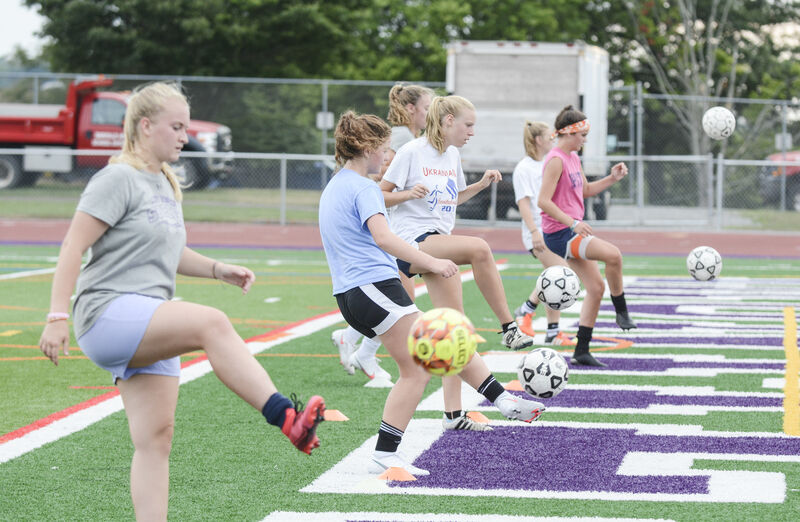 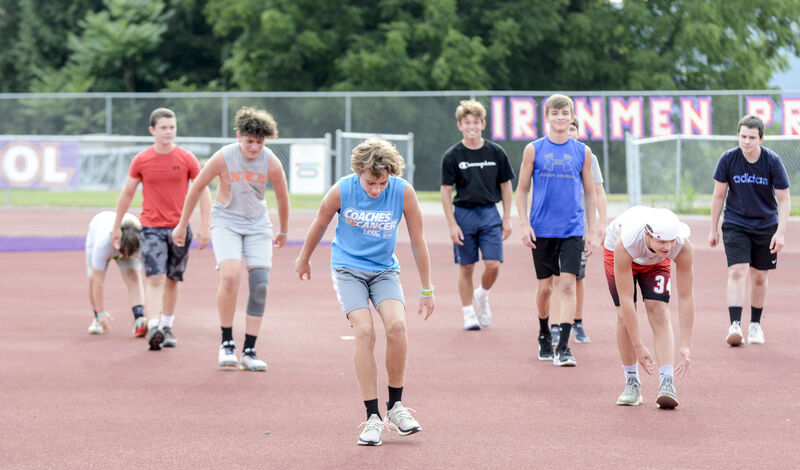 Members of Danville’s junior high football team warm up before a workout Thursday. 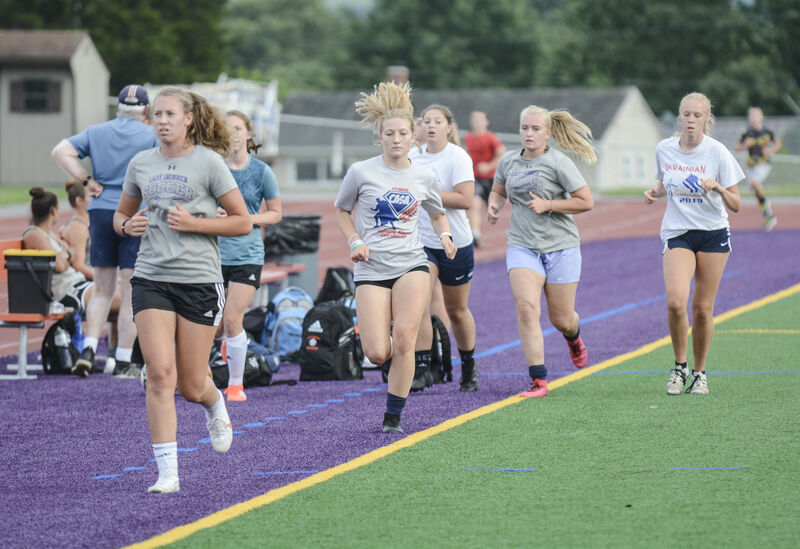 Robert Inglis/The Daily Item Members of Danville's girls soccer team run laps at the start of their workout on Thursday.

Members of Danville’s junior high football team warm up before a workout Thursday.

Robert Inglis/The Daily Item Members of Danville's girls soccer team run laps at the start of their workout on Thursday.

HARRISBURG — Gov. Tom Wolf recommended Thursday that schools cancel fall sports, saying anything that creates a crowd is going to help the spread of coronavirus.

“The recommendation is we don’t do any sports until Jan. 1,” Wolf said.

Later in the day, Wolf’s office released a written statement clarifying that his recommended ban on fall sports would cover all youth sports, from students in grades K-12, and include both in-school and out-of-school leagues. The statement said the guidance is a “strong recommendation” and not an order.

The abrupt announcement came at the end of a press conference about expanding COVID-19 testing and days after state health officials had indicated they were crafting guidelines regarding whether to allow fans at high school sporting events.

“The guidance is we ought to avoid congregate settings,” Wolf said. “Anytime we get together for any reason that’s a problem.”

Valley athletic directors and coaches said they were disappointed by the governor’s suggestion.

“Athletically, we’ve been doing summer workouts without any incidents,” Lewisburg Athletic Director Joe Faust said. “I certainly hope the kids have an opportunity to perform. … It’s such a hard pill to swallow because there’s been no definitive response from anybody at any level. I think all the ADs are looking for better guidance.”

Roz Erb, the Selinsgrove High School varsity field hockey head coach, was disheartened by the timing of the state’s recommendation. Her Seals, like other fall sports teams in the commonwealth, have participated in voluntary workouts since July 1 with formal practices set to begin Aug. 17.

“I know things change every day, but to this point we’ve jumped through hoop after hoop in terms of the health and safety protocols, and the kids have been great with following the guidelines and social distancing,” said Erb. “I’ve tried to temper things the whole way. From the first workout in July, I said, ‘You guys may just have this (opportunity to play).’ We got through five weeks, and the kids’ hopes are up.

“So it was disappointing today for the kids, for the program and for myself.”

The governor’s announcement about fall school sports came after the Pennsylvania Interscholastic Athletic Association had already voted to allow sports to move forward. Under the PIAA’s plan, sports teams were due to begin playing games as soon as Aug. 20, when golf matches were due to begin.

House Majority Leader Kerry Benninghoff, R-Centre County, blasted Wolf for overruling the PIAA after the sports body had “paved the way for sports to safely resume.”

Benninghoff added: “The governor today issued another unilateral ‘recommendation’ — made without any advance notice — that is devastating for student-athletes, parents and communities.”

State Sen. Scott Martin, R-Lancaster, called Wolf’s announcement, “an 11th-hour decision” made by the governor without providing the public with the data to justify it.

“This is, of course, after he entrusted the PIAA and local districts to develop responsible plans that protect the health of our young athletes — something each has been working tirelessly to do,” Martin said. “The fact is that school sports play an extremely positive role in the mental health of our children, their health, their development and we should not give up on them so easily,” he said

PIAA officials said they were “tremendously disappointed” by Wolf’s announcement and said its board of trustees will meet today to discuss how to respond.

At a press conference on Monday, Wolf said state officials hadn’t worked out what guidance they would provide, but he also provided no indication a complete ban on fall sports was in the offing.

UPDATE Reopening schools in the Valley