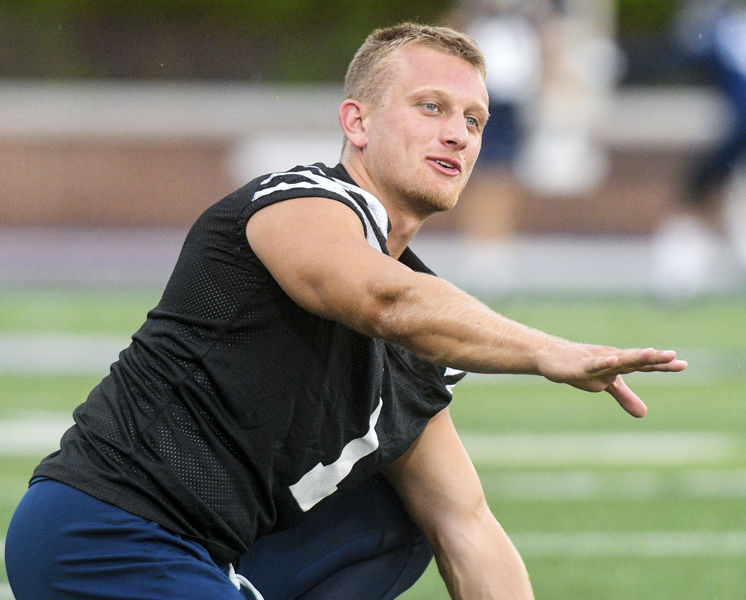 Bucknell punter Alex Pechin prepares to handle a long snap during a practice last season. Pechin is completing his final semester of college online while preparing for next month’s NFL Draft. 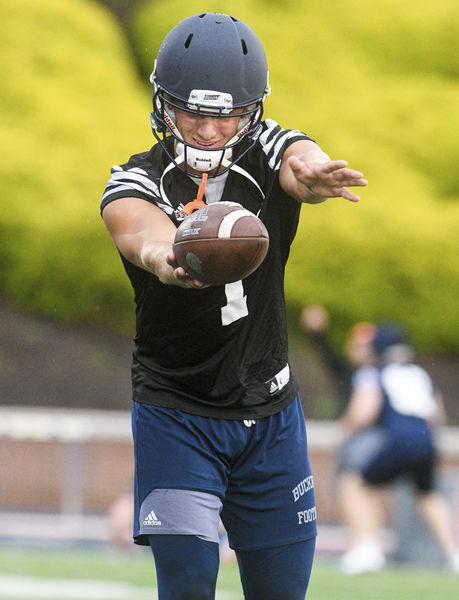 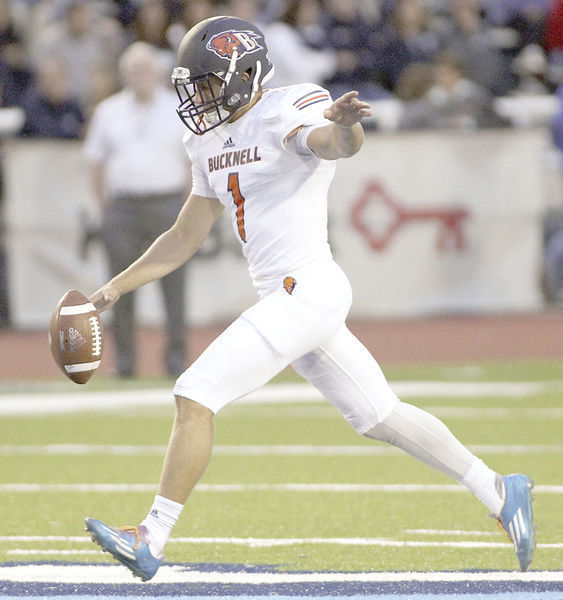 Bucknell’s Alex Pechin punts during a 2018 football game. Pechin is completing his last semester of school online while preparing for the NFL Draft.

Bucknell punter Alex Pechin prepares to handle a long snap during a practice last season. Pechin is completing his final semester of college online while preparing for next month’s NFL Draft.

Bucknell’s Alex Pechin punts during a 2018 football game. Pechin is completing his last semester of school online while preparing for the NFL Draft.

Bucknell punter Alex Pechin designed his class schedule so his last semester would be fairly easy, allowing him to focus on preparing for the NFL Draft.

That decision ended up being even more beneficial for the senior, as Bucknell shifts to online classes in an effort to limit the spread of the coronavirus.

“This is by far my least rigorous semester, which is nice,” Pechin said. “I have three courses, and they’re all electives, but one is a science elective. It would be really, really hard if I had a lab. I can’t imagine learning fluid dynamics online.”

Pechin — who has a 3.90 GPA as a double major in biomedical engineering and management for engineers — said his science elective was a research credit that was mostly done online.

“I’m grateful for that,” Pechin said. “I know it could be really tough for some kids, depending on their courses.”

Pechin, who is from Kennett Square, has been forced to work out at home as he prepares for what he hopes is a professional football career.

“I’ve been lifting weights; I have a big hill in my backyard, so I’ve been doing hill runs,” Pechin said. “You’ve got to make do with what you have. I’m going to keep punting. Hopefully, I can find a big place where I can be by myself. Luckily I don’t need other people, just room. That’s the good part of being a punter.”

The unfortunate part for the All-American is he won’t be able to show anything more to teams in person. He participated at the NFL Scouting Combine in Indianapolis in late February. At 6-foot-1, 213 pounds, he ran the 40-yard dash in 4.69 seconds, and had a 34-inch vertical leap during individual testing.

“There’s no more visits and no more workouts, so it’s pretty hard to prove yourself — especially if a new team wants to look at you,” Pechin said. “I have to rely on what I’ve already done.”

What he has done, though, is pretty impressive.

As a fifth-year senior this past season, Pechin was honored by every entity that selects an All-America team. Notably, by being named to the AP, AFCA, STATS and Walter Camp teams, he became the Patriot League’s 14th consensus All-American. He became the second Patriot League specialist to achieve this feat, joining Fordham kicker Patrick Murray (2012).

Pechin broke his own single-season school record in punting average by 2.2 yards. His 47.3 average led the FCS by 1.3 yards, broke the Patriot League record by 1.3 yards, and ranked seventh in FCS history. He also raised his career average to 44.5, a figure good for fifth in FCS annals.

Pechin was also named the inaugural FCS Punter of the Year, and won the FCS Doris Robinson Scholar-Athlete Award winner as the FCS’s top scholar-athlete.

“Alex is amazing,” Bucknell coach Dave Cecchini said. “I have never seen a punter with the leadership skills he has. He gets it done in the classroom and on the field. ... He’s the total package.

“Of all of the schools I’ve been a part of, I’ve never seen a punter who is so talented.”

That was before Pechin competed in the East-West Shrine Bowl, the NFL Combine, and held his pro day for scouts.

“I was thinking about having my pro day later in March, but we decided to go early,” Pechin said. “I was lucky enough to get it all in. I’m definitely in a better spot than some people. I didn’t know any better; I’m just grateful it worked out.”

The NFL Draft is scheduled for April 23-25 in Las Vegas. Pechin’s draft grade, according to NFL.com, gives him a “chance to make end of (a) roster or practice squad.”

Pechin said he relatively pleased with his performance in front of NFL coaches and scouts over the last couple months.

“I was decently happy,” Pechin said. “There were a couple punts I wish I could have back, but I’ve never had a workout where I didn’t feel that way. That’s just the kind of person I am. Hopefully the coaches agreed because what I think doesn’t really matter.”

Pechin stood out with his 4.69 40-yard dash at the combine, which was the fastest of all specialists.

“I think that’s pretty cool,” Pechin said. “I had no idea what I was going to run. I was happy to get under that 4.7 barrier. Now I have something to say when my buddies give me a hard time about being slow.”

Pechin has remained upbeat despite the coronavirus pandemic wreaking havoc on the final three months of his college experience.

“I’m the least sad of a lot of people that I know,” Pechin said. “I know that I’m going to see my good friends after this passes.”

Pechin said he was focused on making the most of his time at home.

“This situation is extremely serious and extremely sad, but I can’t let it get in the way of my goals,” Pechin said. “It stinks, but I’m trying to be optimistic.”