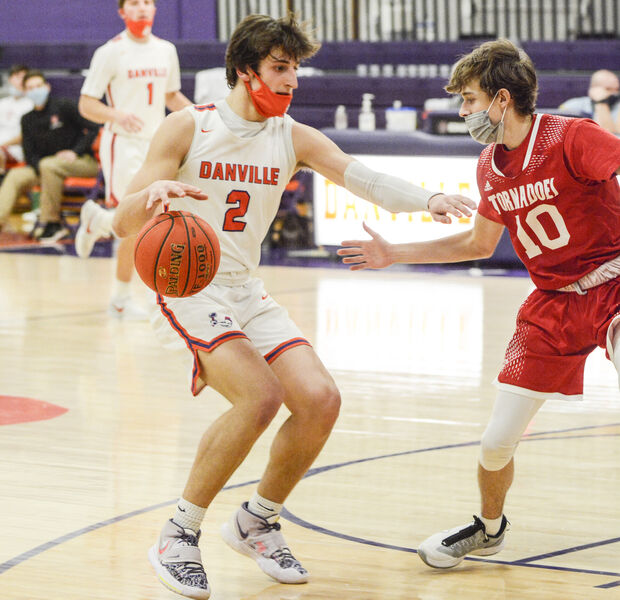 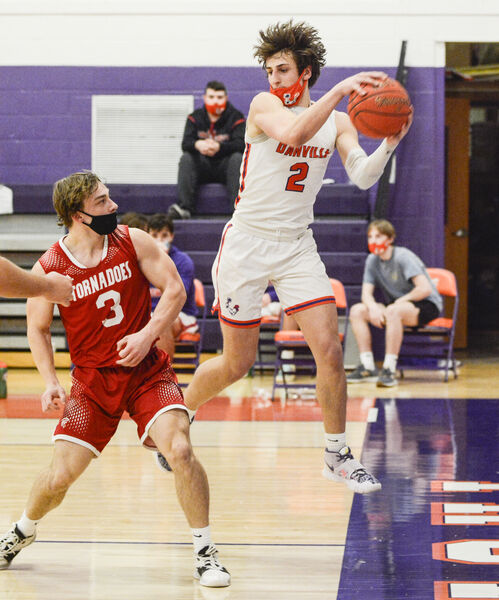 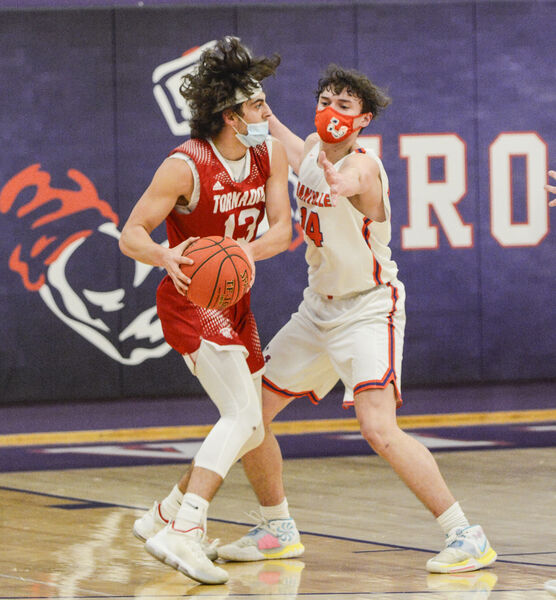 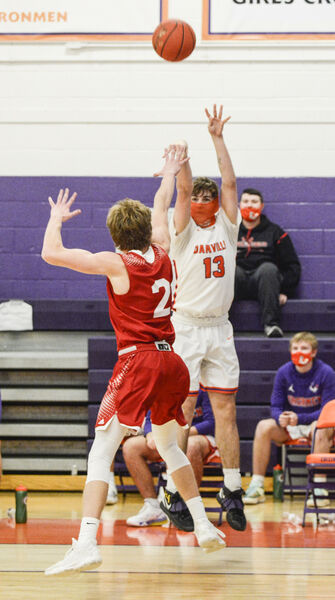 Danville’s Dante Harward gets a shot off over Mount Carmel’s Michael Balichik on Wednesday. 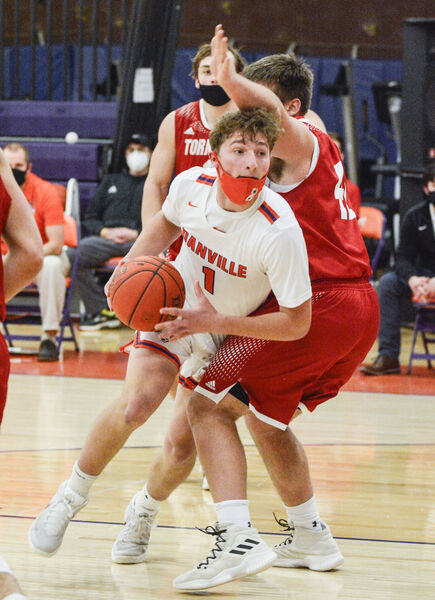 Danville’s Dante Harward gets a shot off over Mount Carmel’s Michael Balichik on Wednesday.

Jagger Dressler had 25 points, and Dante Harward added 20 as Danville ran away from Mount Carmel, 83-58, in a Heartland Athletic Conference crossover contest Wednesday.

It was the second straight game — Mount Carmel lost to Loyalsock, 85-73, on Feb. 10 — the Red Tornadoes couldn't put together a complete game against one of the top teams in District 4.

The Red Tornadoes were the perfect matchup for the Ironmen. The game was an up-and-down, fast-paced game from the tip.

"Anytime we can get out and run, and play the game at our pace, it's always a good night," Dressler said.

Danville (12-1) got off to a quick start, opening up a nine-point advantage over the Red Tornadoes (10-4) at 11-2 just 2:44 into the game. It was a theme for the evening for Mount Carmel, which never got comfortable offensively against the Ironmen.

"We just didn't play well. It wasn't one thing. We'd play well defensively, but give up an offensive rebound, and it wasn't just one kid — a guard would miss a box out, or the next time, a big wouldn't get a body on somebody," Lazicki added. "We didn't shoot well again. Between this game (3-of-14 from 3-point range) and Loyalsock (1-of-20), we've had our worst stretch of shooting of the season."

Mount Carmel stayed in the game early, getting within five points at 19-14 late in the first quarter, but the Ironmen offense was potent. An 11-0 run bridging the first and second quarters built the lead to 30-14 when Harward found a wide-open Dressler underneath the bucket just 20 seconds into the second quarter.

When Dressler scored his 19th point of the game to open the second half, the Ironmen led by 22 and the rout looked to be on. However, Danville got sloppy with the ball, and Mount Carmel was nearly able to get back into the game.

The Red Tornadoes pulled within 15 on two Michael Balichik foul shots with 3:57 left in the third quarter.

"I thought we played well in spots, but we had some foul trouble, and we interrupt ourselves sometimes," Danville coach Gary Grozier said. "We talked some about our decision-making, but, again, if the ball is going in everybody is happy; if it doesn't, everybody is throwing their hands in the air, wondering what is going on. It's something we have to get used to it.

Ironmen senior Charlie Betz answered the Mount Carmel run with back-to-back 3-pointers to push the lead to 61-39. Betz finished with a career-high 13 points, including four 3-pointers off the bench.

Did not score: Julien Stellar.