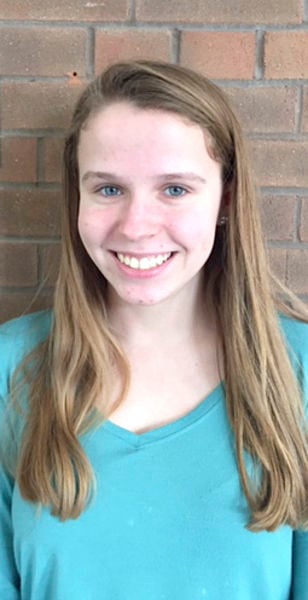 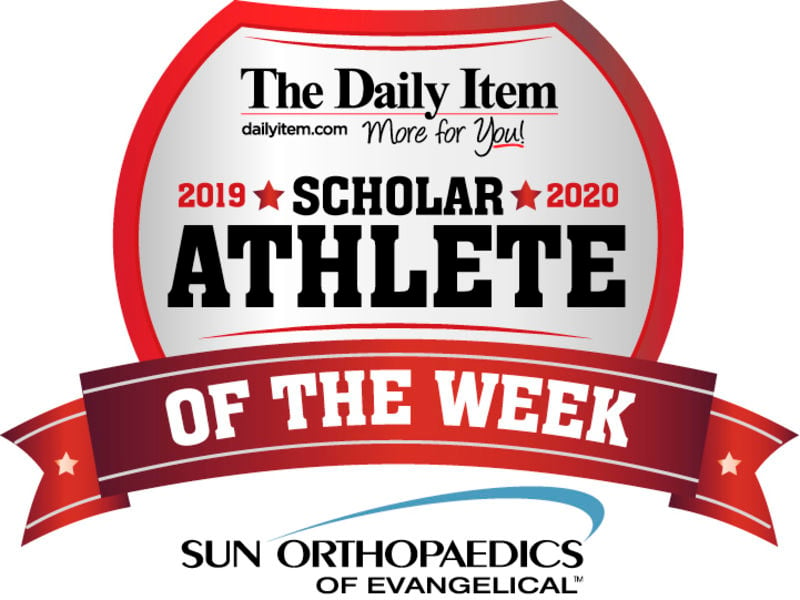 Blake Hardin wants to compete and pitch in however possible.

The Danville senior is willing to embrace the challenge generated by any individual swimming event — regardless of the stroke and the distance involved.

“I’ve never been the best, but I’ve been pretty good,” said Hardin, who thus far this season has taken on the 100- and 500-yard freestyle events, swam a leg on Danville’s 400 free relay and even tackled the butterfly leg of the 200 medley relay.

“So, I like to help my team wherever I can and a lot of times meets come down to needing points, not just the first-place points, and that’s where I come in and how I’m able to really help my team.”

Hardin’s efforts — and Danville’s collective performances — have resulted in a terrific start as the Ironmen girls opened the season 4-0.

Well, success in local swimming pools, along with the lofty GPA (97.86%) she carries, is why Hardin is the latest recipient of The Daily Item’s Scholar Athlete of the Week award sponsored by SUN Orthopaedics of Evangelical, as well as PPL Electric Utilities.

Serving as one of the Ironmen captains for the second consecutive season, Hardin takes her captaincy extremely seriously. The Danville resident displayed those qualities before first-year coach Danielle Sticklin had been appointed to her post.

“She’s become a true leader,” said Sticklin, who first met Hardin as one of her second-grade students and later coached her as a youth with the Danville Dolphins program. “Before I was hired, when they didn’t know who the coach was going to be, she was organizing events to keep the team together and raise money.

“She helped organize a car wash. She got all the kids together and they raised over $600 doing that. And swimming-wise, she’s become a consistent swimmer and we can count on her for points. She’s willing to do whatever event we need her in to strengthen our lineup. She’s just a great person to work with.”

As much as Hardin enjoys swimming — and the satisfaction she’s gained from a demanding sport — she’s also endured her share of disappointments and setbacks.

“I feel like last year I really struggled with anxiety in swimming,” Hardin said. “I guess the performance pressure really got to me, so this year I’m really just trying to let swimming become fun again, be a part of the team and enjoy my last year instead of stressing over it.”

Sticklin, who watched Hardin work with students in her classroom the past two school years, wants nothing but the best for her determined protégé. So, she’s tried to advise Hardin as they’ve found effective relaxation techniques.

“She wants so badly to do well and be good at everything and sometimes that can overwhelm the brain,” Sticklin admits. “But, because of that, you can sit down with her and talk to her about how those things affect your body.

“I think she’ll continue to be a leader for us. We’re hoping to get her qualified for districts in as many events as we can, so for her senior year she can just go out feeling like she had a great season to end her career.”

Although Hardin is spending her cooperative periods this year working with the psychologist just down the street at Danville’s Primary School — she observes two children and also logs time after school in the Emotional Support Room — she doesn’t believe she wants to embark on a career as a practicing psychologist. She is intrigued by the cognitive sciences, however.

Hardin was inducted into Danville’s branch of the National Honor Society during her sophomore year, she’s been involved with her school’s Student Government all four years, helping with such biggies as the Homecoming festivities and Teacher Appreciation Week.

She’s also hoping the weather will clear up long enough so she can participate in the ‘Adopt a Highway’ portion of her school’s PLANET program that’s charged with cleaning up the strip of U.S. 11 that runs adjacent to the sprawling Danville Campus.

Hardin also has been involved for several years with the Danville Dolphins as a volunteer coach, the same swimming program that fostered her enthusiasm for the sport.

Hardin also spent three weeks last summer attending a Baltimore-based camp as part of the Johns Hopkins University Center for Talented Youth Students, a program she’s been involved in since she was identified as a gifted student in second grade.

She encountered students from all over the globe during her stay in Baltimore. They discussed social issues such as poverty, homelessness, racism and privilege, and they also encountered some of those crises on a first-hand level while exploring the city and performing volunteer work on a regular basis.

“It was a really amazing experience, and I’m really glad that I did it,” Hardin said.

“As soon as you meet her, you know that you can count on her and she’s going to follow through on anything that you ask her to do and do it the very best that she can,” Sticklin said. “It’s always 100% effort from her.”