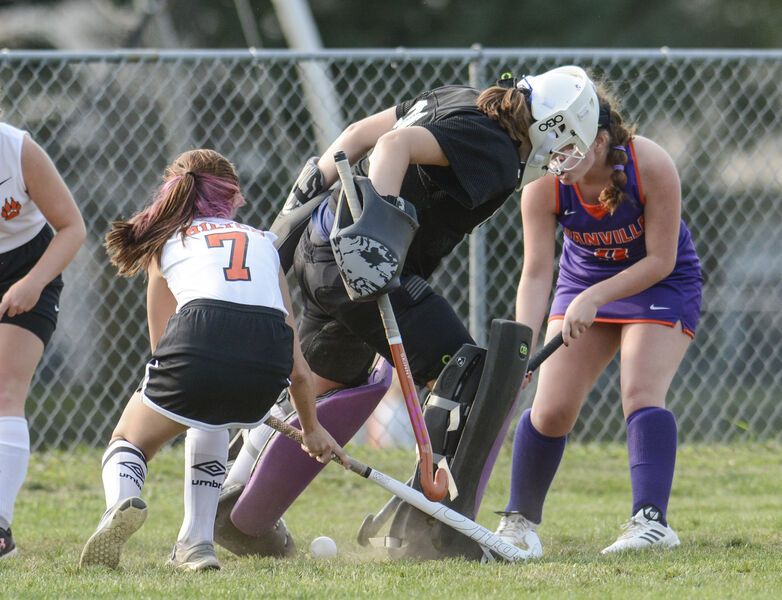 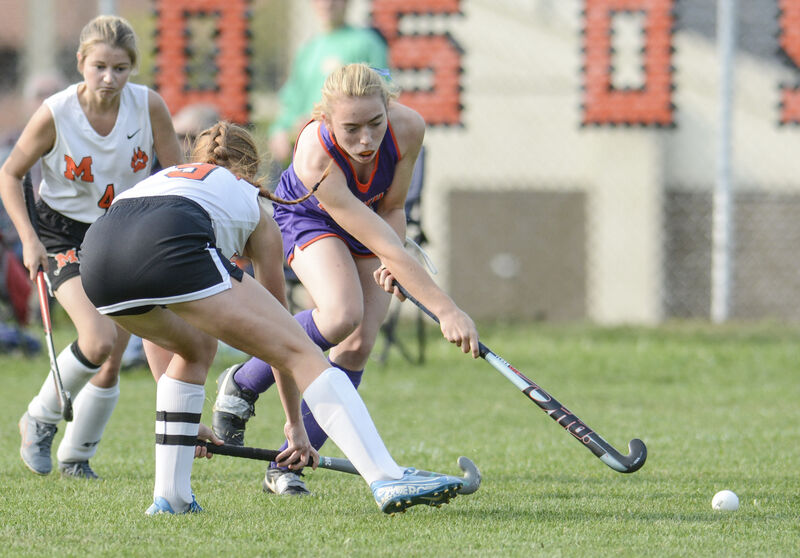 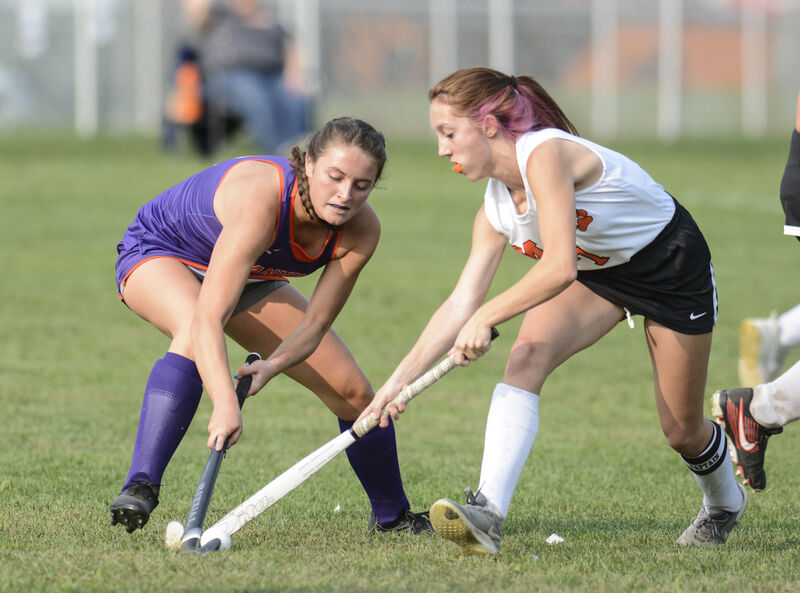 Danville’s Kayla Wagner and Milton’s Kaitlin Mathias compete for the ball during Tuesday’s game in Milton.

Danville’s Kayla Wagner and Milton’s Kaitlin Mathias compete for the ball during Tuesday’s game in Milton.

MILTON — Danville’s field hockey program isn’t at a place where it can be disappointed with its play in a win. That’s a luxury that five wins in each of the last two seasons won’t afford.

However, the Ironmen have no qualm walking away from a “W” dissatisfied, like they did after Tuesday’s 1-0 victory at Milton in the season opener for both teams.

Christina Vargo converted a second point-blank look at the cage just 31/2 minutes into the Heartland Athletic Conference-Division I matchup. Both defenses flexed their muscles over the new four-quarters format, particularly the host Black Panthers, who successfully defended 16 penalty corners to keep it a one-goal game.

“Obviously we’re going to take the win,” said Danville co-coach Marah Biddle, “but we had so many opportunities.”

Larissa Shearer made 11 saves for the Black Panthers and new coach Maggie Gola. A four-year starter, Shearer received tremendous support from her backs, notably junior center back Anastacia Ditty and sophomore left back Kylie Wagner. That duo, along with senior Riley Lewis and junior Bianca Long splitting time on the right side, frustrated the Ironmen in the circle time and again with constant encouragement and direction from Shearer.

“Milton did a great job,” said Biddle. “Defense, as a whole, it’s not hard; it’s just patience. Their girls had their sticks down, so props to them. We just passed the goalie’s pads a little too much. We weren’t distributing well in the circle very well.”

Danville scrimmaged with the Black Panthers on the same field just a week earlier, and the Ironmen left their familiar turf field to practice on grass for the teams’ first division meeting.

It was also the first field hockey game for Danville sophomore Kaitlyn Gabel, a lacrosse goalie who replaced two-year starter Katie Miller in the cage.

Gabel, like Shearer, got plenty of help from the girls in front of her, but she also made several instinctive challenges. In one instance during the second period, as Milton began to play with more confidence, Black Panthers senior Kaitlin Mathias made a long carry down the center of the field. Mathias got past Danville’s Kayla Wagner to break into the clear and accelerated toward the circle. As Wagner recovered and rushed into position to defend, Gabel came out of the cage to meet Mathias first and disrupt her run.

Though the Ironmen played a good possession game, Milton generated a series of threats late in the third quarter. Sara Dewyer made a hard charge along the right flank and sharp cut toward the post. Her quick feed to Mathias on the doorstep was met simultaneously by Gabel.

Then, midway through the fourth quarter, the Black Panthers had their last good chance for an equalizer. Arella Sandrick’s initial shot was stopped by Gabel, but Miranda Hess controlled the rebound and passed to Dewyer above the right post for a sweep that sailed just wide of the cage.

“It wasn’t as much a defensive game for us, so with defense they were caught off guard a little bit at times,” said Ironmen co-coach Sarah Biddle. “Goalie, same sort of thing, but I think she played pretty well. She had a stellar game.”

The game’s lone goal, scored at the 11:29 mark of the first quarter, was a credit to Danville’s perseverance. Vargo, a senior left wing, put an early shot on Shearer that was knocked aside but quickly played back into the circle from the right side. Wagner found Vargo in a similar spot in front of the cage, and she pushed the ball cleanly into the lower-right corner.

“Milton, they have gotten a lot better,” said Sarah Biddle. “(Gola) is doing a great job.”