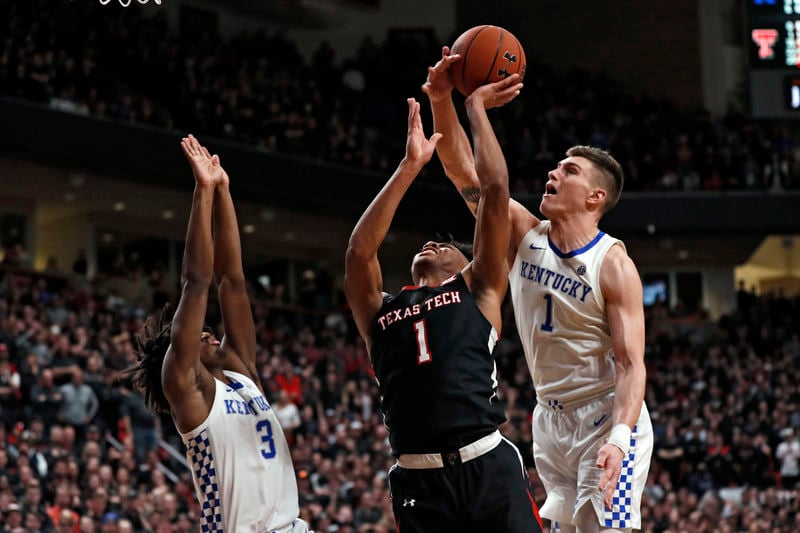 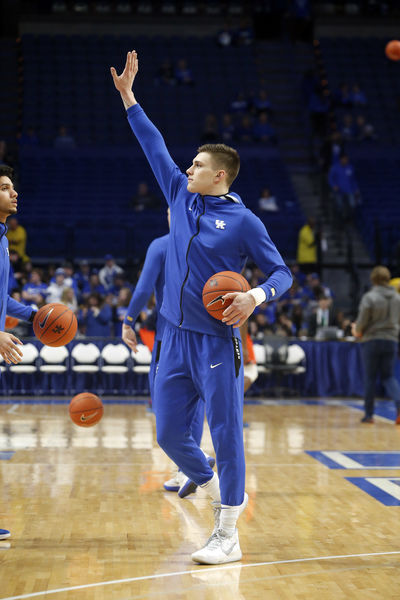 Kentucky's Nate Sestina warms up before a game against Auburn last season in Lexington, Ky.

Kentucky's Nate Sestina warms up before a game against Auburn last season in Lexington, Ky.

Although unlike the assists that happened while both were playing basketball for the Bison, this could have much farther-reaching effects than the outcome of a game or an increase in statistics.

Sestina — a Bucknell graduate, who played as a graduate transfer at Kentucky last year — has been living and working out in Plymouth, California, since April. He is staying at a winery owned by the boss of O’Reilly, who is selling commercial real estate in the San Francisco area. The winery has a full-court gym and a pool.

“Matt really went out on a limb for me and asked his boss if I could stay there to train,” Sestina said. “It’s perfect. It’s seriously fantastic.

“Matty O has been my best friend since Bucknell, and he’s been a real blessing. He set up for me to have a place to stay and a gym. He’s a big reason whey I’m here and why hopefully I’ll be successful. I’m one of the few kids with access to a gym since quarantine started.”

That has been especially important since Sestina is working toward playing professional basketball, specificially in the NBA. With Kentucky’s season being cut short due to the coronavirus pandemic, having a place to work out has been crucial to Sestina’s continued development.

“I’ve mostly been working by myself because I’m far away,” Sestina said. “My agent is in Oakland. One of his clients — who I played against when we played St. Mary’s — comes with his trainer to work out once or twice a week.”

‘You have to believe it’

Sestina’s workout regiment has included weight lifting and cardio, but also film study and basketball-related drills in the mornings.

“Then, depending on how I’m feeling, I’ll use the shooting machine for an hour or so and get up a couple hundred shots,” Sestina said. “If I’m sore, I’ll skip it. I don’t want to run myself into the ground.”

In addition to working out his body, Sestina has also been working on his mental game.

“If you want to do it, you have to believe it,” Sestina said. “I’ve really surrounded myself with people who believe I can do it. To a lot of people it may seem far-fetched, but it’s something I believe. If you don’t believe I can do it, I don’t care about your opinion. I know that sounds blunt, but that’s what I have to do now.”

He said he has been spending the first part of each day meditating, before getting into his physical activity.

“I don’t have my phone; I don’t have the TV on,” Sestina said. “It’s just silence. I focus on my breathing and on centering myself. I did it a lot last summer and it helped out. Some book I’ve read about training your mind and visualizing suggests it. It’s not speaking it into existence, but it kind of is.

“Then I look myself in the mirror and say, ‘Hey, I’m a professional basketball player. This is what I’m going to do.’”

Sestina has also been spending an hour each afternoon reading, often books about mental toughness or leadership.

He said right now his focus is the NBA, despite the season being interrupted by the pandemic. The NBA Draft is usually held late in June with the NBA Summer League following in July. This year, the draft isn’t scheduled until October, leaving much more time for Sestina to wait until he finds out if there is a spot for him in the NBA.

“I’m really waiting it out,” Sestina said. “I’ve had a couple of good offers to play overseas, but the opportunity to get my foot in the door with an NBA team — or on a two-way contract with a G-League team — is more appealing to me. If you get even a two-way contract, you’re right there on the fringes of the NBA.”

Sestina said he had a “bunch of good interviews” with NBA teams virtually in May. Normally, those interviews would be part of the pre-draft workout process, but the process has changed this year.

“When I got out here and met my agents, we talked and they said my job was to be ready to go at all times,” Sestina said. “I have to be ready to play and in good shape. They’ll take care of everything else.”

Sestina said he expected to get an opportunity at some point.

“Playing well one time for the right people to see me is kind of the story of my life,” Sestina said. “I had zero scholarships before I went to Bucknell. I played well in front of (former Bucknell) coach (Dave) Paulsen one time in Philadelphia and got a scholarship.”

Bucknell coach Nathan Davis said there’s a lot for pro teams to like when they scout Sestina.

Sestina said it’s incredible to think about how far he’s come since his day as a high school star at Cameron County in Emporium.

“I was a chubby buzzcut kid from the middle-of-nowhere, Pa.,” Sestina said. “I had no idea what it took. Four years of ups and downs at Bucknell is what prepared me for playing at Kentucky. Playing as a grad transfer at Kentucky prepared me physically and mentally for what’s next. It’s hard. You get a lot of stuff thrown at you at once.”

For now, Sestina is working hard for his chance to become an NBA player.