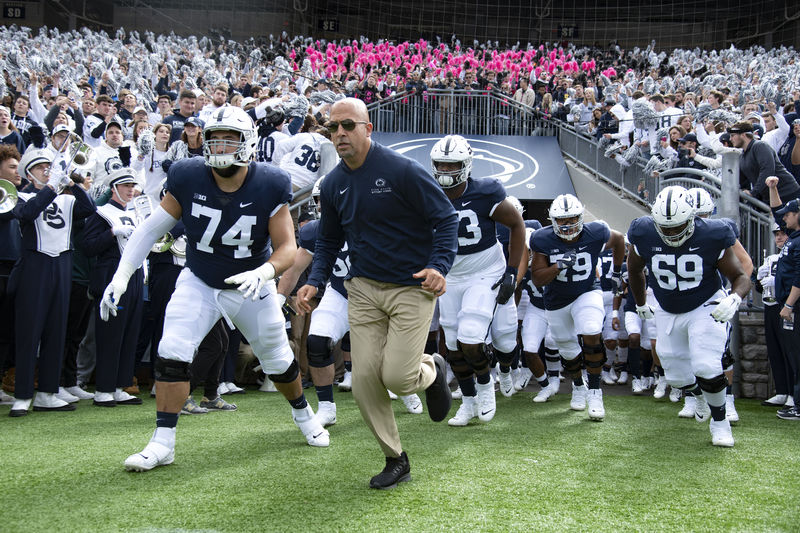 Penn State coach James Franklin leads his team onto the field for a game against Purdue in State College in 2019. 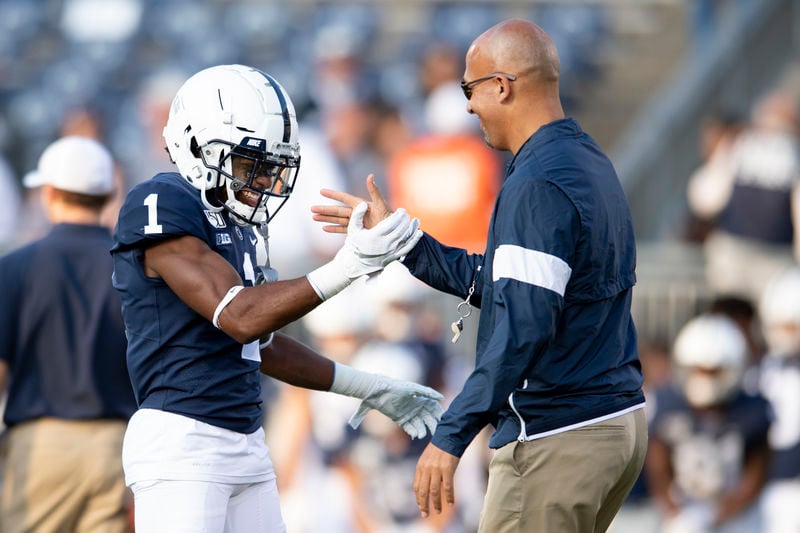 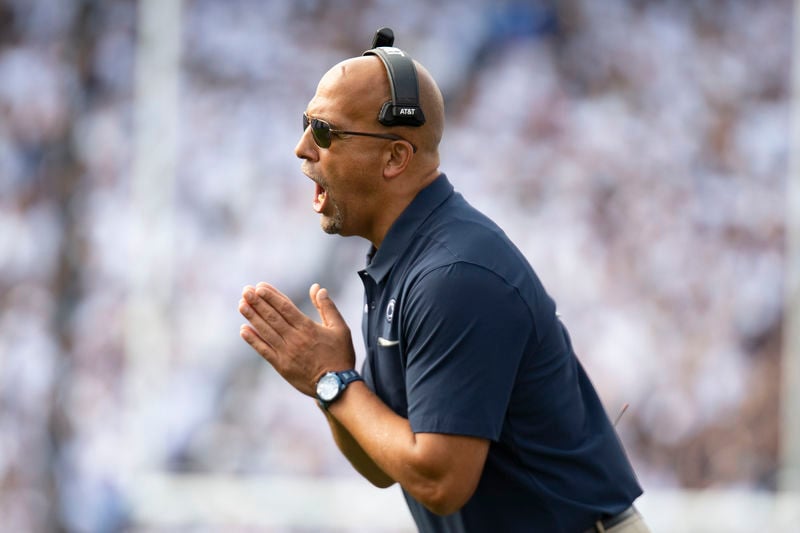 Penn State coach James Franklin reacts during a game against Pittsburgh in State College in 2019.

Penn State coach James Franklin leads his team onto the field for a game against Purdue in State College in 2019.

Penn State coach James Franklin reacts during a game against Pittsburgh in State College in 2019.

The Big Ten is comprised of 14 teams, and the conference spans from Nebraska to New Jersey. Each state has its own set of coronavirus-related regulations handed down to state and local health officials.

Penn State football coach James Franklin said he doesn’t think a Big Ten-wide mandate on starting the season will be able to work. He believes “it either needs to be national or not at all.”

“Say you have six schools in your conference or eight schools in your conference that all are able to open and get going, and there one or two, or whatever the number is, that can’t,” Franklin said. “Are you going to penalize all these schools for not being able to open? For example, with the Big Ten, say we have two or three schools that at the end of the season are a part of the playoff conversation. Well, the schools that we’re competing against in other conferences, they were able to open before we were, and the Big Ten held back certain schools for a school that maybe isn’t a hot spot in our conference. It’s not ideal.”

Franklin said he thought any guidelines needed to take geographic and coronavirus-related differences into account.

Franklin hearkened back to his college football days when offering his thoughts on how long it could take to get players physically ready for a new season, albeit with guidelines “based on science and the health and welfare of our student-athletes.”

“I think the model that most people are talking about is a six-week model that would be ideal,” Franklin said on Wednesday. “People forget —very quickly we forget — that when I played college football and a lot of people played college football, you weren’t there all summer. You were home, working out on your own, and you’d show up and you’d be in training camp for three weeks or a month before the season started, and you went and played. I think you definitely could do it under six weeks. I think you could do it in a month because how it was always kind of run before.”

Before games can be considered, Franklin said, the expert opinions of epidemiologists, doctors and scientists must be factored into account.

“I’m a believer in science,” Franklin said. “I’m a believer in medicine and listening to experts. I think our decisions have to be based on that. No 1, what are the experts saying — the scientists? What are the doctors saying? What can we do to create the best, safest, healthiest environment we possibly can?”

On Monday, the Big Ten extended its suspension of organized team activities through June 1. Penn State is scheduled to open the 2020 season at home against Kent State on Sept. 5.

“This is an additional measure to the previously announced cancellation of all conference and non-conference competitions through the end of the academic year, including spring sports that compete beyond the academic year,” read the Big Ten’s statement. “The Conference also has previously announced a moratorium on all on- and off-campus recruiting activities for the foreseeable future.”

Although Franklin believes the training component of getting players conditioned for the new season can be accomplished within the six-week model, he said there are other factors that must be considered before starting a new season.

“It’s not like when we get back, things are going to be back to normal,” Franklin said. “Even just everybody coming back and getting physical. In the old days, you’d have 120 people in the training room, and you’d go from one circuit to the next seeing the different doctors and getting your tests done. That’s not going to happen. Those physical tests when they arrive on campus may take four days because you’re going to have to do them in small groups.