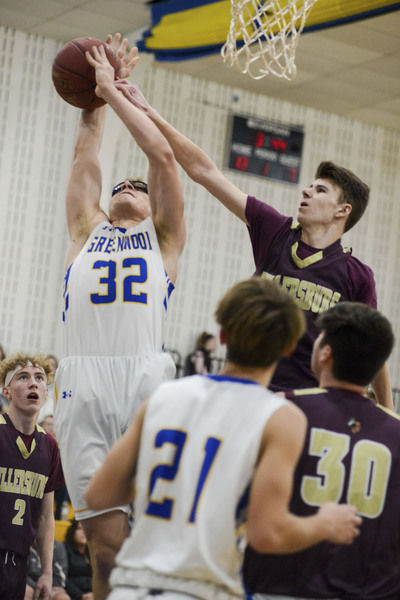 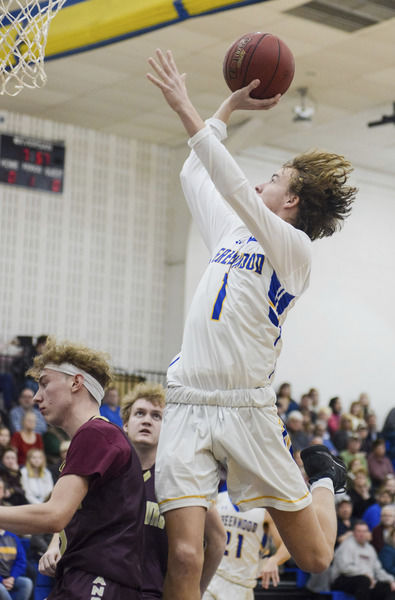 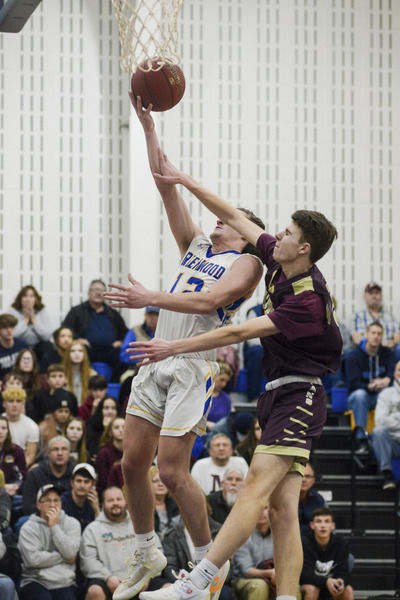 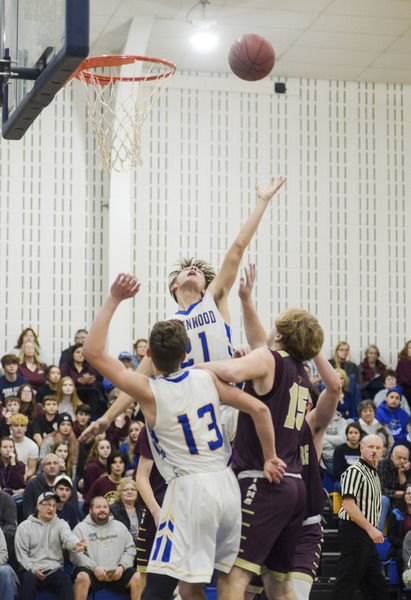 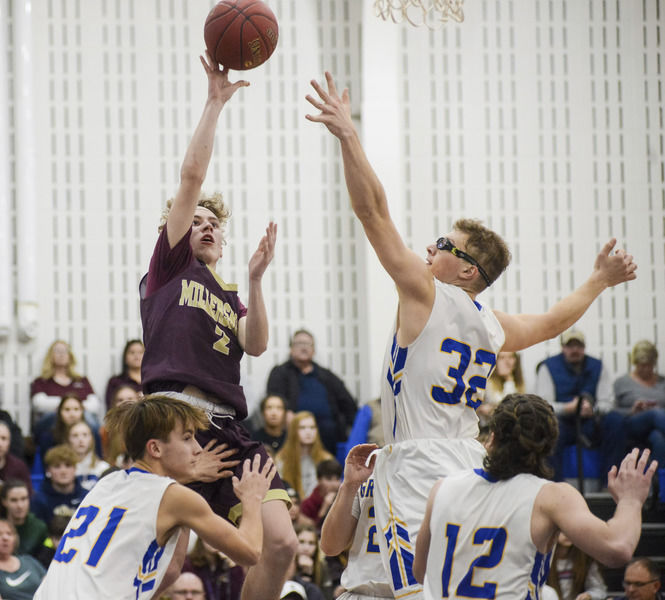 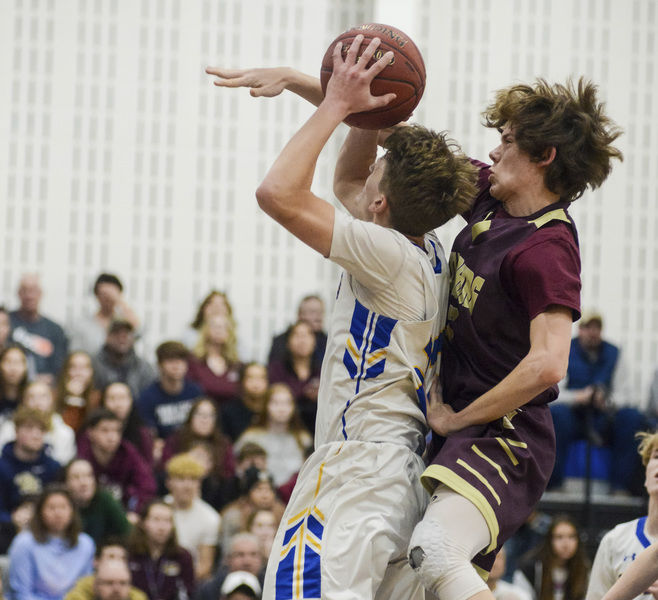 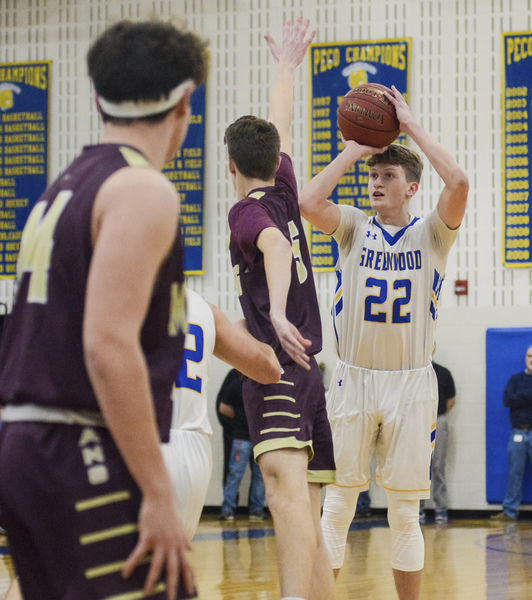 MILLERSTOWN — Slide into postseason play on one of those untimely skids and one consistently successful method that can build confidence in a hurry — and momentum — is a remarkably quick start filled with falling shot after falling shot.

Well, Greenwood definitely had it going early and often Tuesday night at home and, as it turned out, those deep looks put the Wildcats in position to mine more gold.

Even though Troy Gantt’s club already owns the Tri-Valley League’s West Division crown, the Wildcats put themselves in position to play for the TVL’s overall title.

Aaron Bollinger, Avery Morder and Tom Pyle shared 41 points — that effective trio knocked down 10 3-balls between them — as Gantt’s deep-shooting Wildcats starched Millersburg 51-35 in one of the TVL’s semifinal-round skirmishes.

Devyn Kintzer’s eight points off the bench paced Todd Wingard’s Indians (17-6), who pulled into Greenwood riding an eight-game winning streak. The Indians will sit for a week before opening District 3 Class 2A play next Wednesday at home against Antietam.

As Greenwood was taking care of business on one side of the Susquehanna River, TVL East Division champ Upper Dauphin was busy on the other handling Halifax 63-46.

Both victors will meet Thursday night (7:30) at Newport to decide the TVL title.

Dialed in from beyond the arc at the start, the Wildcats buried five deep looks in the opening quarter — including four in a row at one point — quickly building a 21-10 lead behind three deep rips from Bollinger and one each from Morder and Pyle.

“That start kind of set the tone for the rest of the game,” said Gantt, whose Wildcats had dropped three in a row and five of six before Tuesday’s success. “Obviously, we’re better playing with the lead and to start the game like that was really crucial.”

Although Pyle authored another 3-ball early in the second quarter, Bollinger drained two more — the latter arriving in the final minute with the Millersburg’s Brant Bingaman in his face — as the Wildcats lugged a 34-23 cushion into the locker room.

Yet while Greenwood shot just over 46 percent (12-for-26) from the floor before the break, the Wildcats converted just under 62 percent (8-for-13) from 3-point land.

“We are capable of (shooting even better),” said Morder, who hit a clutch trey early in the fourth and finished 3-of-4 from deep. “We’ve just got to step in, get into rhythm and if that happens, I think we can shoot just as well if not better than we did.”

Millersburg was able to trim its deficit to six (37-31) at one point and seven (40-33) by the end of the third, but the Indians never drew closer. Especially since Gantt’s patient bunch was content to run sizable amounts of time off the clock down the stretch.

While Greenwood finished 10-for-19 from 3-point land, was one key, another was the work Bollinger did in frustrating the Indians’ Christian Bingaman.

Bingaman finished with seven points — well below the 22.8 points per game he averages — on 3-for-14 shooting from the floor. The 5-10 junior did manage to pull down five rebounds and dish out six assists, but nothing came easily.

“We didn’t care if he got his average,” Morder said. “We wanted to keep him at his average or lower, but make sure he took a lot of shots. … AB did a heck of a job.”

Greenwood obviously found plenty to like about its latest outing — and not just the fact that plenty of deep looks fell — an effort that set up a date with Upper Dauphin.

“We got back to playing the basketball that we’re capable of,” Gantt said. “And I think the guys are excited to be able to play on Thursday.”