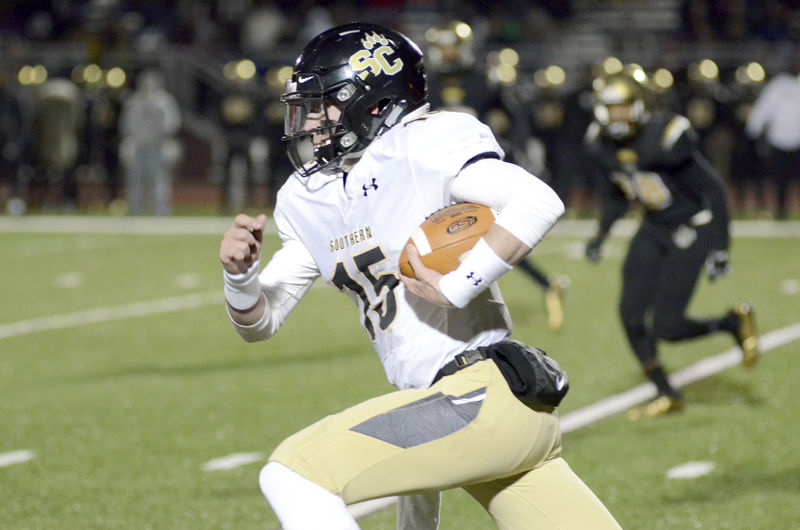 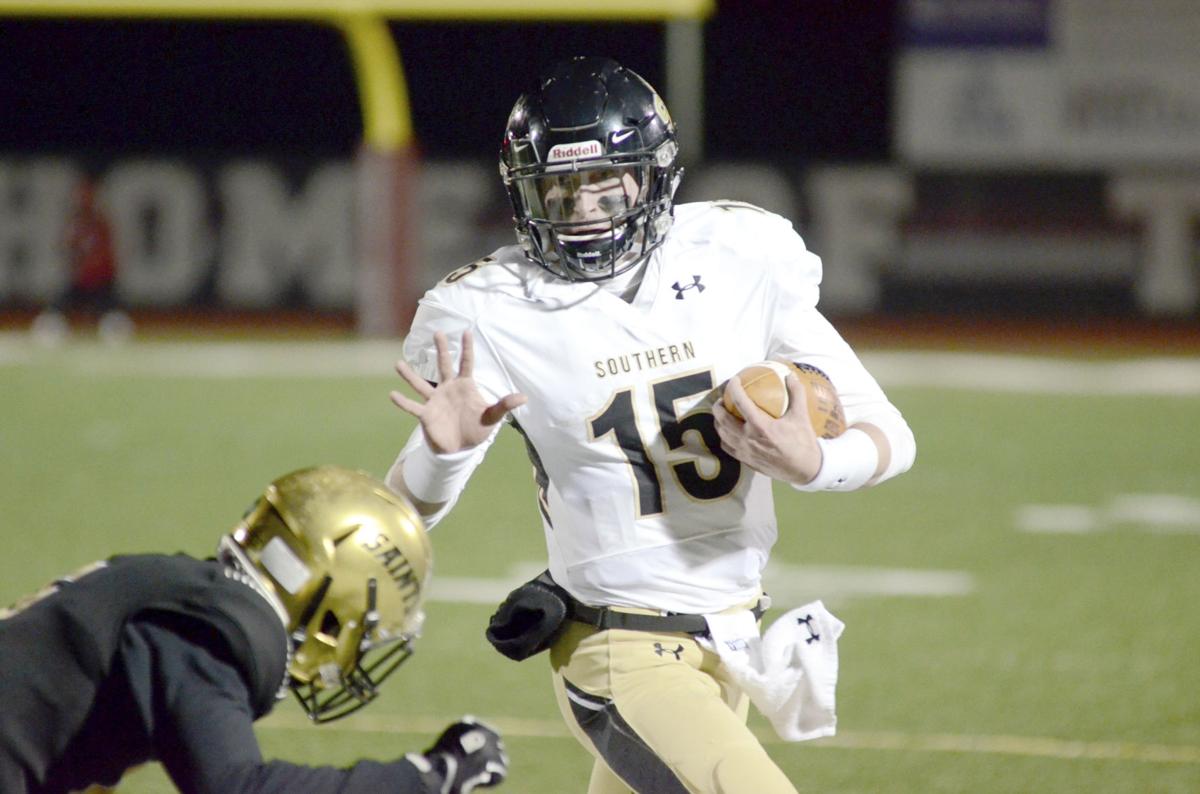 LEHIGHTON — It was the middle of the second quarter when Stone Hollenbach rolled out. The Southern Columbia quarterback briefly scanned the field and took off running.

Hollenbach picked up a few yards but paid for every inch as two Neumann-Goretti defenders closed quickly and slammed into him. Hollenbach’s number was called again on the next play and, once again, he took a big hit while gaining yardage for his team.

Hollenbach’s fearless runs energized the Southern Columbia sideline as the players, coaches, and fans jumped and cheered after he absorbed the two big hits.

Hollenbach finished with 44 rushing yards, a rushing touchdown and passing touchdown, sparking his offense as the Tigers knocked off District 12 champion Neumann-Goretti, 45-12, to advance to the PIAA Class 2A semifinals.

“When I do stuff like that it shows the team I’m willing to take hits like that for them,” Hollenbach said. “When you slide as a quarterback it shows weakness. When you go out there and take big hits like that, it shows your offense that this guy is tough and he’s willing to get extra yards for us.

Hollenbach won’t have anybody questioning his toughness as he refused to slide throughout the game. He converted a key fourth down in the second half, diving through the heart of Neumann-Goretti’s defensive line to extend a Southern drive.

Hollenbach fumbled once and tossed an interception, but he managed to be there for his team when the Tigers needed him most.

In addition to his running, the junior found Julian Fleming with a 56-yard touchdown pass to give the Tigers a 21-0 lead.

“He’s a competitor and played a very good game,” Southern Columbia coach Jim Roth said. “It was one of those games. It was a very physical game; it was a very hard-hitting game. He did a good job of running the offense and executing when he had to.”

Southern Columbia took a big lead into halftime, but an energized Neumann-Goretti squad came out strong in the second half. The Saints scored the first two touchdowns of the half, failing to convert on either of their two-point attempts.

Hollenbach and crew quickly responded with Gaige Garcia, who scored two rushing touchdowns in the second half. He finished with 69 rushing yards and two touchdowns, plus a kickoff return for a TD.

“Gaige ran the ball hard all day,” Hollenbach said. “It showed in the second half. He’s an amazing talent. You give him the ball and he will go up and down the field. He’s hard to stop. He was dragging defenders.”

Garcia, Hollenbach and the rest of Southern Columbia's offense worked well throughout the second half to keep the Saints at bay. The game was put out of reach when the Tigers' Brett Szuler stepped in front of a pass and returned it for the final touchdown of the night.

“The defense is phenomenal,” Garcia said. “I can’t say enough good things about them.”

The Tigers’ defense finished with six sacks, limited Neumann-Goretti to just 12 points, and forced an interception while recovering two fumbles.