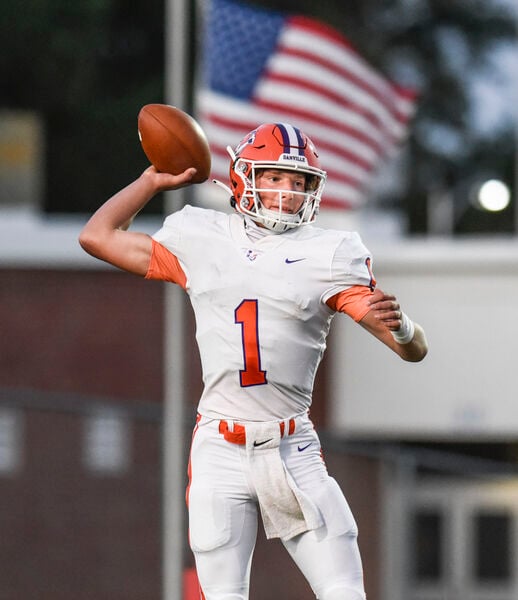 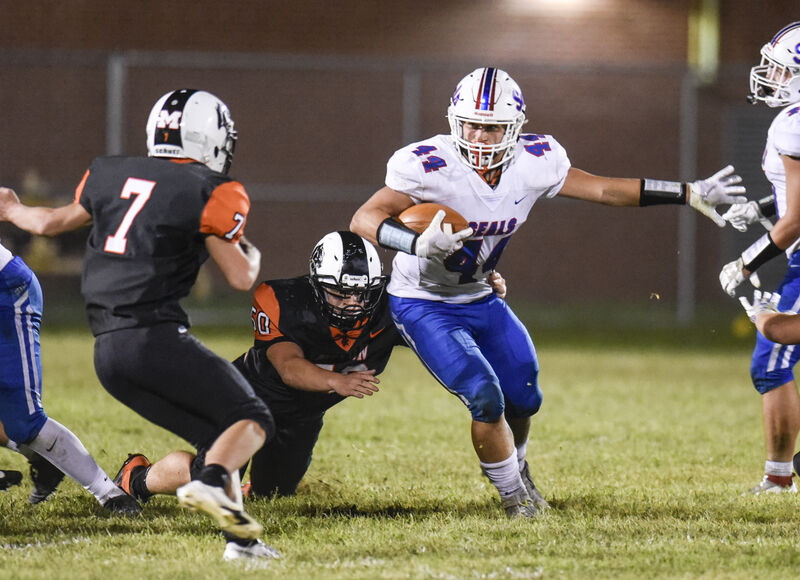 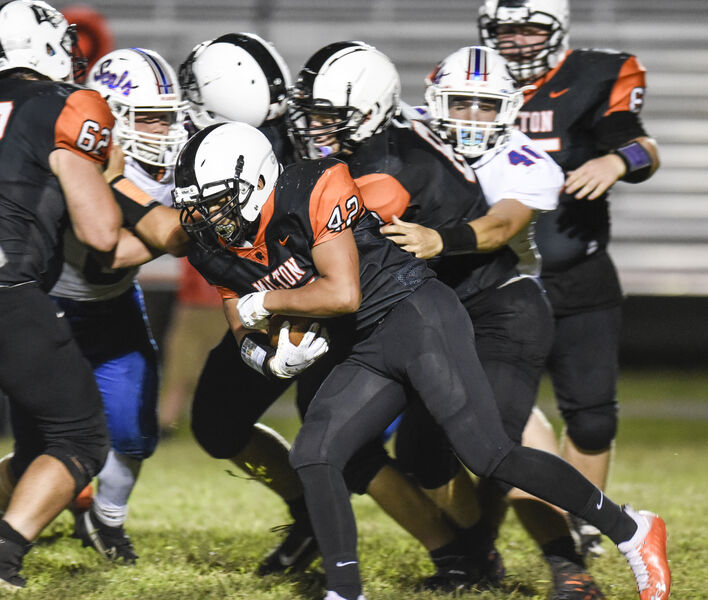 The first-year Ironmen coach was elated with Riley’s performance in Friday’s 49-7 win at Mifflinburg. Riley completed 13 of 17 passes — including his first five in a row — for 246 yards and four touchdowns, in addition to rushing twice for 19 yards and a score. He did it all in one half of play, leading Danville to a 42-0 lead.

“I’ve coached a few special ones, and he’s certainly one of them,” Brennan said following the win. “He does everything well. He has the ability — not only to make all the throws with tremendous arm strength — but he can hurt you with his athletic ability. At almost 200 pounds, he’s a physical kid as well.”

Any thoughts of the Ironmen featuring elements of their old Wing-T offense were scuttled during a first quarter in which Riley went 6-of-9 for 103 yards and two TDs. His first throw of the season was a 35-yard touchdown to sophomore Carson Persing behind the Wildcats’ defense. Just 47 seconds into the second quarter Danville led 28-0, and Riley was 8-of-11 for 157 yards and three TDs along with a 9-yard scoring run and four PAT kicks.

Ian Persing and Jagger Dressler each made long runs to the end zone after catches to boost Riley’s numbers, but the four-year starter was extremely efficient for a season opener.

Brennan, who had all-state quarterbacks while at Mount Carmel and Hazleton, considers Riley the most versatile of the bunch. Running is a facet of the senior’s game that wasn’t needed Friday, but it’s prominent in the new Ironmen playbook. He ran for 375 yards on better than 4 yards per carry last season.

“I’ve had more polished kids, and out of the really good ones — I consider Sparky Wolk one of those guys, and Marcus Wasilewski — (Riley’s) got a lot more rawness to him but a really big upside,” said Brennan. “He’s probably the best runner I’ve had in my whole career because he’s got a big body but he’s so elusive. No matter what you do in the sprint-out game or the play-action game, he always makes the first guy miss. Always.

“So it’s almost like you don’t have to account for one of the (defensive) guys because he’s able to prolong things and extend plays.”

Things didn’t go so well in Friday night’s season opener for the Shikellamy, a 33-6 loss to Central Mountain.

The Braves’ defense had a hard time getting off the field, especially during a 20-play Wildcat drive, but middle linebacker Duncan Weir made some plays in the first half.

One the best came on the 20-play drive. Weir knifed through the middle of the Wildcats’ offensive line to sack quarterback Brett Gerlach for an 8-yard loss, which set up a third-and-14 for the Wildcats. Unfortunately for the Braves, Central Mountain converted the first down.

On offense, Braves sophomore Rashaun Martin might have earned a bigger role moving forward. Though he didn’t touch the ball on offense until the fourth quarter, Martin had four carries for 39 yards, just missing a touchdown when he was pushed out of bounds at the Central Mountain 1.

Martin showed speed and, maybe more importantly, the ability to make defenders miss, something sorely lacking in the Braves’ offense earlier in the game.

Montoursville’s defense was outstanding on a night the Warriors’ offense might have stolen the spotlight in a 56-7 victory over Midd-West.

They disrupted Midd-West’s running game and made it extremely difficult for a talented back in Hunter Wolfley. The defense forced the Mustangs into consecutive three-and-outs, before their third possession ended in an interception.

The Mustangs were forced to pass early, but the Warriors’ pass rush refused to allow Midd-West quarterback Christian Regester time to throw.