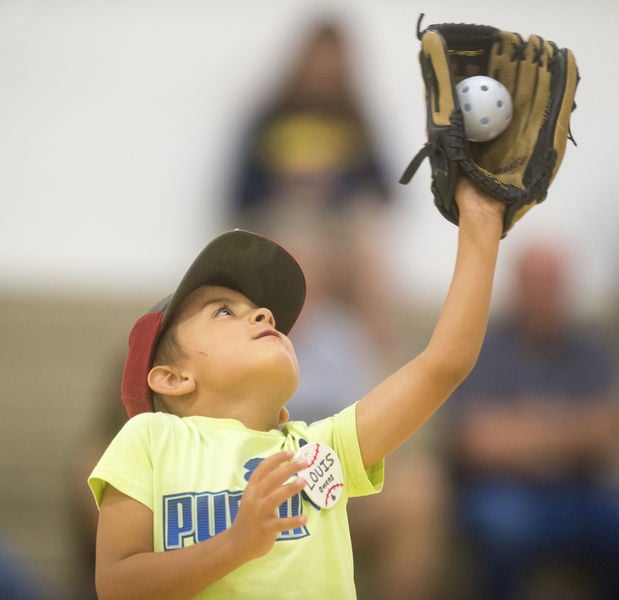 Louis Owens, 6, makes a catch while at baseball camp at the Sunbury Bible Church on Wednesday. 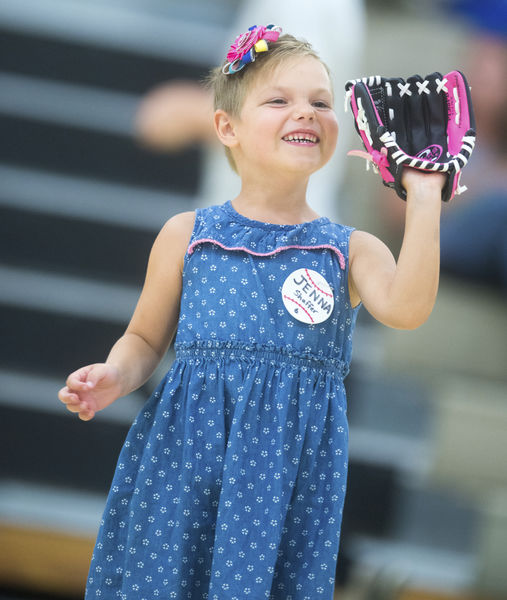 Six-year-old Jenna Shaffer smiles while at the catching station during the baseball camp at the Sunbury Bible Camp on Wednesday. 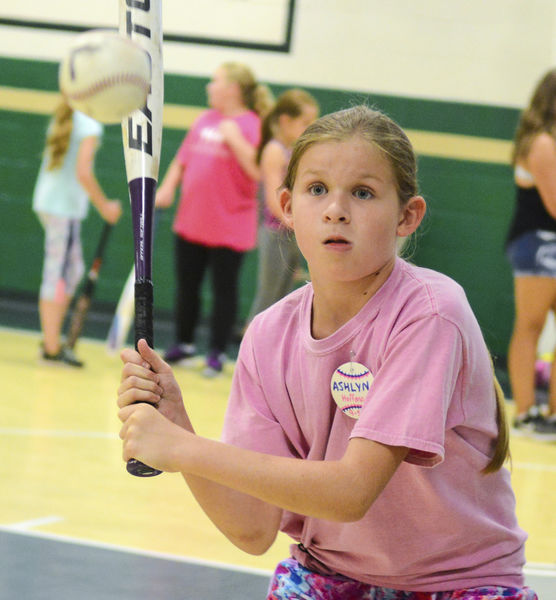 Nine-year-old Ashlyn Hoffman keeps an eye on the ball while taking batting practice during baseball camp at the Sunbury Bible Church on Wednesday. 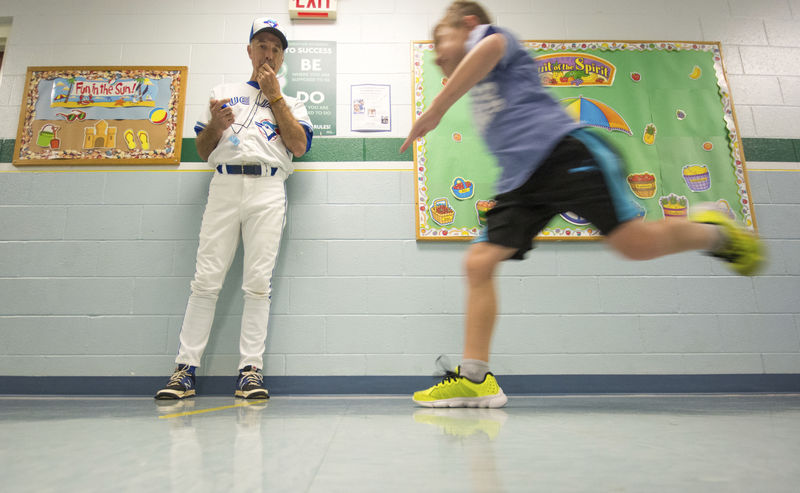 Louis Owens, 6, makes a catch while at baseball camp at the Sunbury Bible Church on Wednesday.

Six-year-old Jenna Shaffer smiles while at the catching station during the baseball camp at the Sunbury Bible Camp on Wednesday.

Nine-year-old Ashlyn Hoffman keeps an eye on the ball while taking batting practice during baseball camp at the Sunbury Bible Church on Wednesday.

NORTHUMBERLAND — A sizable group of youngsters maintained its high energy levels and enthusiasm Wednesday at the professional baseball and softball clinic at Sunbury Bible Church — despite being forced indoors by the rainy weather.

Although playing inside limits what types of athletic activities can be carried out, those on hand were still receiving plenty of instruction.

Forced indoors by the storm system that’s stalled over the Susquehanna Valley — it’s the third straight night rain and soggy field conditions moved everything inside — the instructors still ran five stations in the gymnasium, hallways and other spaces large enough to throw or roll a ball.

“In 22 years, I could count on one hand the number of times we were inside the whole night,” said Scott Billings, who founded the clinic.

“It wasn’t many. It was probably three or four times.”

Despite being inside, Wednesday was a bit different — and possibly even more competitive — since they were scoring performances.

At the end of the night, awards for finishing in first, second and third place were to be distributed to the campers (ages 5 to 12) who were soaking up whatever information they could glean from the clinicians brought in to teach.

Devotions and spiritual testimonies are held each night as well.

“It’s just the passion of sharing the Gospel through baseball,” Billings said. “It’s a way to gather. A lot of us love sports and we love baseball. As a church, we just want to show the good news of Jesus to people and this is a good way of doing it. The parents come and they love what we do. It’s a quality clinic.”

Billings said two of the players who have attended the clinic have advanced to professional baseball, the latest being former Shikellamy and Maryland great Nick Dunn. Dunn was drafted earlier this year, signing with the St. Louis Cardinals.

“Even at five years old, you could tell he had talent,” Billings said. “He was unbelievable. Head and shoulders above everybody else. You could see each year the progression.”

In another room, Canadian National coach Lyn Bain was holding a coaching clinic.

Gordon has been part of the clinic numerous times.

“I want to support what the local church is doing,” said Gordon, who appeared in 78 games with the Blue Jays and Indians during his three seasons in the major leagues (1986-88). “The local church, Sunbury, is reaching the community any way they can using sports. They have the room. They have the facility here.

“Timothy says the church is the support and pillar of the truth, so I want to support that as a missionary myself. And so Scott Billings, God raised him up about (22) years ago, put this on his heart to do and he’s been holding excellent clinics ever since. I’ve had the privilege of being part of it, but I wouldn’t expect to come back every year.”

Gordon and Hearron were roommates while with the Blue Jays. Hearron first appeared at the Sunbury Bible Church gathering some five years ago.

And while the campers and instructors are hoping to get outside tonight for the final night of the clinic so live games can be played — former Penn State defensive back Ryan Keiser, who also starred in baseball at nearby Selinsgrove High School will appear — the uncertainty surrounding the weather forecast may make that impossible.

“The Lord led me and I put some notes down,” Billings recalled. “There was no Vacation Bible School that year, so I approached the assistant pastor about doing a baseball camp. I was coaching my son’s T-ball team at the time and he said, ‘Yeah, that’s a great idea. So we started out with 30 kids, mostly all of the church’s kids, and then we came up with the idea of bringing in a big leaguer the next year.

“And Pat Kelly came from the Orioles. … Pat Kelly was great.”