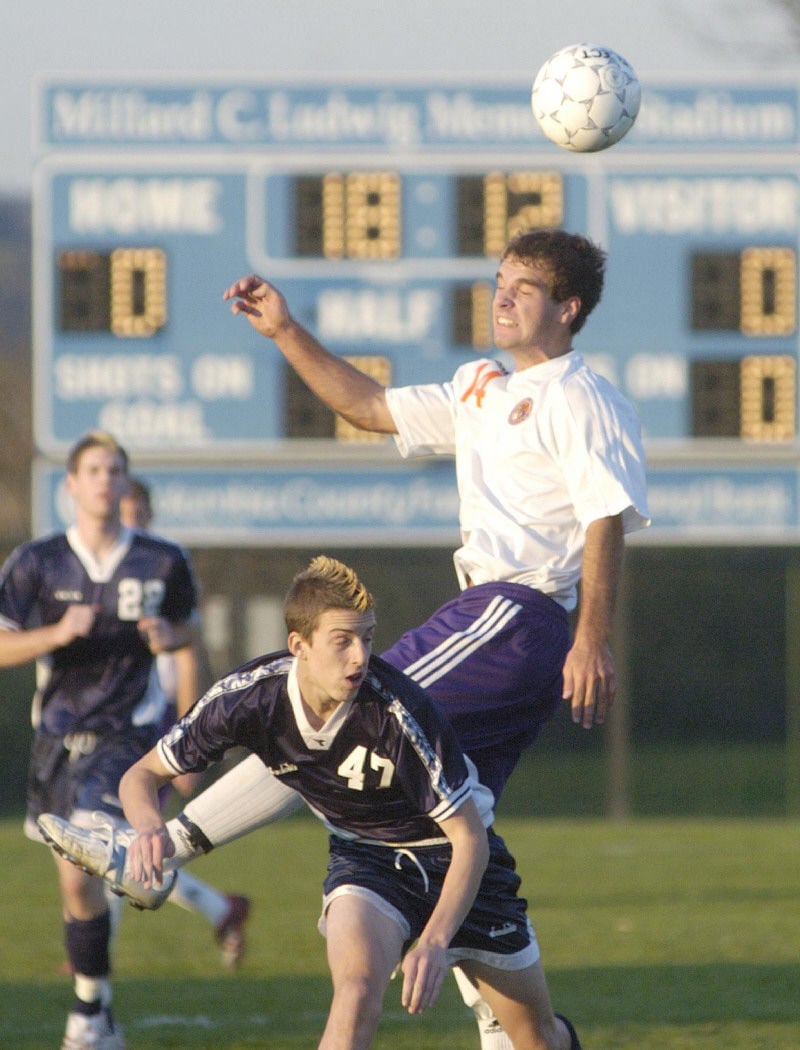 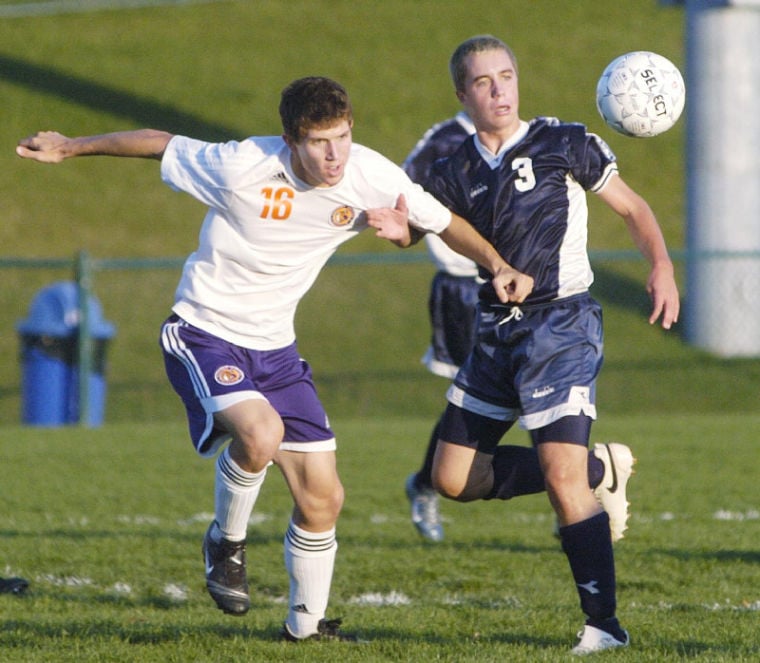 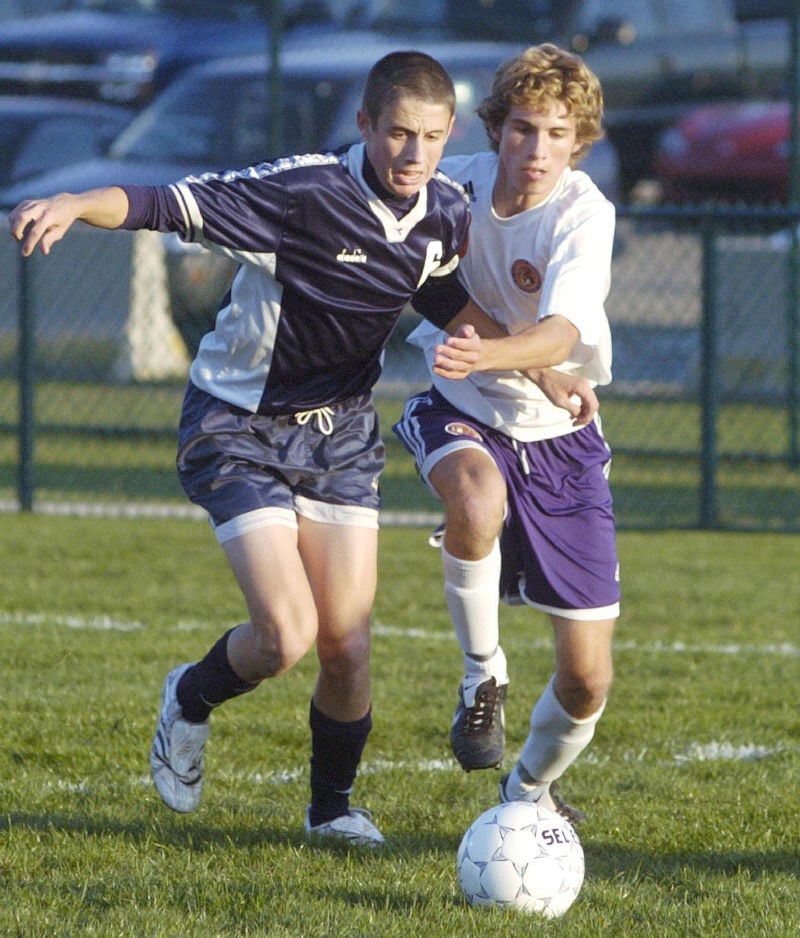 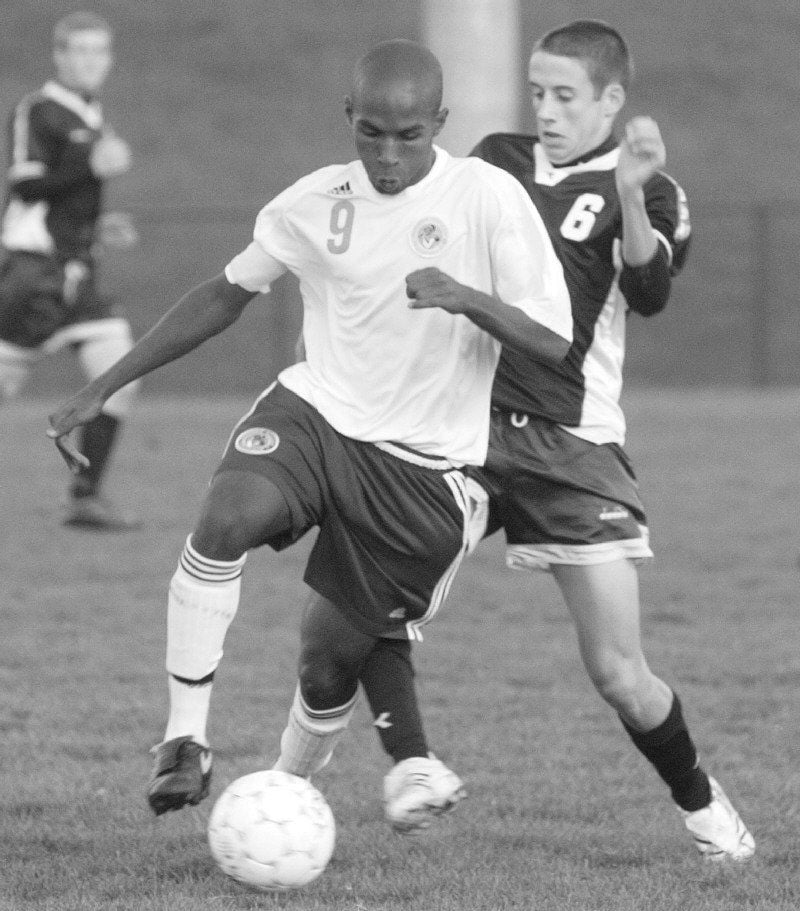 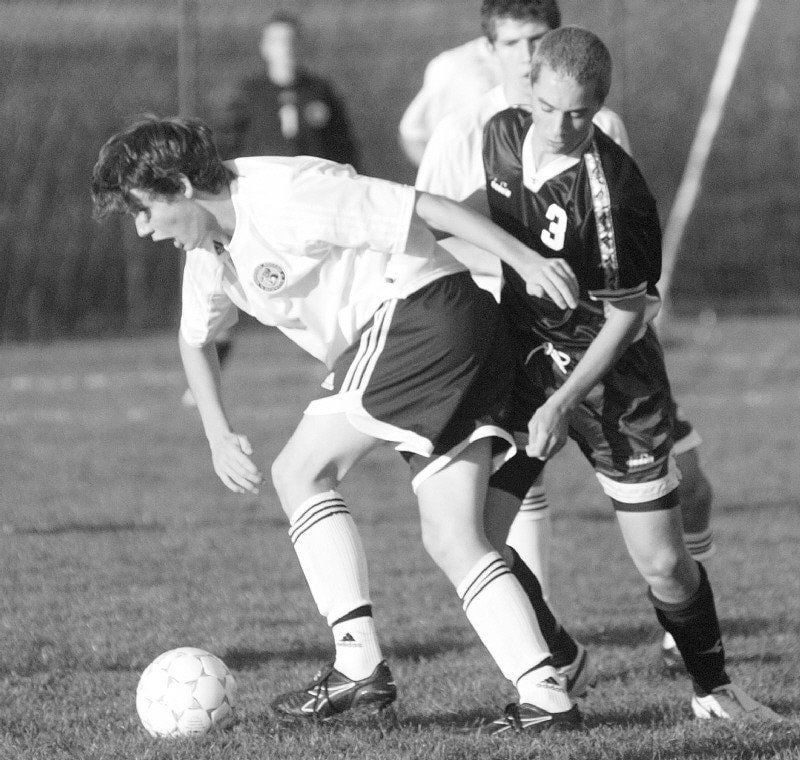 MILLVILLE -- The cruel reality of the District 4 playoffs? More often than not, a magical season comes to an abrupt and unexpected end. And with it comes the tough goodbyes for seniors who fully expected to be playing again this season. A perfect case in point in Tuesday's Class AA semifinals at Millville's Millard C. Ludwig Stadium where pre-tournament favorites Danville and Midd-West went down in back-to-back contests in games against the two lowest seeds in the eight-team bracket. For the second year in a row, Danville lost a late lead in the semifinals only to lose in overtime, this time with Shikellamy scoring in the final seven minutes of regulation and again in the extra session to stun the Ironmen 2-1. Shikellamy (12-7-3) advances to its first-ever district title game on Thursday where it will meet fellow upstart Selinsgrove, shootout winners over Midd-West. Between Shikellamy and Selinsgrove, they knocked the top four seeds out of the event with the Seals beating top-seeded Athens and fourth-seeded Midd-West while Shik out third-seeded Milton and No. 2 Danville last night. It was frustrating conclusion to a terrific season for the Ironmen, who end the year at 17-3-2. "When you get to this point in the season, you play on emotion and they had more of it and we didn't," said Danville coach Chris Johns. "We tried to rely on our skill and the things we did all season, but they did a good job of disrupting the way we play." The loss ended the careers of six Danville seniors, each of whom played a key role in Danville's success this season. Gone are Brian Bastian, Jordan Beaver, Chris Bond, Josh Hackenberg and record-breakers Tamir Kheiri and Bryce Perles. "Every year you lose seniors, but the quality of these kids not only as soccer players -- and they're quality soccer players, all year you've seen the things they do for our team -- but the things you don't see are the things at practice, the things off the field, the leadership," Johns said.the "The kids shared soccer tonight, but in the end, they're going to be successful in whatever they do and we were fortunate to have them." It wasn't long ago when the Braves were bottom-feeders in District 4 and in the Susquehanna Valley Conference. Slowly but surely, under coach Kurt Mayer, the Braves have made strides toward the top. Now Shikellamy is one victory from its first district title and a berth in the PIAA playoffs. "There's still more to improve on, but they have everything it takes to be champions," said Mayer, who led the Braves to the AAA semifinals two years ago. Shikellamy completely blanketed Danville's dynamic scoring duo of Kheiri and Perles. In the first half, Kheiri ripped a shot off the cross bar, but it was the only scoring chance from either of the two forwards. "We had a fantastic opportunity in the first 20 minutes, when Tamir brought one down and instead of a slot like he'd do nine out of 10 times, he hammers it," said Johns. "It's a great shot, but it hit the post and ricocheted. The momentum changed from that moment. "We created a great chance and if we bury it, maybe we settle in and start playing our own style. But they dictated the way the game was played and they deserve it." Even with the Braves turning in a suffocating performance on defense, the Ironmen still managed to take a 1-0 lead early in the second half when Jordan Beaver dropped a free kick into the box and Jerry Temmel knocked it past Evan Gombert, making it 1-0 with 32 minutes left. "When they went in front, we wanted to play hard for six minutes, not the two that most teams do," Mayer said. "We came back from the goal and really played well." In fact, Shikellamy dominated the final 30 minutes of regulation, limiting Danville to two shots after Temmel's tally; neither were dangerous chances. Despite the fact they were controlling play, the Braves started to battle the clock. It wasn't until there were less than seven minutes to play when Shikellamy got the equalizer. It came when Evan Kohl delivered a through-ball to Aaron Persing and Persing -- who missed most of the season with a broken bone in his leg -- ripped it past a diving Josh Hackenberg and just inside the far post to tie the game. "I've been out the whole season with an injury, so it was amazing to finish that off," Persing said. "From the minute they put the ball in the net, we picked it up a couple of notches," Kohl said. The Ironmen got a push forward to start the overtime, but the Braves countered and never let the victory out of their grasp. With five minutes gone in overtime, Persing had a couple of chances near the edge of the penalty box and missed both times. Somehow, the ball found its way to Clark in open space and he slammed it home for the game-winner, setting off a raucous celebration."I just saw it and blasted it at the net," Clark said matter-of-factly. Heading into the extra session, Johns stressed to his team to restart and play the way they are capable of. Early on they did, only to have the Braves take control and pull off the upset. "We wanted to play to win, instead of playing not to lose in overtime," said Johns. "We played on our back foot. All year when we played great soccer we played to win and played going forward. Tonight, we sat back and were outworked by a team that wanted it more than we did."