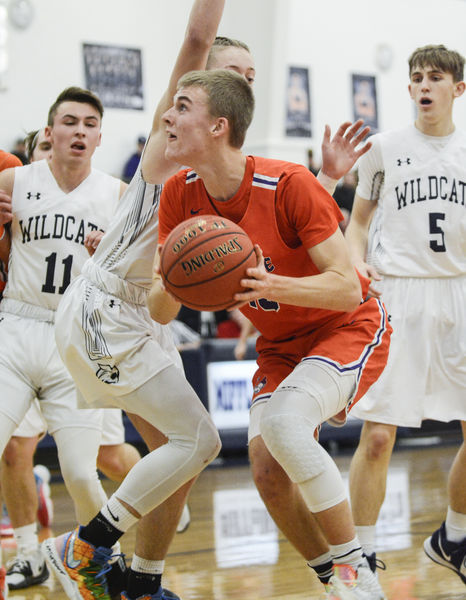 Robert Inglis/The Daily Item Danville's Mavin James looks to get a shot off during Monday's game against Mifflinburg. 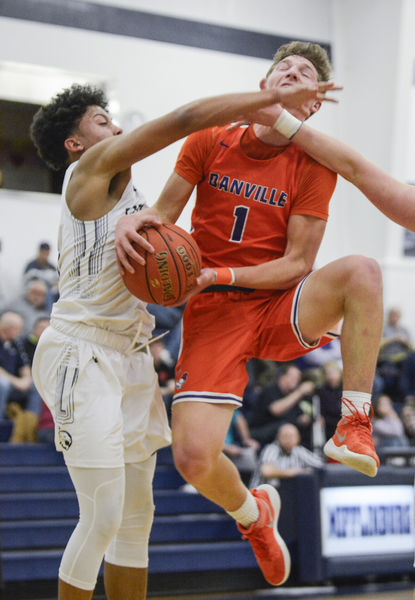 Danville’s KJ Riley gets fouled on a shot attempt while guarded by Mifflinburg’s Isaiah Valentine. 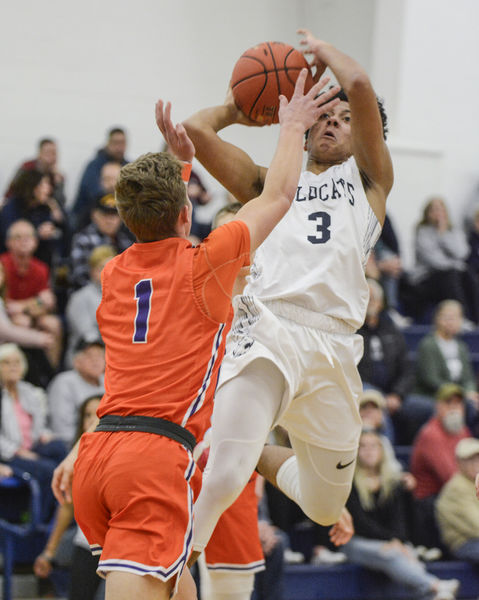 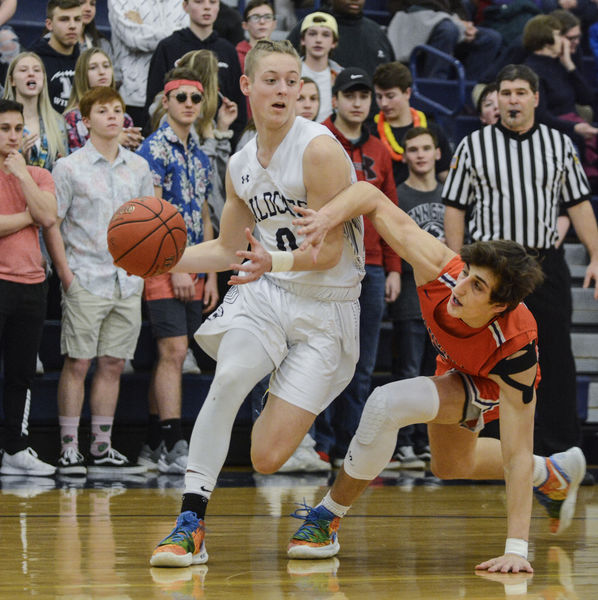 Robert Inglis/The Daily Item Danville's Mavin James looks to get a shot off during Monday's game against Mifflinburg.

Danville’s KJ Riley gets fouled on a shot attempt while guarded by Mifflinburg’s Isaiah Valentine.

MIFFLINBURG — It’s not often a switch to a zone defense results in a more aggressive attack, but that’s exactly what happened Monday night for the Danville boys basketball team.

“That zone helps to start communicating with each other,” Danville coach Lenny Smith said. “It’s a little bit of a matchup (zone), and it gets people talking. It must have carried over to the man.”

“Once we get into that zone, it really kick-started us on both ends,” Danville senior Mavin James said. “We able to get some turnovers and get running (on offense).”

Danville (16-6 overall, 11-1 HAC-I) wrapped up the Division I title — the Ironmen’s second straight and third straight counting a Division II crown in 2018. The Ironmen graduated four starters from last year’s undefeated division champions, including two 1,000-point scorers, and dropped just a late December contest on the road to Shamokin in the division.

“It’s huge. We knew once we got every one back (James missed three games with an injury, while fellow starter Jagger Dressler also missed three games), we’d be the best team in the league,” James said. “And we proved it.”

The Ironmen will face Montoursville (16-4) — which qualified by virtue of its 60-33 win over Hughesville on Monday night — in the Heartland Athletic Conference Tournament semifinals, while the other game will pit Mount Carmel (17-5) and Loyalsock (22-0). Both games are Wednesday night at Shikellamy, beginning at 6 p.m. with the league waiting until this morning to determine the times for each game.

Mifflinburg — which has a regular-season game remaining with Selinsgrove — drops to 9-12, 5-6.

Danville did an oustanding defensive job on Mifflinburg’s top two scorers. The Ironmen held Isaiah Valentine to nine points on just two field goals, while Dante Colon had one field goal and six points in the game.

“I thought we did a real good on job on both of those guys,” Smith said. “Let’s face it, we can put five real good athletes on the court at the same time that really helps. It helps to on the offensive end, but it really helps on the defensive end.

“Now, if I could only get those five real good athletes to rebound, we’d be in great shape,” Smith joked.

The Wildcats fell behind by a 12-4 score early, but scored 11 straight points out of a timeout to end the first quarter — led by seven points by Jake Young — to open up a 15-12 lead after one quarter. Once Seth Kline knocked down a 3-pointer to open the second quarter that Wildcats had an 18-12 advantage with 7:31 left in the first half.

“It never fails — I gave them two nights off last week and then we had a snow day,” Smith said. “Mifflinburg played really well early, and I think we just seemed a little off. We kind of needed that spark the defense gave us.”

Mifflinburg remained ahead until the Ironmen switched to its match-up zone. James hit back-to-back 3-pointers, and Dressler added a 3-pointer. When freshman Carson Persing forced a turnover and scored a layup, Danville led 27-21.

The Wildcats started the third quarter 1-of-6 from the floor, including 1-of-5 from the 3-point line. Dante Harward scored on a drive to give the Ironmen a 35-26 lead with 4:08 left in the third quarter. Cannon Griffith hit back-to-back 3-pointers, sandwiched around a Danville bucket, to get the Wildcats back within five.

However, Jack Smith knocked down a 3-pointer, and James converted on a three-point play and the Ironmen built an 11-point lead (43-32) with 1:32 left in the game.

The Ironmen led by as many as 15 in the fourth quarter after Harward knocked down a shot with 3:57 left, but Mifflinburg answered with a fast 10-2 run, capped by six straight made foul shots to pull back to 57-50 with 2:11 left.

Danville was 4-of-6 from the free-thow line, and got a James putback to get back lead back to double digits with about a minute left in the game.

James finished with 18 points, eight rebounds and four assists. Dressler had a double-double with 14 points and 10 rebounds. Smith chipped in 12 points.

Young finished with 13 points and a game-high 13 rebounds. Dylan Doebler scored 10 of his 12 points in the second half for Mifflinburg.