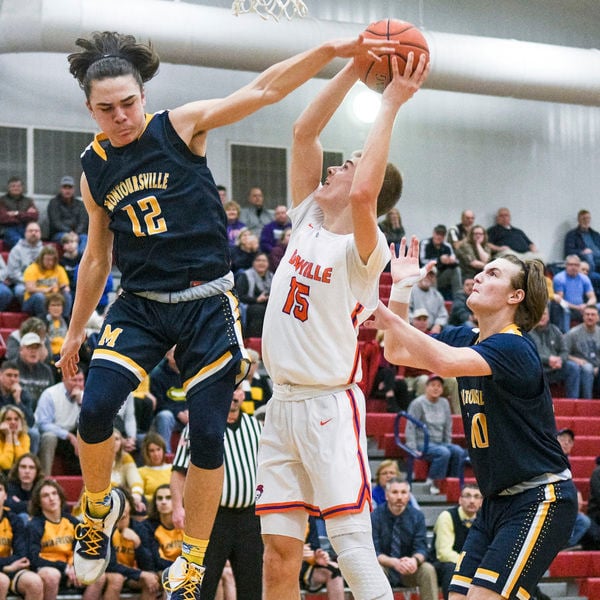 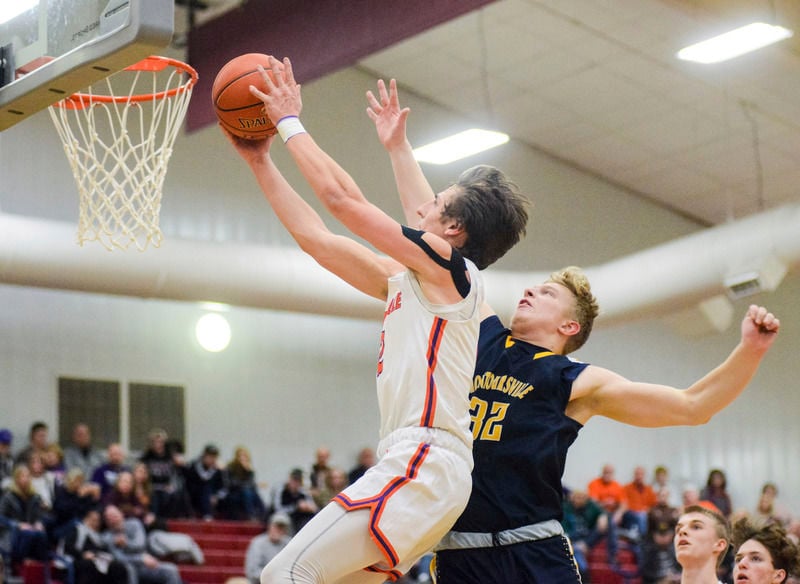 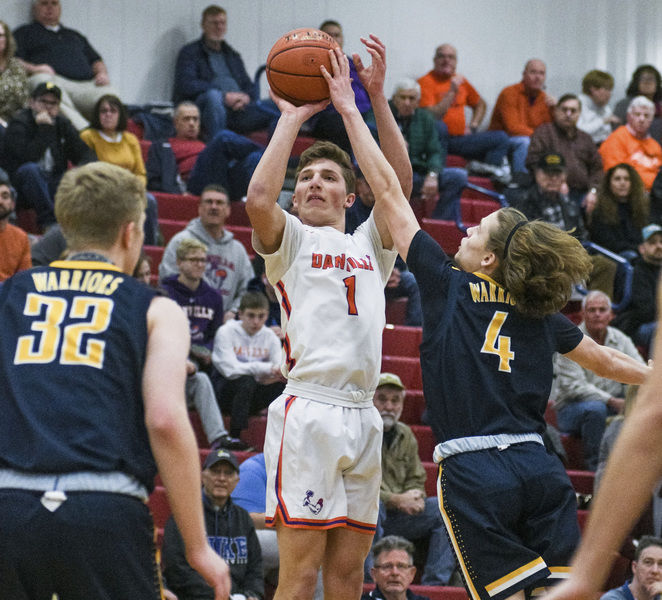 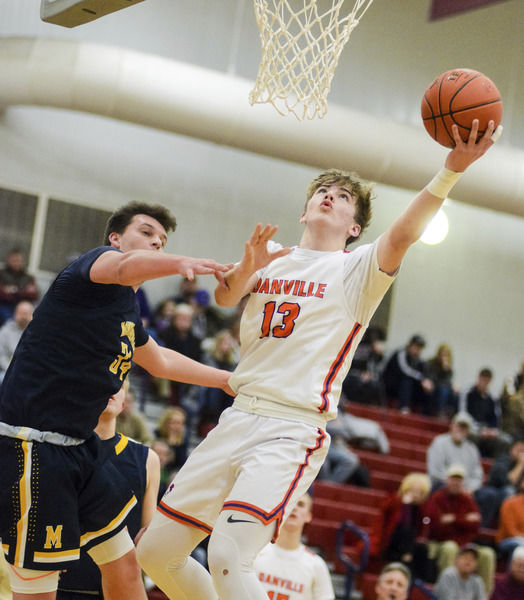 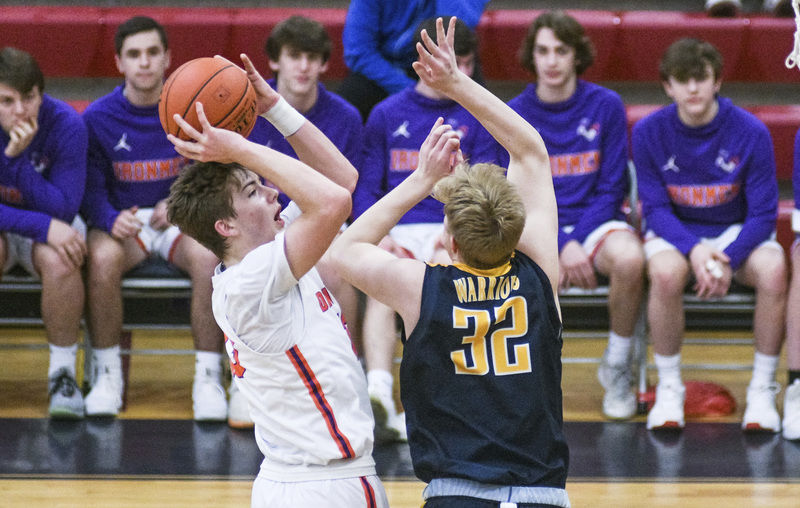 SUNBURY — Danville's boys basketball team fell into the trap of the Montoursville zone defense Wednesday night in the semifinals of the Heartland Athletic Conference tournament.

The Ironmen began to settle for 3-pointers, and went ice cold from the floor at the same time. The Warriors whittled a double-digit deficit to four points in the third quarter.

"The coaches told me to (go to the mid-range game)," Ironmen senior Mavin James said. "It's a way for me to get easy shots and get going. I knew they didn't have a matchup (defensively) for me, so we felt I could get some easy points there. As a whole team, we were shooting way too many 3s there."

James scored 12 of his team-high 17 points in the second half — including six straight third-quarter points that pushed the lead to 10 — as Danville beat the Warriors, 56-45, at Lockcuff Gymnasium at Shikellamy High School.

It avenged a 61-57 loss to Montoursville in last year's HAC semifinals after a regular season in which Danville had beaten every HAC team it played by double digits — short of a one-point win over Shamokin and a nine-point win over Loyalsock.

"We took that one hard last year," James, the only starter back from last year's Danville squad.

It looked early on like the Ironmen would run away from the Warriors. Both teams opted for zone defense. Danville suffered through a five-minute scoreless drought in the first quarter, but still built a 21-12 lead with 5:23 left in the first half when James knocked down a 3-pointer.

Danville's defense limited Montoursville to 6-of-23 shooting in the first half, and built a 12-point lead by halftime.

Hunter Shearer and Josh Burger each hit 3-pointers for the Warriors to cut the Danville lead to 34-30 with 2:30 left in the third quarter. A quick timeout by Danville coach Lenny Smith and the offensive adjustment helped the Ironmen put away Montoursville.

James scored on three straight possessions, all on mid-range jumpers. Dante Harward capped the run with a driving layup with 26 seconds left in the third quarter, and Danville's lead was again 40-30.

"We just needed to get a good shot; that was key at that moment," Smith said. "It didn't have to be a 3 — or anything, really. It even could have been a miss as long as it was a good shot.

"I think the timeout calmed them down a little bit and we settled down. We were fine after that."

Dillon Young had 22 points to lead the Warriors, while Shearer finished with 11 points.