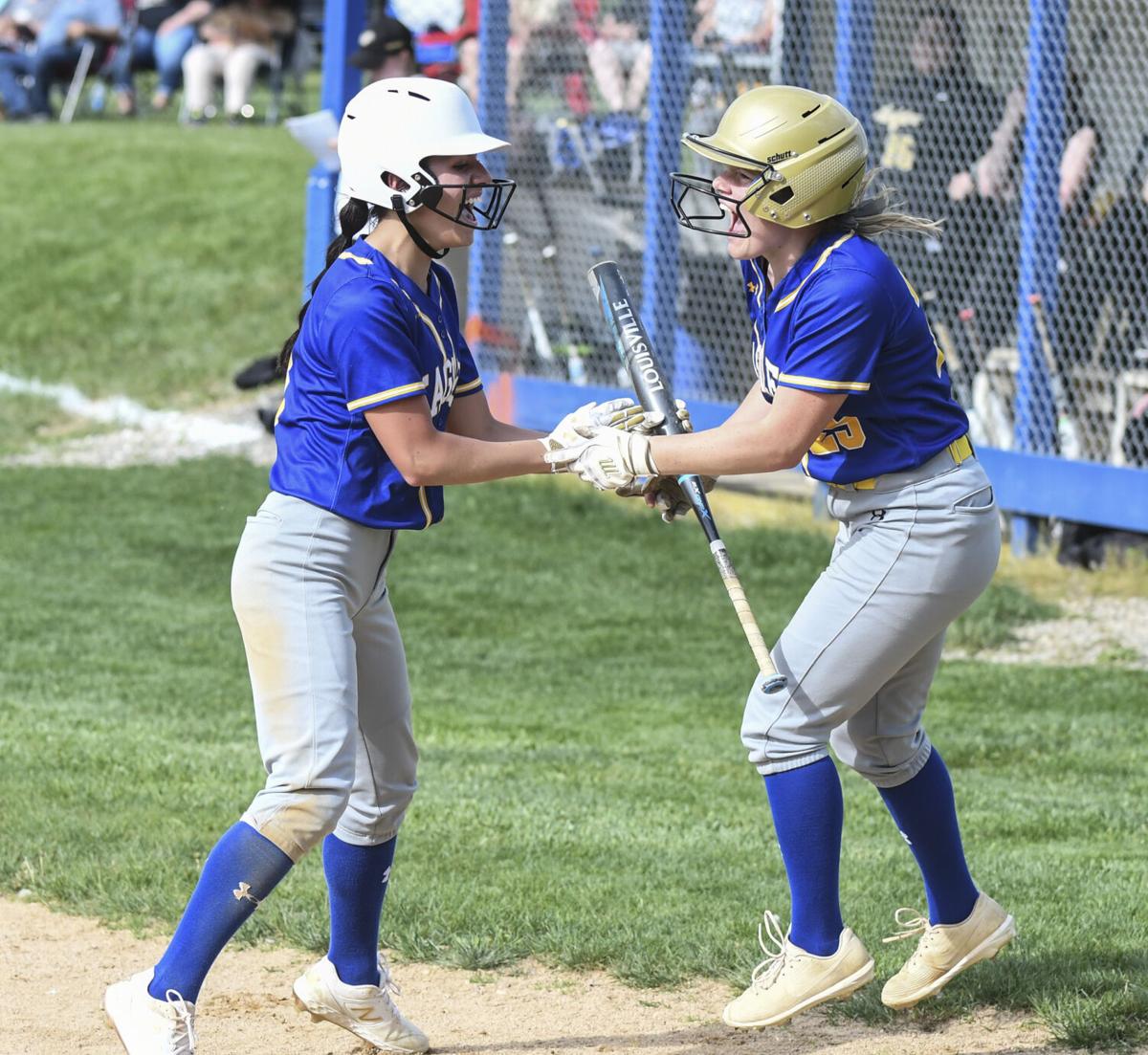 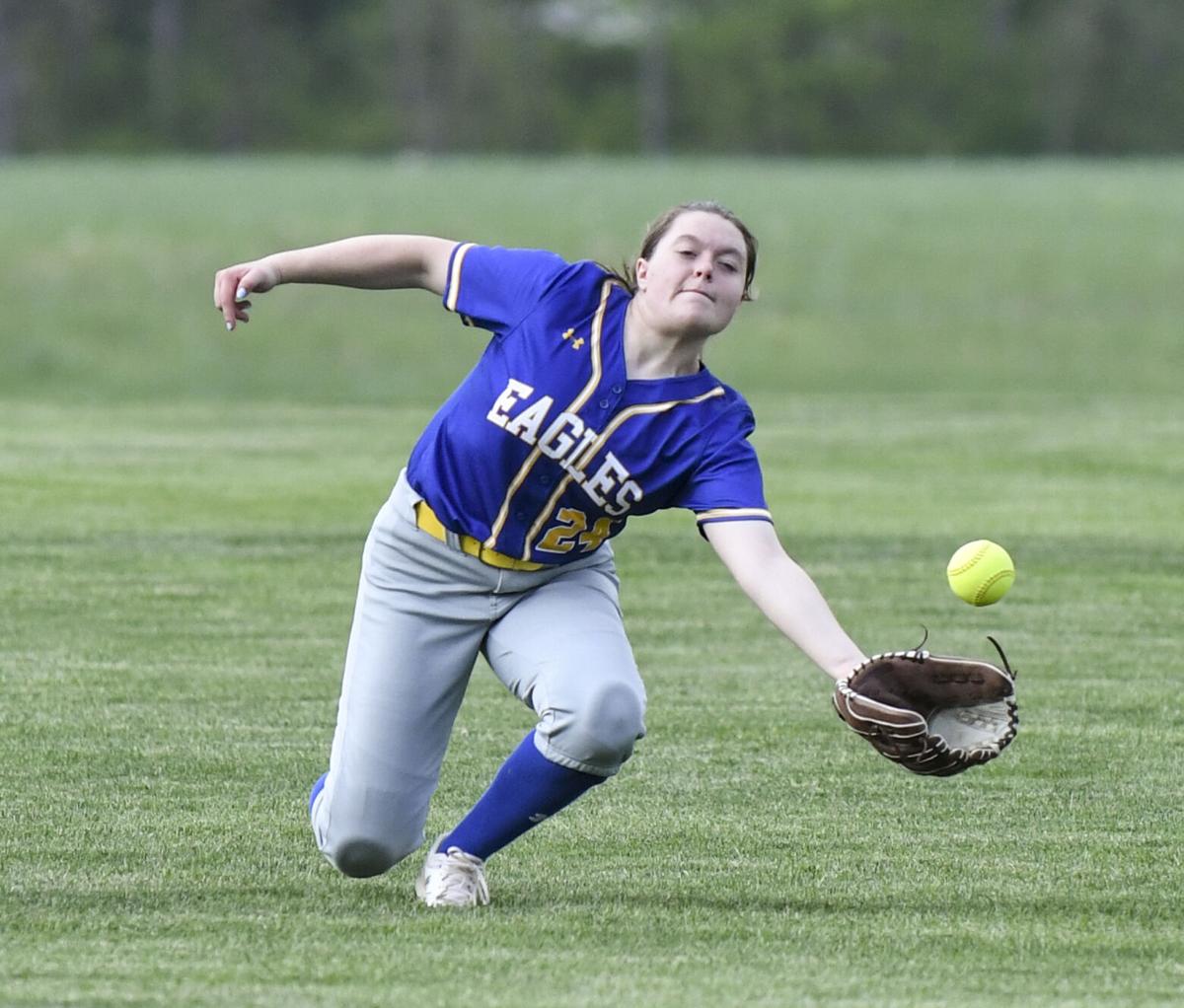 Line Mountain’s Cassie Laudenslager reaches out as she tries to make a catch in the outfield during Tuesday’s game against Halifax. 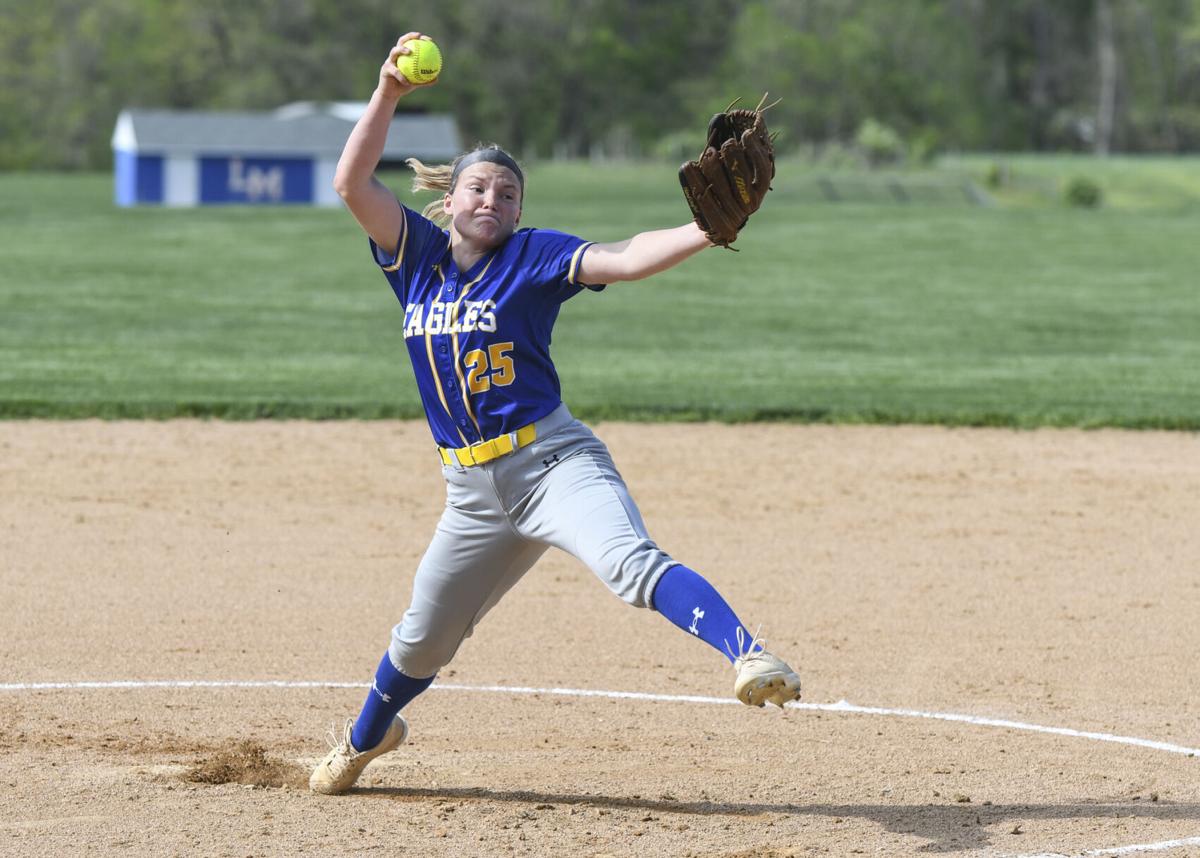 Line Mountain’s Cassie Laudenslager reaches out as she tries to make a catch in the outfield during Tuesday’s game against Halifax.

MANDATA — As the postseason draws closer, Line Mountain's offense is coming along with the Eagles picking up six hits on Tuesday.

However — as has been the case for the previous five games — Kya Matter had to provide most of the offense for Line Mountain in a Tri-Valley League showdown against Halifax.

Matter hit a two-run homer to give her team the lead, then broke a tie in the bottom of the eighth inning by scoring on a wild pitch as the Eagles beat the Wildcats 3-2 to take over first place in the TVL.

"We've been in close games; we call them heart-attack games," Matter said of the team's fourth game decided by one run, and third to go extra innings. "We figure it out; we've won the majority of games like this."

Matter's speed provided that break in the bottom of the eighth. Leading off the inning, the senior flicked a ball down the right-field line that the Halifax fielder retrieved on one bounce.

However, Matter still cruised into second base with a double. Brooke Novinger sacrificed her to third. Cassie Laudensalger then grounded to third.

Matter forced a throw to home, but scampered back to third. Two pitches later, Mackenzie Sawdey's pitch rolled to the backstop and Matter cruised home with the game-winning run.

Halifax took an early 1-0 lead in the top of the first. Aliza Steinhauer reached on an error, ended up on third on Amyah Lebo's sacrifice bunt and scored on a wild pitch with two outs.

The Eagles answered in the bottom of the third. Emily Gonsar singled and took second on a throwing error. Matter followed with a shot into the left-center field gap for her fifth homer of the season, and a 2-1 advantage for the Eagles.

The Wildcats answered in the top of the sixth. Hannah Lebo tripled with two outs, but got caught in a rundown between third and home. Line Mountain was called for interfering with the runner, and Lebo was awarded home to tie the game.

Line Mountain had a chance to take the lead in the bottom of the sixth, and break the tie with two outs. Kylie Klinger reached on an infield single, and Kaely Walshaw followed with a single to put runners on the corners, but Swadey got the next hitter to ground out.

Matter went all eight innings for the win, allowing just two hits. She struck out 12 and walked one.

Sawdey was outstanding in her own right. She struck out 12 and didn't walk a batter.

"We haven't been hitting well, but you can't take anything away from Sawdey," Fessler said. "She had us off balance the entire game with her changeup, and did a great job of mixing her pitches."