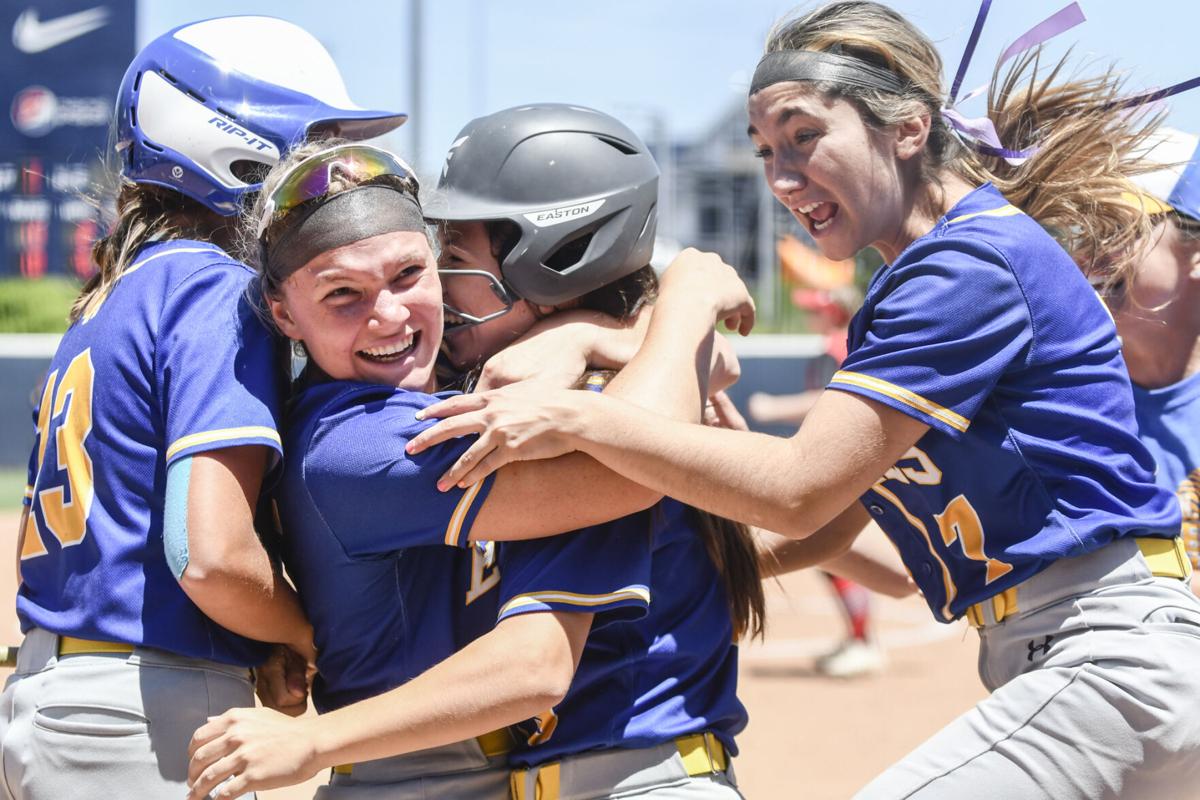 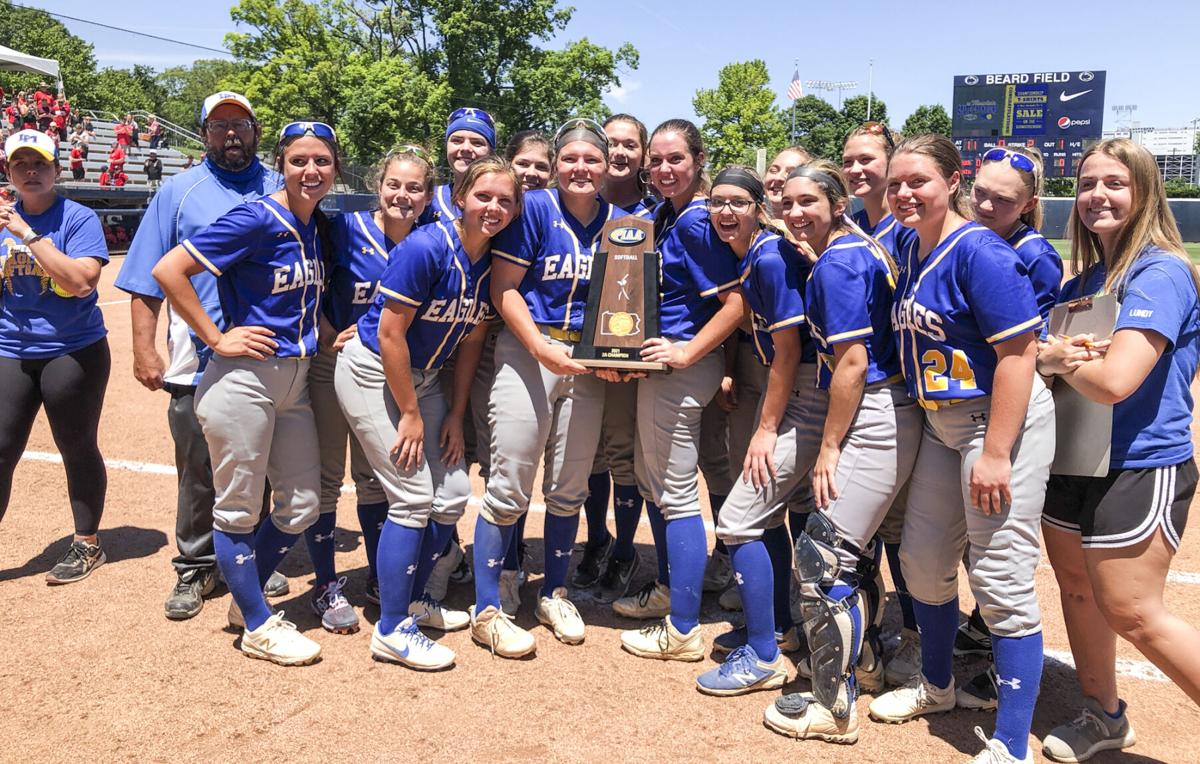 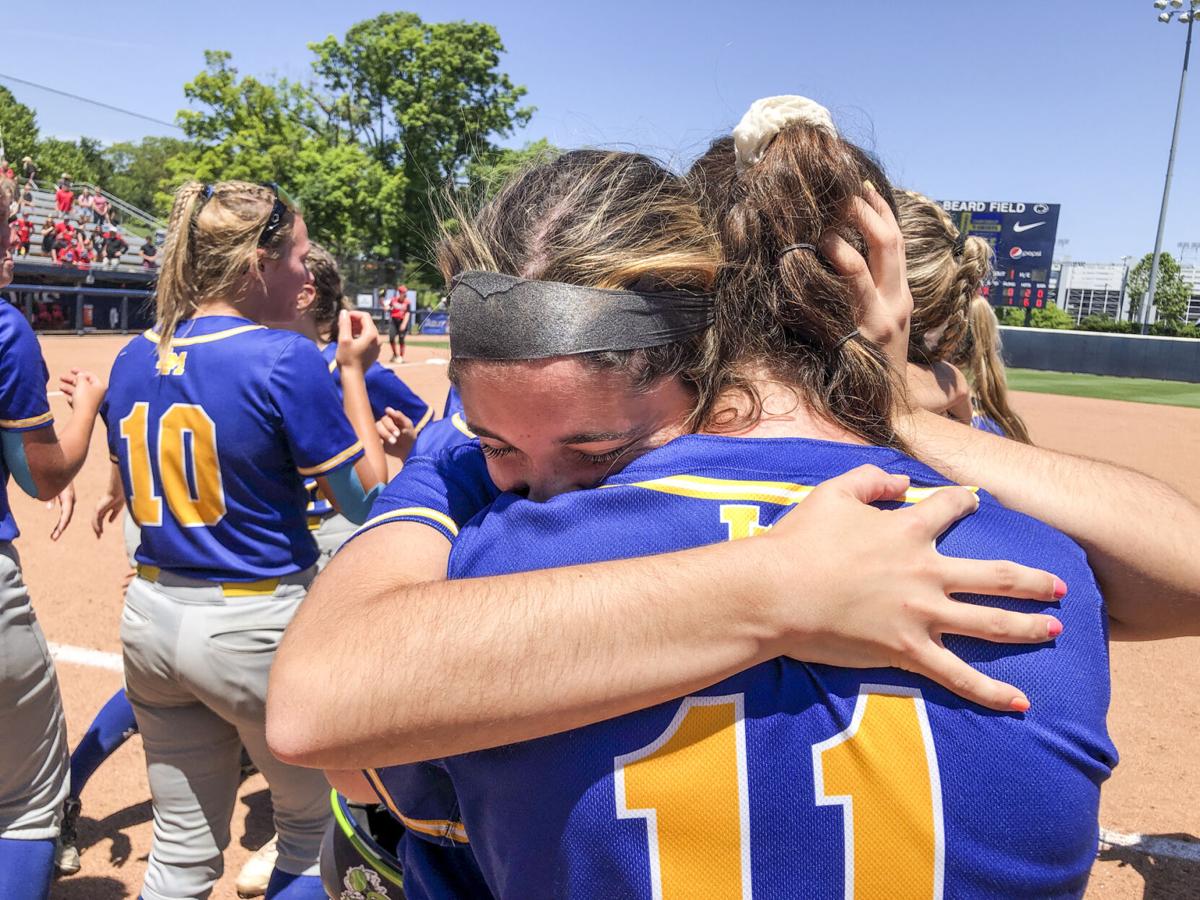 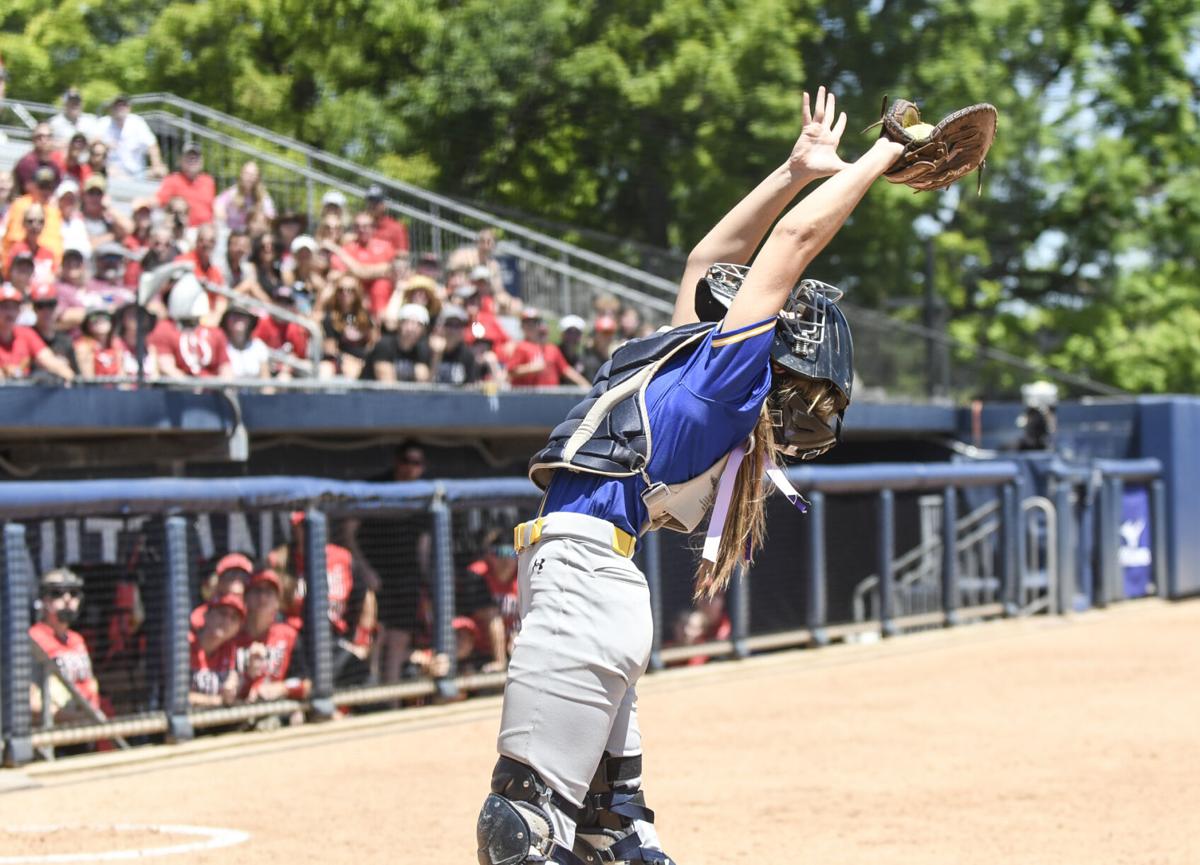 Robert Inglis/The Daily Item Line Mountain catcher Aspen Walker reaches back to make a catch for an out during Thursday's state title game against Ligonier Valley. 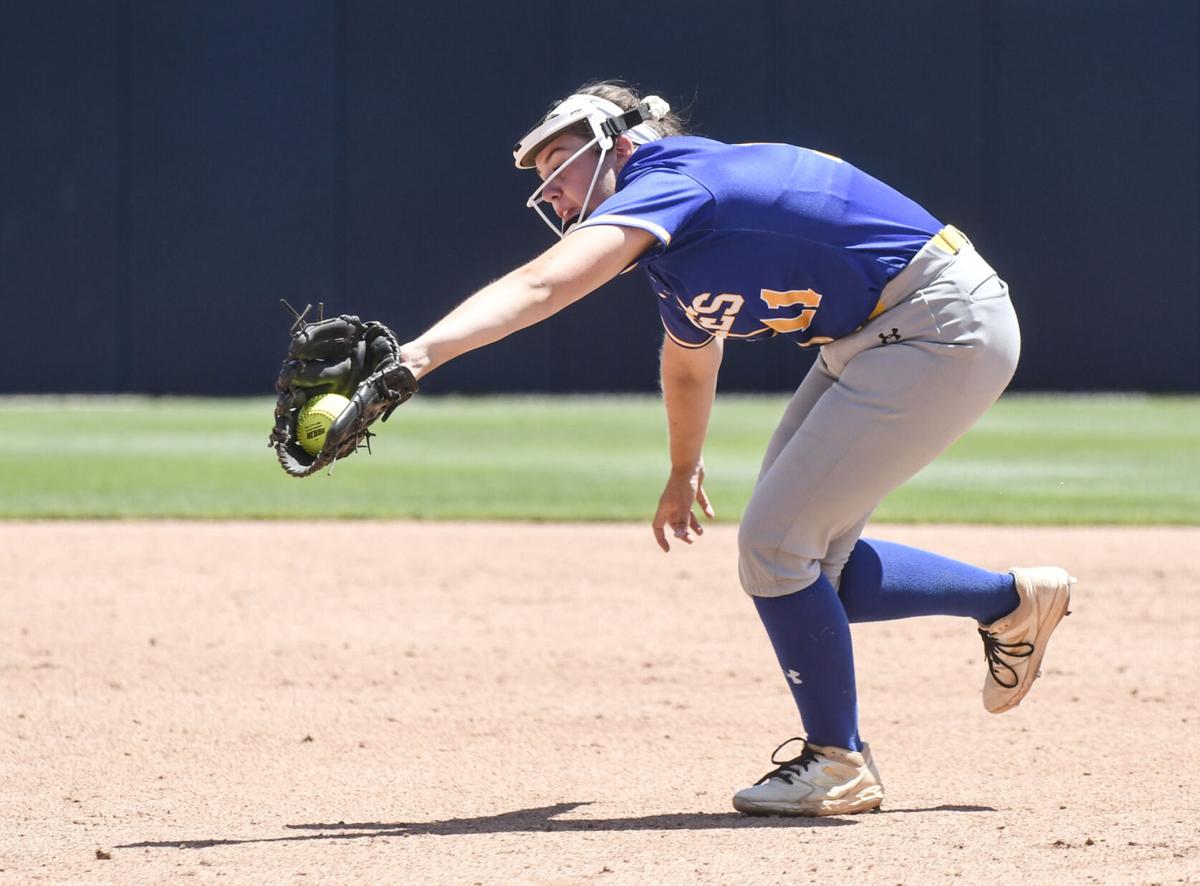 Line Mountain’s Kaely Walshaw reaches out to make a catch in the infield for an out during Thursday’s state championship game against Ligonier Valley. 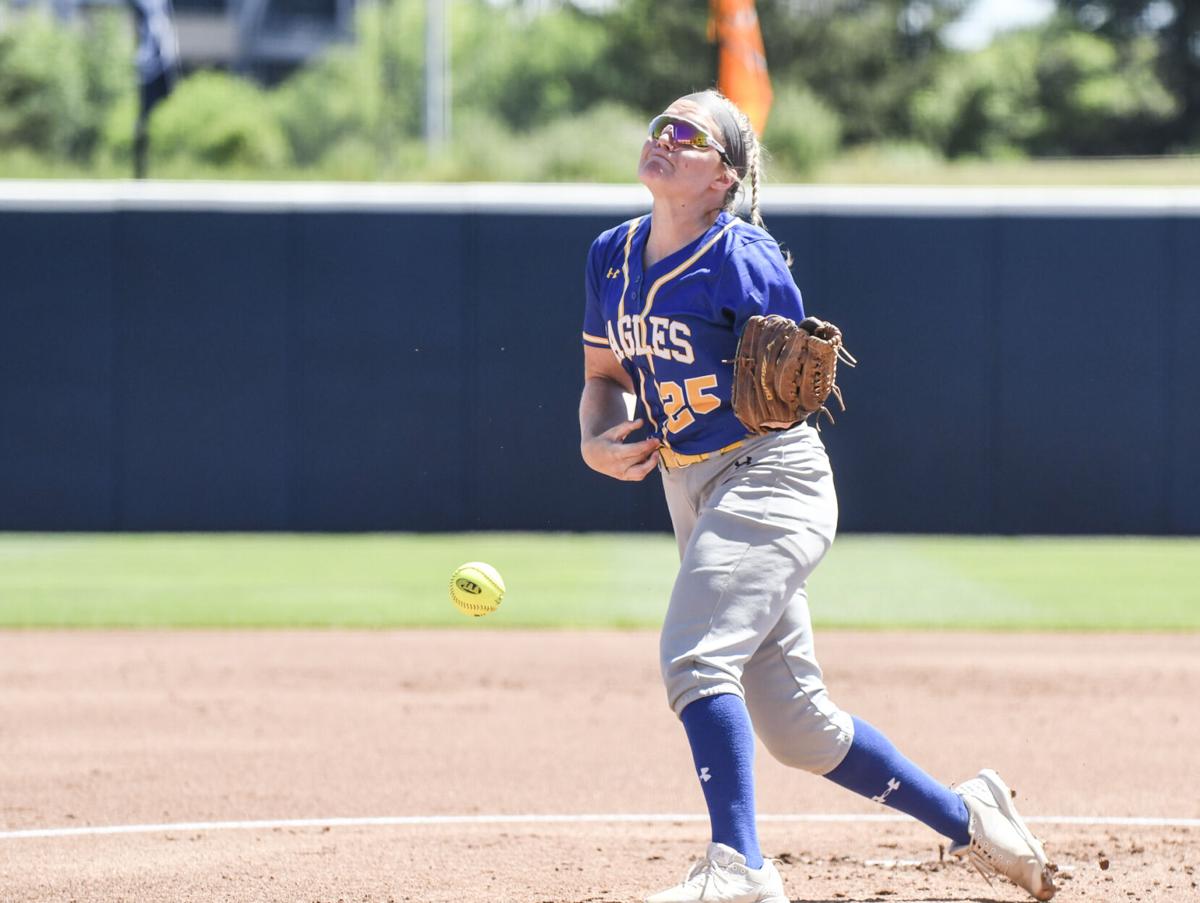 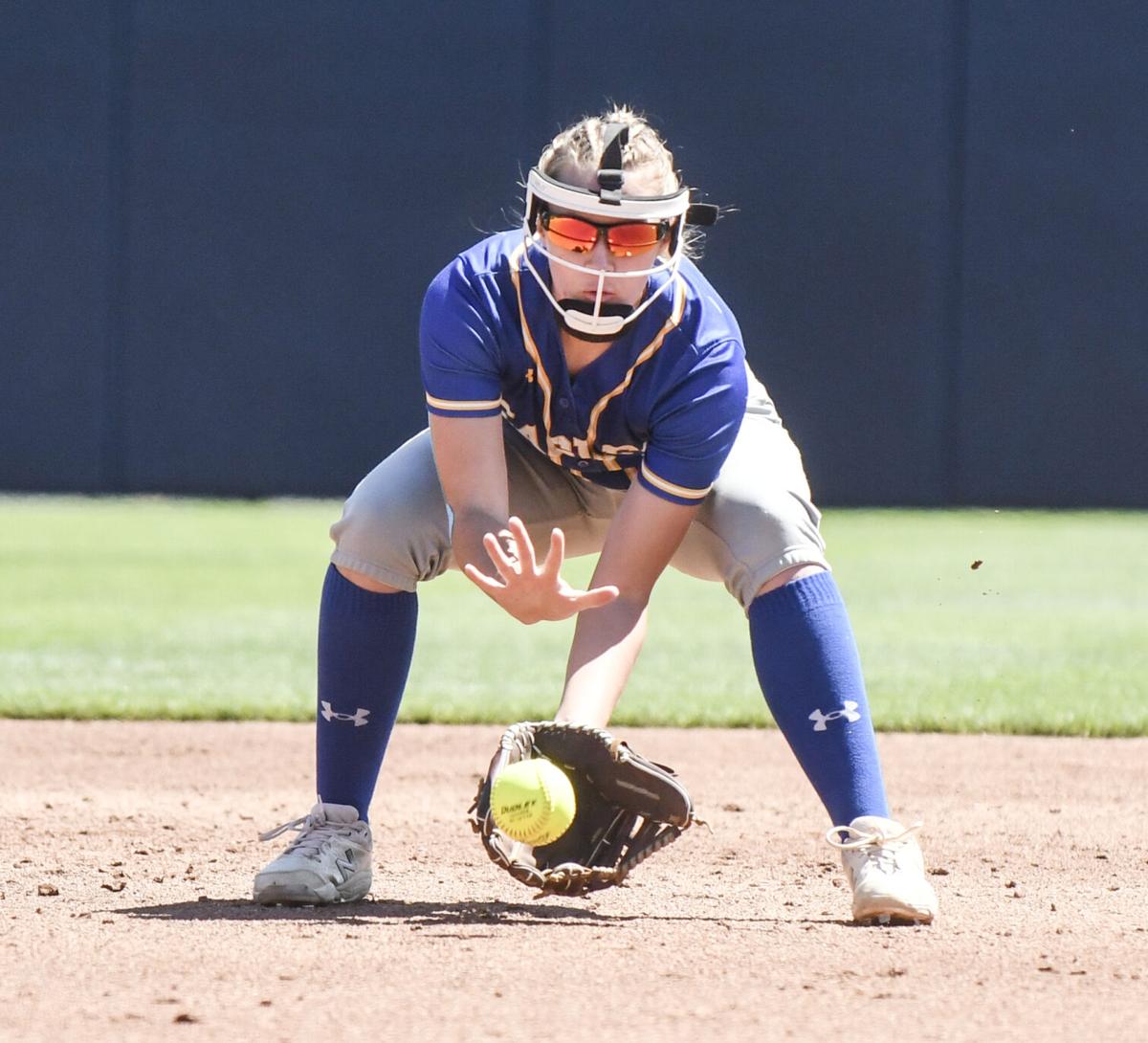 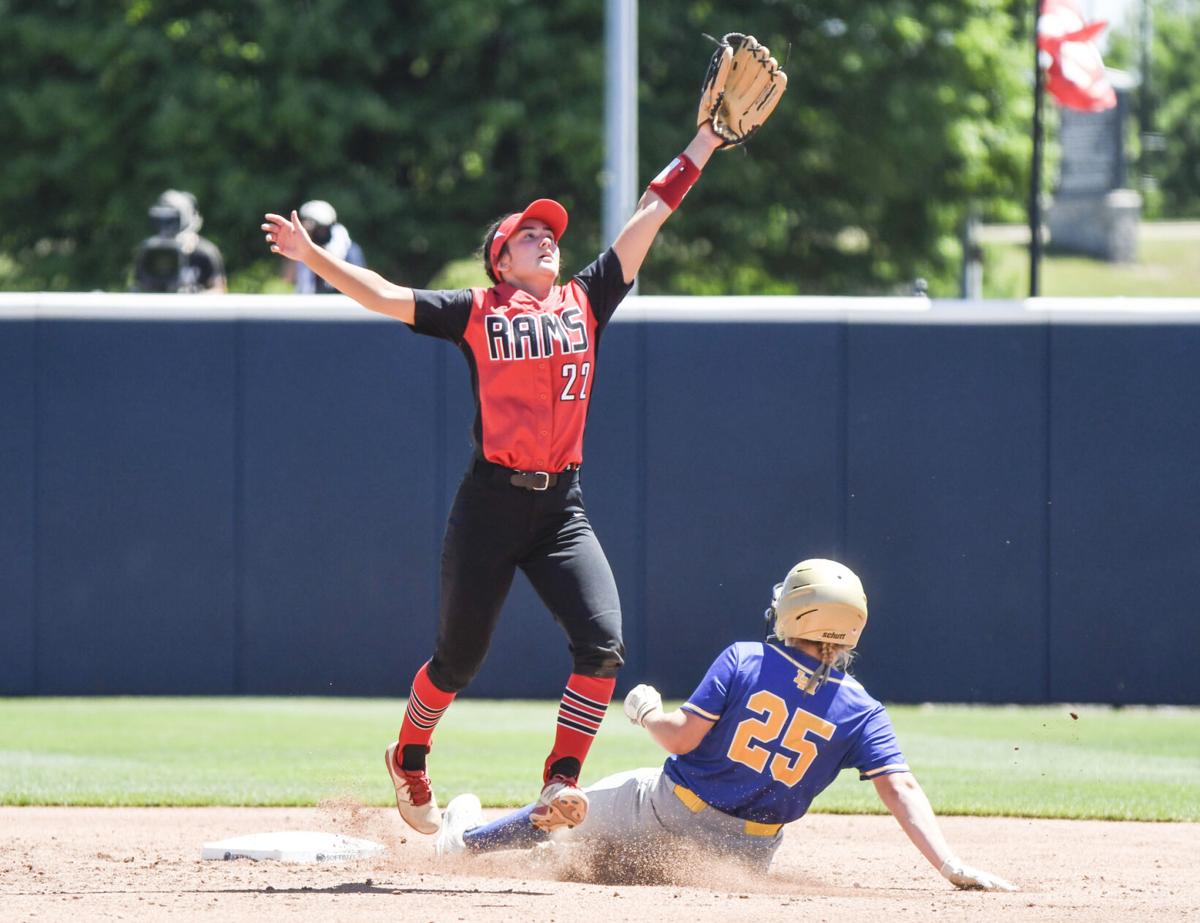 Line Mountain’s Kya Matter slides safely into second base on a stolen base as the ball gets past Ligonier Valley’s Haley Boyd during Thursday’s state title game. 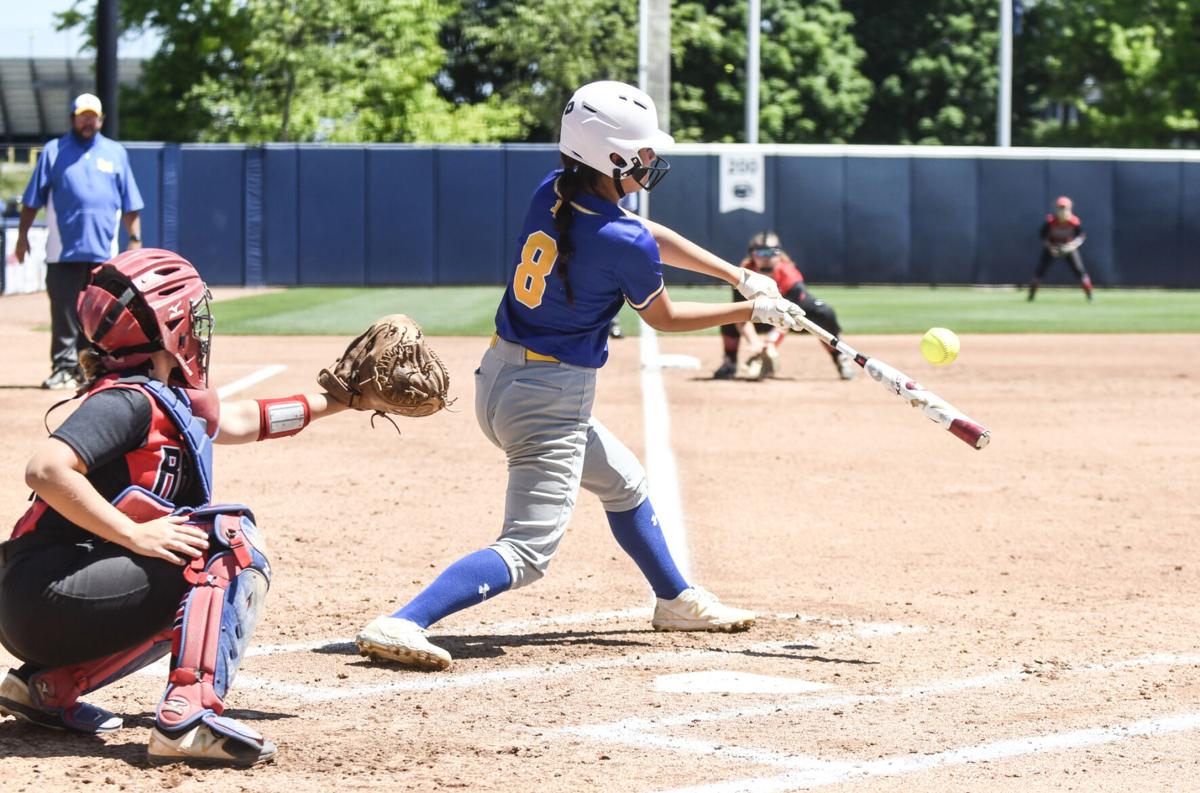 Robert Inglis/The Daily Item Line Mountain's Emily Gonsar gets her bat on the ball but was unable to reach safely on the play during Thursday's state title game against Ligonier Valley. 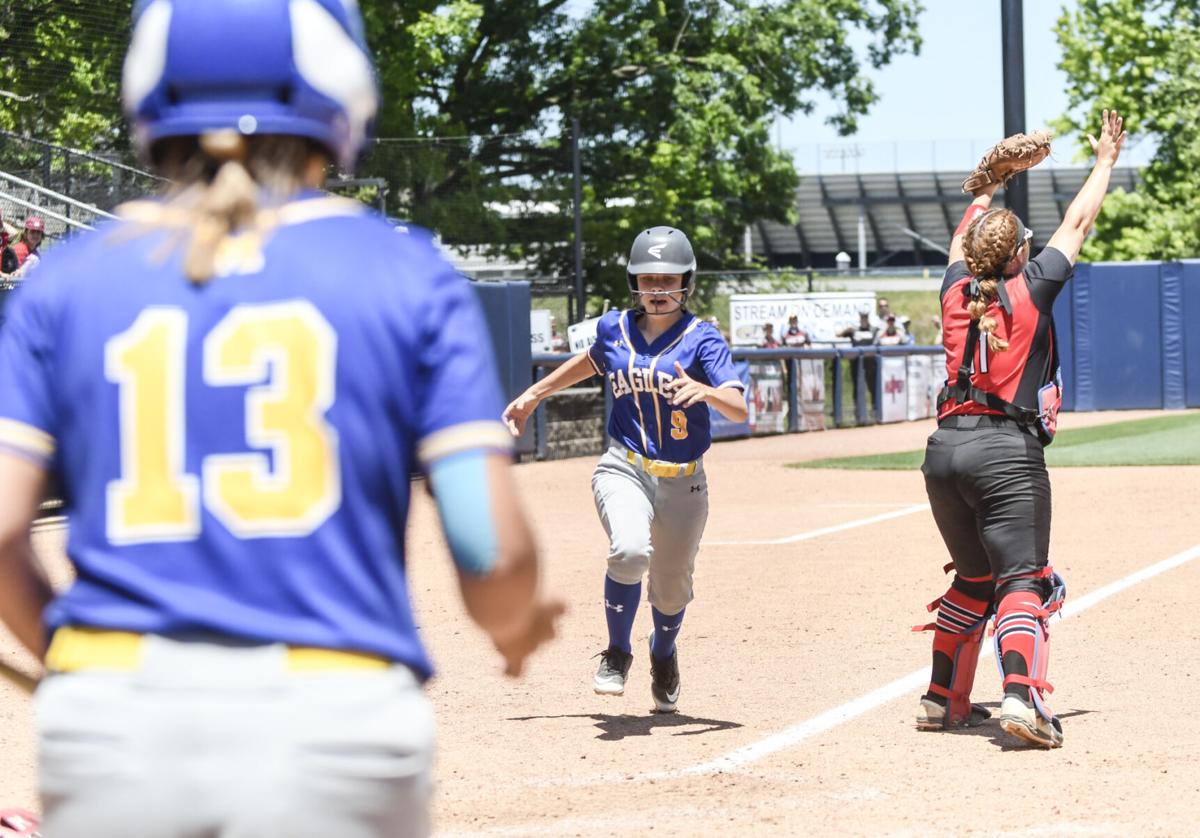 Robert Inglis/The Daily Item Line Mountain catcher Aspen Walker reaches back to make a catch for an out during Thursday's state title game against Ligonier Valley.

Line Mountain’s Kaely Walshaw reaches out to make a catch in the infield for an out during Thursday’s state championship game against Ligonier Valley.

Line Mountain’s Kya Matter slides safely into second base on a stolen base as the ball gets past Ligonier Valley’s Haley Boyd during Thursday’s state title game.

Robert Inglis/The Daily Item Line Mountain's Emily Gonsar gets her bat on the ball but was unable to reach safely on the play during Thursday's state title game against Ligonier Valley.

STATE COLLEGE — Willing to do anything for the team, Kaely Walshaw was ready to sacrifice the potential winning run to second base in the ninth inning of the PIAA Class 2A state title game Thursday.

In the back of her head, though, the senior first baseman knew it was going to take more than a perfect bunt for Line Mountain to win its first softball state title.

"The first pitch was supposed to be a sacrifice," Walshaw said. "I really didn't want to, because I thought, 'We really need a hit to win this game.'"

Walshaw drove an 0-2 pitch that two-hopped the left-center field fence with one out in the bottom of the ninth, and courtesy runner Brooke Barwick motored home from first base to give Line Mountain a 1-0 victory over Ligonier Valley, and the 2021 Class 2A state championship.

Kya Matter was again dominant in the circle, allowing just two singles. She struck out 17 and didn't walk a hitter. Ligonier Valley had one runner reach scoring position, and it came in the top of the seventh.

The Rams had an ace of their own. The Eagles struggled at the plate against Ligonier Valley pitcher Madison Griffin. Line Mountain struck out 17 times through the nine innings, including looking nine times.

"Their pitcher, you can't take anything away from her at all. She would give us good pitches to hit early in the count," said Line Mountain coach Butch Fessler, who celebrated his 20th season with the program this season. "Then, she would start working the junk away. She did a heck of a job of keeping us off balance."

Griffin's fastball was oustanding, but the Eagles saw great fastballs before in the postseason. It was Griffin's ability to spin the ball and hit her spots that had Line Mountain off balance.

"A lot of times, (Griffin) was throwing that first-pitch strike, but we weren't aggressive," catcher Aspen Walker said. "I think what it was — her spin was really tight, and really hard.

"In the stands you can't tell, but that tight spin makes it look really fast in the box."

Walker and Walshaw both had hits in previous at-bats coming into the bottom of the ninth. They almost produced a run in regulation, when they both singled with one out, but Griffin got back-to-back strikeouts to send the game into extras.

With one out, Walker singled on the first pitch she saw in the ninth.

"We did start to hit; it was because we jumped on a pitch early," Walker said. "A lot of times, she was throwing a first-pitch strike. I like to swing at the first pitch."

That brought Barwick on to be the courtesy runner, and the freshman admitted she was nervous.

It also didn't help that after the first pitch to Walshaw, Ligonier Valley catcher Eden Krouse tried a pickoff throw. Second baseman Bella Schueltz made a diving catch back toward second after running to first to receive the throw.

"I kind of wanted the element of surprise," Fessler said. "I knew Kaely was seeing her well, and maybe the defense would be in motion (if they thought there was a sacrifice)."

Walshaw also felt she had a good read on Griffin. In her first at-bat, she got out in front of a pitch and pulled it foul out of Beard Stadium.

"All game, I was fouling her off. I needed to just time her up right on one. In the end, I got it," Walshaw said. "I actually like the ball inside, and I just felt like I was on her the whole game.

"Like I just needed to time one, and make something happen."

Walshaw got one inside and timed it perfectly. She absolutely tattooed the ball to the left-center field fence.

"Knowing Kaely, I know she can really hit the ball," Barwick said. "I knew it was down. I just really ran."

Barwick scored from first rather easily setting off a celebration at home plate, and in the first-base side of the stadium where a throng of Line Mountain fans were seated.

After nine nail-biting innings in the circle, Matter was ready for her team to get a run.

"I was definitely feeling the stress. I also knew in the 10th inning, they start putting the runner at second base, and anything can happen then," Matter said. "I was like 'All right guys, can we do it now?'"

Matter almost ended the game in the bottom of the eighth. She ripped a pitch off the top of the left-center fence that just missed going out for the game-winning homer.

"I actually thought it did," Matter lamented, but she had to settle for a double.

However, "it all worked out in the end," for Matter and the Eagles. That double was also her 100th career hit in just three seasons because the 2020 season was canceled due to the coronavirus pandemic.

(one out when winning run scored)