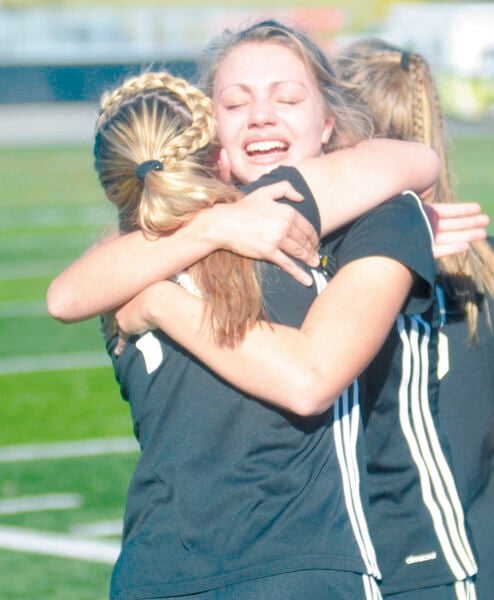 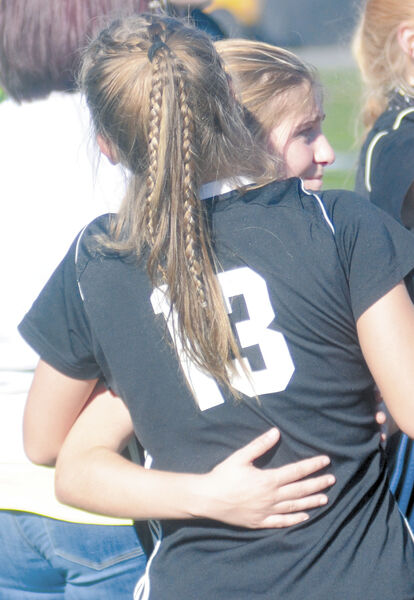 HERSHEY — Evelyn Cook maintained faith that she and her Southern Columbia teammates could do something special this year, even though their girls soccer season had more than a few bumps along the way.

The Tigers dropped to 7-9 after a nine-goal loss to Central Columbia on Oct. 17. Southern Columbia didn’t lose again, closing the season on an eight-game winning streak, with win No. 8 coming Friday in the Class A state championship game.

“It feels incredible,” Cook said, holding up the gold medal hanging around her neck. “I always knew we could win and get this far, but I never thought it would be so tangible, holding the trophy.”

Loren Gehret scored a pair of first-half goals as the Tigers defeated Greensburg Central Catholic 2-1 to claim the state title.

“It was an amazing run,” Southern Columbia coach Derek Stine said. “We knew our regular season was brutal. We played some great teams.

“This postseason run was a dream come true.”

The playoff success was possible in part because of that “brutal” regular season. The Tigers entered Friday’s title game with a 14-9 record, while the Centurions were 18-0.

“We’ve worked so hard this season, and we’ve played so many good teams,” junior Riley Reed said. “This was a great match today. We battled. ... We have played hard teams, and I don’t think they were as battle-tested as we were.”

“It’s the second time — it’s unbelievable,” Reed said. “We worked hard for this, and I’m proud of the team.”

In the 2018 title game, then-senior Sami Palacz scored the game-winning goal in overtime. Her younger sister, Mackenzie, was a freshman on that team.

On Friday, Mackenzie was the starting goalie for the state champion Tigers.

“It feels amazing because this time I was actually able to play,” Mackenzie Palacz said. “Last time, I was the backup keeper. To be able to be in the game makes it 10 times better.

“(Sami) was here today. It’s kind of surreal to see that she can score and I can save, and we can both be state champs.”

The Tigers have 11 juniors on their roster, and they said they’re planning to be back in Hershey again next year.

“It feels awesome,” junior Marlee Swank said. “I can’t believe we’ll get to do this again with our group of friends. This is so much fun.”