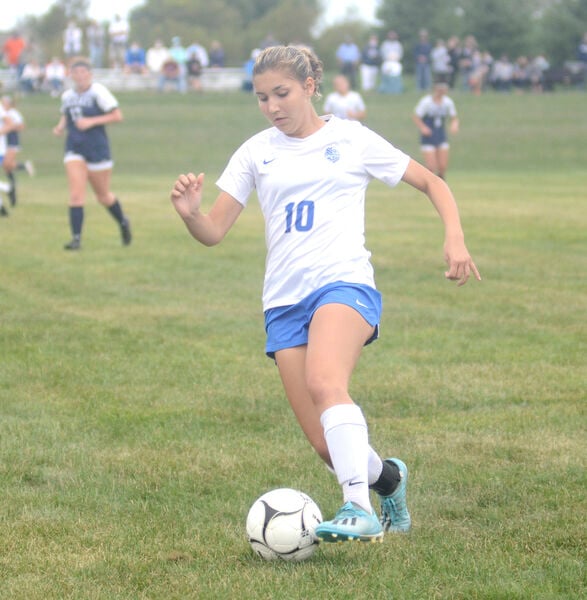 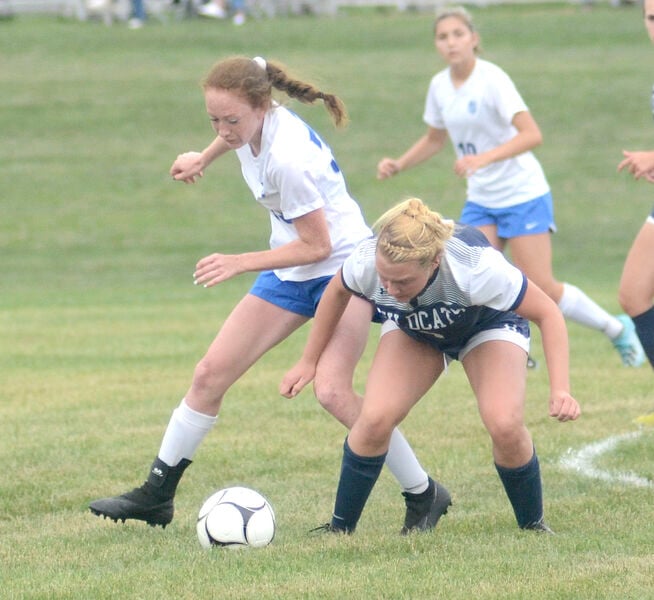 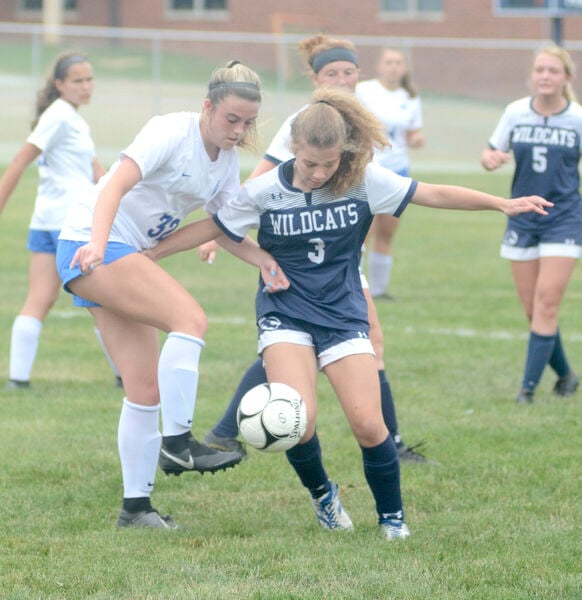 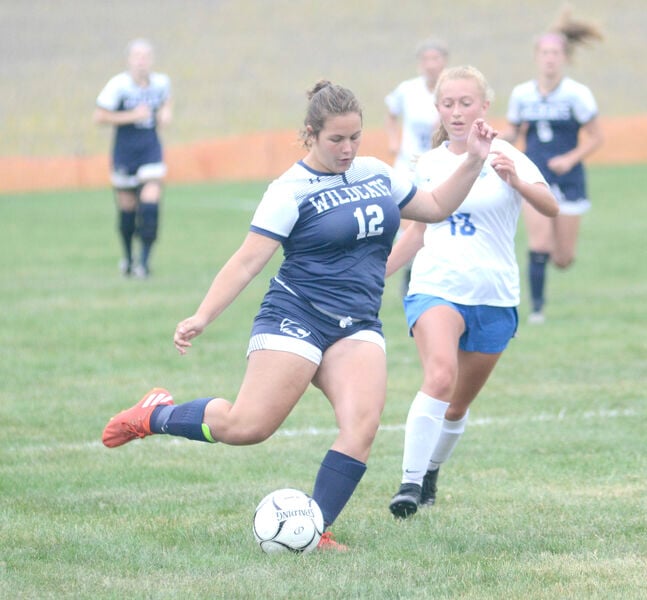 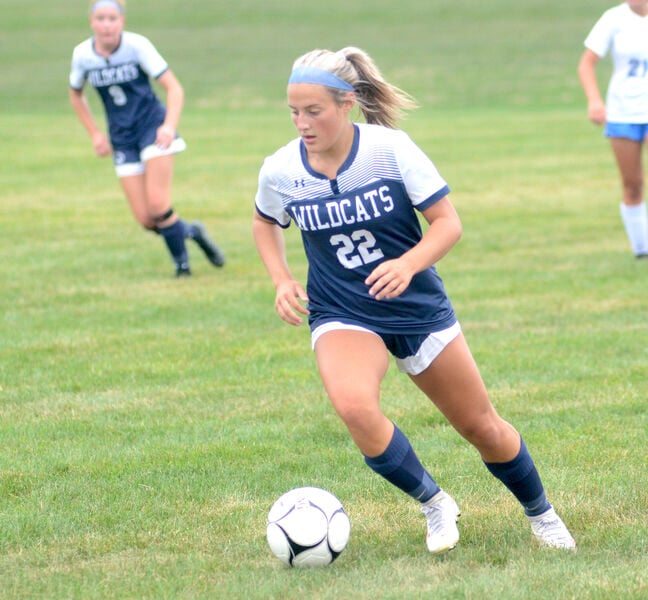 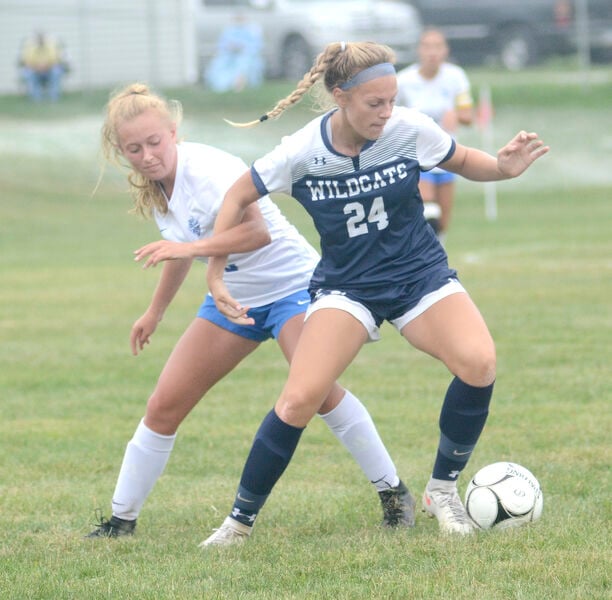 The Defenders twice tied the game after being a goal down, and both times the Wildcats took the lead back, quickly.

“Our last scrimmage was a prime example of how you can get down on yourself, and then the whole game goes away,” Walter said. “That really motivated us to not get down no matter what the score is.”

Mifflinburg (1-0) was able to stay composed after allowing goals, and earned a 4-3 victory in a Heartland Athletic Conference crossover.

“This team always fights hard when we get scored on,” Mifflinburg coach Erich Hankamer said.

The Wildcats scored just 6:20 into the game when Sarah Fritz scored with an assist from Avery Metzger, but Mifflinburg spent most of the rest of the half in its own defensive area. That was because Warrior Run’s high pressure was forcing the ball near the Wildcats’ goal.

“With the high pressure, we were creating some opportunities but we couldn’t get anything in the back of the net,” Warrior Run coach Rob Ryder said.

At halftime, Mifflinburg made some adjustments and the game opened up.

“I told the defense we just had to play a little bit more structurally sound,” Hankamer said. “We had to get the ball off our foot a little bit quicker.”

The Defenders (0-1) tied the game 72 seconds into the second half. Kiley Bohart sent a cross into the six-yard box from the right corner, and an open Braeleigh Dunkle fired it into the net for the first of six second-half goals, three by each team.

“We made a couple tweaks on what we were doing,” Ryder said. “They came back to what we were talking about in practice, and obviously, making a couple of adjustments worked for us (offensively).”

Mifflinburg also picked up its offensive production in the second half.

“We connected passes really well, especially on the offensive side of the ball,” Mifflinburg junior Kennedy Good said. “We played well out of the back and worked it up. Instead of playing kick ball, we worked as a unit.”

Good broke the 1-1 tie with just less than 33 minutes left in the game. The Wildcats sent a corner kick into the 18, and the ball squirted out to around 25 yards from the goal. Good battled with a pair of Defenders to win the ball, and popped it into the net over the goalkeeper from distance.

“I’m naturally a very aggressive player, so when I get some contact I run with that,” Good said. “I just knocked it around a little bit, and shot it.”

With 15:44 to play, Warrior Run tied it again. Zoe Reese scored the first of her two goals by beating Mifflinburg’s goalkeeper to a loose ball, taking a touch and firing it into the open net.

“Remi Stahl had a good chip over the defense,” Walter said. “I just ran with it. I saw the goalie out of the corner of my eye, so I passed it around her and passed it into the goal.”

Fritz scored her second goal of the game on a penalty kick two minutes to stretch the Wildcats’ lead to 4-2. Mifflinburg needed that cushion because Reese scored with 5:45 to play after a long diagonal pass from Alayna Wilkins gave her good space to shoot.

“It was definitely a battle,” Ryder said. “It was a great game. I couldn’t ask for a better day, except to win.”

Walter said she was happy with the win, but knew there was work to do.

“Winning your first game is always a good way to start off the year,” Walter said. “There’s obviously room for improvement. I know the potential we have, especially playing with a lot of these girls for the past six years, since junior high.”