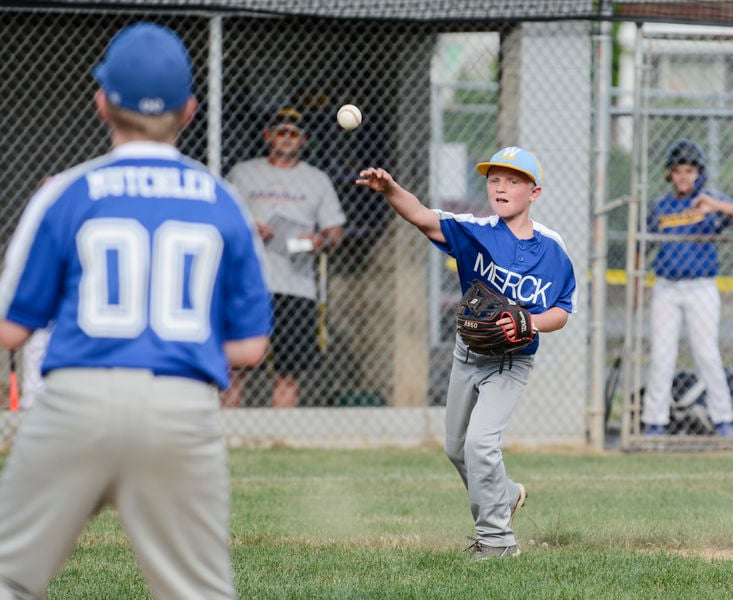 Robert Inglis/The Daily Item Merck's Ben Schrader throws to first base for an out during Monday's Little League major division game against Hawkins. 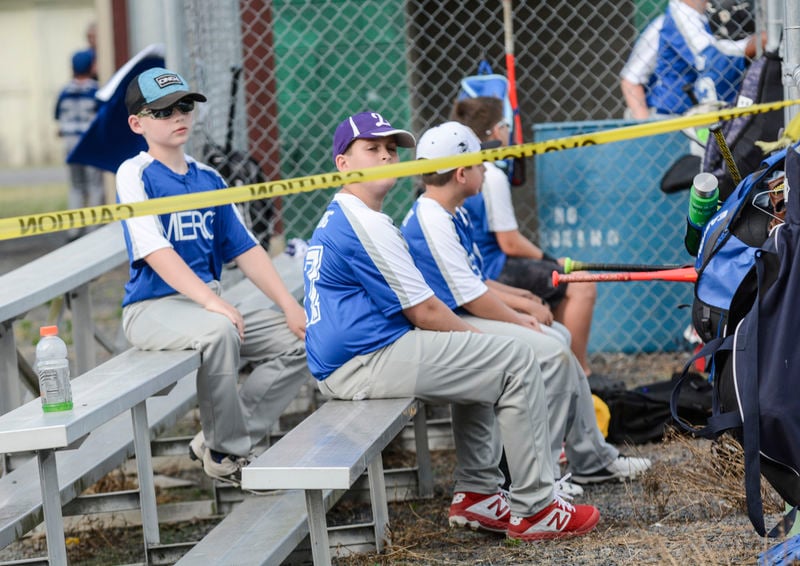 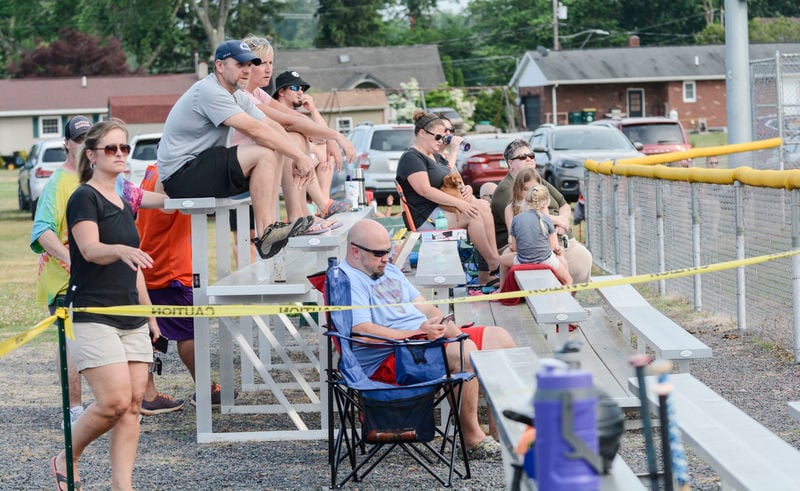 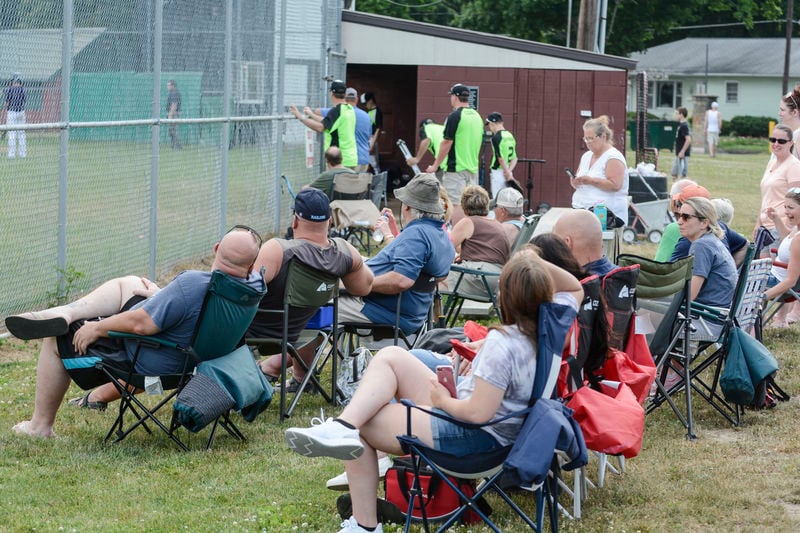 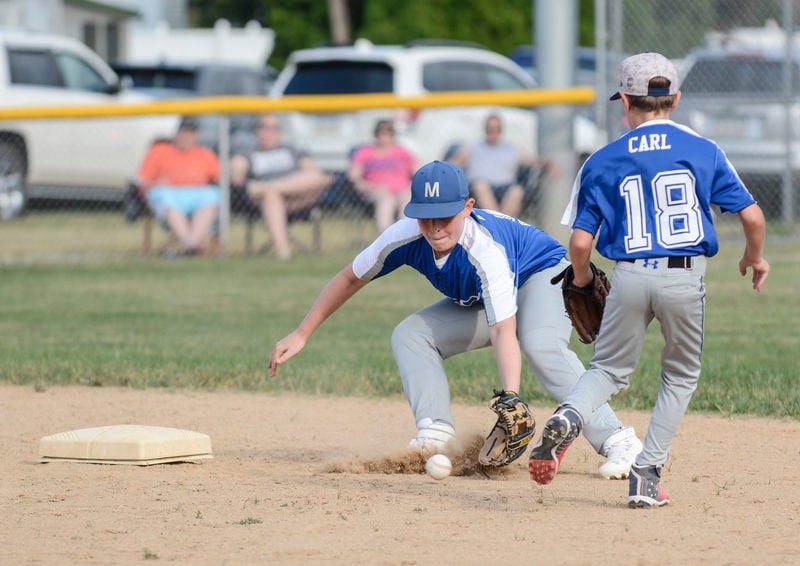 Robert Inglis/The Daily Item Merck's Ben Schrader throws to first base for an out during Monday's Little League major division game against Hawkins.

DANVILLE — While it has taken nearly three months for the professionals to figure out how to get back to baseball, at least one group of Valley players got that chance on Monday night.

Was the baseball crisp and high-level?

Not really — not with just four or five practices under their belts.

However, you couldn’t contain the excitement at the Washies Field as Danville Little League started its delayed 65th season with a coach-pitch game, a major division contest, and a battle in senior division.

The parking lot filled quickly at the Washies, and by 5:30 p.m. — a half-hour before either the major division game or the senior division game started — hardly a parking spot was left.

However, nothing could match the excitement of the players.

“I was nervous and excited to get out and play,” said Landon Kehoe, who played for the Merck team in the major division game.

“It felt really good (to get out on the field) finally when the game started,” added Dylan Hoffman, his Merck teammate.

One had to think keeping a bunch of 11- and 12-year-old boys nearly calm for an Opening Night would be a tough task in a normal situation, let alone after a long layoff due to the coronavirus pandemic.

However, manager Randy Fry said the long layoff had the kids ready to just get back on the field to play baseball.

“I just think the kids are excited to get back here,” said Fry, whose Hawkins squad rallied to beat the Merck team. “We had four or five practices to prepare for these games. We felt that was enough time to get them ready. They were ready to get out here and play.

“I think most nerves went away, and they were ready just to play baseball.”

The league put parameters in place because of the coronavirus — the players mostly stayed on the bleachers and out of the dugouts; the teams each had their own defensive balls; and each player had their own batting equipment.

Parents like Gerisa Strony were grateful for the parameters, and for the chance for their kids to get out of the house after a long lockdown.

“(Jude) has been excited to play since they decided to have a season,” Strony said. “I was a little bit concerned about letting him play, but I think it’s good for them to start as long they follow the guidelines.”

Danville will play games until the end of July, giving the kids five weeks of baseball action, something that didn’t look possible earlier this spring. At least four other Little Leagues in the Valley canceled their seasons.

“Baseball is non-contact so it’s a bit more safe,” Strony said. “I think all of the kids needed it to just get out of the house.”