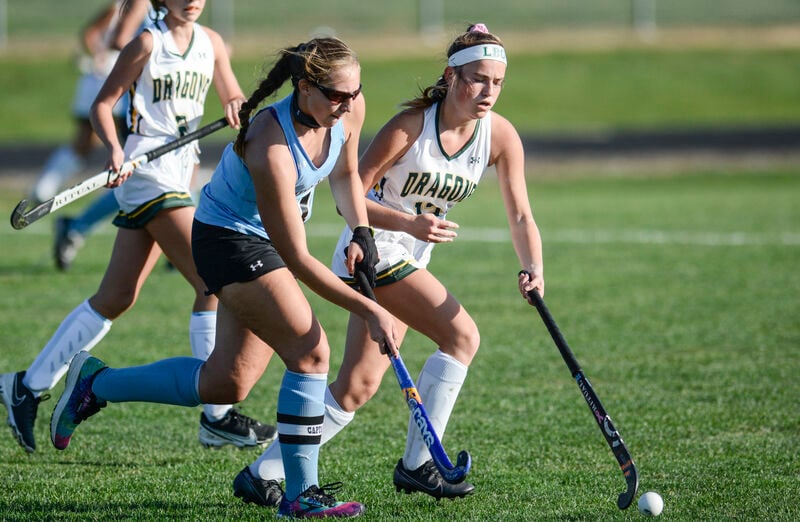 Midd-West’s Haley Stahl tries to get by Lewisburg’s Dillon Black during Thursday’s game. 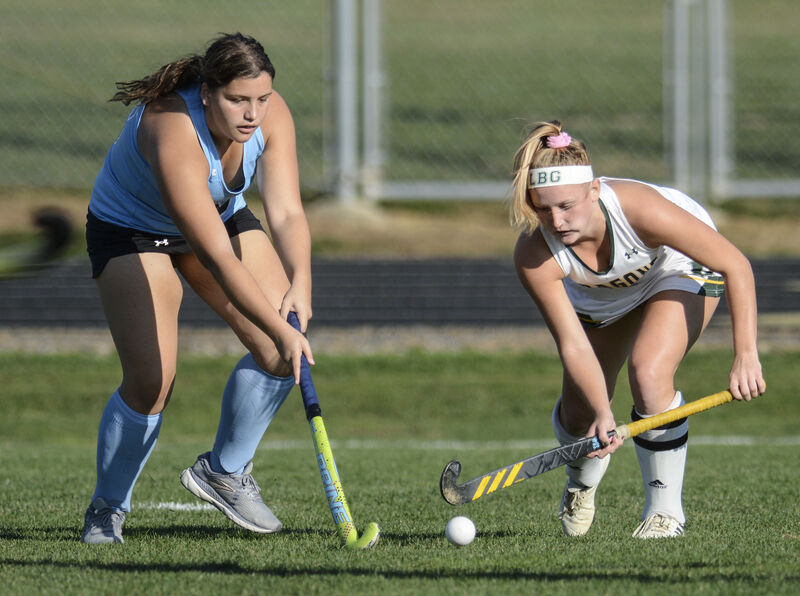 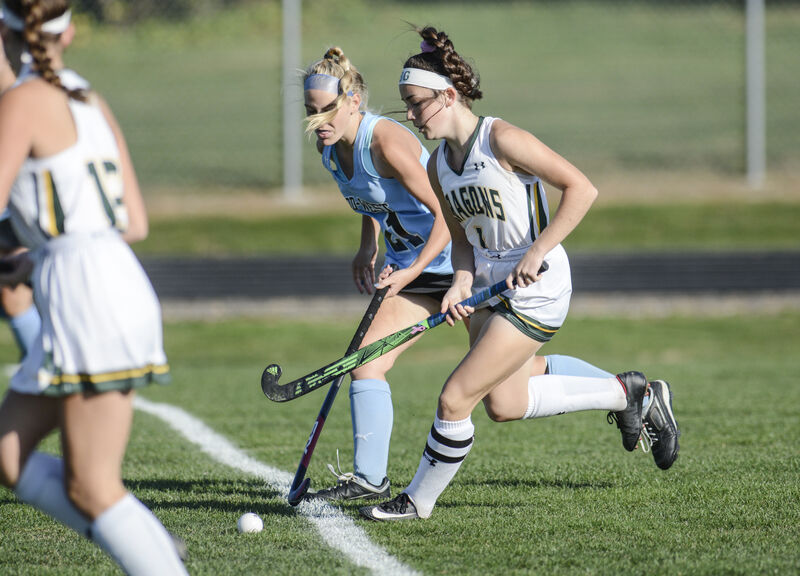 Lewisburg’s Kara Koch works to get past Midd-West’s Delaney Klingler during Thursday’s game.

Midd-West’s Haley Stahl tries to get by Lewisburg’s Dillon Black during Thursday’s game.

Lewisburg’s Kara Koch works to get past Midd-West’s Delaney Klingler during Thursday’s game.

LEWISBURG — If Rylee Dyroff had time to make a list of pros and cons before playing a ball near the sideline late in the second quarter Thursday, she may have just let it be.

Not only was the ball likely to skitter out of bounds, but the Lewisburg forward had a defender on her hip who would certainly make it difficult to do anything productive if she gained possession. Also, to that point, the Green Dragons hadn’t cracked Midd-West’s defense despite creating consistent threats.

Dyroff chased the ball anyway, stopping it just before the line and then spinning around the defender. In the moment before she was challenged, from just inside the 25-yard line, Dyroff sent a right-to-left pass into the top of the circle that Kara Koch ripped for a goal.

Lewisburg scored twice more — capping its ninth consecutive win with a Dyroff goal in extended corner time at game’s end — to beat the visiting Mustangs 3-0 in Heartland Athletic Conference-Division II play. Dyroff’s decision to track down a ball that more often than not leads to nothing got the ball rolling, so to speak.

“You always have to stay with a play because you never know what could counteract from that. If they got the ball, they could have had a fast breakaway,” she said. “I knew I had to stay with it because we needed a goal; we needed the extra assurance that we’ve got this game. You have to stay with every single play and give it your all.”

Koch’s goal was her team-leading 10th of the season and the 25th of her career; freshman Whitney Berge scored just before halftime for her second goal in as many games; and Dyroff increased her career total to 94 points by scoring at 0:00. Those tallies, along with Kerstin Koons’ fourth consecutive shutout (and sixth overall), kept the Green Dragons (9-1, 6-1 HAC-II) tied atop the division standings with Bloomsburg (11-2, 6-1) with one game to play. They last lost on Sept. 14, 3-1 to Bloomsburg in the season opener.

“We’ve grown as a team, for sure, and with each win I think they get more confidence,” said Lewisburg coach Daneen Zaleski. “Nothing changes for us from game to game. Each game is very important ... and we need to play strong, play our best. We’re just really focused.

“I guess there’s probably a little determination at this point, but we really don’t talk about having nine or 10 wins in a row. We just play each game — hopefully — at the level of intensity that we need to to win.”

Midd-West (7-7, 3-5) had won six of its previous eight games, playing perhaps its best hockey of the season since the calendar flipped to October. That string included a 2-1 loss at Bloomsburg on Tuesday, which also showcased the Mustangs’ defense. On Thursday, they diffused four penalty corners in a first quarter dominated by Lewisburg’s attack.

Midd-West had its first sustained possession inside the 25 about five minutes into the second quarter, but the Green Dragons flipped the field with sharp passing for a Dyroff shot that sailed wide. Moments later, Lewisburg’s Bartlett pushed a ball past Mustangs goalie Paris Seibel from the right post that Carmyn Markley had to take off the goal line to preserve a scoreless tie.

The Mustangs’ back group of senior Haley Stahl, junior Markley and sophomores Lorna Oldt and Grace Spigelmyer played well throughout, and particularly in the second half while trailing 2-0.

“I think we’re so in-sync, especially against these hard teams because everything is going so fast that you’re just (reacting) as a unit,” said Spigelmyer, the only first-year starter in the quartet.

Spigelmyer was a standout in the third quarter, clearing a ball that trickled behind Seibel among a half-dozen noteworthy plays. Stahl, a two-time HAC-II all-star, and Oldt made similar clutch clears in the fourth quarter.

“Our girls are like, ‘You’ve got it,’ and it gets you hyped up and gets everything flowing. You’re like, ‘Now I know what I’m doing. I have a feel for how these players are working.’”

Midd-West managed just two shots and only one corner with 5:39 to play. The Mustangs stopped Lewisburg on 10 corners, allowing a goal on the 11th when Koch received Siena Brazier’s insert and slipped the ball to Dyroff for a bullet from the top of the circle.

“It was a really good way to end the game,” said Dyroff. “We knew it was a tough game coming in. We knew they’d be ready to play us, because they always are. They always give us a really good game, so we knew we had to play them hard.”