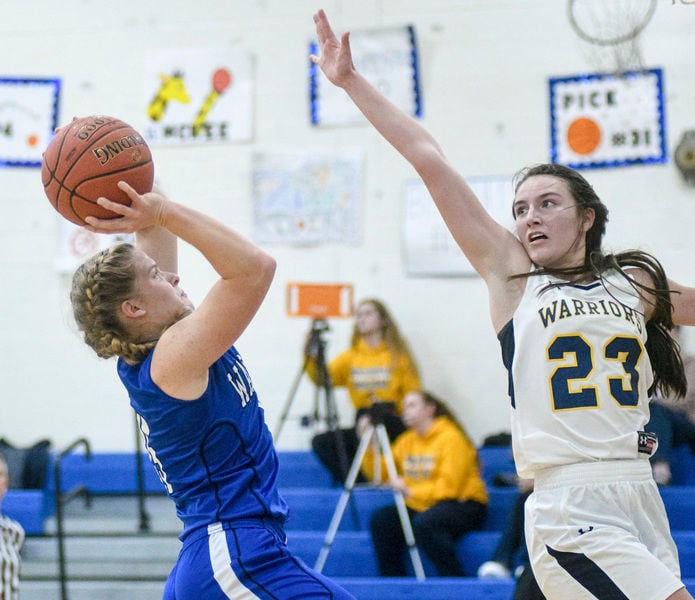 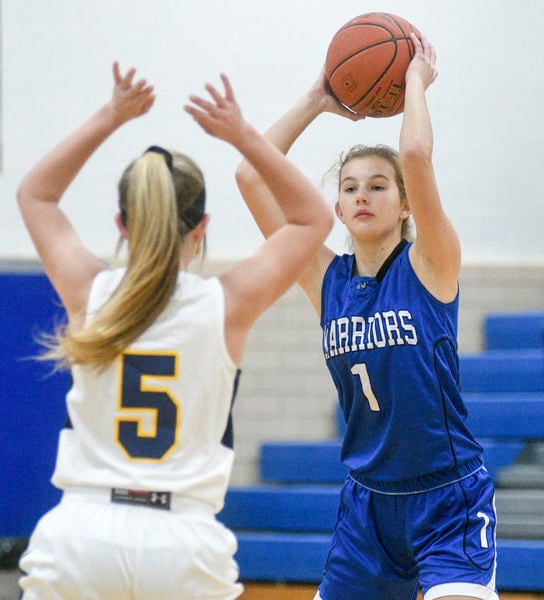 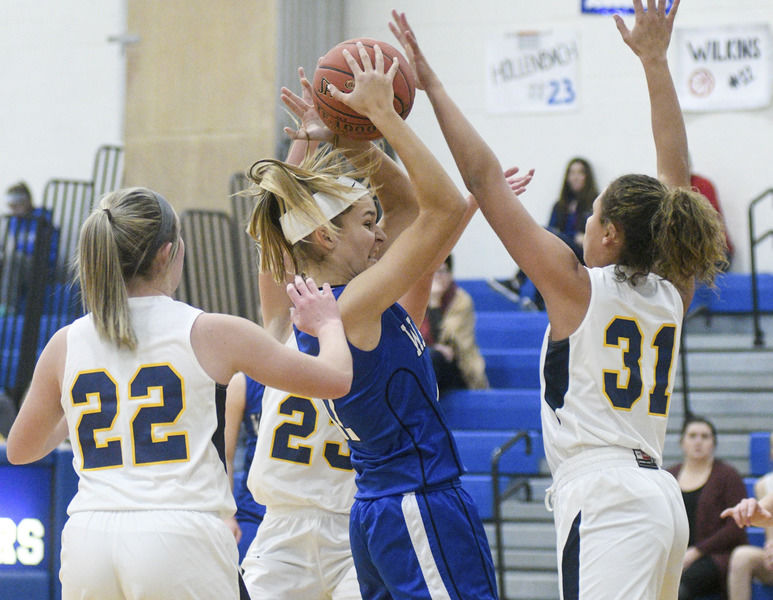 TURBOTVILLE — There was something rhythmic, almost choreographed, about the 15-0 run Northumberland Christian’s girls staged to win Friday night.

All but one basket in the spree had an assist — five helpers from as many players — and almost every pass found a player cutting to the hoop.

Kaitlyn Bookwalter and Emily Garvin each scored six points in the tear as the Warriors turned a one-point lead over Montoursville into a 63-47 win at the Warrior Run Booster Club Tournament.

“The girls played with confidence and they did the things we asked them to do,” said Northumberland Christian coach Dan Severn. “Our defense is really effective. When we can put pressure on the ball and cause turnovers, it’s an engine for our offense.”

Northumberland Christian (5-2) added to a resume that includes wins over public schools Millville and Midd-West with today’s title game against host Warrior Run — as well as Bloomsburg, Steelton-Highspire and Weatherly — still to come. The Warriors of the Allegheny Christian Athletic Association also have a win over three-time defending District 4 Class A champion Lourdes Regional with an eye on participating in that tournament this season.

“You can tell that they’ve played outside (the ACAA) by the way they’re playing,” said Montoursville coach Jon Weaver, who spent nine seasons at Warrior Run. “They are probably the best I’ve seen as far as playing a small school like that. They’ve got size; they’ve got shooters; that (Garvin) is a stud. They’re a very good team, and you can tell that they’re playing the better competition.

“I think they’re going to give a lot of people trouble.”

“I don’t know if we surprise anybody anymore,” said Severn.

“The first half was definitely not very good because we let them catch back up,” said Garvin, who nearly matched her season scoring average (19.5 ppg.) with 16 first-half points. “In the final stretch (we executed) pretty well, but in the middle ... ugh.”

Montoursville (1-5), which played without scoring leader Madalyn Adams, cut its deficit to six with a minute left in the first quarter thanks in part to a string of three Norry Christian turnovers. Montoursville then got three consecutive 3-pointers from MacKenzie Weaver to knot the score at 23 with 4:19 to play in the half. Northumberland closed 8-3 for a halftime lead.

“I think it just pushed us to work even harder, to show that if she can do that so can we,” said Maddy Snyder, one of just two Northumberland Christian seniors. “We just needed to work as a team.”

Montoursville never led in the game, but three more second-half 3-pointers by Weaver kept it close. She scored 27 points and shot 7-for-11 from beyond the arc, including back-to-back triples in the fourth quarter that made it 44-43.

“She was unconscious,” Severn said.

Rebekah Hayner sparked Northumberland’s game-clinching run with an assist to Bookwalter and a 3-pointer off a Snyder feed. Garvin then bolted the length of the court following one of Emma Ulmer’s seven blocked shots to draw a foul. She made both free throws, then scored consecutive buckets with passes from Emma Treas and Ulmer before assisting a Bookwalter hoop. The 5-11 Bookwalter hit a putback to cap the 15-0 run and her own 15-point, nine-rebound effort.

“I think (the runs) were both important,” said Snyder, who added 10 points. “There was getting the confidence at the beginning, but then we struggled. Then at the end it was good to have that pressure, knowing we needed to push, and then executing what we needed to do.”

Warrior Run’s Jordan Hartman hit seven 3-pointers for a career-best 21 points in a 53-33 win over Juniata in the other semifinal.