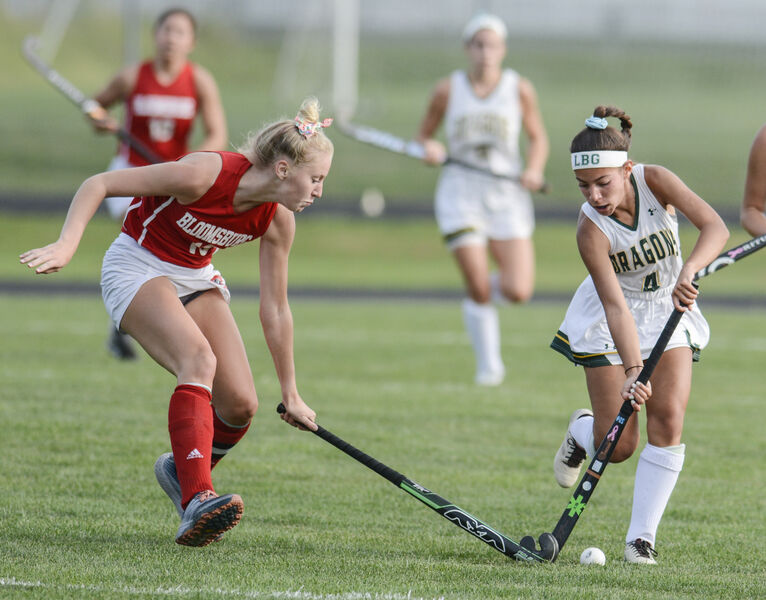 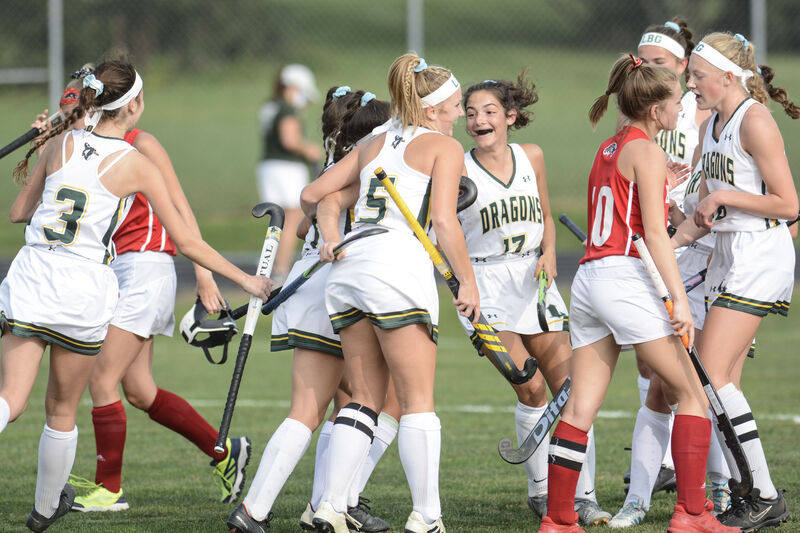 Lewisburg players celebrate a goal during Monday’s game against Bloomsburg. 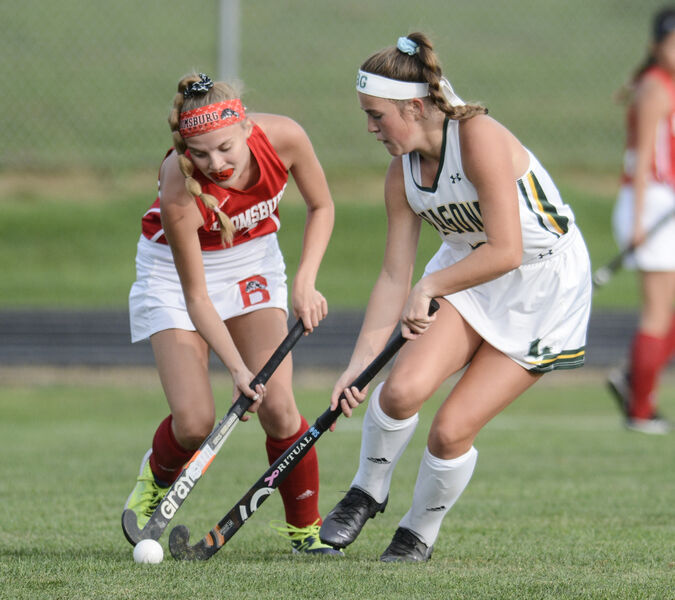 Lewisburg’s Livia Holthus tries to keep the ball away from Bloomsburg’s Cassie Slusser during Monday’s game.

Lewisburg players celebrate a goal during Monday’s game against Bloomsburg.

Lewisburg’s Livia Holthus tries to keep the ball away from Bloomsburg’s Cassie Slusser during Monday’s game.

That it didn’t — the Green Dragons lost 3-1 to division power Bloomsburg — was perhaps the next best thing to a win.

“I think we surprised ourselves a little bit,” said Koch, a senior midfielder. “With the (graduation) losses we had, and (Bloomsburg) losing no starters, we didn’t know what to expect for this game. I think we really kept with them, and I think we know exactly what we need to work on.”

“I thought they played great,” said Green Dragons second-year coach Daneen Zaleski. “We definitely need to grow and do better, but we have the potential to continue with upward momentum. We build from here and move forward.”

Lewisburg had to replace five starters from its District 4 Class A championship squad, including a pair of all-state honorees in forward Gaby Markunas and mid Izabel Zaleski. Of the four seniors on the field to open Monday’s game, only two (Koch and goalie Kerstin Koons) were returning starters.

Bloomsburg, on the other hand, graduated only goalie Madison Trivelpiece, who had been replaced by junior Nadja Hartmann late last season.

“I’m fortunate. My senior class has basically been starters since they were freshmen,” said Panthers coach Chuck Baker, who has won the HAC-II crown 12 consecutive times, or every year of its existence. “They’ve battled over the years. They play all year round — they’re on three different club teams — and it helps because the stick’s never out of their hand.”

Bloomsburg (1-0 overall, 1-0 HAC-II) was strong on the ball from the start Monday, and played in its offensive half of the field for most of the opening five minutes. Koch’s play in the midfield, along with Lewisburg junior back Siena Brazier’s hustle around the circle, forced the Panthers to continuously rebuild their attack.

“I feel like we played a lot in between the 25s, in the middle of the field, going back and forth between the two, and we didn’t get in our offensive end that much,” said Koch. “When we did, we didn’t take complete advantage of the opportunities we did have, which really hurt us. We didn’t have as many corners as we usually do against them.”

Lewisburg didn’t cross midfield with meaningful possession until the 10:10 mark of the first 15-minute quarter. The Green Dragons’ second opportunity came in the period’s final minute when Rylee Dyroff worked the ball into the circle for their first penalty corner.

Koch, who has pledged to play at Bloomsburg University, inserted from left of the cage to Dyroff at the top-center of the circle. Dyroff’s drive deflected off Hartmann’s right side to Koch for a finish near the post and a 1-0 lead.

Dyroff, a junior who scored 29 goals last season, played center forward and had limited touches until moving to her familiar wing in the fourth quarter.

“We know their strong players and we try to avoid playing into their area,” said Baker. “We’ve been drilling so much of pass, pass, pass, and winning the ball going forward. We’re trying to not stand around — never stop. We want to keep moving, and that showed (Monday).”

The Panthers tied the score early in the second quarter when a hard cross from Lindsey Fogelsanger on the right flank created a brief scramble in front that McFarland won. The visitors then went ahead early in the third quarter on the second of consecutive corners. The Green Dragons were unable to clear the ball, and Cassie Slusser controlled it for Bloomsburg at the top of the circle, setting up Morgan Millard’s go-ahead goal.

Lewisburg was awarded a penalty stroke (stick obstruction) with 8:46 left in the third. Koch’s lift toward the upper-left corner sailed well high and beyond the cage.

Bloomsburg tallied an insurance goal 4 1/2 minutes later when Millard ripped a shot that McFarland deflected on a perfect arc over Koons into the cage for a 3-1 lead.

“Obviously if (the penalty stroke) would have gone in it might have given them a little more boost,” said Daneen Zaleski, “but we had 15 more minutes. We can score two goals in 15 minutes.”

Lewisburg earned five of its seven corners in the final 9 1/2 minutes — including three in the last 20 seconds — applying more pressure with Dyroff on the right wing. She swept one ball back toward the insert point that skipped past several sticks. On another run at the cage, Koch fed sophomore Olivia Bartlett for a shot that was just wide.

“Losing (seven total seniors) kind of messed with the dynamic of the team,” said Koch, “so I think we do need a little more time to figure out how each other plays so we can just be one unit.”