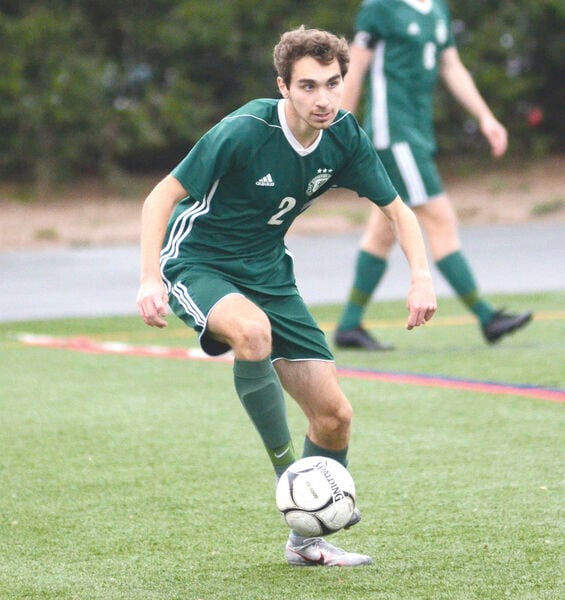 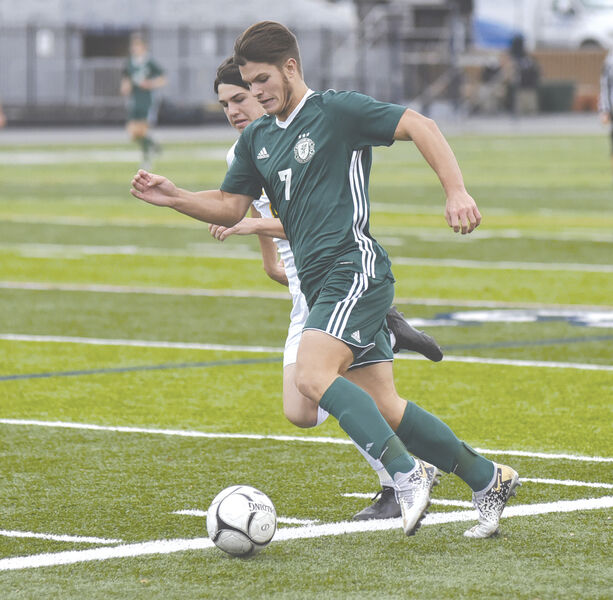 Lewisburg’s Jack Dieffenderfer dribbles ahead of a Deer Lakes defender Saturday during Lewisburg’s win in the Class 2A boys soccer state title game. 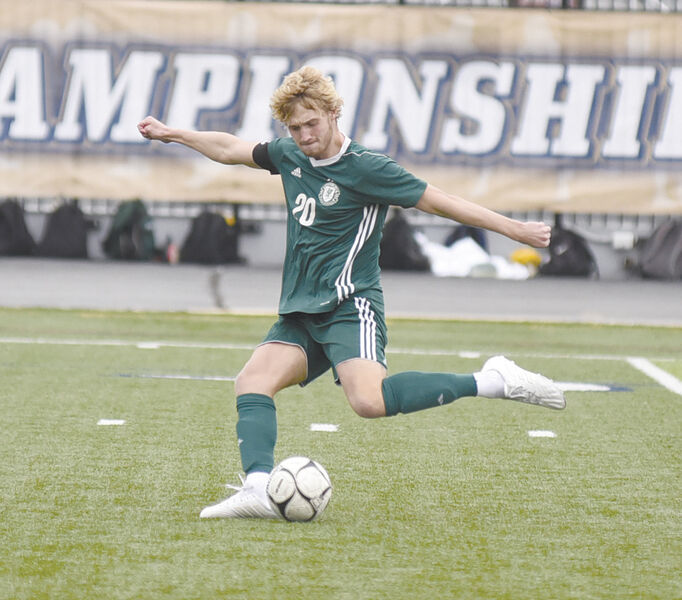 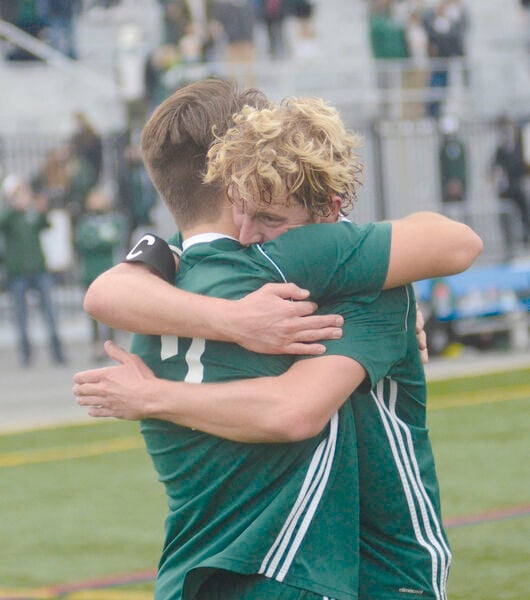 Lewisburg’s Jack Dieffenderfer dribbles ahead of a Deer Lakes defender Saturday during Lewisburg’s win in the Class 2A boys soccer state title game.

HERSHEY — Saturday seemed like any other game day for the Lewisburg boys soccer team.

Four Green Dragons scored as the team breezed to another victory — it’s 22nd in 22 games played.

Except Saturday’s game was the Class 2A state championship, and Lewisburg defeated Deer Lakes 6-0 to claim the state title.

The six-goal margin was the biggest in a boys soccer state championship game since Strath Haven won by the same score in 1996.

“It feels amazing, of course, this being my last game with Lewisburg,” senior Jack Dieffenderfer said. “I just couldn’t ask for a better end, especially with the group of guys I’m playing with. It’s just amazing seeing all the hard work and us being able to win and hold the trophy.”

Dieffenderfer and James Koconis each scored twice, Ben Liscum recorded an assist and goal, and Philip Permyashkin scored the first goal as Lewisburg (22-0) played its typical style of getting every player on the field involved.

“One thing that is really special about this team is I could have had a horrible game today and we still could have got a result,” Liscum said. “We have so many players on this team and so much talent. What I love about it is everybody deflects it off themselves.”

Liscum, who committed to play soccer at Penn State earlier this month, helped Lewisburg create chances from the midfield. The Green Dragons’ multitude of forwards did the rest.

“My front four with Ben, Jack, James, and Anthony (Bhangdia), they see each other very well,” Lewisburg coach Ben Kettlewell said. “They know they can play with each other. Having the speed of Jack and James can just spread and open up the field so much.”

Permyashkin opened the scoring 13 minutes into the game.

“Philip’s goal was huge,” Kettlewell said. “I talked to him at practice (Friday) in front of the team, and I said, ‘Philip, you’re going to score a goal that may look ugly, but when they put it on the board it’s going to count as one.’”

Later in the half, Liscum took full advantage of Dieffenderfer’s speed to create to scoring chances.

“He’s brilliant,” Liscum said of Dieffenderfer. “This is actually my first year really playing with Jack. Freshman year we didn’t really see a lot of time together. I was injured my sophomore year and he was hurt his junior year. With a player like him on the wing, you can always slide a ball in and have a chance.”

Liscum helped set up both chances, but Koconis, who pushed a ball up perfectly for Dieffenderfer, was credited with an assist on the second goal. Dieffenderfer’s goals closed out the first half as Lewisburg held a dominant 3-0 advantage.

Midway through the second half, Koconis pushed the lead to 4-0 after Nick Passaniti made a run to the end line and played the ball across the face of the goal for Koconis to tap it in.

“We like to bury teams,” senior Eli Adams said. “We like to make a statement. I think we did that. We like to take teams out of games. In the last 20 minutes when teams stop playing, that’s how we know we did our jobs.”