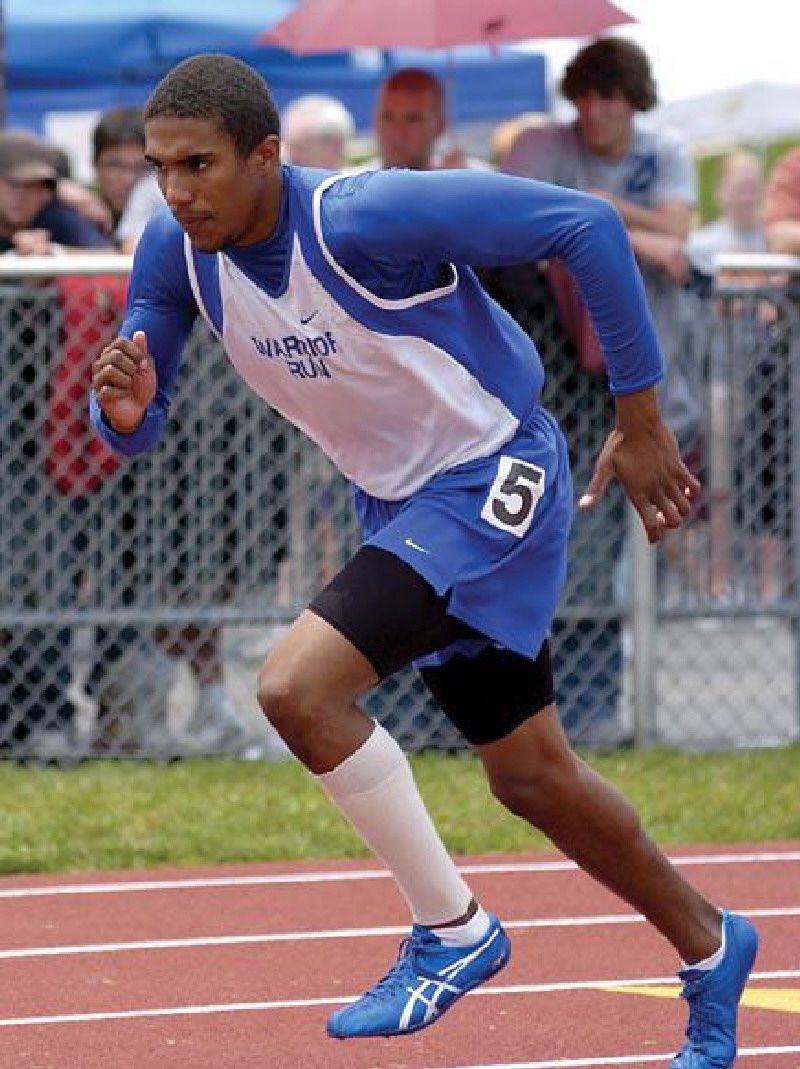 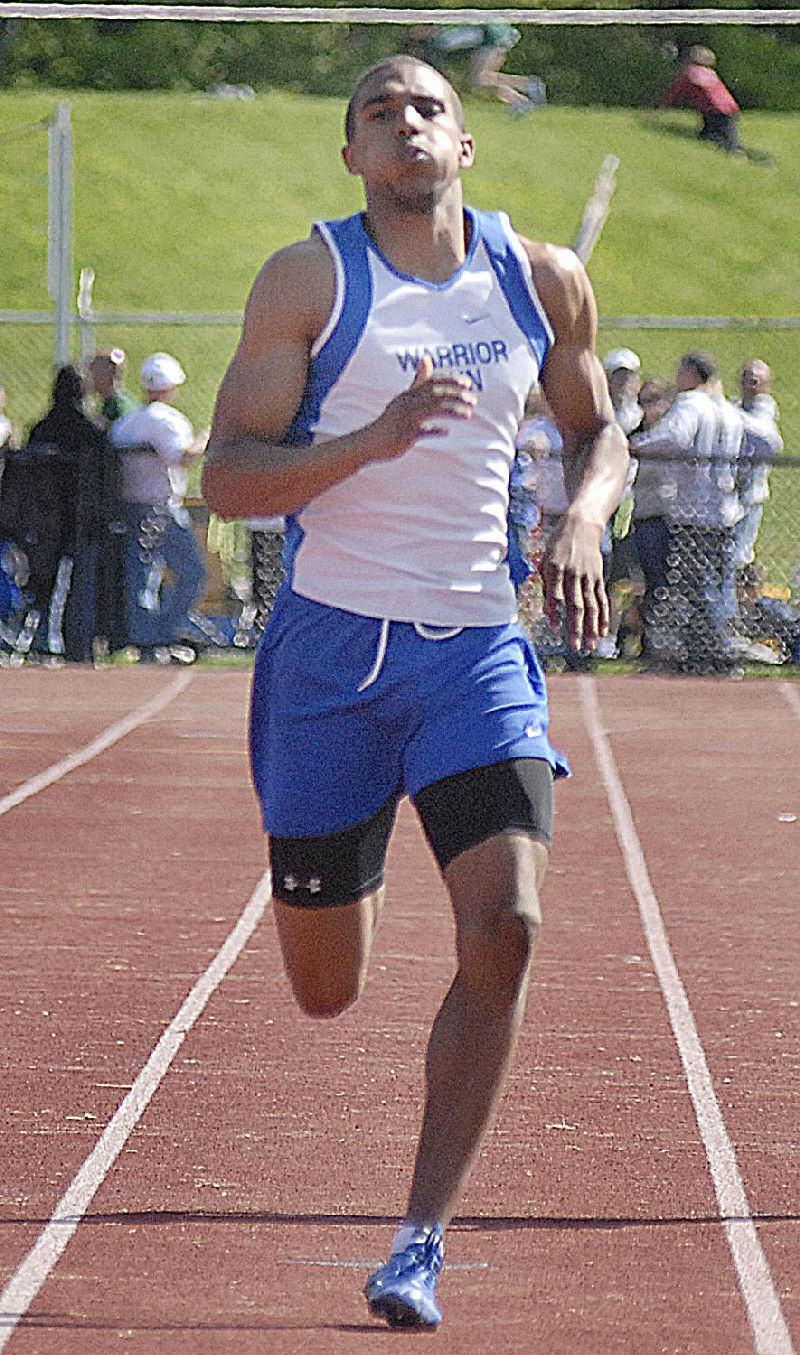 TURBOTVILLE -- Chad Dixon has been on the big stage at Shippensburg University for the PIAA Track and Field Championships before. Twice, actually. This time around, the Warrior Run senior sprinter has plans beyond adding just any old medal to his trophy collection. "I want to win gold," Dixon said, simply and with determined conviction. The Defenders' standout has an excellent opportunity to do just that, as he is seeded third overall in Class AA in the 200-meter dash. Against a loaded field in Athens for the District 4 AA championships last Saturday, Dixon took third, behind Montoursville stars Keenan Michael and Kyle Hooker. With Michael opting out of the 200 at states, Hooker enters the meet as the top seed at 22.30. Dixon's seeded time is 22.47, but his best mark is 22.25, achieved on the way to his 200-meter district championship last season. Dixon placed seventh in the 200 at Shippensburg one year ago. When asked about the atmosphere at the state meet, Dixon said: "It's ridiculous. People are all over the place, yelling. Some people might find it intimidating." But not Dixon. He has carried the banner for the Warrior Run boys team as the lone participant from the squad at states for three years running. As a sophomore, Dixon won the 400 at districts, followed by a gold-medal win in the 200 last season, and his double qualification in the 200 and 400 this year. "Sophomore year, I was kind of intimidated (at states)," Dixon said. "Now, not too much." In the 400, Dixon has maintained a spirited rivalry with Montoursville sprinter Gary Bush over the past three seasons. Two years ago, Dixon defeated Bush to win the district crown. Last season, Bush returned the favor. This year, Dixon bested Bush at the Susquehanna Valley Conference championships two weeks ago. Due to injury, Bush did not participate in the district meet this past weekend, which Dixon won in 51.20. "My favorite memories are running against Gary," Dixon said. "I beat him, he beat me. He's definitely been my main rival." At states, Dixon is currently seeded 14th overall, but was quick to note that his personal-best time of 50.11, a mark he ran earlier this season, would place him fourth. "I just want to go down there (to Shippensburg) and go all out," Dixon said. "My goal, since my sophomore year, was to break 50 seconds (in the 400)." Dixon's remarkable career as a three-sport athlete at Warrior Run was shockingly interrupted prior to his junior year, when he suffered a knee injury -- a torn meniscus -- in the first football scrimmage of the season. "I was out for all of football and basketball (season), and on crutches for a long time," Dixon said. "I was so anxious to get back, but I didn't want to rush it." Thanks to his efforts on the gridiron his senior year, in the fall Dixon will attend Division II Shepherd University, located in Shepherdstown, W.Va., on an athletic scholarship. The Rams, 10-2 and West Virginia Intercollegiate Athletic Conference champions in 2007, envision the 6-2, 180-pound Dixon, an all-league and all-district selection this past fall, as an impact player at wide receiver or defensive back. Unfortunately, the school doesn't have a track and field program. So Saturday will mark the end of the road, literally, for the Warrior Run senior. What will he miss most from his track and field days? "I would say going to states, just having that experience," Dixon said. "I really love going down there." Dixon also mentioned that he is excited to be running in lane six in the 400, alongside a fellow sprinter who is seeded at 49 seconds. "One of the first races I ran, at the Susquehanna University Invitational my sophomore year, I ran in lane six and won the gold," Dixon said. "Running with someone that fast (sub-50) makes you push yourself even more. You have to get out quick." And few sprinters in the state have done that better than Dixon.