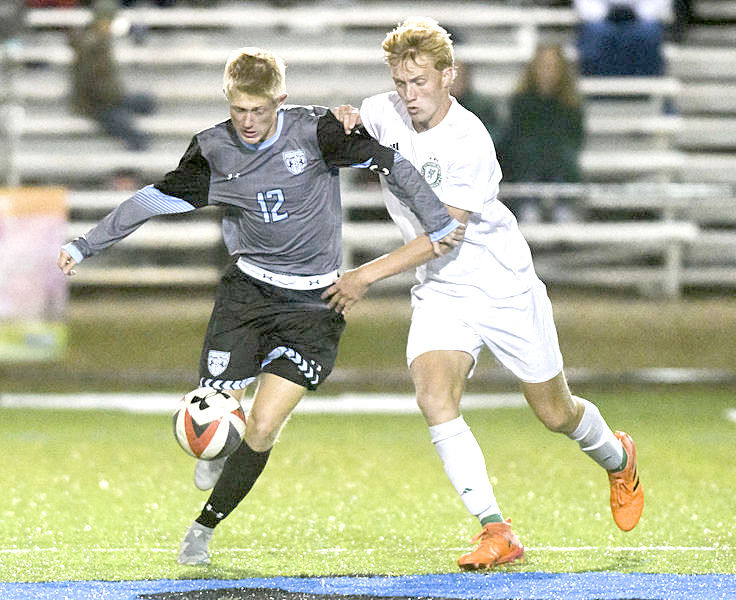 Midd-West senior Carter Knepp, left, dribbles during a game last fall. Knepp was selected as the male Scholar-Athlete of the Year for the 2019-20 school year. 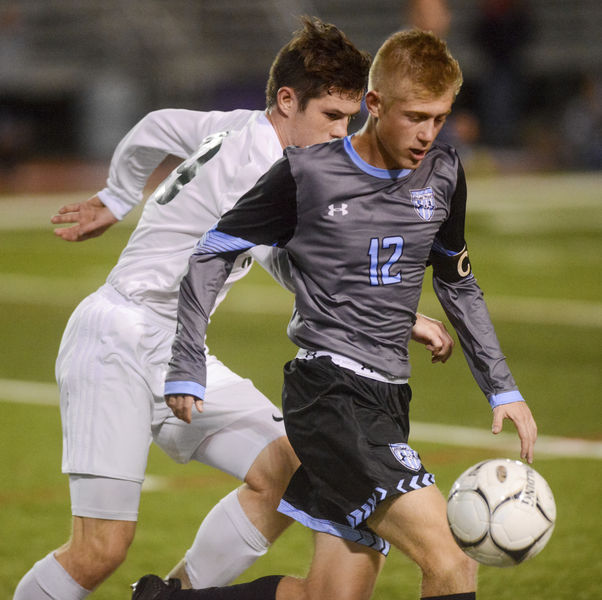 Midd-West’s Carter Knepp, right, and Lewisburg’s Will Lowthert chase after the ball during the Mustangs’ win in the district semifinal. Knepp was selected as The Daily Item’s 2019-20 Male Scholar-Athlete of the Year.

Midd-West senior Carter Knepp, left, dribbles during a game last fall. Knepp was selected as the male Scholar-Athlete of the Year for the 2019-20 school year.

Midd-West’s Carter Knepp, right, and Lewisburg’s Will Lowthert chase after the ball during the Mustangs’ win in the district semifinal. Knepp was selected as The Daily Item’s 2019-20 Male Scholar-Athlete of the Year.

If Midd-West senior Carter Knepp doesn’t play competitive soccer again, he went out with a bang.

Knepp became the Mustangs’ first high school All-American in the fall, and he graduated as the program’s career leader with 249 points (92 goals, 65 assists). He was named The Daily Item Boys Soccer co-Player of the Year after scoring 35 goals and dishing 29 assists last fall.

“It was hard work,” Knepp said. “When I’m doing something, I want to do my best. ... Without my team around me, it doesn’t matter what I could do based on my skill. My team helped me rise up and accomplish what I was able to accomplish.”

Knepp’s success on the soccer field, along with his excellent academics and community service led to him being named The Daily Item’s 2020 Male Scholar-Athlete of the Year. The award includes a $1,000 scholarship provided by sponsors SUN Orthapaedics of Evangelical, PPL Electric Utilities and The Daily Item.

He was one of just five Valley athletes to be named a Scholar-Athlete of the Week multiple times.

Knepp — who was also the 2018 Daily Item Boys Soccer Player of the Year — said he wasn’t planning to play soccer in college, opting to focus on his pursuit of an engineering degree at University of Pittsburgh.

“It was just fun, being together with everyone for the last time,” Knepp said of his senior soccer season. “During the season, I decided not to play at the next level. I just wanted to enjoy it for what it is, and enjoy all the memories I’ve made.”

Knepp said team success was all that really mattered to him, and he was quick to credit his teammates for helping him achieve what he accomplished on the soccer field.

“His goal is to win as a team, play as a team, and he’s all about the success of a team versus the accomplishments of his own. He’s always been that type of player,” Midd-West coach Mark Ferster said.

Knepp also uses soccer to give back to the community. He’s been to Uganda on a soccer-related missions trip with former Midd-West coach Chris Sauer, and helps with junior high and youth soccer at Midd-West.

“The whole time I was playing soccer, I had older cousins who played, and my brother — who is two years older — played,” Knepp said. “I grew up playing with him. Then I remember being at his practices when he got to junior high. The older kids would help, and soccer became such a big part of my life.

“I just wanted to give back in the same way that the older people did for me.”

Knepp, who maintains a 99% GPA, took AP chemistry as a junior and then served as a lab assistant for the class this year.

“It was a nice thing to keep fresh, so I didn’t lose everything I’ve learned,” Knepp said.

In addition to his coursework at Midd-West, Knepp took classes at Susquehanna University and online through Southern New Hampshire University.

“His parents have instilled in him that athletics can get you somewhere, but you can’t take away the importance of academics,” Ferster said.

Knepp also played basketball, and helped the Mustangs reach the district playoffs. On the pitch and hardwood, he displayed his work ethic and quiet leadership.