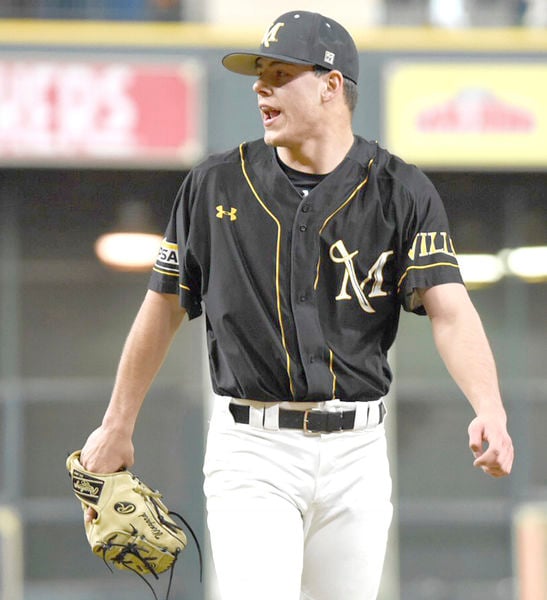 Millersville junior Christian Wingard, a Millersburg High graduate, walks off the mound after pitching for the Marauders. 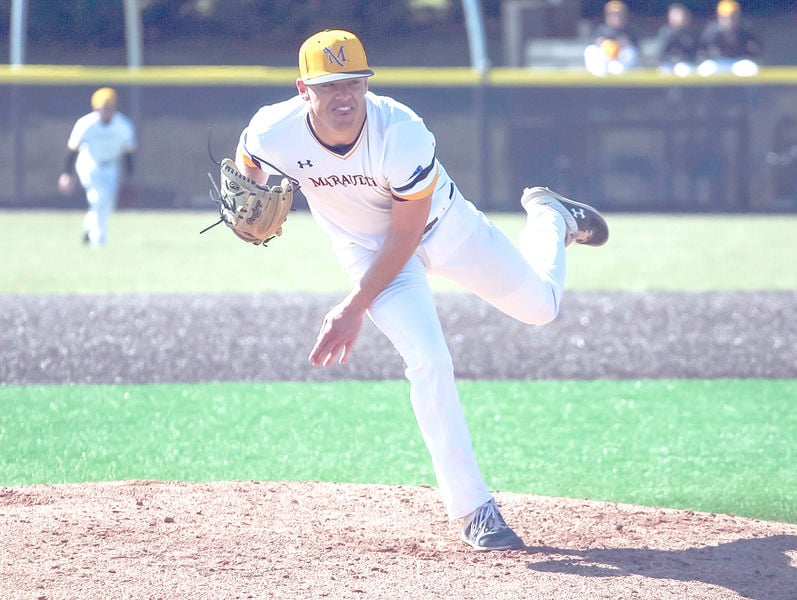 Millersville junior Christian Wingard, a Millersburg High graduate, delivers a pitch for the Marauders. Wingard was 2-0 as Millersville won 14 of its first 18 games before the season was canceled. 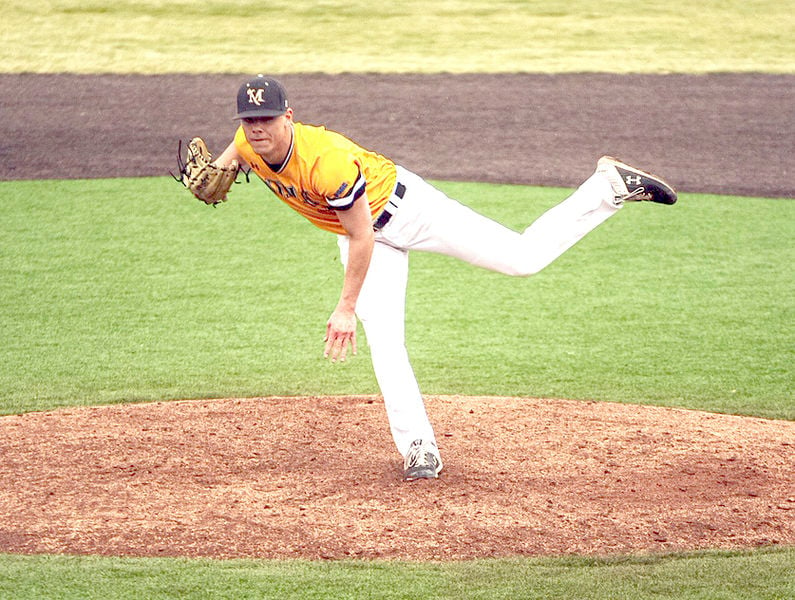 Millersville junior Christian Wingard, a Millersburg High graduate, walks off the mound after pitching for the Marauders.

Millersville junior Christian Wingard, a Millersburg High graduate, delivers a pitch for the Marauders. Wingard was 2-0 as Millersville won 14 of its first 18 games before the season was canceled.

Christian Wingard spent Saturday at home spending time with his family, instead of his original plan which was to play baseball against Lock Haven.

That’s because on Thursday, Wingard and his Millersville teammates heard the news that the NCAA was canceling the remainder of the spring athletic season.

“There was a lot of talk Wednesday into Thursday, and the NCAA was canceling other things,” Wingard said. “Thursday was more of a fun practice. The pitchers took batting practice, and then coach (Jon) Shehan broke the news to us. ... There were some tears.”

Wingard and the Marauders had one more day to spend together before the players went their separate ways.

“The team was hanging out at the field (Friday),” said Wingard, a Millersburg High graduate. “We played cornhole and stuff like that. As a team, we’re very close-knit, so we had fun.”

Millersville was off to a 14-4 start this season, including winning seven of its last eight games. The Marauders were set to open Pennsylvania State Athletic Conference play Friday against Lock Haven, before the news broke.

“Every year our main goal is to win a national championship,” Wingard said. “This year we were playing really well, and starting to click on all cylinders. There’s a lot of unknowns — what if the season continued? What if we got to keep playing? We’ll never know, and that hurts.”

Wingard was also off to a good start to the season personally.

“I was throwing pretty well to start the year,” Wingard said. “To start the spring, this was the best I’ve felt, the best I was throwing. Obviously it sucks that we can’t keep playing, but this is obviously way bigger than us.”

The junior left-hander was 2-0 with a 3.86 ERA. Wingard allowed two runs on three hits and five walks in 4 2/3 innings. He also struck out six.

“He was off to a fantastic start,” Shehan said. “It’s really too bad that our season had to come to an end because I think Christian was going to have an unbelievable year.”

Through his career, Wingard is 4-2 with two saves and a 4.85 ERA in 26 innings. He has 30 strikeouts against 18 walks in 40 appearances out of the bullpen. Wingard, who experienced success in each of his first two seasons, was off to his best start as a junior.

“Christian had a great freshman year for us,” Shehan said. “He was put into some pressure situations, and did really well as a left-handed specialist. Last year he seem to take a step backward. It motivated him this winter, and he did a great job preparing himself to work into a back-end bullpen role.”

Pitching out of the bullpen wasn’t what Wingard envisioned when he stepped on campus after a stellar prep career with the Indians.

“When I first came in, I was like, ‘I want to be a starter,’” Wingard said. “Once I started to get into the routine though, I honestly really like coming out of the bullpen.

“When you come into a bases-loaded jam, or a situation you shouldn’t get out of, and then you get out of the jam, that’s a great feeling.”

With no season, Wingard is focused on school — which will be online for the foreseeable future — and continuing to improve as a pitcher.

That will hopefully allow Wingard to have an even more successful season as a senior with Marauders.

“I love the competition (of college baseball),” Wingard said. “Millersville is a well-know team. We’re a team built on the success of past teams. I’m grateful to have the opportunity to play for Millersville. We have great coaches in coach Shehan and (assistant) coach (David) Baker. They really put us first, and put themselves second.”