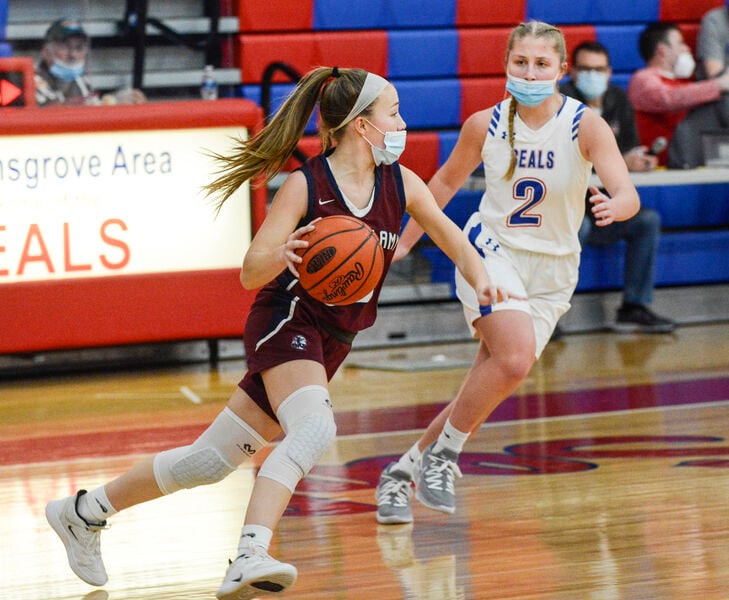 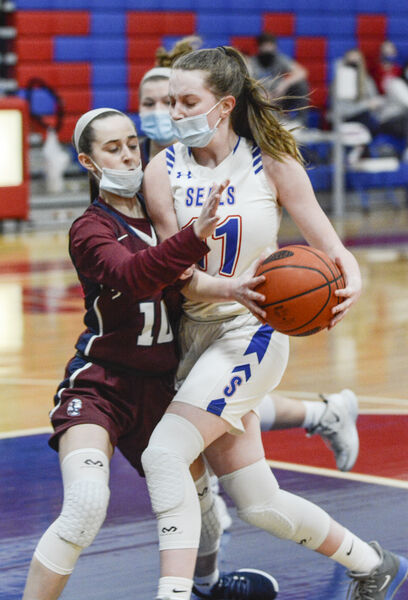 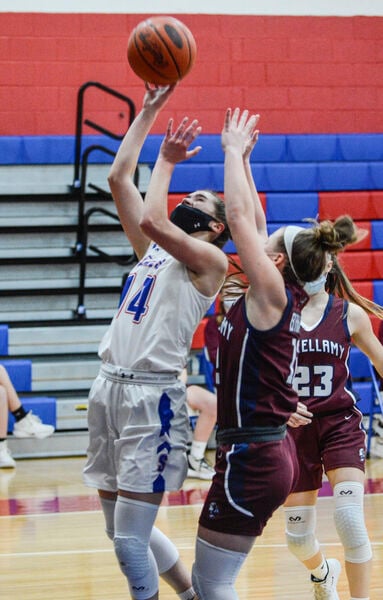 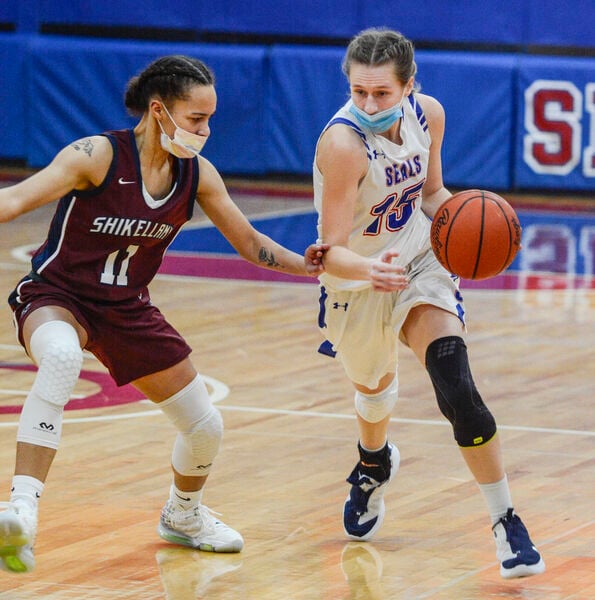 SELINSGROVE — In a preview of the District 4 Class 5A girls basketball championship game, Selinsgrove got off a great start and held off Shikellamy from there.

The Seals scored the first 10 points on their way to a 49-42 victory. The teams are scheduled to meet again March 12, with a district title on the line then.

“The fast start was very important,” said Selinsgrove coach Ashley Kolak. “It's interesting because last season we got off to quick starts and then struggled, so this year we’ve been learning to keep a lead.”

Lizzy Diehl led the way for the Seals with 13 points, Cierra Adams added 10 points of her own and grabbed seven rebounds, and Alyssa Latsha also grabbed seven boards.

Selinsgrove jumped out the 10-0 lead early with contributions from all five starters. Diehl, Adams and Latsha all scored four points first-quarter while Avery DeFazio added a pair of points as well. Starting point guard Lexi Gabrielson helped facilitate her teammates, dishing out a game-high four assists.

After a Shikellamy timeout following the early run, the Braves began to settle in, and the team’s defense stepped up to slow the potent Selinsgrove offense.

“We just didn’t hit shots early on,” said Shikellamy coach Lew Dellegrotti. “We had open looks, we just didn’t hit them. We gave Selinsgrove some easy layups. The defense played well; it just wasn’t a good shooting night for us.”

Jordan Moten hit a 3-pointer, and the Braves another quick bucket from Tori Scheller after the timeout. The duo combined for 23 points with Moten leading the way with 13 points, and Scheller tacking on 10 of her own.

A big 3-pointer from Averi Dodge kept the Braves within striking distance as the Seals took a 21-13 lead into the halftime break.

Following halftime, the Seals struck quickly again. Emily Davis scored four points off the bench in the third quarter and Diehl also scored four points, but a pair of triples by Moten and Dodge put Shikellamy back within striking distance.

The Braves made things tight in the beginning of the fourth quarter when Scheller knocked down 3s on back-to-back possessions to pull within five points. That was as close as Shikellamy got, as the Seals knocked down eight of 13 free throws in the final quarter to come away with the narrow victory.

“We were in a similar situation against Central Mountain where they ended up tying the game with a pair of 3s in the last minute.” said Kolak. “I think we definitely learned from that experience. We learned to control the ball, to take possession and to use the clock better.”

Meanwhile, Dellegrotti and the Braves are eager to face the Seals again, as Shikellamy outscored Selinsgrove 36-35 over the game’s final three quarters.

“We won three quarters of that game,” said Dellegrotti. “Give credit to Selinsgrove. They hit shots when they needed them; we just didn’t have a good night. We’re excited to play them again because I think our defense played well. We’re not discouraged at all. We just didn’t have a great shooting night.”

Did not score: None.

Did not score: Katie Shaffer.