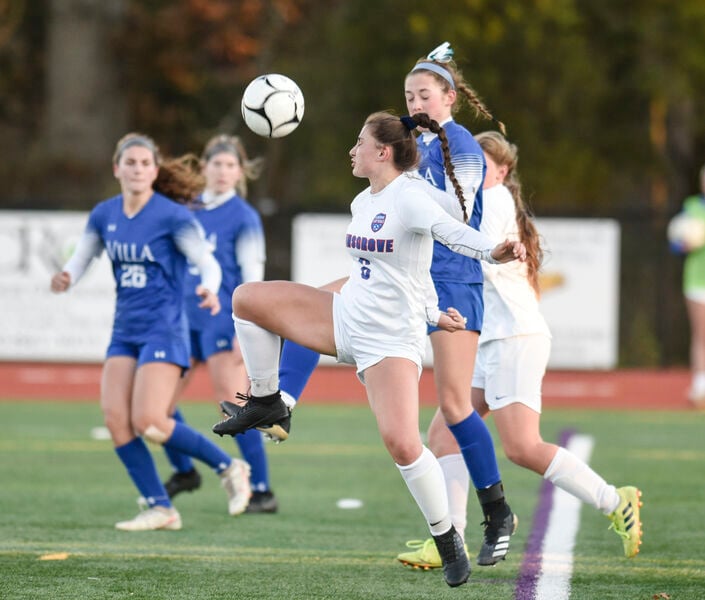 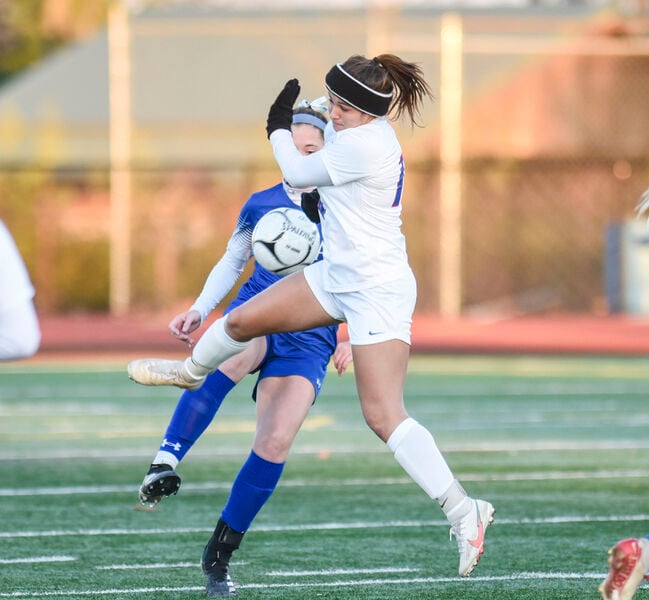 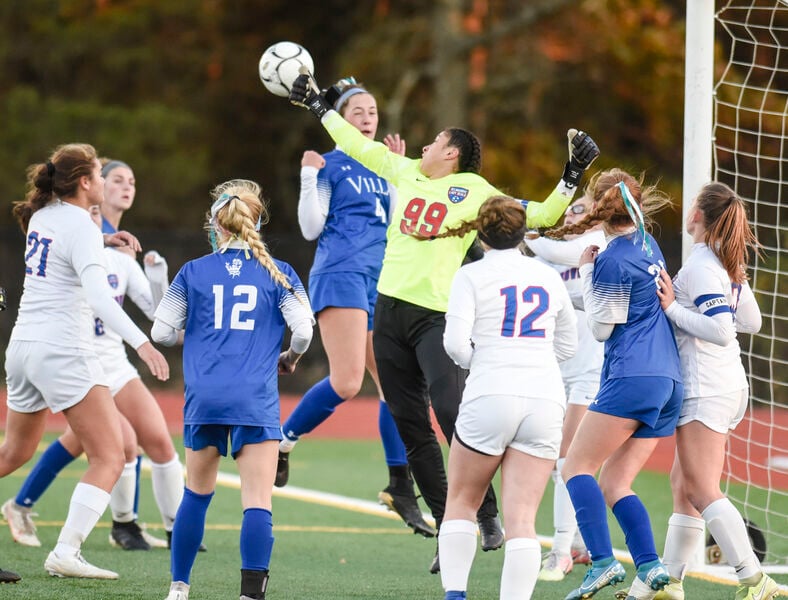 Selinsgrove’s Alivia Ravy goes up to knock the ball away from Villa’s Julia Beck on a corner kick during Tuesday’s state playoff game. 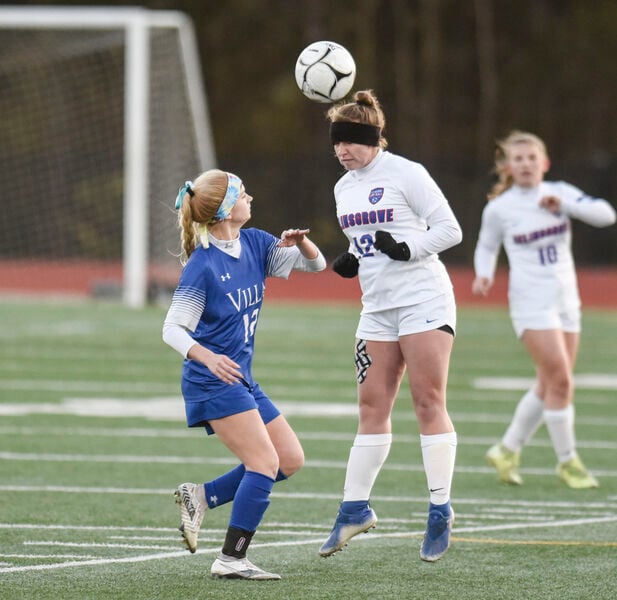 Selinsgrove’s Alivia Ravy goes up to knock the ball away from Villa’s Julia Beck on a corner kick during Tuesday’s state playoff game.

KINTNERSVILLE — Selinsgrove’s defense had an answer for almost everything Villa Joseph Marie threw at it Tuesday night.

Long passes in the air? Cleared by Annalise Bond or another Selinsgrove defender.

Runs down the sideline? Shut down by Cierra Adams, Elizabeth Diehl or one of six other Seals who all played tough defense.

Crosses into the box? Caught by goalkeeper Alivia Ravy.

Drilled headers off of corner kicks? Reflex saves by Ravy, or cleared off the line by a defender.

High shots that seemed destined for the back of the net? Tipped by Ravy out of danger

It wasn’t until more than 100 minutes had been played in a Class 3A girls soccer state semifinal that the Jems broke through. Katherine Sullivan made a run down the left sideline and ripped a shot that Ravy got her fingertips on, but couldn’t keep out the net, giving Villa Joseph Marie a 1-0 win.

“They played their hearts out,” Selinsgrove coach Cheryl Underhill said. “They left everything out on the field. I can’t ask for anything more.”

The Jems (15-0) will play for their 12th state title Friday against Mars. For the Seals (13-6-3), their season ends after the program’s second trip to the state semifinals.

“We showed what we can do, a small town from District 4.”

What the Seals did — for much of the game — was defend tenaciously.

“Yes, we played a lot of defense, and we knew that might happen,” Underhill said. “We did get opportunities, too.”

Just more than three minutes into the game, the Jems’ Kennedy Kilchrist hit the crossbar on a shot. The Jems hit the crossbar another time in the first half, and had multiple dangerous opportunities.

“We just had to stay strong back there,” Adams said. “We kept them scoreless for 100 minutes.”

Other than a couple of miscommunications — and a scramble in front of the net after a corner kick during which Ravy made two saves on point-blank shots — the Seals defense seemed to be in control, limiting the Jems to long-distance shots or crosses that Ravy ran out to claim.

“We weren’t scared,” senior Katelynn Stover said. “I was just like, ‘I need to get the ball out.’ We knew of their team, and we knew of their skill, but I don’t think anyone was scared. We all knew our role back there on defense, and we did it for so long.”

Selinsgrove had a handful of chances in the first half, either on long shots by Bond or set up by the play of sophomore Ella Magee in the midfield.

“With the midfield, it was mainly winning balls,” Stover said. “They had a lot of tall players. (Magee) did a great job going against tall players. It was just a matter of keeping the ball and trying to get it wide.”

The second half played out similarly to the first. Selinsgrove had a few scoring opportunities, but most of the half was marked by the Seals defending.

Ravy made a pair of acrobatic saves and continued to cut off crosses. In the second half, the Jems started to play more direct, but most of those passes ended by Bond heading them toward midfield.

“I was trying to prevent it from getting to Ravy,” Bond said. “When I didn’t, Ravy had my back. The rest of the team had my back. I felt like I needed to do my part for the team.”

In the first overtime, Villa Marie Joseph attacked the sides, but found a group of Selinsgrove defenders waiting to make things difficult.

“It could have gone either way,” Bond said.

“We didn’t have many opportunities, but we tried to take advantage of those that we did,” Stover said.

Just more than two minutes later, Sullivan made a run the Seals couldn’t thwart and unleashed a shot that Ravy couldn’t corral.

“I feel horrible for Ravy because she played her heart out,” Bond said. “She should not be ashamed of anything because she saved our butts so many times.”

“She had an amazing game,” Stover added.

While disappointed after the loss, the Seals made a statement with their play.

“We played as a team,” Bond said. “This was our best game, and it’s really sad that it’s over. It’s especially sad for the seniors.”