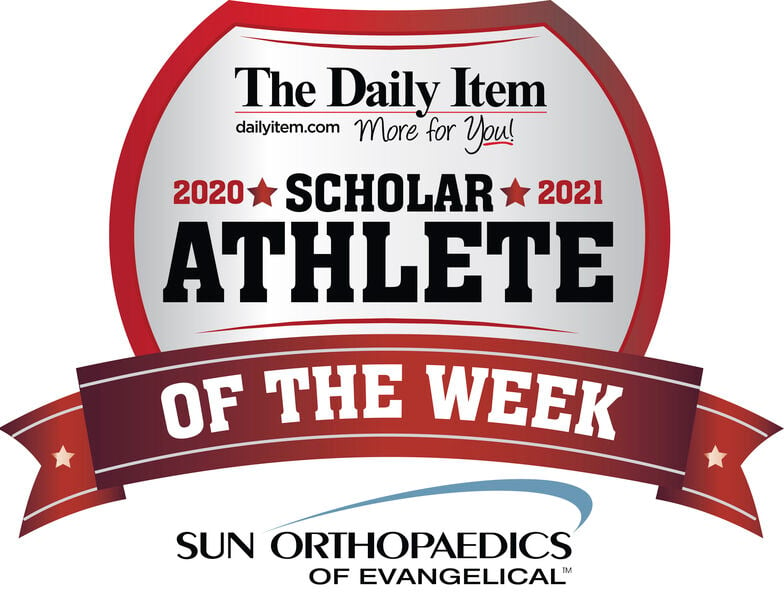 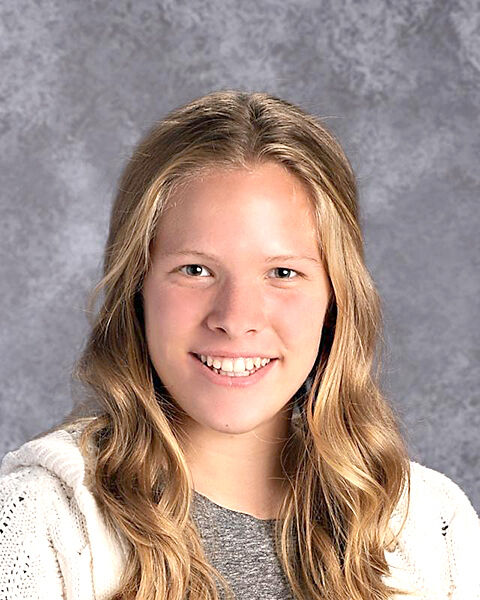 NORTHUMBERLAND — Emily Garvin pulled up for a 3-pointer just before halftime of Thursday night’s game.

By the time her shot banked off the backboard, rolled around the rim and dropped through the net, Garvin was there to catch the ball — just in case she needed to rebound a miss.

While that play counted for only three of her team-high 19 points in Northumberland Christian’s nonleague win over Warrior Run, it illustrates a larger point about Garvin.

Not only is the junior — who was a second-team all-state selection last year — often the best basketball player on the court, she’s often the hardest-working player as well, affecting the game with both her skill and effort.

That’s an approach that Garvin has taken on the basketball court and soccer field for the Warriors, but also in the classroom and the community.

“She has a rare combination of humility, work ethic and talent,” Severn said. “She’s a great teammate.”

Garvin’s performance on the court, her academic performance (3.98 GPA) and her commitment to community service are why she was selected as The Daily Item’s Scholar-Athlete of the Week, sponsored by SUN Orthopaedics of Evangelical, as well as PPL Electric Utilities.

Garvin is the leading scorer for the Warriors (16-3) at 16.8 points per game heading into the weekend’s Allegheny Christian Athletic Association tournament. Northumberland Christian went 8-0 against ACAA competition during the regular season.

“We’ve had our ups and downs,” Garvin said. “Overall, we’ve been playing pretty well, but I want us to grow and get better.

“I just love playing basketball. I want to get better. I want to work well with my team and be a leader.”

Garvin can score at all three levels, and impacts the game in other ways as well. The 5-foot-9 junior had team-highs of 10 rebounds and five steals against Warrior Run.

“I’ve let her know that she’s a rare player, who, when she steps out onto the floor, helps everybody else get better,” Severn said. “Anytime you see somebody on your team who is working really hard, it’s inspiring. You can feed off that. So everybody is working hard.”

The Warriors — who are in line to be the top seed in the upcoming District 4 Class A tournament — have lost to only the current top seeds in District 4-2A (Mount Carmel), District 4-3A (Bloomsburg) and District 6-4A (Tyrone).

“We need those games,” Garvin said. “Whenever we play teams that we beat by 30, it doesn’t really help us get better, so we need those tough games.

“I would much rather lose to a good team than play a bunch of (easy) teams.”

Garvin seems to have little interest in statistics, other than the wins that Northumberland Christian achieves as a team.

“Earlier this season, she scored her 1,000th point and she had no idea it was coming,” Severn said. “She’s out there playing for the team. We have lots of girls on the team who play that way, and that’s what makes us successful.”

That drive to perform well extends to the classroom, where Garvin is a fixture on the distinguished honor roll. However, she said there hasn’t been one aspect of academia that has really grabbed her yet.

“I don’t have one thing that I super-love,” Garvin said. “I don’t know what I want to do when I grow up yet. I’m still thinking about it.”

Perhaps because of that, she’s still working on deciding where she wants to go to college.

“I’ve thought about it, but not to the extent that I’ve really narrowed it down,” Garvin said. “I know I want to play basketball in college, and that I want to go to a small Christian college. My parents have definitely been helping me look around.”

Severn said giving her best is how Garvin approaches everything in her life.

“She works hard at everything she does,” Severn said. “She attacks things and does a great job.”

Garvin had that mindset on mission trips to Haiti and Costa Rica.

“It was a thing that we did kind of as a team; I probably wouldn’t have been pushed to go if it was by myself,” Garvin said. “It was a really awesome experience, both of them were. It’s just awesome to help people.”

In Haiti, Garvin helped build a church in the mountains.

“It was actually really cool,” Garvin said. “We got stuck up there one night because it rained really hard, and we couldn’t get back down the mountain. We slept overnight in this church that we just built.”

She also volunteers in the nursery at her church, Redeemer Orthodox Presbyterian in Danville.

“I just help out when they need it,” Garvin said. “I feel like it’s important to give back and not be so focused on myself and what I want, but serving others.”

After the ACAA tournament wraps up today with the Warriors seeking their fifth consecutive championship, Garvin and her teammates will take aim at defending their district crown.

“I don’t want to feel too confident going into it, but, at the same time, I think we can totally win districts,” Garvin said. “We’ll have to work hard for it.”

That would accomplish one of her two remaining goals this season. The other is to win the state title.