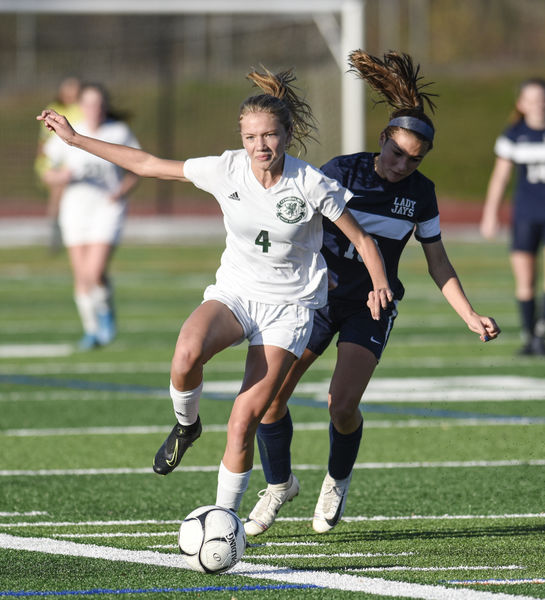 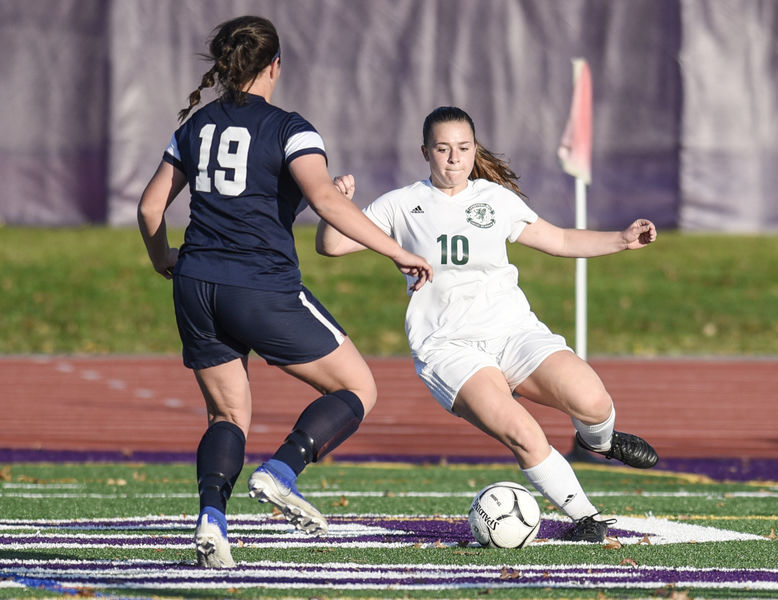 Lewisburg’s Taryn Beers looks to get by Central Columbia’s Sydney Hunsinger on Saturday. 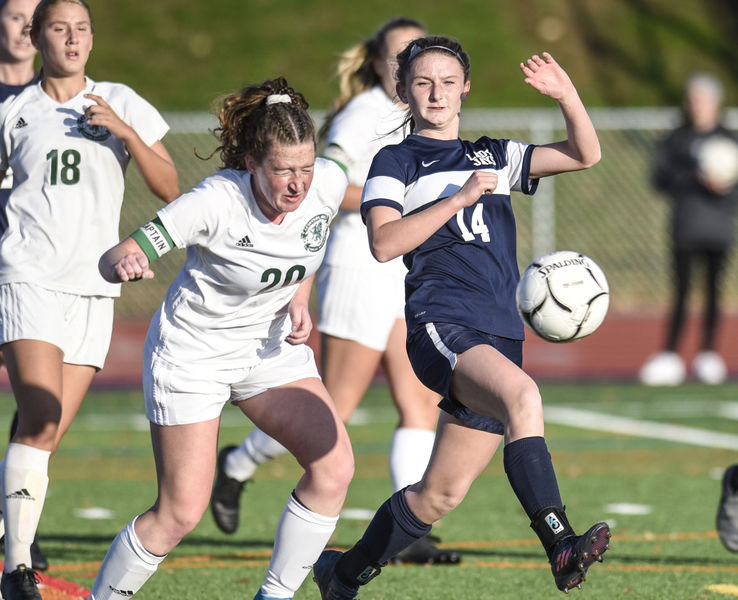 Lewisburg’s Taryn Beers looks to get by Central Columbia’s Sydney Hunsinger on Saturday.

DANVILLE — Terry Gerlinski wasn’t sure why the Lewisburg girls soccer team came out flat at the start of Saturday’s District 4 Class 2A championship game, but that sluggish beginning proved extremely costly.

Lauren Bull posted a first-half score for the Blue Jays (18-2-1), who split a pair of regular-season meetings with Lewisburg.

Mikayla Long netted the lone goal for Lewisburg (15-5-1), which had its 14-game unbeaten streak brought to a disappointing end. Despite the loss, the good news for the Green Dragons is they’ll still play in the PIAA Class 2A tournament. The Green Dragons begin their quest to return to the state final Tuesday against Eastern Lebanon County.

Gerlinski was frustrated by his third-seeded team’s start, the Green Dragons could have been starting at a halftime deficit much larger than one goal. Lauren Gross made two terrific first-half stops before Bull cashed in.

While Bull’s strike at 27:23 staked the Blue Jays to a lead they wouldn’t concede, Lewisburg had a chance to even things up at 32:59 when a handball was whistled in the penalty area and Chloe Michaels deliberately stepped to the spot.

Yet the dependable Michaels could not deliver an equalizer, as her rip was airmailed well over the cage, allowing Central to carry a 1-0 lead into the halftime break.

“That one really sucked, so we’ve got to get ready for the next round,” Gerlinski said. “We didn’t play our game and I don’t know what happened. Give Central credit; that first half they really put (us) under the bus and really took it to them.

“We didn’t respond. We had a few opportunities there, but who knows? If Chloe buries the PK, it’s 1-1 and momentum, I don’t know.”

Lewisburg had much more jump once the second half began to unfold, but Morgan James (four saves) handled shots. When Rowe scored at 63:22, the Jays were sitting on a 2-0 lead.

Since the Dragons were able to shrug off a loss to Midd-West in last year’s 4-2A final, regroup and make a dramatic run to a state title game — they dropped a 1-0 decision to Bedford on an overtime penalty kick — Gerlinski is hoping for a similar response.

He’ll find out for certain when the Green Dragons line up Tuesday night.

“They can do it,” Gerlinski said. “That’s what they did last year.”