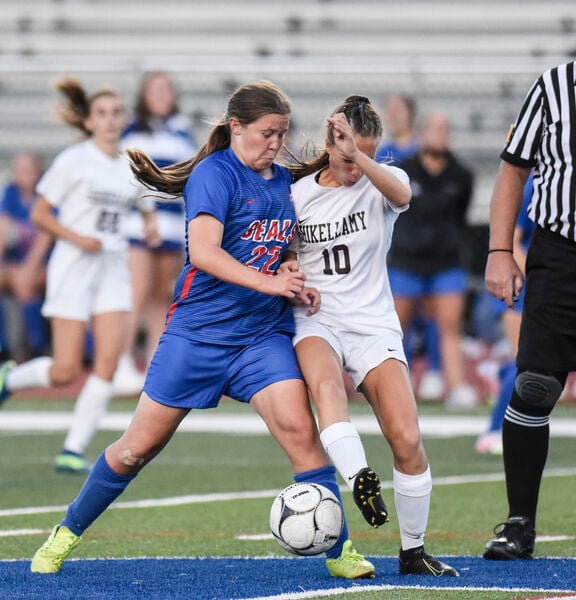 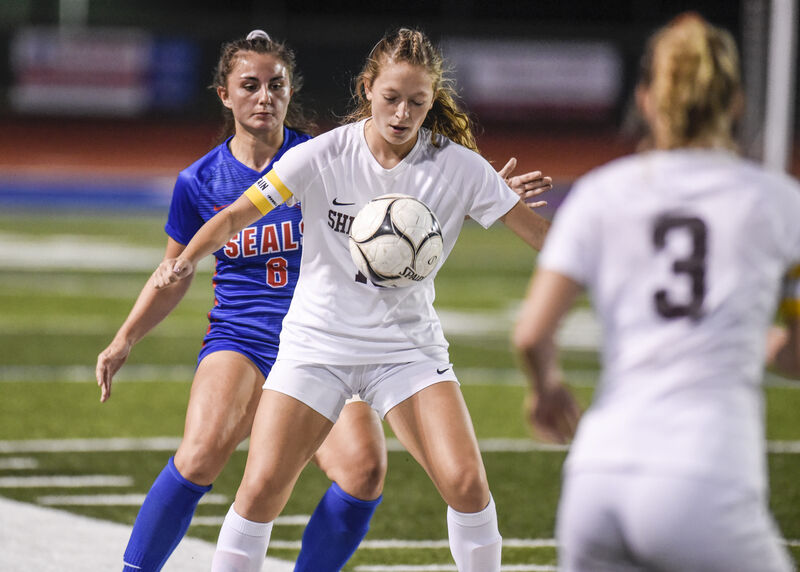 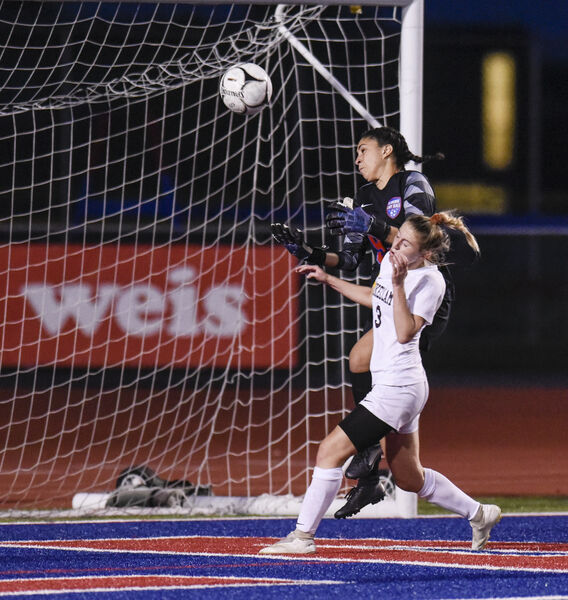 Shikellamy’s Eryn Swanger knocks the ball past Selinsgrove goalie Alivia Ravy and into the net for her 50th career goal during Wednesday’s game. 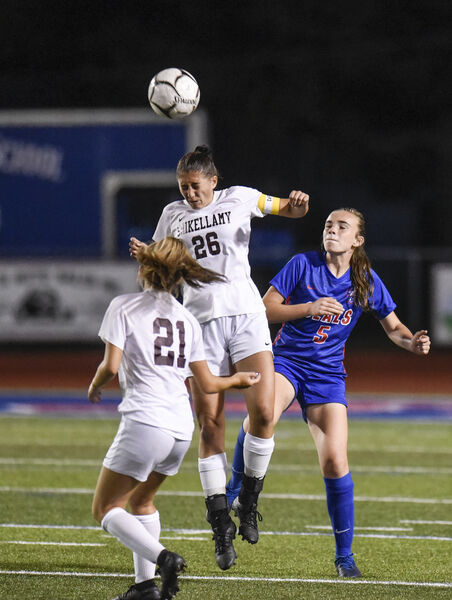 Shikellamy’s Eryn Swanger knocks the ball past Selinsgrove goalie Alivia Ravy and into the net for her 50th career goal during Wednesday’s game.

Nava scored less than three minutes into the game with an assist from Lilian Poust, and the Seals defeated rival Shikellamy 3-1 in Heartland Athletic Conference-Division I girls soccer.

“It was nice to see Haylee fulfill a role and do an excellent job,” Selinsgrove coach Cheryl Underhill said. “That speaks to the depth we have.”

Fellow sophomore Ella Magee scored on a penalty kick six minutes later, putting the Seals ahead 2-0 less than nine minutes into the game.

“We came out ready to play,” Underhill said. “We’ve been battling a few injuries, so it was important for us to play our style.”

Magee capped the scoring with an insurance goal with 2:33 to play in the game. Magee’s final goal came off an assist from Nava.

“Ella always has confidence to put the ball in the back of the net,” Underhill said. “She’s a great PK finisher, and she finishes well from outside of the 18. Ella and Haylee play very well off each other.”

The Seals (4-2) had a 20-7 advantage in shots. One bright spot for the Braves (4-1) was a milestone goal scored by senor Eryn Swanger.

Swanger scored to cut Shikellamy’s deficit to 2-1 with an assist from Emily Shultz. It was Swanger’s 50th career goal, and it came on her birthday.

“Shik’s a great group,” Underhill said. “Our intensity dropped a little, and they came right back and scored a goal.

CATAWISSA — The Tigers celebrated senior night, then the lone Southern Columbia senior — Karly Renn — found Loren Gehret for a goal just 25 seconds into the game to send the Tigers to the HAC-II victory.