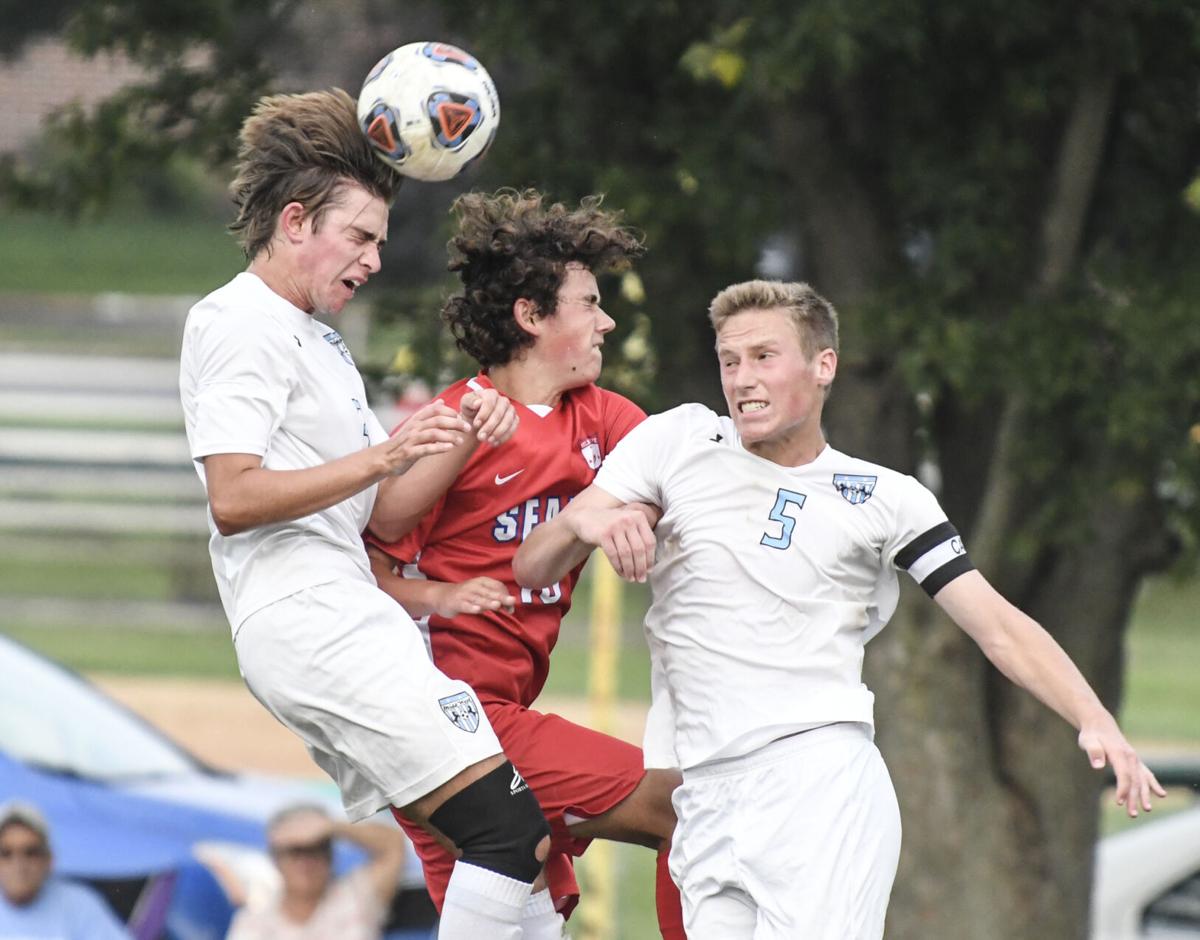 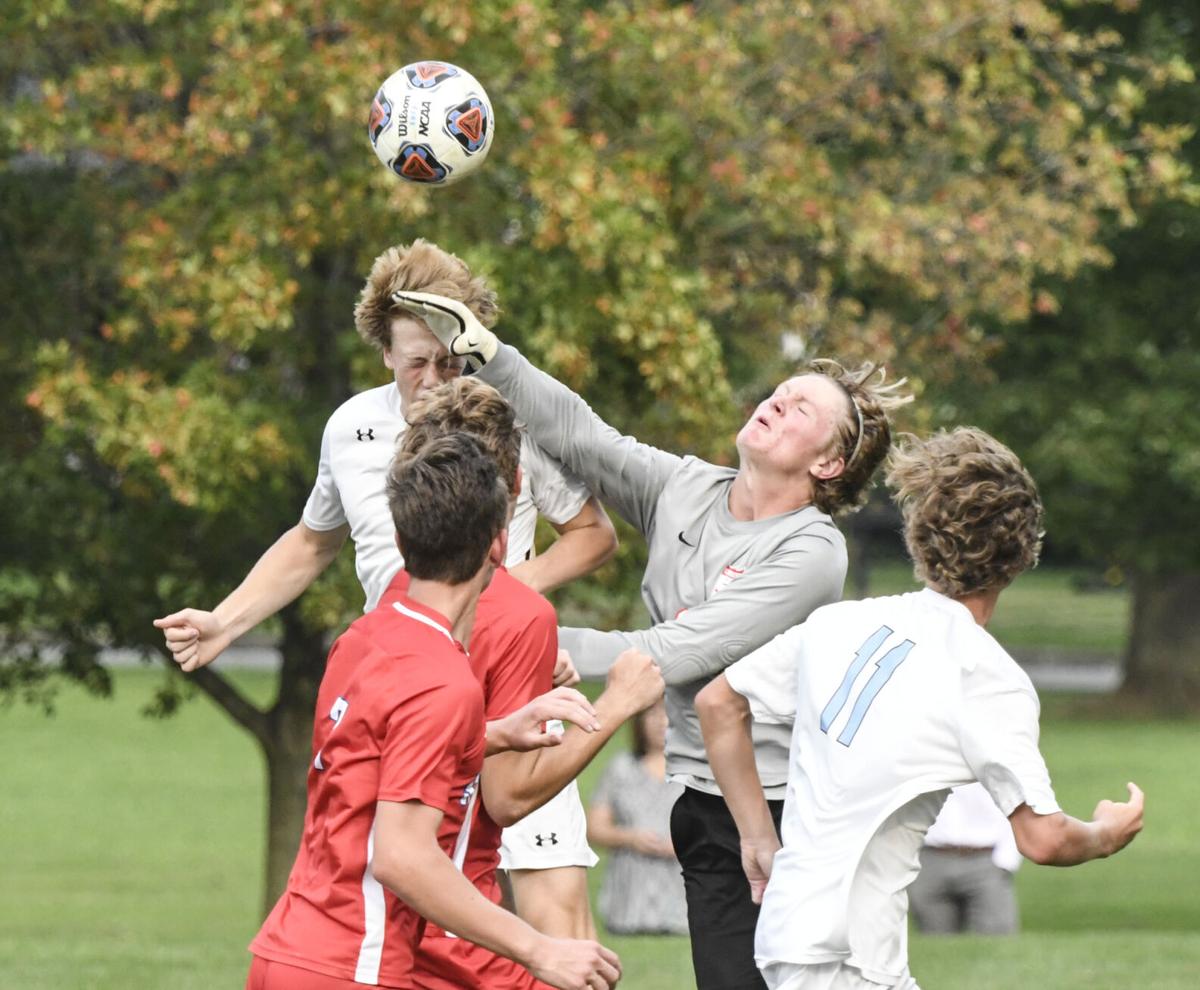 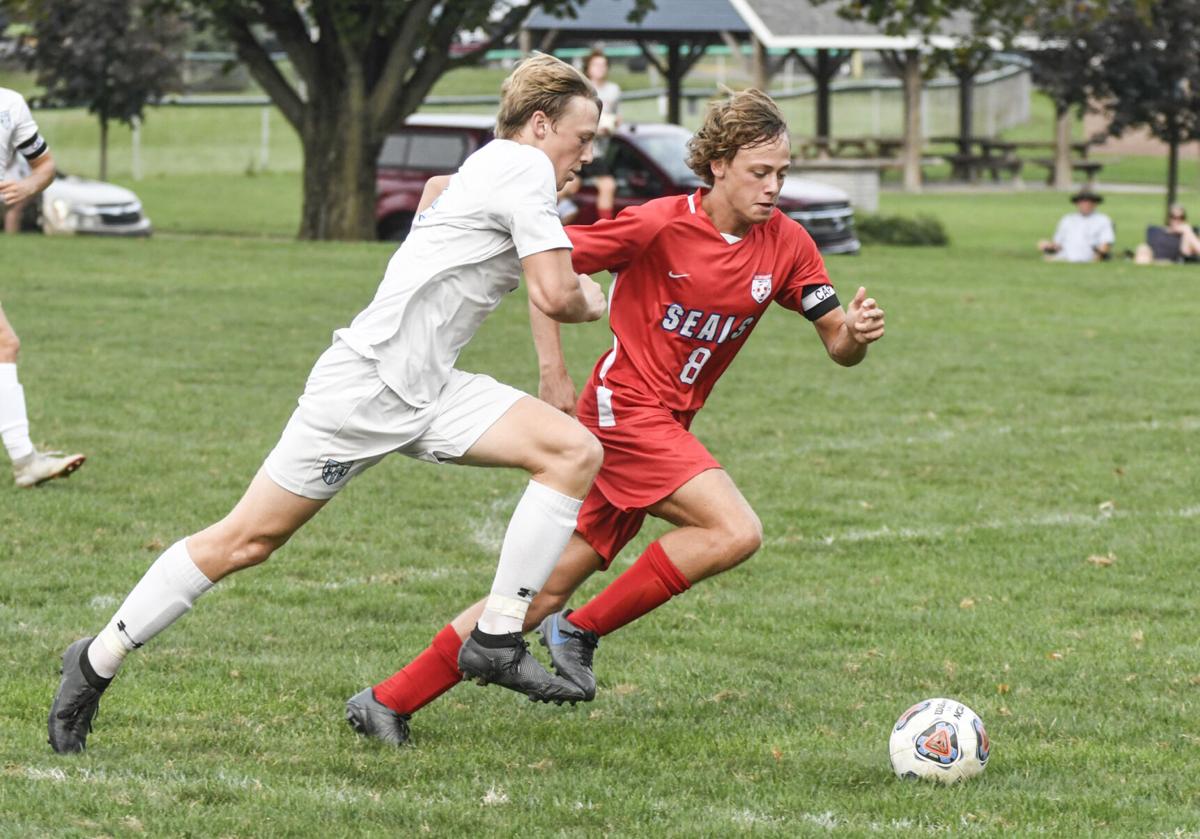 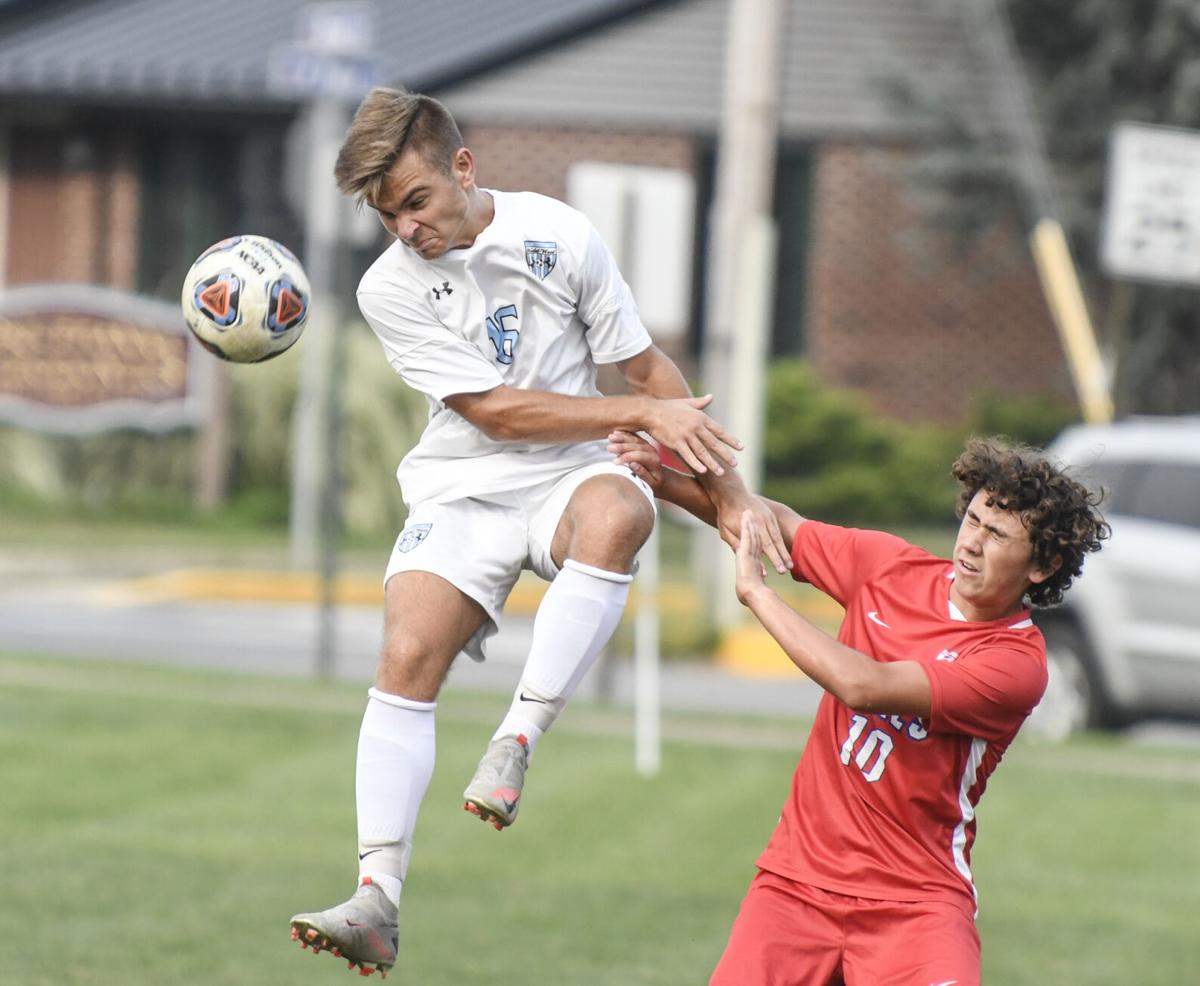 SELINSGROVE — Kynn Loss spent more time on the bench Tuesday than he would have liked.

The Midd-West senior felt some discomfort in his hamstring in the first half, so he sat for a fair amount of the second half in the Mustangs' Heartland Athletic Conference-Division I boys soccer game against Selinsgrove.

However, once the match went to overtime, Loss made a pitch to go back in, and fortunately for the Mustangs it worked.

"Overtime came around, coach put me back in," Loss said. "It was hurting a bit, but I kept going. The ball just happened to roll right to me, and there you go — I scored."

Midway through the second overtime period, Midd-West's Nick Eppley and Nathan Hartman played a nice give-and-go on the right side, drawing the attention of the Seals defense. The ball came across the middle of the field and squirted out to Loss on the left, who buried the game-winning goal for a 2-1 Midd-West win.

"Everybody else was crowding; there were three people already in the box," Loss said. "What's the use of a fourth person being there? If you stay wide, I can wait for that junk ball to roll through."

For Midd-West (4-0), there was a measure of revenge to Tuesday's game with the Seals. The Mustangs lost four games last year, two of which came to Selinsgrove.

"It was kind of payback," Loss said.

"It definitely fueled our fire today. We had a little bit more motivation."

Eppley played a key role in the game's first half. He sent a long, diagonal pass forward to Owen Solomon. Solomon took a couple dribbles toward the net, and then passed the ball to Noah Romig at the far post. Romig was wide open for an easy tap-in, and a 1-0 Mustang lead with 15 minutes left in the first half.

"Something we really talk about and strive to reach is being unselfish," Midd-West coach Mark Ferster said. "We're not about the stats with this team. ... We're not about the individual. This is a team, and it's about where we want to go. We set goals at the beginning of the season that we can reach as a team."

About 10 minutes before the goal came, both Eppley and Selinsgrove's Colin Findlay hit the post with shots in a span of two minutes.

Midd-West had more chances in the first half, but Selinsgrove (2-2-1) amped up the pressure as the game wore on.

"This was the second or third time already this short season that we found ourselves in a hole," said Selingrove coach Chris Lupolt, whose team has played three overtime games. "We kept battling, equalized and put ourselves in a position to have a positive outcome. Today just didn't go our way. I told our kids they battled, and I admire their character and work ethic."

With about 20 minutes left in the game, Erb threw his body in front of a Selinsgrove shot to stop a dangerous scoring opportunity. With 12 minutes left, Midd-West goalkeeper Cole Keister aggressively challenged a long pass and corralled it, colliding with Findlay in the process.

"We always have the mentality to do whatever it takes," Erb said.

The Seals finally broke through with nine minutes to play. Nick Ritter received a long pass and flicked it over an onrushing Keister. Erb cleared the ball before it crossed the goal line, but it went straight to Selinsgrove sophomore Jake Keeney. Keeney then calmly fired the ball into the open from about 20 yards out.

"Jake is a very heady player," Lupolt said. "He watches a lot of soccer. He lives soccer. He saw the opening, and he saw the possibility. He just finished it. It was nice. He and Nick have a good chemistry."

Four minutes later, Ritter again beat Keister on a shot, only to see it cleared off the line by Midd-West defender Gage Kuhns.

"Gage cleared that ball off the line because there's one goal in mind, 'Always protect home,'" Ferster said. "If our keeper comes out, we need to bust it to get behind him, and that's what Gage did."

After a scoreless first overtime period in which both teams had a couple scoring chances, Loss sent the Mustangs home a winner, their first win over the Seals since 2015.

"We've got things to work on," Ferster said. "Sometimes it doesn't look the way you want it to, or how you draw it up, but the end result you've got to be pleased with. A win is a win."