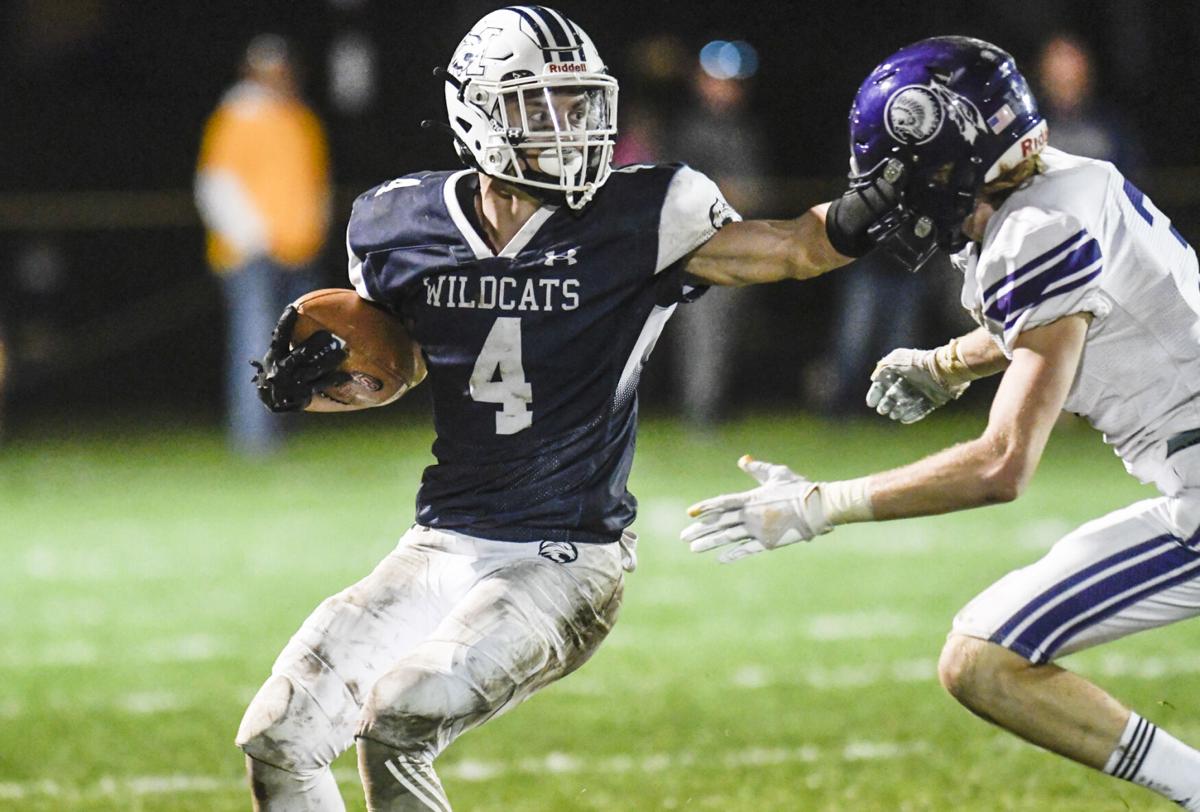 Mifflinburg’s Carter Breed tries to fend off Shamokin’s Colton Lynch on a carry during Friday’s game. 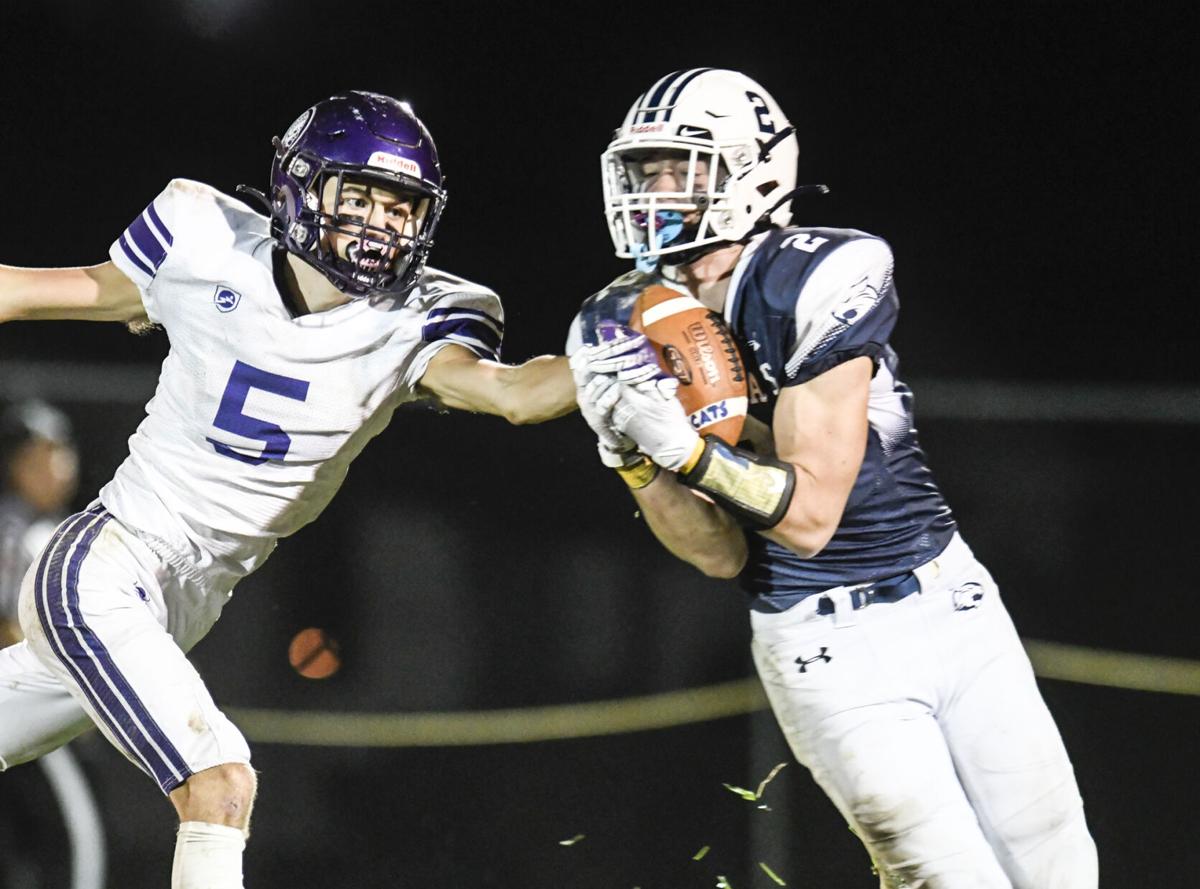 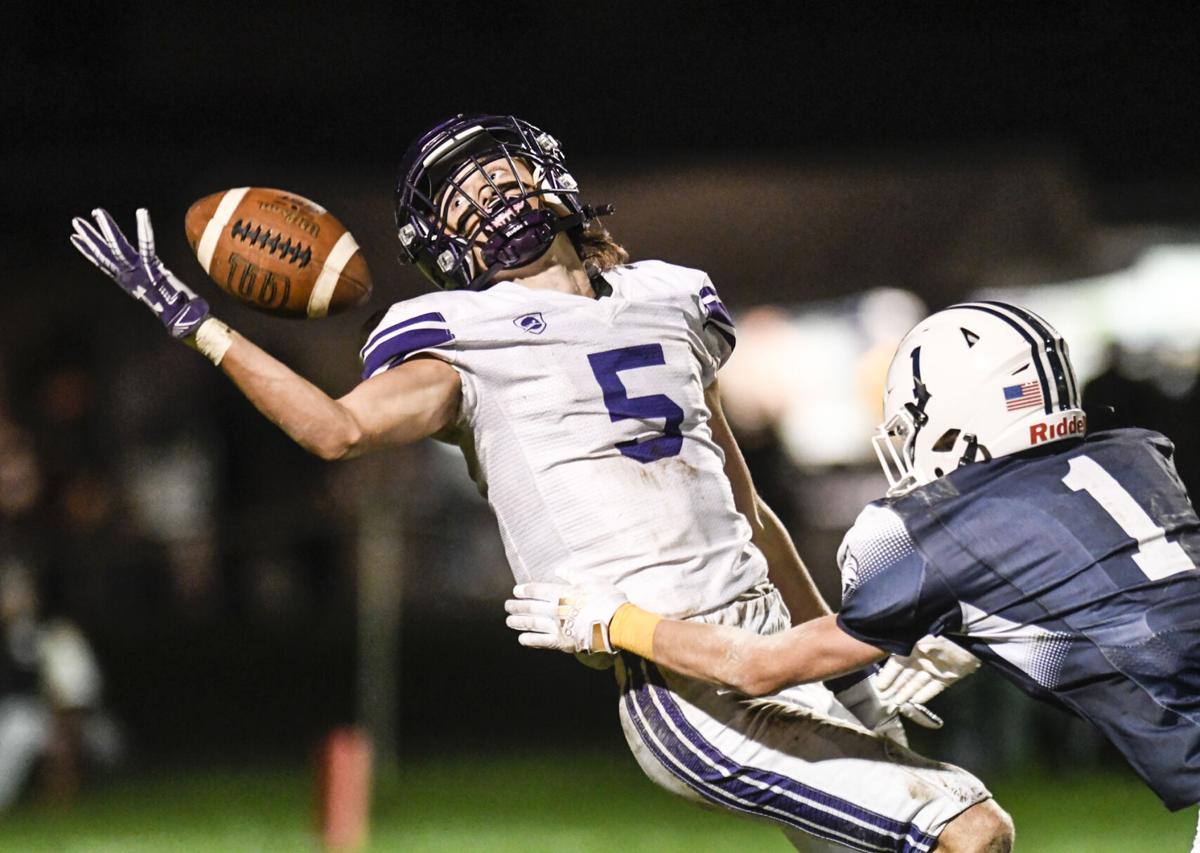 Shamokin’s Colin Seedor reaches back in an attempt to catch the ball as Mifflinburg’s Tanner Zimmerman closes in before the pass eventually fell incomplete during Friday’s game.

Mifflinburg’s Carter Breed tries to fend off Shamokin’s Colton Lynch on a carry during Friday’s game.

Shamokin’s Colin Seedor reaches back in an attempt to catch the ball as Mifflinburg’s Tanner Zimmerman closes in before the pass eventually fell incomplete during Friday’s game.

MIFFLINBURG — There hasn't been a lot of fire around Shamokin football over the past couple weeks.

A one-point loss on the road three weeks ago, a desultory performance in a loss to Selinsgrove on Sept. 11, and even last week's big win over Nanticoke was marred by four Shamokin coaches, including head man Henry Hynoski, missing the game due to COVID protocols.

So what the Indians needed Friday night at Mifflinburg was to show some of the resilience that Hynoski believed they possess.

Shamokin had an answer every time Mifflinburg got within one score, and then picked off quarterback Troy Dressler in the end zone at the buzzer as the Indians picked up a 34-27 victory over the Wildcats on Friday night.

"Unbelievable win. I just have to give credit to our guys, it was an up-and-down game, and we stayed with it," Hynoski, who hadn't coached on the sidelines in two weeks (he coached in the press box against Selinsgrove), said. "We believed in the plan and kept fighting."

Mifflinburg coach Jason Dressler added: "The bottom line is they made plays, and we didn't. We made some mistakes, and they didn't. The biggest thing, though, we have to clean up is these penalties."

The Wildcats (3-2) started quickly against Shamokin, especially on the defensive side. Josh Antonyuk and Lucas Whittaker each had sacks for Mifflinburg on the first two Shamokin possessions, while Max Madden had just 14 yards on his first 10 carries of the game.

Andrew Diehl returned the second Shamokin punt 22 yards to the Indians 28 to set up the first score of the game. After negative play on first day, Troy Dressler found Cannon Griffith for a 29-yard TD with 5:16 left in the opening quarter to give Mifflinburg a 7-0 lead.

Shamokin had just two first downs in the opening quarter, but Tyler Whary broke a 33-yard TD run on third-and-four on the first play of the second quarter to tie the game at 7-7.

"That little blast play is one of our best plays, and it works almost every time," Whary said. "The defense was keying on Max, and they left the middle part of the field open."

All of a sudden the Indians were clicking, scoring on three straight possessions. Madden capped a 74-yard drive with a nasty 19-yard TD run, capped by a Derrick Henry-like stiff arm that put a Mifflinburg linebacker on his back. Shamokin then pushed its lead to 21-7 with 1:03 left in the first half, when Colin Seedor caught a 30-yard TD pass on fourth-and-16.

The Wildcats answered on the first drive of the second half when Dressler found Jacob Bingaman with a four-yard TD pass to cut the lead to 21-14. The big play came on the opening play of the drive when Zack Wertman caught a 39-yard pass from Dressler after a reverse flea-flicker.

With the game at one score, the Mifflinburg defense forced back-to-back punts, but disaster struck on the first play after the second punt. Whary stepped in front of Wertman at the 30, and returned the interception for a touchdown to push the Shamokin lead to 28-14 with 2:48 left in the third quarter.

"I just stared at the quarterback's eyes. I kind of figured that's where he was going," Whary said. "I just stepped in front and took off."

The Wildcats had an answer, finally getting their running game going late in the third. Four straight runs capped by Dressler's one-yard plunge with one second left in the third quarter brought Mifflinburg to 28-21.

On the very first play of the fourth quarter, Aaron Frasch ran a corner route from his wing position and caught a 71-yard TD pass from Brett Nye to push the lead back to 34-21 after a missed PAT.

Mifflinburg had one more answer, taking the next possession 74 yards for a touchdown, helped by a 50-yard Dressler-to-Bingaman hook-up. Dressler found Wertman on a crossing pattern for a 33-yard TD grab. Mifflinburg missed the extra point, and pulled to 34-27.

A 15-yard penalty enforced on the kickoff gave Shamokin the ball at the Mifflinburg 47 after a 22-yard Seedor return. The Wildcats stopped a fourth-and-three incomplete pass down at their own 17. They marched to the Shamokin 25 with 30 seconds left in the game, helped by a pass interference call, but Seedor picked off Dressler in the end zone to ice the game.