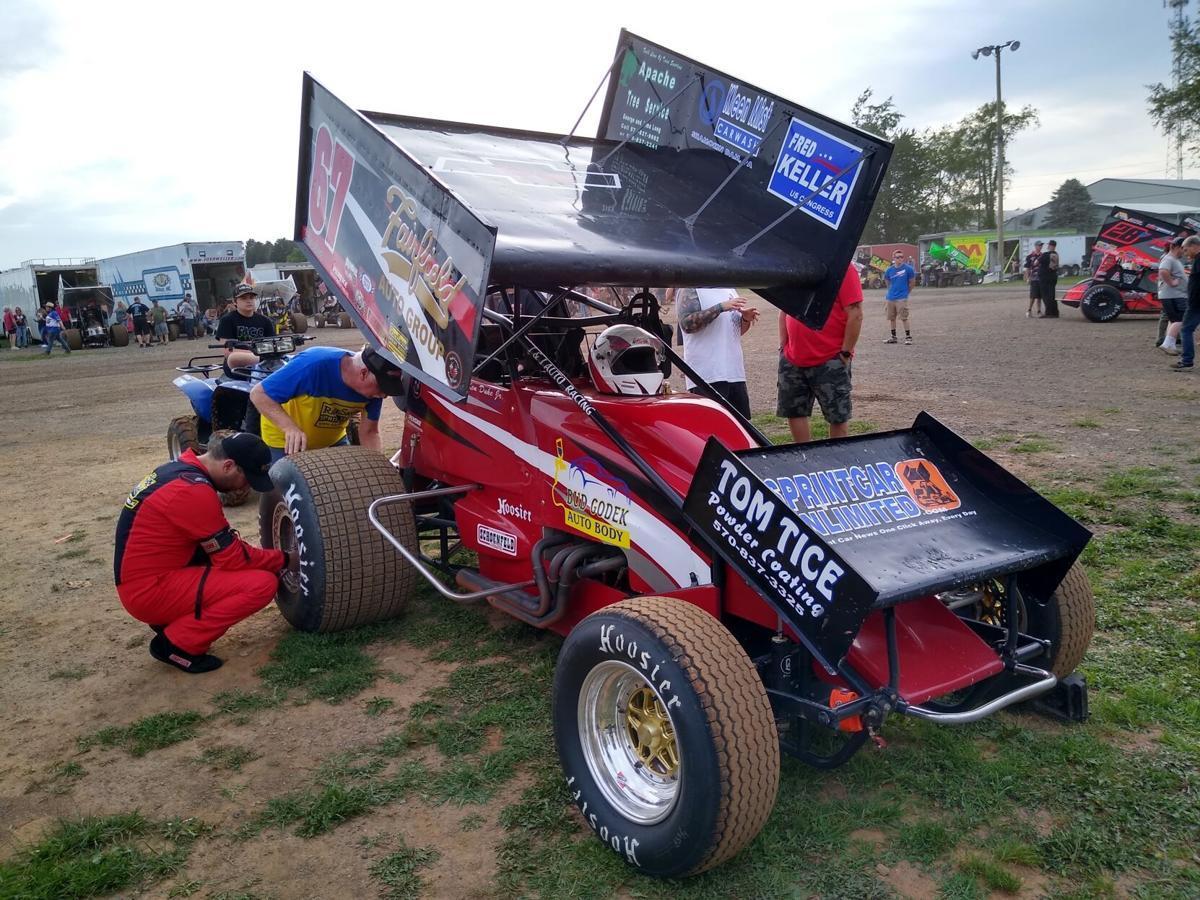 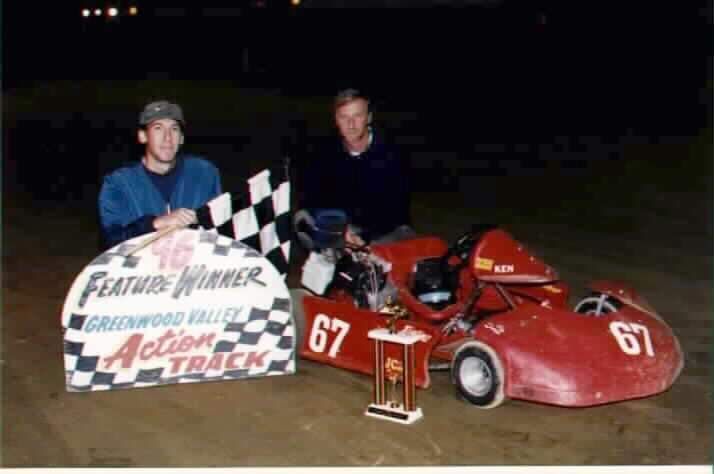 Ken Duke Jr., left, and his father, Ken Sr., pose at Greenwood Valley Action Track after a go-kart victory in 2003.

Ken Duke Jr., left, and his father, Ken Sr., pose at Greenwood Valley Action Track after a go-kart victory in 2003.

SELINSGROVE — When two of his high school buddies bought go-karts, 20-year-old Ken Duke Jr. talked his dad into getting one, and the younger Duke unknowingly began a successful racing career that continues to this day.

Duke Jr. raced karts from 1998 until 2003, winning track championships at Selinsgrove Raceway Park and Greenwood Valley Action Track near Millville. After that he bought a 270 microsprint, winning local championships and racing all over the country — often with fields of 200 karts.

He won titles at Greenwood, Selinsgrove and Port Royal, and Duke had no thoughts then about moving to other types of racing.

“I really thought that would be as far as my racing career would ever go,” the 45-year-old Selinsgrove resident said Saturday as he and his dad and their crew prepared to take his 305 sprint car onto Selinsgrove Speedway’s big half-mile for hot laps.

Duke had been wrong about his racing future.

The Selinsgrove High School and Pennsylvania College of Technology graduate was racing his micro at Clinton County Speedway, near Lock Haven, when another type of race car caught his eye. It was one that put him on the national radar.

“We saw that they had these more economical 305 sprint cars that they were running up there, and we decided to take a shot at it,” Ken Jr. said.

After several races, and doing “pretty well,’’ they switched gears and began racing 305s, joining the PA Sprint Series in 2014.

The success continued in the sprints with Duke winning several championships. But the highlight came in 2019 when he won the IMCA 305 series national championship, becoming the first Pennsylvanian to ever win a national title with the sanctioning body.

Ken Sr. said, “That got us a lot of attention. There were a lot of rewards through that, some sponsorship deals, a little more than local championships did.”

The national championship is based on a points system, and there are 19 regions, including four in Pennsylvania. Besides the PA Sprint Series (PASS), the others are Laurel Highlands, Allegheny Mountain and Mid-Atlantic.

Standings are determined by the finishes in a driver’s best 20 races. Duke said he raced 35 races in the championship year with an average finish of 1.8.

After finishing second in the national points in 2018, the Dukes believed with a few improvements they could contend in 2019, so they went all out to try to win it.

Duke is proud to have been the first from the state to win, and added that current PASS competitor Garrett Bard of Wells Tannery, Fulton County, won it last year to give the Keystone state back-to-back national crowns.

Duke said he believes the high car counts and quality of drivers in Pennsylvania both help and hinder the locals.

“Most of the regions in the Midwest are lucky to get 20 cars, but if you go to Port Royal you are guaranteed to get at least 40 cars,” he said.

Plus, he said, there are a lot of good, young drivers who are talented and tough competitors who have good chances to move up. He noted that two-time defending Port Royal 410 champion Logan Wagner, of Harrisonville, raced in the PASS circuit in Duke’s first year.

There was no national championship last year because of the COVID-19 pandemic, but Duke said he was not interested in trying to win another title.

“We as a team worked extremely hard in 2019, with the quality of equipment that we had at that point and the amount of work we put in during the winner in 2018,” he said.

“We had finished second nine or 10 times, so we thought we would have a shot at it,” he added.

With the pandemic shutdown coinciding with Duke getting married (and he and his wife, Donna, are buying a house), he was no longer interested in running so many races, not to mention working in the garage every night to get ready for the weekend race.

Like Duke, his stepson, Tyler Clowes, 14, aspires to drive a sprint car and, said Ken Jr., “We have plans of eventually taking over the ride in this car.”

In the meantime, Duke’s belt is missing one notch.

Growing up watching the races at Selinsgrove and then winning a karting title on the speedway’s fifth-mile track, it has been Duke’s dream to win a sprint championship on the big track.

“We want to get to some different places and some different experiences (this year), but the one thing that has eluded us is a track championship here at Selinsgrove,” Duke said.

“We tied (for first) the last two years and lost in a tiebreaker, so I have that goal to try to accomplish this year yet,” he said.

His dad, who was a service manager at Fairfield Chevrolet in Lewisburg for 45 years, agrees.

“We’ve raced here and won championships on the little track, and of course he wants to win one on the big track, but it’s hard to do,” the elder Duke said.

Duke has one win at his home track this year, but Bard has four, including the last three, and sits in first place, 60 points ahead of second-place Duke.

With two races left at Selinsgrove, Duke, who writes computer programs for the Central Susquehanna Intermediate Unit, would like to write his name into the Selinsgrove Speedway record book.