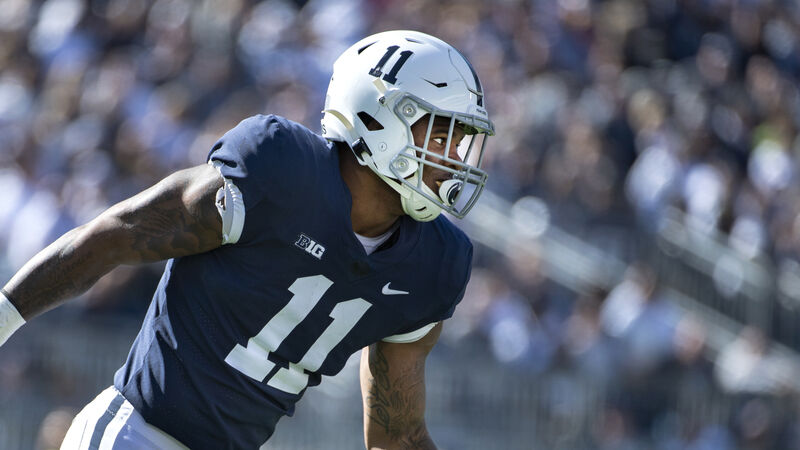 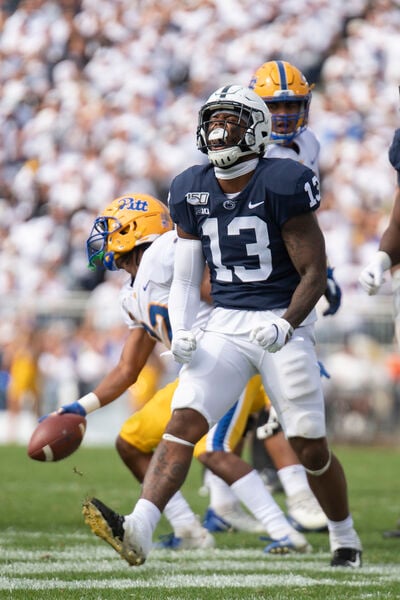 Penn State linebacker Ellis Brooks celebrates after making a tackle against Pittsburgh in a game last year in State College.

Penn State linebacker Ellis Brooks celebrates after making a tackle against Pittsburgh in a game last year in State College.

STATE COLLEGE — Penn State earned its “Linebacker U” moniker after years of producing some of the most dominant players at the position, such as LaVar Arrington, Paul Posluszny, Jack Ham, Shane Conlan, Sean Lee and others.

The Nittany Lions, however, haven’t had a linebacker selected in the NFL draft since 2013, when the Minnesota Vikings picked Gerald Hodges in the fourth round.

Micah Parsons is expected to end the seven-year drought.

While many experts project Parsons to be selected in the first round of the 2021 NFL draft, the Nittany Lions junior said he remains focused on the present.

“I’m just going to appreciate this,” Parsons said last month. “I just play the game and just so happen to be good at it. I just take every day for what it is, go out there and give 100% and do what I do best. There’s no more pressure to it. I feel like when you add pressure and you add all these other factors, it can alter how you play and perform. I just want to go out there and have fun with it.”

Parsons headlines a Penn State linebacker unit expected to be one of the most dominant in the Big Ten, if not in the nation. In 2019, Penn State paced the Big Ten in rush defense as it allowed just 95 yards per game to opposing running backs. In 13 games, Penn State’s opponents averaged just 2.6 yards per carry.

“I’m pleased with his development to this point,” Penn State defensive coordinator/linebackers coach Brent Pry said earlier this year. “He’s eager, he’s determined, and that never wavers. He’s one of those guys that you want to have covering the best back, covering the best tight end. ... You like to have him in a couple different places. Maximizing what he can do for us each and every snap that he’s on the field is important.”

A talented cast joins Parsons on the depth chart and will help make up for the loss of former linebackers Jan Johnson and Cam Brown.

Junior Ellis Brooks and sophomore Brandon Smith are projected to occupy the middle and outside linebacker positions, respectively. Brooks accumulated 40 tackles to go with three sacks and one fumble recovery last season. As a true freshman in 2019, Smith logged playing time in each of Penn State’s 13 contests and recorded 14 tackles, including two tackles for a loss.

Junior middle linebacker Jesse Luketa started two games and played in 13 in 2019. He could make a push for increased playing time in 2020. Outside linebackers Lance Dixon (redshirt freshman) and Charlie Katshir (redshirt sophomore) also are expected to receive added reps.

“(Micah’s) a guy that gets a lot of attention in our room, but we have a bunch of other good linebackers at my position — guys I’m really excited about,” Pry said. “There’s a lot of depth in the room and a lot of competition. In my experience, that’s pretty good ingredients for the unit. I’m excited about the guys.”