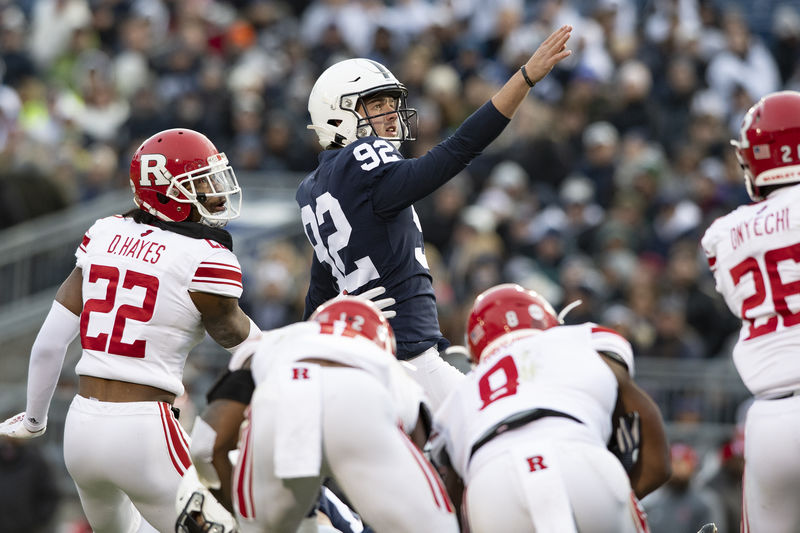 Penn State kicker Jake Pinegar (92) watches a kick against Rutgers during a game last season in State College. Pinegar was among the first 75 Nittany Lions to return to campus on June 8. 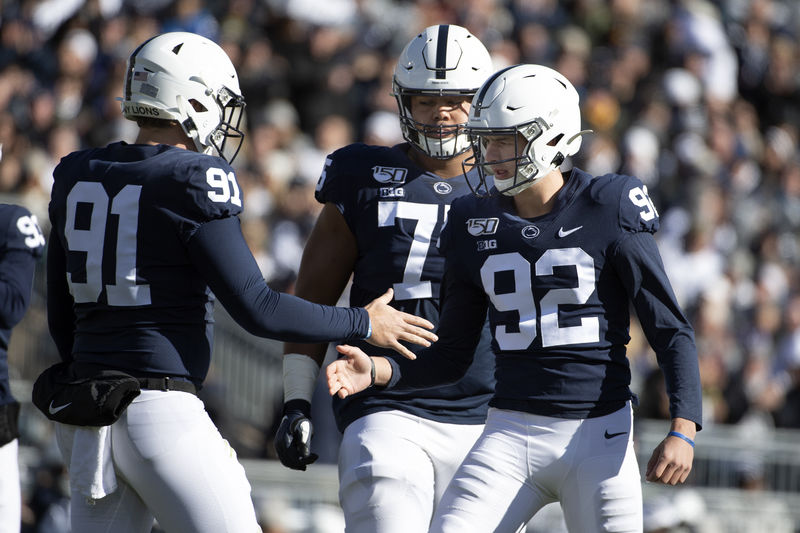 Penn State kicker Jake Pinegar (92) watches a kick against Rutgers during a game last season in State College. Pinegar was among the first 75 Nittany Lions to return to campus on June 8.

As he and his teammates’ typical routines were disrupted this spring due to the coronavirus pandemic, a return to Happy Valley signaled a return to normalcy — even if it meant things at Penn State had a different look.

“I didn’t really have any hesitation with that,” Pinegar said on Wednesday. “I know a lot of people didn’t have that, either. Everybody was home for a long time. Everybody was eager to get back up here — get back in the swing of things.”

Pinegar arrived at Penn State in time for the Nittany Lions’ mandatory quarantine period on June 8. He and other players were tested and given physicals before they were cleared to participate in voluntary workouts. Football-related activities are limited to Holuba Hall, Penn State’s indoor workout facility.

“Holuba, they have the whole workout system set up in there right now,” Pinegar said. “Very organized, very step-by-step process. Every day you have to go in there and you have to go through a series of testing and questionnaires and things like that. They have everything blocked off in certain areas. They’re always cleaning stuff, spraying stuff down, making sure everybody’s up-to-date with what’s going on.”

Unlike some of Penn State’s position players, Pinegar said his spot as a kicker on special teams afforded him some opportunities to hone his craft alone. The Ankeny, Iowa, native made use of a local field to keep his kicking leg in shape.

“Overall, it wasn’t too bad,” Pinegar said of his quarantine experience. “As far as training and working out and things like that, I had access to a field every day up at my high school, so I was able to take full advantage of that and get out there and practice like I would here every day, which was a really good opportunity. Lifting weights, I had stuff in my basement at my house and stuff like that which I was able to use.”

Stout set a Penn State record on Sept. 14 when he kicked a 57-yard field goal against Pittsburgh.

Despite a growing numbers of players who have returned to their respective programs testing positive for coronavirus, Pinegar said he’s confident in the precautions that the Penn State football staff and players have taken to minimize risk.

“I think that has to do with the coaches, the medical staff, with our training staff and players, just buying in and being smart about it,” Pinegar said. “I think with the way things are run at Penn State — workouts, the directions and steps players have to take each and every time that they step around Holuba or off-campus at their houses — I think everything that is set up is set up to where there’s almost zero risks of getting that. I think the players are buying into that, as well, which helps.”