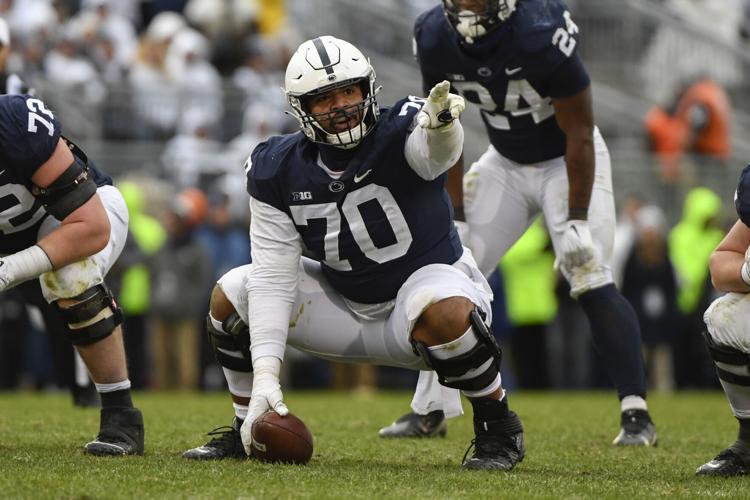 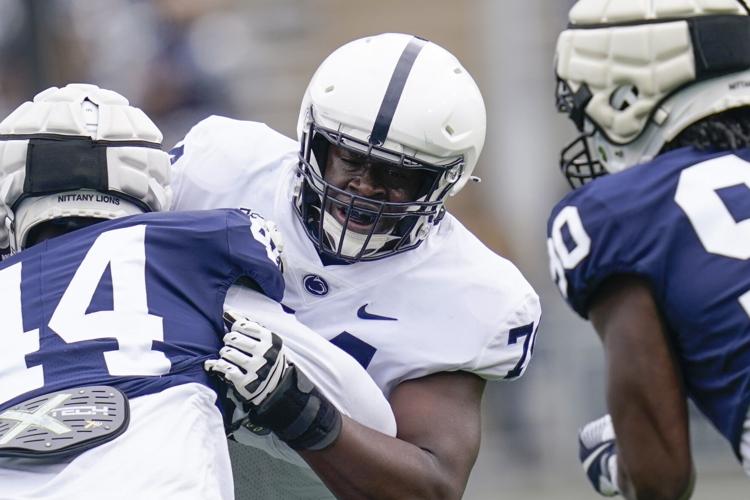 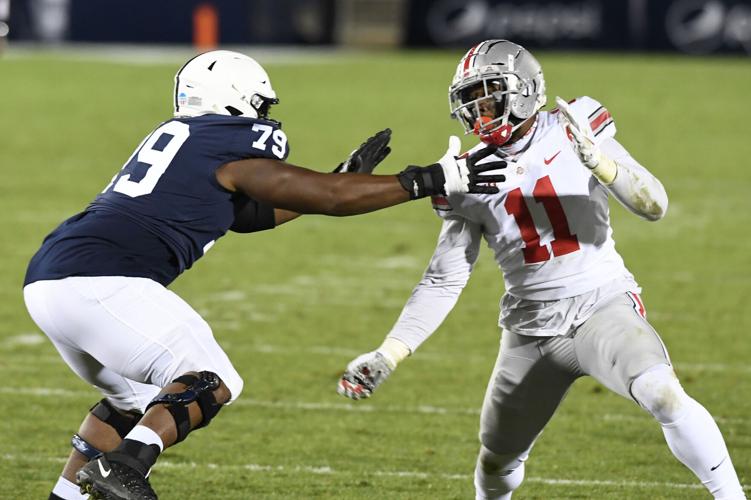 Perhaps no Penn State position group this season will be watched as closely and scrutinized as heavily as the offensive line.

Penn State ended its 2021 campaign next-to-last in the Big Ten in rushing yards per game (107.8), and quarterback Sean Clifford was sacked 30 times, the most of his career.

The Nittany Lions enter the 2022 season without three starters from the offensive front last season — Rasheed Walker, Eric Wilson and Mike Miranda — which creates no shortage of opportunities for younger talent to etch its mark.

Redshirt senior Juice Scruggs (6-foot-3, 310 pounds) will anchor the unit at center. One of the more experienced players in the program, Scruggs started 13 games last season, alternating between right guard and center. Scruggs in late July was one of six Big Ten offensive linemen to appear on the Rimington Trophy watch list. The Rimington Trophy is given to the nation’s top offensive lineman.

Penn State returns its second starter on the offensive line in redshirt junior Caedan Wallace (6-5, 324 pounds). Wallace logged 13 starts at right tackle last year, and he tallied seven at the position in 2020.

In further projecting the Nittany Lions up front, 6-6, 321-pound third-year sophomore Olu Fashanu is expected to start at left tackle. Fashanu earned his first career start against Arkansas in the Outback Bowl, and played in nine games last season.

While center and both tackle positions appear to be more solidified, the same can’t be said about left and right guard.

In March, Penn State coach James Franklin mentioned redshirt junior Sal Wormley (6-3, 298 pounds) playing at right guard as part of the offense’s starting unit during the spring, along with redshirt freshman Landon Tengwall (6-6, 332 pounds) at left guard. Tengwall — who was ranked the No. 1 ranked player in Maryland in the 2021 recruiting class — played in three contests last season. Wormley played in three games in 2020 but missed all of the 2021 season with an injury.

For the second consecutive season, Penn State used the transfer portal to add depth to the offensive line. This summer, Hunter Nourzad (6-3, 315 pounds) joined the program from Cornell as a graduate transfer. Nourzad in 2021 earned accolades as a second-team All-American by the American Football Coaches Association.

Nourzad brings experience from 20 starts at right tackle to Penn State’s offensive line, but he is a strong contender to nab one of the openings at guard.

On the left side of the line, redshirt sophomores Jimmy Christ (6-, 319 pounds), and 6-5, 294-pound Lackawanna College transfer JB Nelson will contend for No. 2 at tackle and guard, respectively.

Penn State opens the 2022 season on Sept. 1 against a Purdue team that ranked 12th in the Big Ten in rushing defense (157.8 yards per game) in 2021. After an offseason of questions regarding the status and ability of its offensive line, Penn State won’t have to wait long for an answer to some of those questions.