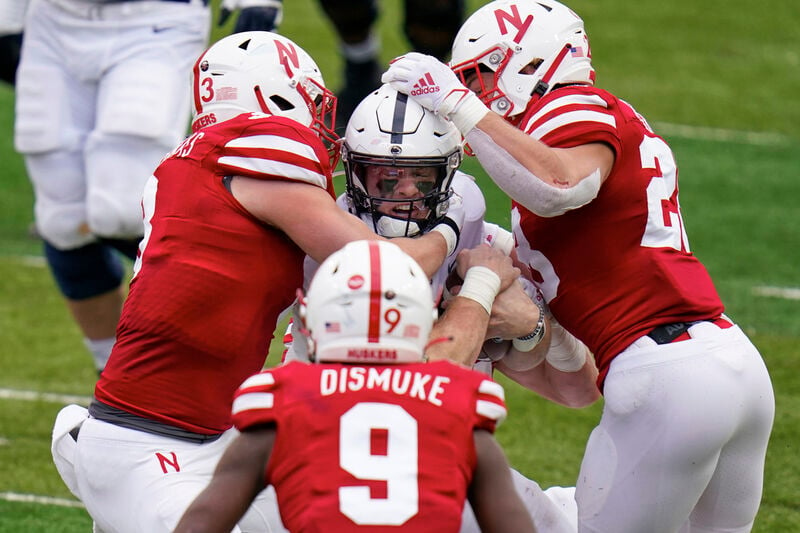 Nebraska linebackers Will Honas, left, and Luke Reimer, right, and safety Marquel Dismuke (9) tackle Penn State quarterback Will Levis during the second half of Satuday’s game in Lincoln, Neb. 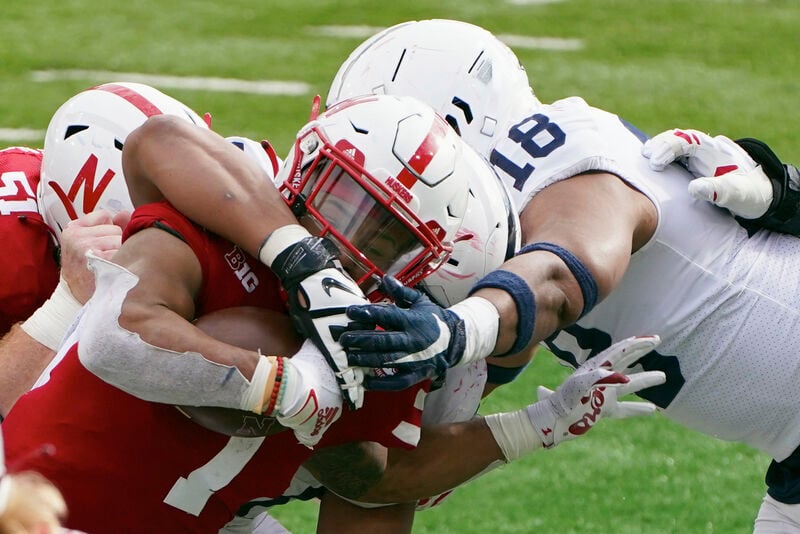 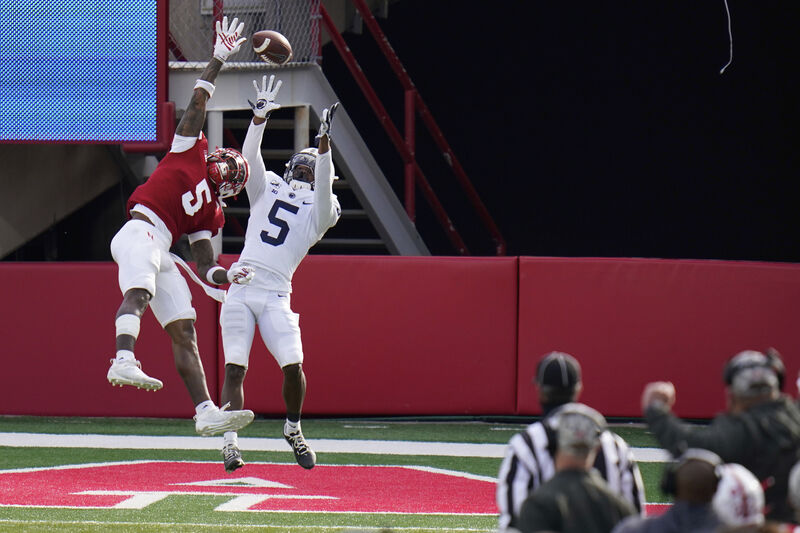 Nebraska linebackers Will Honas, left, and Luke Reimer, right, and safety Marquel Dismuke (9) tackle Penn State quarterback Will Levis during the second half of Satuday’s game in Lincoln, Neb.

For just the second time in school history, Penn State is winless four games into a football season.

This weekend’s home game against Iowa (2-2, 2-2 Big Ten) looms large on the schedule.

A win against the Hawkeyes would inject a much-needed boost of confidence into Penn State (0-4), while a loss would send the program to its first 0-5 start. Kickoff is slated for 3:30 p.m. on Saturday.

One plus in the Nittany Lions’ fourth loss was the running game enjoyed its second-most productive outing on the season as the unit rushed for 245 yards and two touchdowns. The Nittany Lions gained a season-high 250 yards in their 2020 opener against Indiana.

Quarterbacks Sean Clifford and Will Levis pitched in 19 yards and 61 yards, respectively.

In their previous outing against Maryland, the Nittany Lion gained just 94 yards rushing.

“Focusing on the details and studying our opponent and really wanting to get the ball moving after a poor performance last week,” Penn State offensive lineman Will Fries explained. “A strong running game helps the whole offense. The whole line, we took pride in that this week and wanted to put it on our backs to move the ball.”

Thorpe’s penalty — unsportsmanlike conduct — came in the second quarter on a third-and-8 play from Nebraska’s 8-yard line. The 15-yard infraction pushed Penn State back to the 23. Penn State missed a 40-yard field goal to cap the drive.

“All of the little, extra stuff after every single play, that’s got to get corrected,” Penn State coach James Franklin said. “We’ve been talking about it for three years.”

Smith received a personal foul penalty in the second quarter after what officials deemed to be a late hit on a tackle.

“The one was a tackle, and a lot of times I feel like things are late and I’m our worst critic,” Franklin said. “I didn’t necessarily feel that way on that play. I thought that was one of those that they wouldn’t call. It wasn’t, to me, blatant.”

The Nittany Lions open the 2020-21 men’s basketball season on Nov. 25 against visiting Drexel. They return to the Bryce Jordan Center three days later for a matchup against Virginia Military Institute.

Chambers’ resignation followed a university investigation that stemmed from a report that Chambers made a racially insensitive comment to former player Rasir Bolton. Bolton transferred to Iowa State.

Ferry has been on the Nittany Lions’ coaching staff for four seasons.