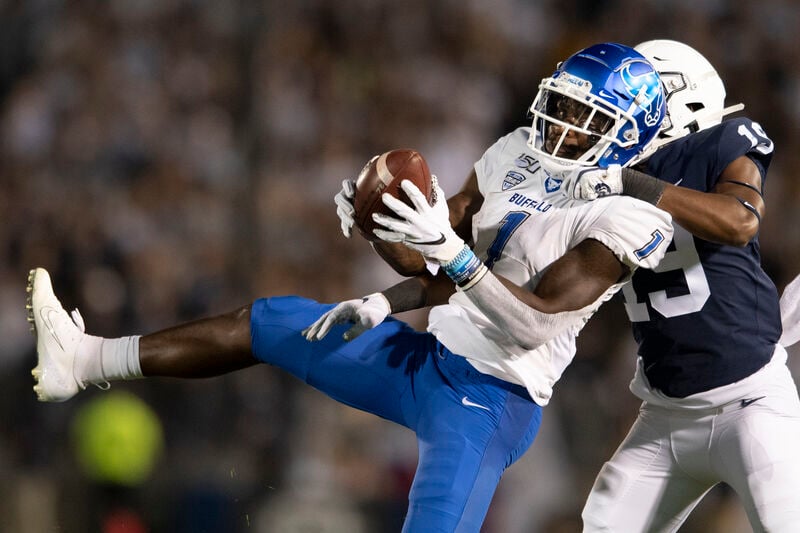 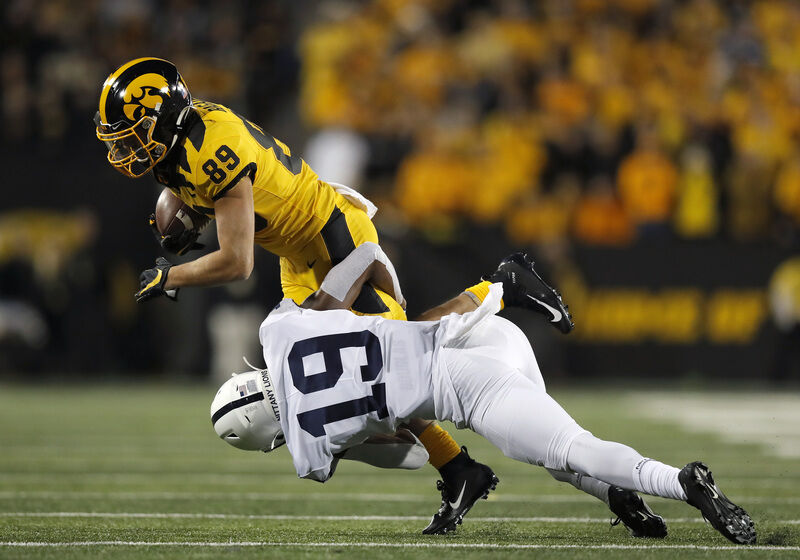 Iowa wide receiver Nico Ragain carries the ball as he tries to get free from Penn State cornerback Trent Gordon last season. Gordon is moving to safety for the upcoming season for the Nittany Lions.

Iowa wide receiver Nico Ragain carries the ball as he tries to get free from Penn State cornerback Trent Gordon last season. Gordon is moving to safety for the upcoming season for the Nittany Lions.

STATE COLLEGE — Although Penn State’s Trent Gordon has played cornerback the last two seasons, he made a name for himself as a safety at Manvel High in Spring, Texas.

The redshirt sophomore will return to his natural position this fall, a move set in motion by a December conversation with Nittany Lions cornerbacks coach Terry Smith.

“He kind of brought the idea to me, and said, ‘Hey, Trent! We’re going to be moving you to safety,’” Gordon said Thursday. “(Smith asked) if that was comfortable for me since I played it in high school. I said yes, because that’s not an unfamiliar position for me.”

The move was OK’d by Penn State safeties coach Tim Banks and head coach James Franklin, giving the Nittany Lions another experienced defender in the secondary.

Gordon was labeled a four-star recruit by ESPN and Rivals.com while helping Manvel to a 27-2 record over his last two prep seasons.

As a Penn State freshman in 2018, he played in four games and recorded one tackle. Last year, he logged playing time in 10 games and ended the season with 20 total tackles and five pass breakups.

While the 5-foot-11 Gordon hasn’t played safety at the college level, he said his familiarity with the position should help with the transition. The switch, he said, will also allow him to play more freely.

“I played the position in high school, so I’m very, very comfortable with doing it,” Gordon said. “On top of that, being at safety just kind of builds on my skill set as corner. Now I can be more physical. Now I can play a lot faster because I can see everything more clearly being at the farthest level of the secondary. ... It allows me to kind of dissect the play, and be able to react quicker than what I would as a corner.”

Gordon said he gained a few transferable skills while playing corner that will help him in his return to safety.

“It taught me where my eyes should be; it helped me with eye discipline,” Gordon said. “It helped me kind of further my knowledge as a safety and take that with me. What I could see at corner, I can now see at safety. It just kind of enhanced my discipline. And, on top of that, it forced me pretty much to know where everybody else is on the field.”

Gordon’s transition included him bulking up to 202 pounds (from 185), which he said will help absorb the impact of hits from opposing players.

“Being a corner, I didn’t really have to deal with running backs as much, and I was kind of good playing at 185 (pounds), but not anymore,” Gordon said. “As a safety, I really had to look at things and say, ‘Yeah, if you want to hit the big guys, it’s time for you to put on some pounds.’”

Though Gordon is a newcomer to Penn State’s safety room, the tight-knit group welcomed him. Earlier this spring, Banks spoke about the group’s cohesion and commented on the strength that lies within its fraternity.

“I think that we have a pretty strong brotherhood in our room,” said Banks. “That allows particularly some of our other guys, and guys who have been around the block, trying to keep these younger guys up.”