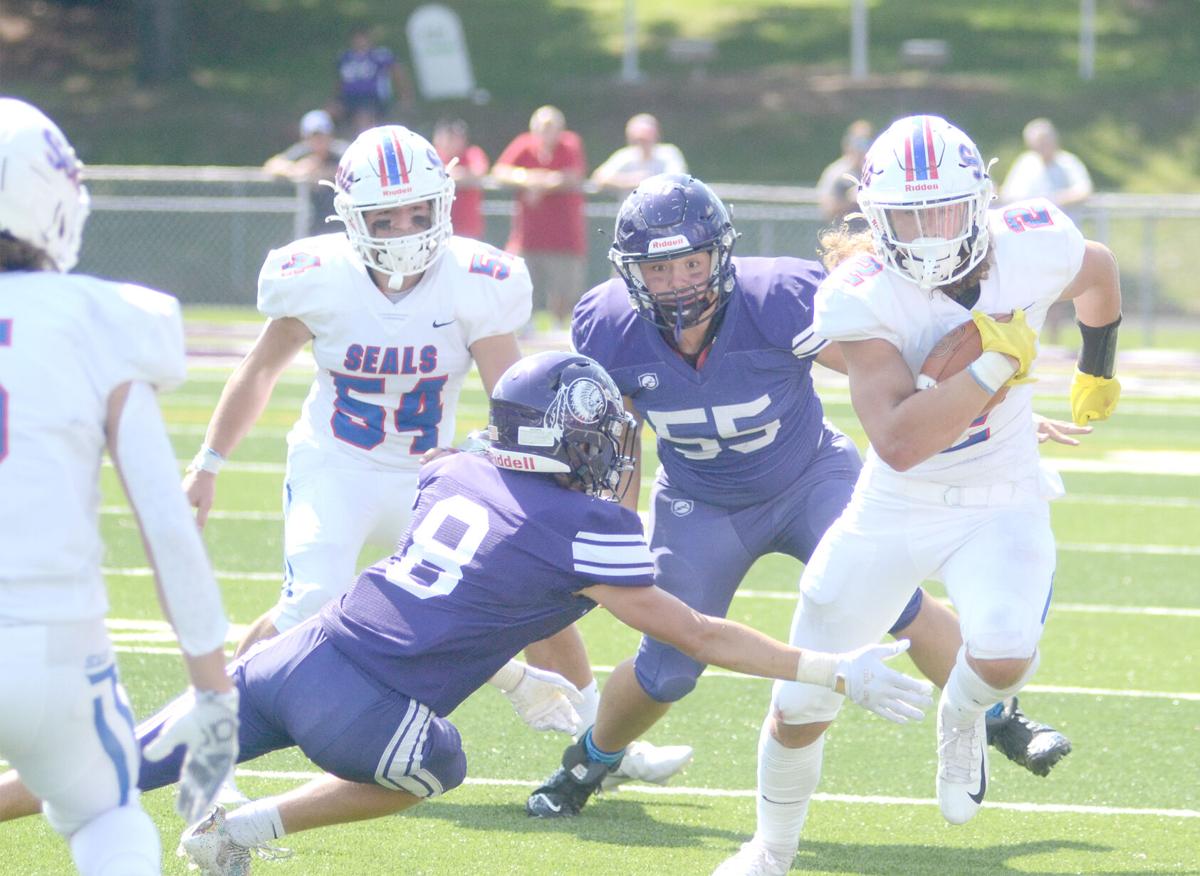 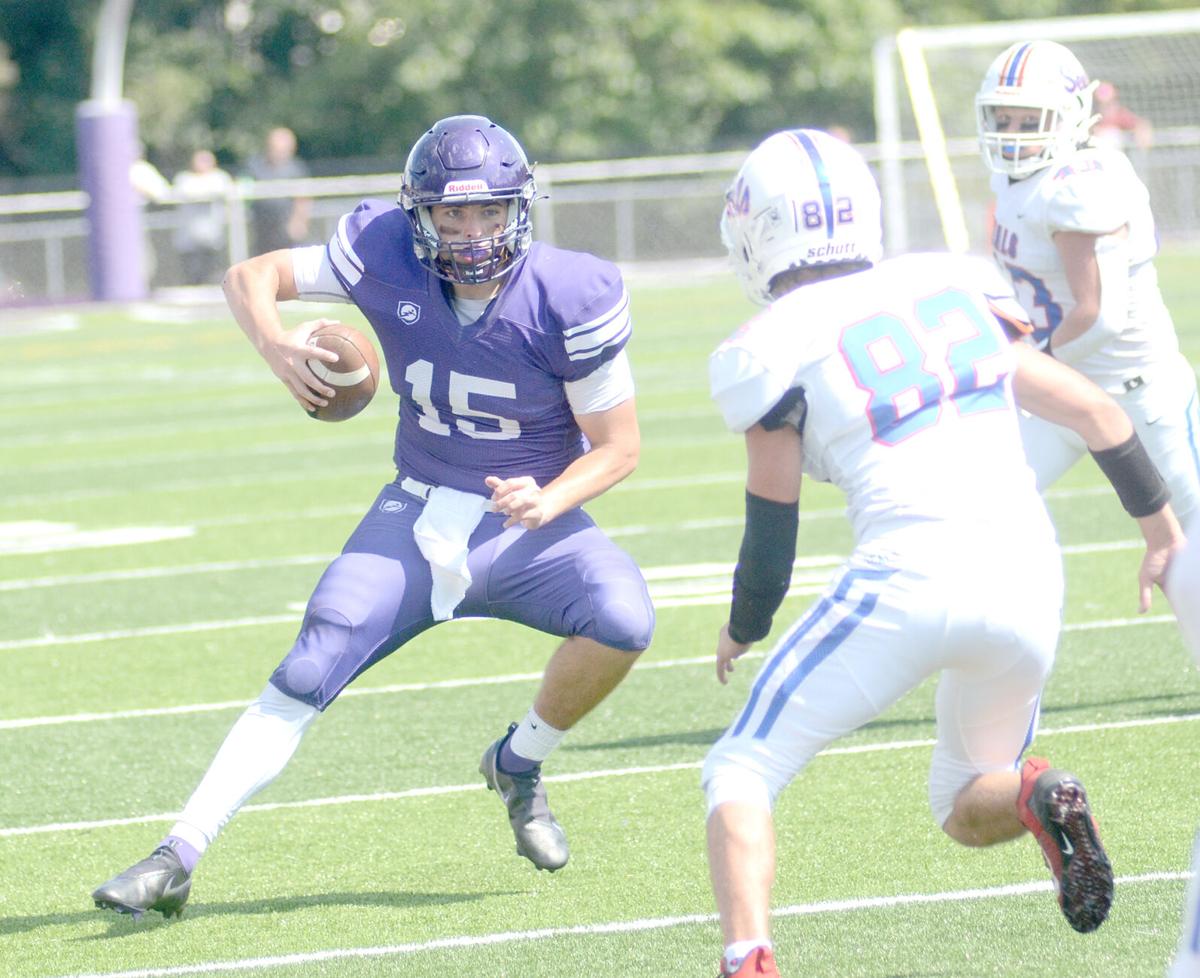 COAL TOWNSHIP — Football coaches are creatures of habit so they usually don't like when things are outside of their control.

So when Shamokin had to push back the Heartland Athletic Conference-Division I game with Selinsgrove to Saturday afternoon thanks to more problems with the Kemp Memorial Stadium lights, it was surprising that it made Selinsgrove coach Derek Hicks happy.

"The Saturday game was huge for us. The offensive guys got together this week, and put together a whole bunch of new stuff that wasn't in the playbook in the first two games," Hicks said. "Wednesday, it was a little scary, so that extra day to practice was just gigantic this week."

The new-look Selinsgrove offense put up 33 points thanks to 232 yards passing and two touchdowns from sophomore quarterback Mark Pastore.

Add in another stifling defensive effort — Shamokin managed just 77 total yards — coupled with five sacks, and it added up to the first win of the season for Selinsgrove, 33-0, over the Indians.

"We were ready for all the one-on-one matchups," said Selinsgrove junior receiver Nate Aument, who finished with five catches for 108 yards. "We put in a lot of plays for that all week, and it worked this afternoon. Our defense has been good, but we've been working hard on our offense all week."

Damian Catherman sacked Shamokin quarterback Brett Nye on his first dropback, and the Seals forced a quick three-and-out to start the game.

On a third-and-5 for the Selinsgrove offense on its first possession, freshman Gavin Bastian beat one-on-one coverage on a seam pattern, and caught a 58-yard TD pass from Pastore as the Seals took a quick 7-0 lead after Carter Young's PAT with 9:39 left in the first quarter.

"You know coming in Shamokin is going to go cover zero, and press you on the outside," Hicks said. "If you want to throw the ball, your receivers have to get off press coverage. Those two guys (Aument and Bastian) won a majority of the one-on-ones."

The game bogged down into a defensive struggle for the rest of the first half. The Indians managed to get into Selinsgrove territory twice in the first half. A first-and-10 on the Seals 38, ended in a punt after a penalty and a sack on second down by Corey Rumberger turned into a fourth-and-25.

Then late in the first half, Nye found Colin Seedor for a 28-yard gain to the Selinsgrove 26. After a 5-yard scramble made it second-and-5, Shamokin didn't gain anymore yards, and the drive stalled out on fourth down, when Ethan Miller and Spencer George combined for a sack.

The teams traded punts to start the second half. Selinsgrove had a 64-yard Tucker Teats punt return TD called back, but Aument broke four tackles on a slant pattern, and set the Selinsgrove offense up with a first-and-goal at the 4. Brandon Hile punched it in from 1 yard out with 3:40 left in the third quarter for a 14-0 advantage.

On the next Indians possession, they were called for a hold before a punt, and Selinsgrove decided to push them back 10 yards, and punt again.

That proved the disastrous for the Indians. Punter Blake Hockenbroch tried to pick up and kick an errant snap, but George jumped on the ball at the Shamokin 9. Logan Othoudt caught a 9-yard TD pass with 55.2 seconds left in the quarter for a 21-0 lead.

The Seals weren't quite done. Teague Hoover hit Seedor as he caught a pass, knocking the ball in the air. Aaron Rothermel picked it off, and returned the ball to the Shamokin 3. Tucker Teats scored from there, and a Seals team that scored just 19 points in its first two games, led 27-0 after three quarters.

Teats added another short touchdown run, after he and Rothermel stuffed Shamokin standout Max Madden for a loss on fourth-and-1 from the Indians 31.

Madden carried the ball 36 times for 204 yards in a district semifinal win over the Seals in 2020. On Saturday afternoon, Selinsgrove limited Madden to 18 yards on 14 carries.