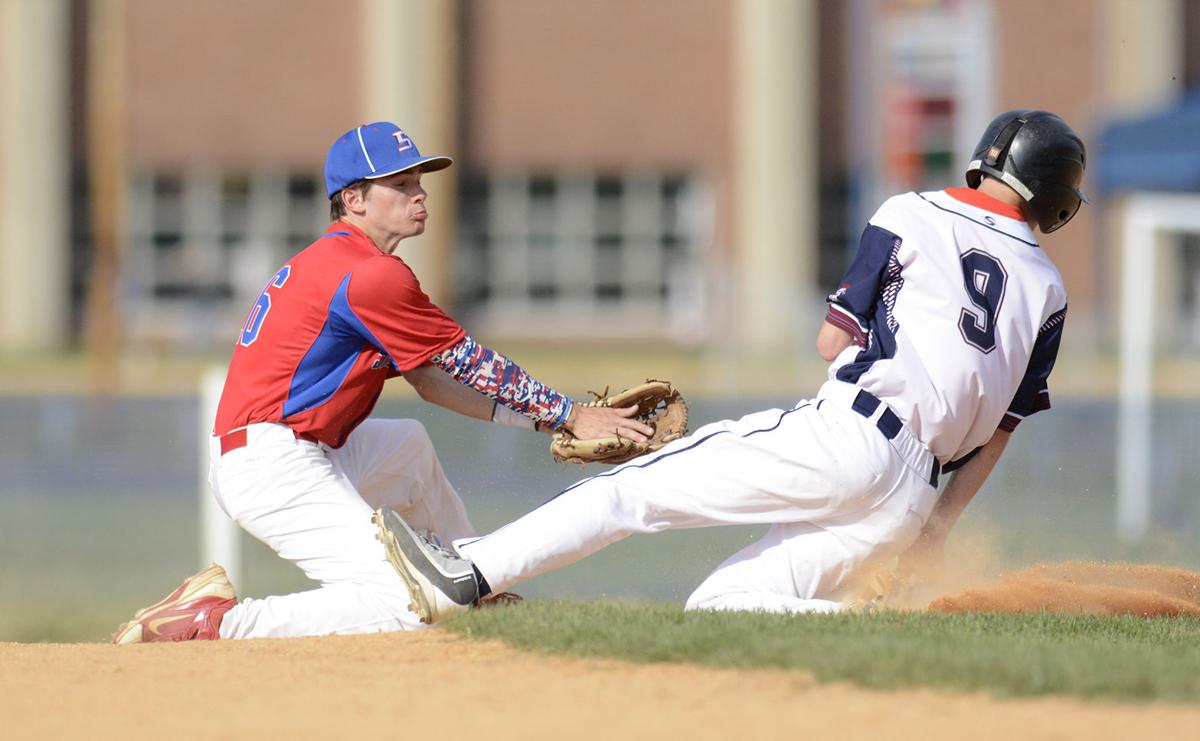 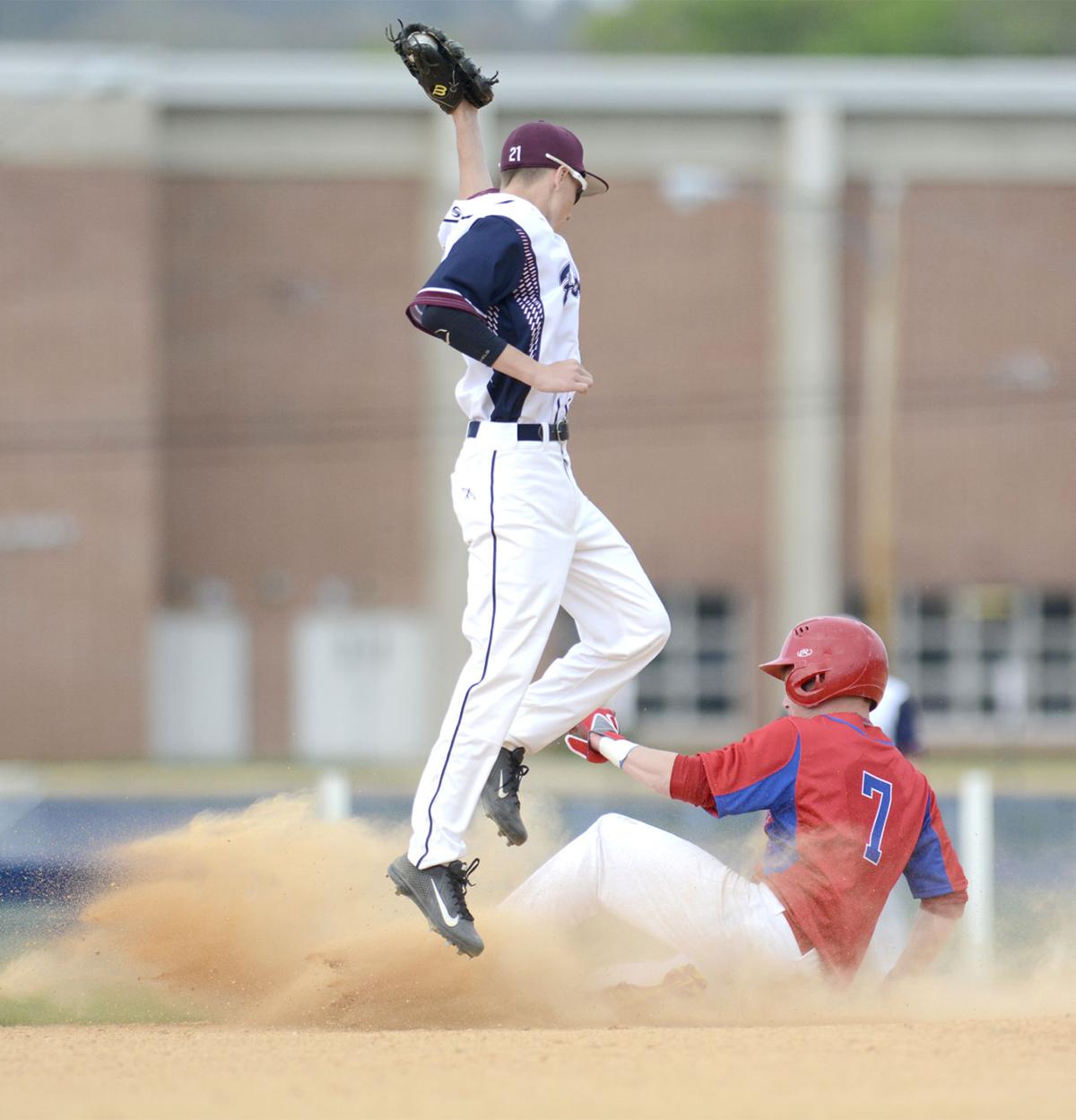 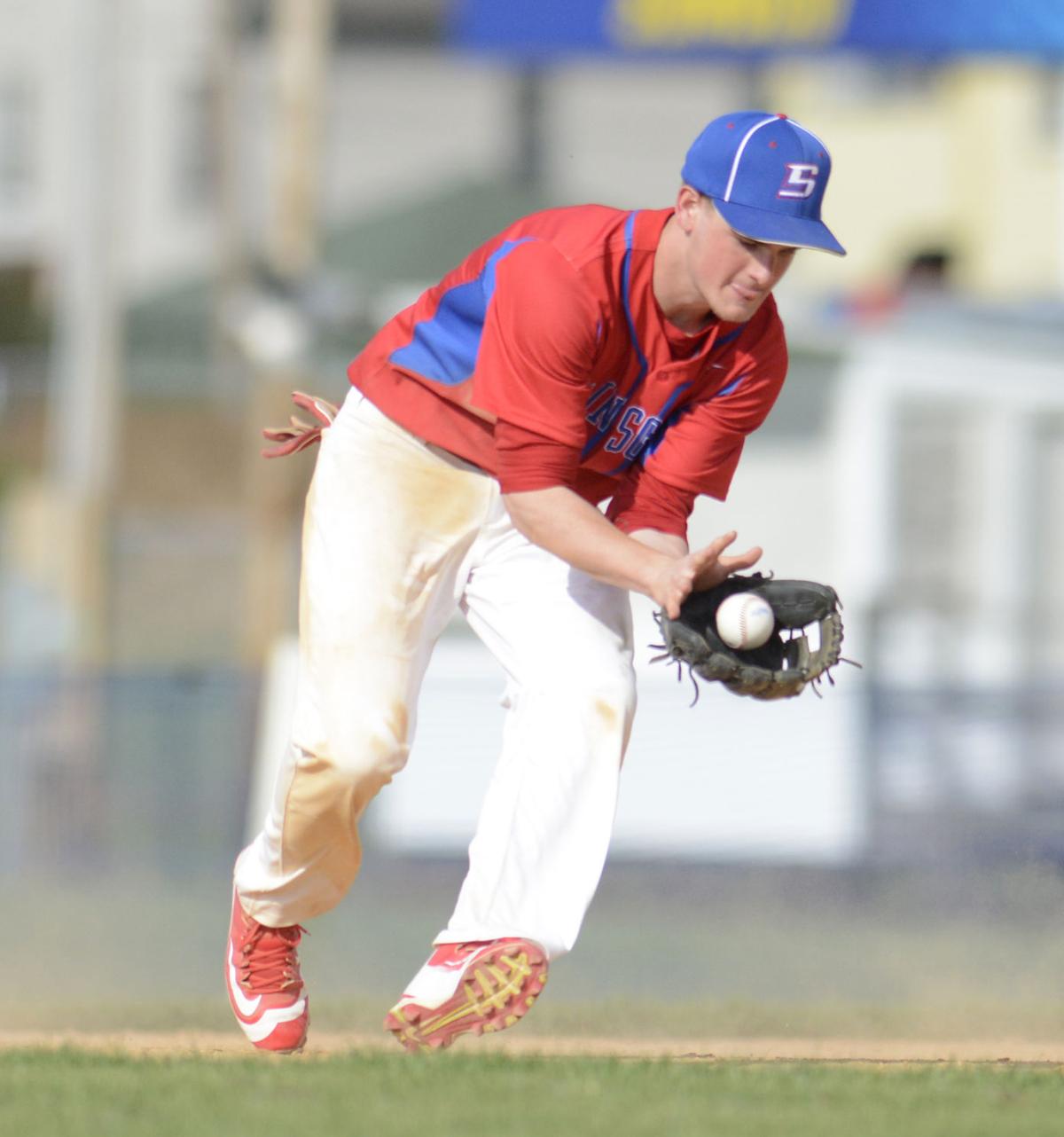 Selinsgrove’s senior ace loaded the bases with no outs for the middle of Shikellamy’s order, putting the Seals’ three-run lead in serious jeopardy.

Showers responded with a strikeout, then another, and he was one strike away from an escape that would make Houdini jealous. But the Braves wobbled him with a two-run hit, and promptly tied the game with another hit off a two-strike pitch.

"It was exciting at first, when I started to get the outs, but it was kind of disappointing then, too," said Showers. "But I have a job to do out there and I’ve just got to throw strikes."

The right-hander was determined to not give away the win (or the ball to a reliever), confidently finishing his tightrope walk without a net.

"If we’d have gotten in any kind of trouble — first guy on in either of those last two innings — probably, most likely, would have made a move," said Seals coach Brent Beiler. "But Tyler, I think, knew that and got the guys out. He stepped it up and — wow! — what a great job he did."

Selinsgrove (7-2) avenged a 5-3 loss to its archrival with its fourth win a row and solidified its third-place standing in Heartland-I at 6-2.

The Seals snapped a seven game losing streak to the Braves, winning their first against their rival since April 26, 2013.

Shikellamy (9-2, 6-1) dropped out of a first-place tie with defending champion Central Mountain (11-1, 7-0). The Braves host the Wildcats on Wednesday.

"We battled and just came up short," said Shikellamy coach Derek Alex. "We got in a hole, three-nothing, and you can’t let that happen. It’s a tough one to lose, but they’re a good baseball team."

Neither team’s ace, Showers nor the Braves’ Kyle Leitzel, had his best stuff Monday. Leitzel had three four-pitch walks over the second and third innings to pitch around. In the fourth, it took Derek Amerman’s over-the-shoulder catch of a foul ball to end a threat with two Seals in scoring position.

Selinsgrove broke the ice with three runs in the fifth. A one-out error put Kyle Mertz on base ahead of Jake Nylund’s run-and-hit single to left field. A wild pitch allowed Mertz to score all the way from second base and moved Ben Kuhns (Nylund’s courtesy runner) to third. Aaron Zechman then pierced a drawn-in infield with an RBI single, and Showers drilled a run-scoring double to left-center before Leitzel stopped the bleeding.

"The outcome of this game, I don’t think was too much about pitching," said Alex. "If we make one play I think we win the baseball game. It’s funny that in an entire baseball game one pitch or one play ... is the outcome."

Showers, meanwhile, hit batters with pitches in the third, fourth and fifth innings, the last of which loaded the bases after Leitzel and Kobe Swanger’s second hits. He fanned the next two Braves, catching the first looking at a 3-2 laser inside at the knees, and went ahead 1-2 to Ross Wonsik. But Wonsik hit a sinking liner to center that Colin Hoke had in his glove when he dove for the ball but not when he rolled through to a stop.

With two runs in and two on, Jaryd Palmer laced a 1-2 pitch for an opposite-field single to left that tied the score.

Seals freshman Blaise Zeiders was warm but Beiler let Showers work out of the fifth with a one-pitch pop out to himself.

"You’ve just got to have to short-term memory (and) keep grinding away," said Showers, who struck out seven.

Hoke was hit by a pitch to start the sixth and stole second ahead of Evan Poust’s go-ahead single. Poust eventually scored on an infield error. Showers then pitched his only 1-2-3 innings, back-to-back, to end it.

"We still had a backup plan. We did have Zeiders ready to go, and I’ve got a lot of confidence in him, too," said Beiler. "When you’re body is getting tired — and we need our big gun on the mound — you’ve just got to stay mentally tough. Tyler did that."