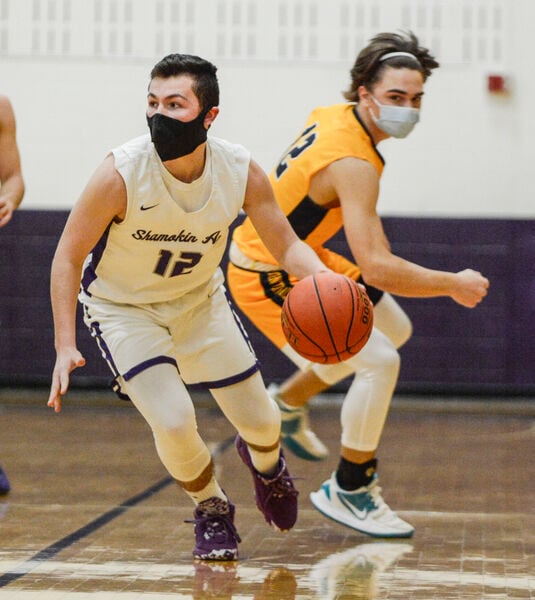 Shamokin’s Cameron Annis brings the ball up court during Tuesday’s 50-48 win against Montoursville in Coal Township. 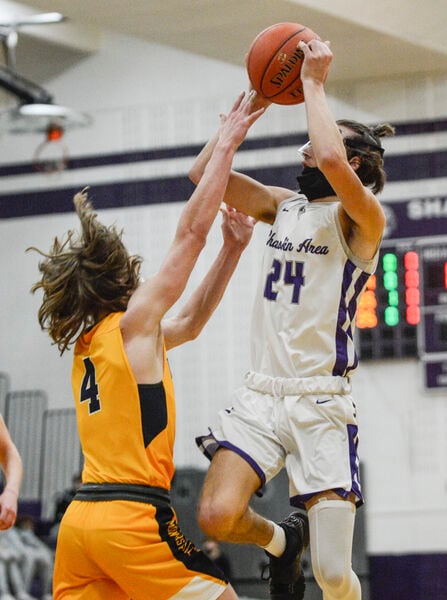 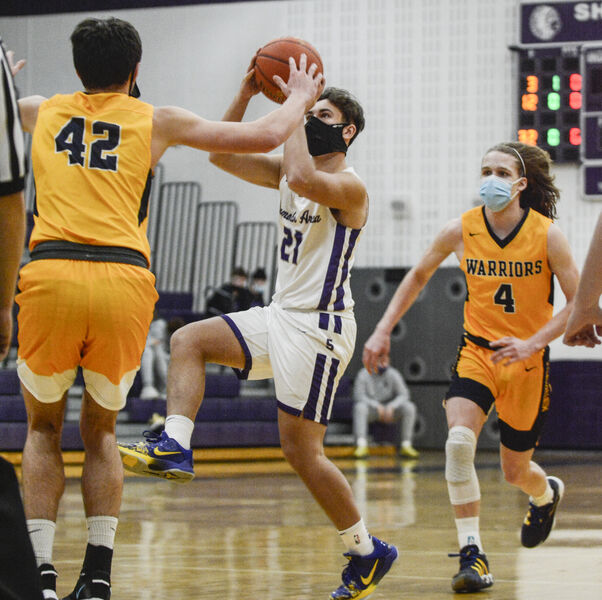 Shamokin’s Joey Tarr drives to the basket during Tuesday’s game against Montoursville. 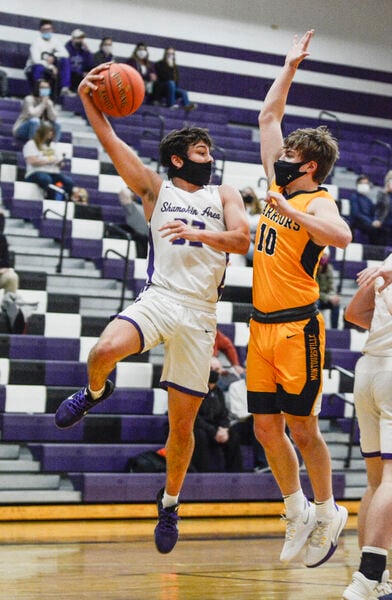 Shamokin’s Cameron Annis brings the ball up court during Tuesday’s 50-48 win against Montoursville in Coal Township.

Shamokin’s Joey Tarr drives to the basket during Tuesday’s game against Montoursville.

COAL TOWNSHIP — With Brent Reed having Shamokin’s only real starting experience, the Indians didn’t know what to expect from their opener.

Add the fact it was a Heartland Athletic Conference-Division I game against defending District 4 Class 3A champion Montoursville, and it’s no surprise the Indians didn’t make a shot in the first eight minutes of Tuesday’s game.

“We knew they were really, really good. Those three guards (Josh Burger, Peyton Mussina and Dillon Young) have played in a lot of big games the last three years,” Shamokin coach Chris Zimmerman said. “We had guys that played, but not the minutes we are counting on them for this year.”

Once the Indians got their offense together, Shamokin set about proving lack of experience doesn’t mean lack of talent.

Joey Tarr’s two foul shots with 5.9 seconds left gave Shamokin a 50-48 win over the Warriors in a physical affair at the Purple Palace.

“Would have I liked the start to be a little prettier? Of course, but this is the type of game where your young guys grow up,” Zimmerman said.

The Indians missed their first 13 shots of the game, and turned over the ball eight times in the first quarter. Shamokin’s defense kept it in the game as the Warriors managed just three field goals while taking a 9-1 lead.

Indians junior center Cayan Lee hit a bucket inside with 7:24 left in the first half, and Tarr knocked down a 3-pointer as Shamokin scored the first 10 points of the second quarter. Reed saved a ball from going out of bounds with a behind-the-back pass to Colin Seedor for a 3-pointer to cap the spurt with 5:47 left in the half, giving Shamokin an 11-9 lead.

“It finally got the lid off the basket,” Tarr said.

“We knew Montoursville would be a good team,” Reed said, “but not scoring in the first quarter, it was a relief to get the first bucket to go.”

The Warriors (1-1 overall and HAC-I) built a four-point lead late in the half, but Tarr’s 3-pointer cut the margin to 14-13 at the break.

Shamokin opened the third quarter with an 11-2 run to take a 27-19 lead with 4:44 left. Tarr and Cameron Annis capped the spurt with back-to-back 3-pointers.

Montoursville scored the first eight points of the fourth, and took its first lead of the second half on Dillon Young’s driving hoop with 5:35 left.

The Indians still led by four with 32 seconds left when Annis missed the front end of a one-and-one. Young knocked down a 3-pointer to cut the Shamokin lead to 47-46. Reed then made one of two foul shots to push the lead back to 48-46.

Montoursville’s Landon Reeder was fouled, and made two foul shots with 13.5 seconds left to tie the game at 48-48.

Shamokin pushed the ball up the floor but nearly turned it over, forcing Zimmerman to call timeout. The Indians inbounded the ball from halfcourt. Reed was the first option in the backcourt, but Tarr cut toward the hoop. He caught the ball on the move, drove and was fouled with 5.9 seconds left. Tarr made both foul shots.

“It was originally for Brett. Coach told them to hit me if I was open, and they did,” Tarr said. “We practice (foul shots) like that all the time. I just had to treat them like normal foul shots.”

The Warriors got the ball in to Young, who pushed it up the court. The senior got a good look from the elbow, but the ball bounced off the back of the rim.

Tarr scored 15 points off the bench to lead Shamokin, while Reed scored all 12 of his points in the second half.

Reeder and Mussina each scored 15 points to lead Montoursville.