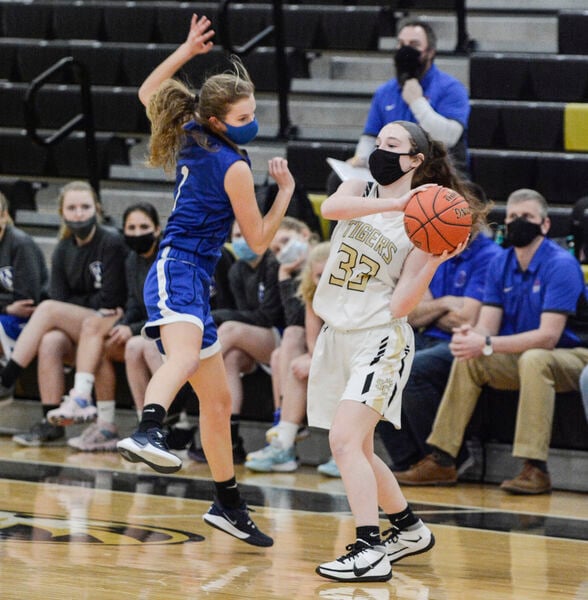 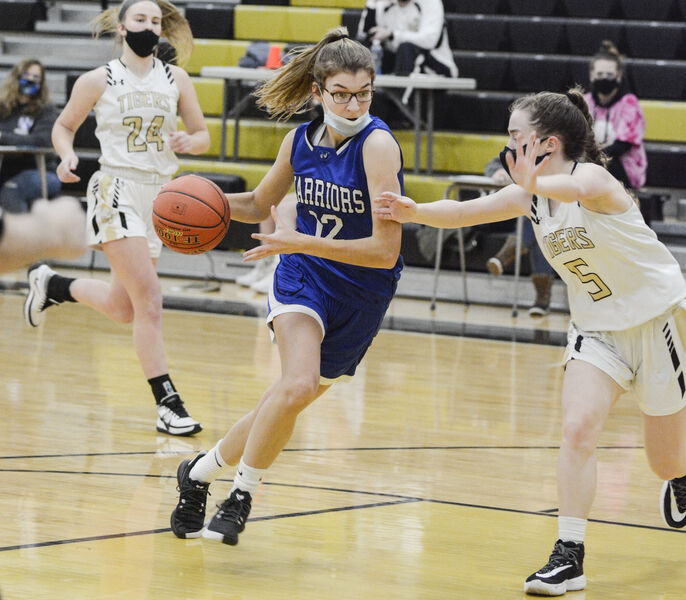 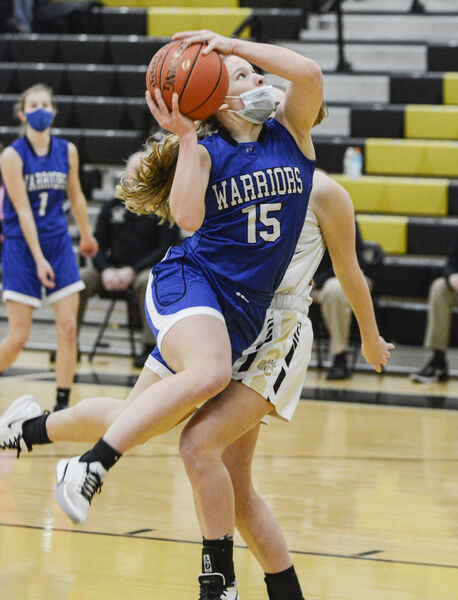 Northumberland Christian’s Emily Garvin drives to the basket for a shot during Friday’s game against Southern Columbia. 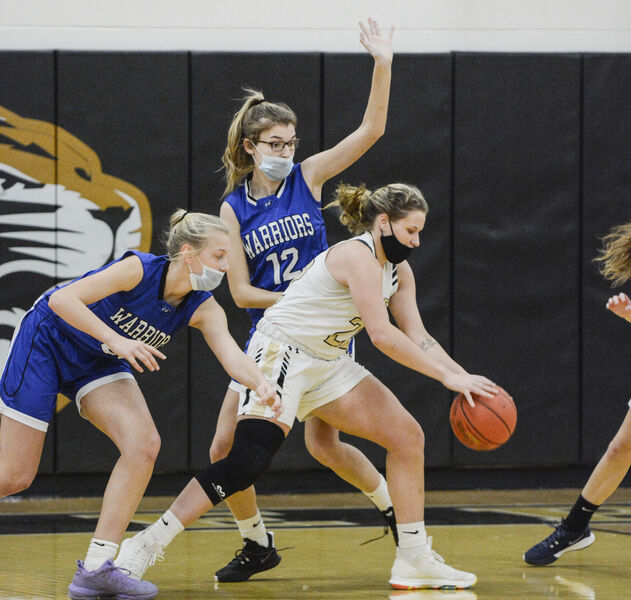 Northumberland Christian’s Emily Garvin drives to the basket for a shot during Friday’s game against Southern Columbia.

CATAWISSA — Ava Novak warmly recalled her freshman self Friday, a girl with obvious scoring chops who struggled with consistency.

Back when she was a ninth grader, Novak hit double-figures in nine Southern Columbia games but scored one bucket or none at all in 11. Nowadays she averages 16.5 points, more than 10 better than that varsity newcomer.

"I feel like everyone's first year it's the nerves," she said. "High school basketball is so different than middle school and AAU or things like that. I just got more comfortable, and I knew I had to bring out my ability in the game and help the team. All of it is a mindset. I want to win — that's the main goal — and I'll do anything to help my team win."

Two weeks after scoring a career-high 30, Novak dropped 28 points on Northumberland Christian to power the red-hot Tigers to a 60-50 win. During Southern's string of six wins in seven games, she has torched opponents at a 21.7 clip.

What a difference a year makes.

"I think she just has confidence this year," Tigers coach Bill Callahan said of the sophomore guard. "I was proud of her tonight that, yeah, she scored 28 points, but she pulled down a lot of tough rebounds. She played a complete game.

"I was proud of everyone that played. What an effort by all of them."

"We knew (the Warriors) were a really good team," said Novak. "They played our (Heartland Athletic Conference-Division II) rivals, Mount Carmel and Bloomsburg, and gave them good competition. We knew we had to come out and not make mistakes and go hard all 32 minutes. This just gives us even more confidence."

The Warriors (13-3), who jumped at the chance to play when the matchup came together a few weeks ago, played for the first time in six days and had a three-game win streak snapped.

"When you're competing every other night and then you go for awhile without competing, the rust shows," said Northumberland Christian coach Dan Severn. "Hat's off to them; they played a great game. We love the opportunity to play good teams. It exposed something we need to work on."

Northumberland fell behind 10-4 on Friday before rallying behind all-state junior Emily Garvin to lead 23-20 at the end of the first quarter. Garvin had eight of her team-high 19 points in the period, along with four assists, three rebounds and two steals.

The Warriors fell off the pace in the second quarter, shooting 4-of-12, while Southern surged in front. Tillett drove to the hoop for a lead with about five minutes left in the half, and then Novak hit 3-pointers from opposite corners while scoring eight in a row. Faith Callahan ripped a 3-pointer, and Griscavage followed up a miss to cap a 15-5 run over three minutes that put the Tigers up 39-30.

"I made a decision after scouting them that the only chance we had to win was to make it a track meet and not a basketball game," Bill Callahan said. "I loved the pace in the first half, and we were fortunate we were ahead ... because we probably struggled when we tried to slow it down (late)."

Maddie Griscavage's foul-line jumper gave Southern a 41-32 halftime lead. The margin grew to 49-32 midway through the third after Novak scored a pair of putbacks and a 3-pointer over three possessions.

"We know our strengths and what needs to be done with the ball," said Novak, who was 9-for-13 from the field (4-for-6 from 3). "Also, our defense fuels a lot of our offense. If we're getting defensive rebounds and blocks and kicking it out, it really starts our offense well."

Northumberland got within 49-38 by the end of the third quarter, despite shooting 3-of-10. The Warriors then made a late run by forcing six fourth-quarter turnovers. They slashed the deficit to 58-50 with a minute to play. Garvin had another huge quarter (seven points, four rebounds, two steals), and Emma Ulmer added three points and two rebounds to finish with 12 and six.

"My hat's off to their coach; he had a really good gameplan," said Severn. "We really didn't adjust defensively until the second half, and if we had made that adjustment after the first quarter it probably would have been a different game. Getting 41 points scored on us in the first half? We usually don't let up that many points in a game.

"It was a late reaction on my part, that probably, had we reacted sooner, might have changed the tenor of the game."

Did not score: Emma Daku-Treas.