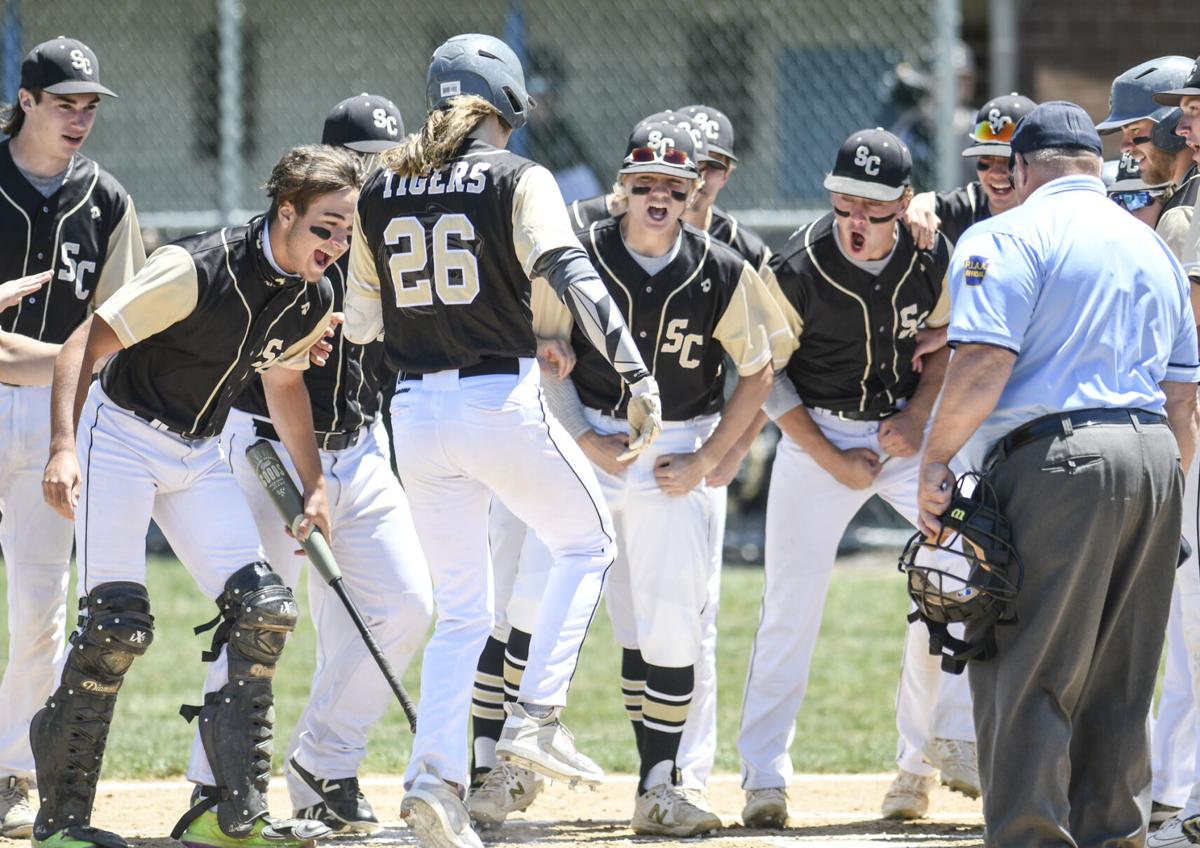 Southern Columbia’s Liam Klebon is greeted at home plate by teammates after hitting a two-run home run during Thursday’s game against South Williamsport. 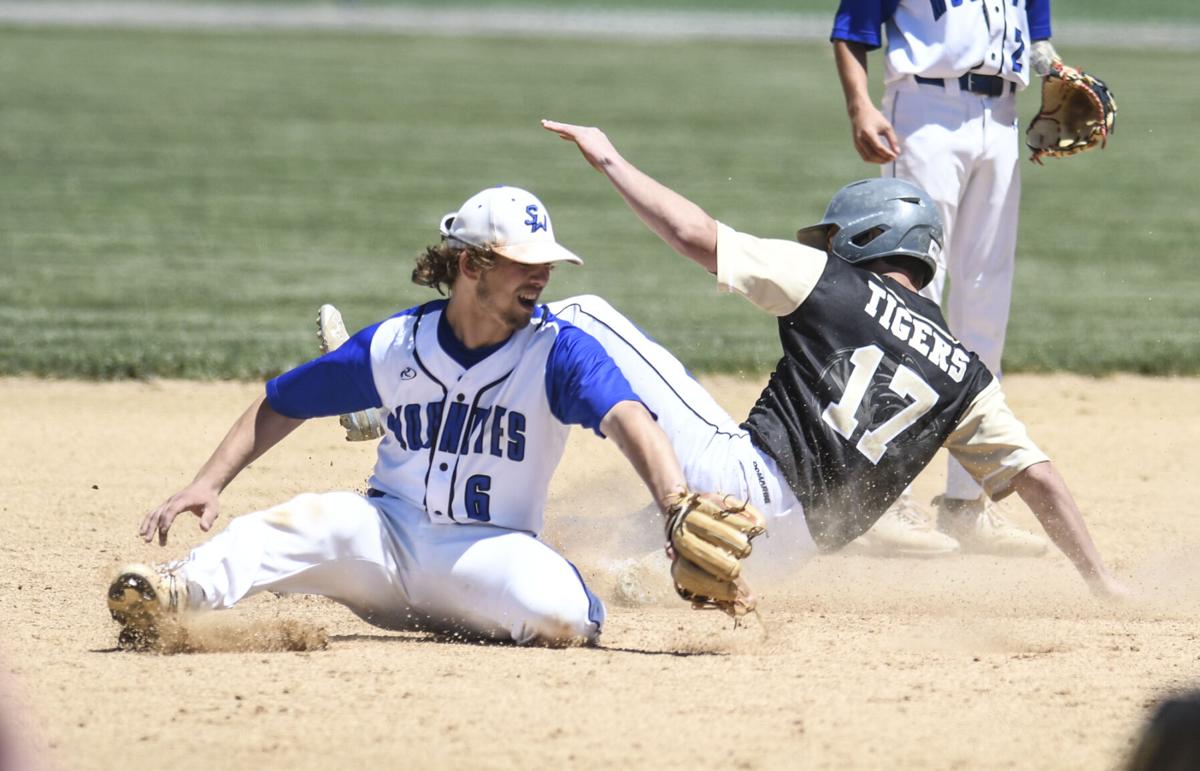 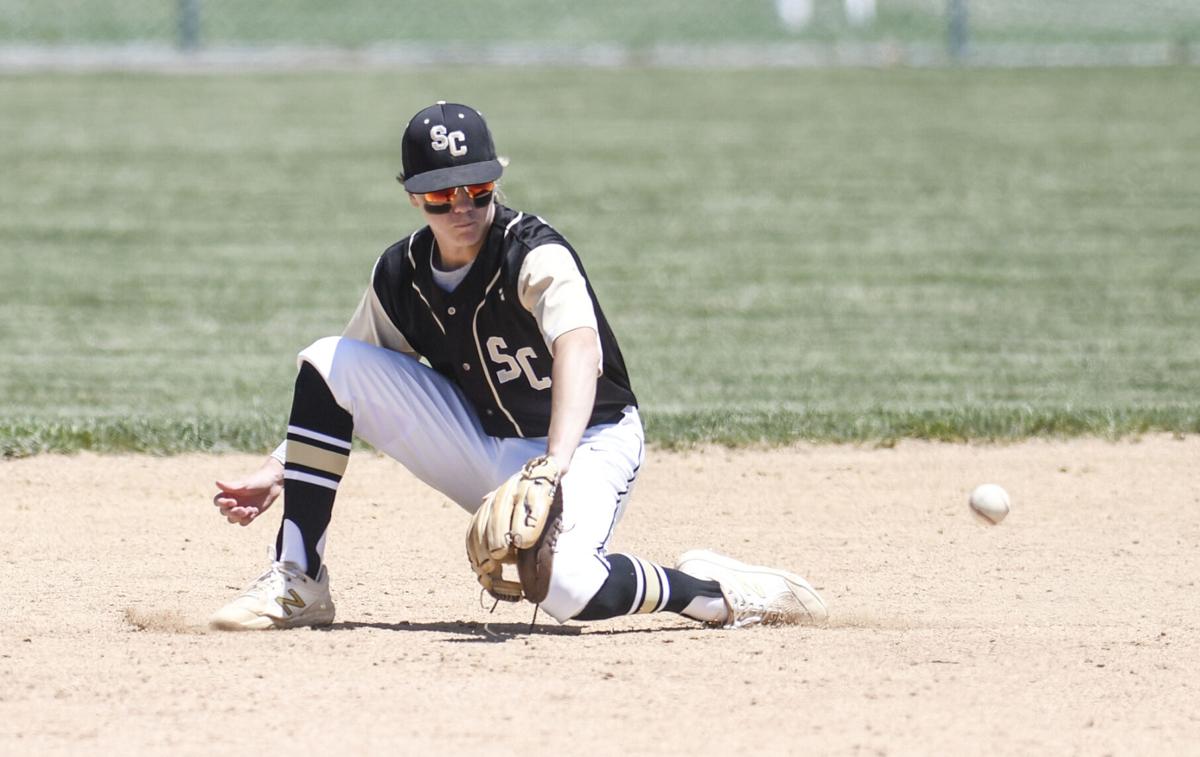 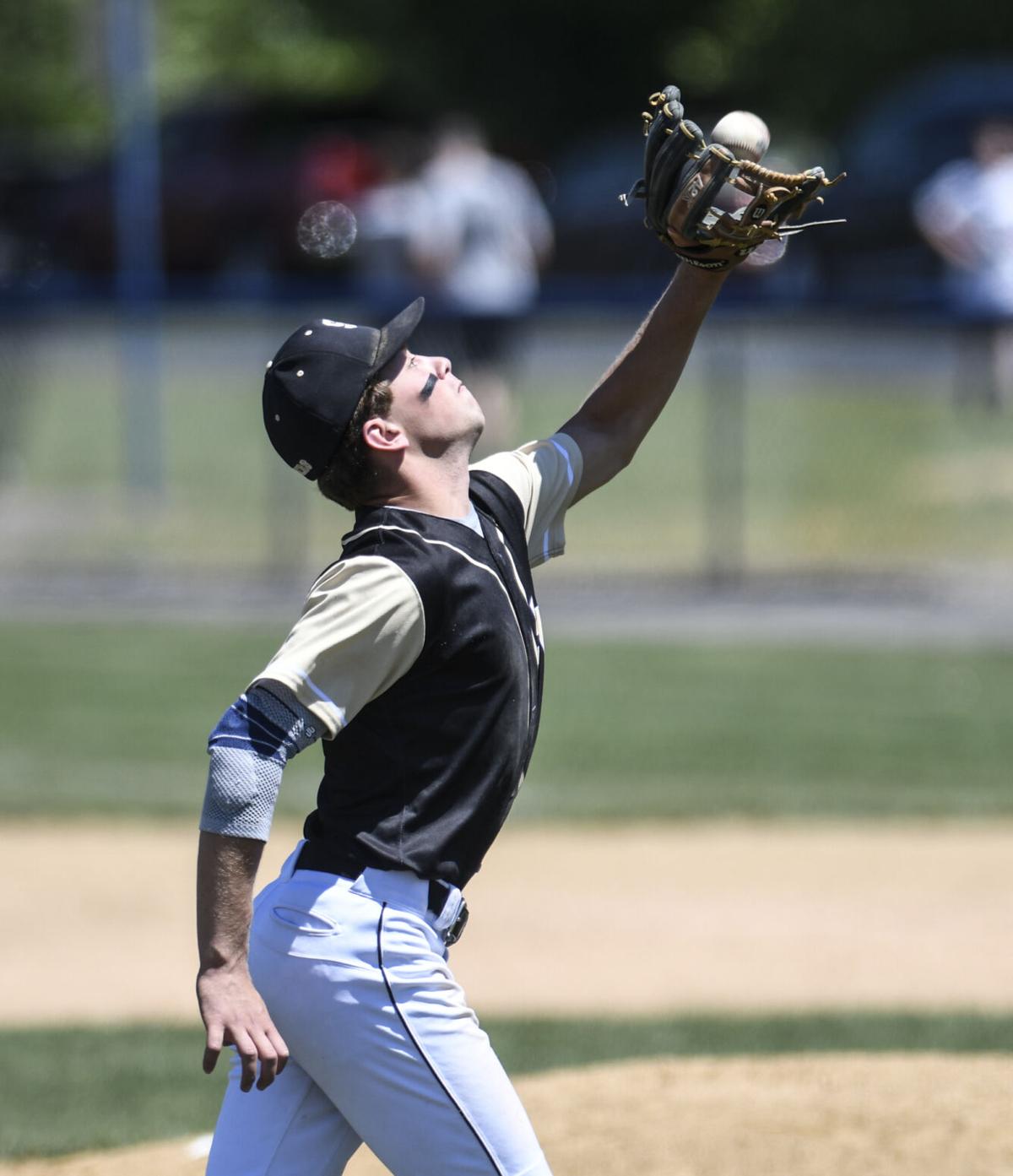 Southern Columbia’s Mike Yancoskie catches a pop fly for an out during Thursday’s game against South Williamsport. 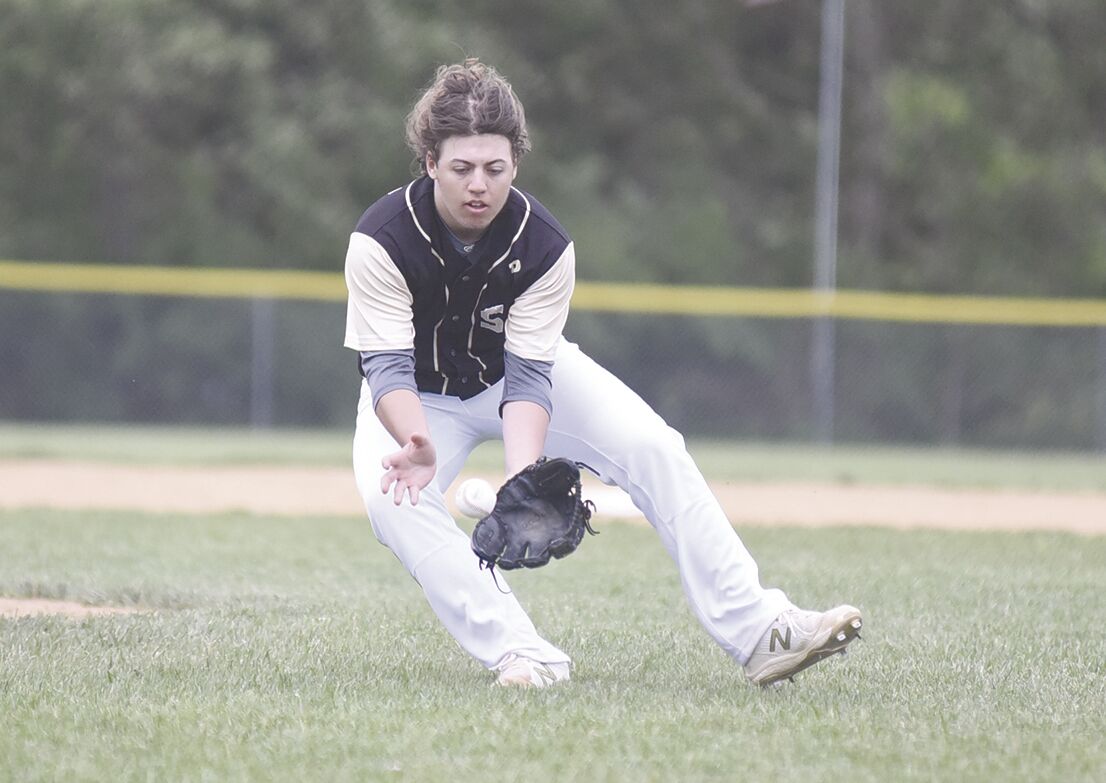 Southern Columbia’s Matt Masala fields a groundball in front of the pitcher’s mound Monday during the Tigers’ win over Muncy in a District 4 quarterfinal.

Southern Columbia’s Liam Klebon is greeted at home plate by teammates after hitting a two-run home run during Thursday’s game against South Williamsport.

Southern Columbia’s Mike Yancoskie catches a pop fly for an out during Thursday’s game against South Williamsport.

Southern Columbia’s Matt Masala fields a groundball in front of the pitcher’s mound Monday during the Tigers’ win over Muncy in a District 4 quarterfinal.

Liam Klebon did his senior teammates a solid in the fifth inning of Southern Columbia’s district semifinal game.

Klebon struck out the side on 16 pitches, bringing an early end to the Tigers’ 17-2 win over South Williamsport and buying their soon-to-be-graduates extra time to prepare for that night’s ceremony.

Just half of Southern’s eight seniors start, which is not unusual. However, seven of the Tigers’ 10 starters in last Thursday’s game had no varsity experience prior to this season.

That makes the team’s run to its first district final since 2007 all the more remarkable.

“I think it’s team chemistry,” said Tigers junior Gatlin Hovenstine. “We’ve played against each other (growing up) and played with each other for awhile, and we all know how capable we are of winning games.”

The Tigers are 17-4 with a nine-game winning streak that spanned the month of May. Their last loss was at Mount Carmel on April 30, a 10-run setback and the only time they’ve been beaten by more than four runs. What followed was the current string of victories — including seven over district qualifiers — by an average score of 10-3. They beat Loyalsock and Central Columbia, the District 4 Class 3A finalists, in a span of three days.

“I think we’re playing pretty good baseball, but after that (district quarterfinal) against Muncy I was a little unsure,” said Mike Myers, Southern’s seven-year coach. “In that game, I think the kids were quite, I’d say, nervous, and I just told them, ‘Come out (for the district semis), enjoy yourself and have fun. Don’t let the nerves get to you.’ and I think — going by the offense — I think it showed.

The third-seeded Tigers are slated to meet No. 1 Sayre (20-1) for the District 4 Class 2A championship 5 p.m. today at Bowman Field in Williamsport. The winner advances to the state tournament, which begins Monday with a first-round game against District 2 champion Riverside.

Southern’s junior class has been key to the team’s success. In addition to Hovenstine, Klebon and Matt Masala anchoring the pitching staff, infielder Jake Cambria and outfielder Mike Zsido bat in the top two slots in the order. Klebon and catcher Owen Sosnoski fill the third and fifth holes around senior clean-up hitter Braden Heim.

When they were freshmen two years ago — the 2020 season was canceled due to the COVID-19 pandemic — only Hovenstine, Klebon and Masala were significant varsity contributors.

Those players seamlessly blended with seniors Heim, Tim Witkoskie, Brandon Gedman and Ian Yoder to post the Tigers’ most wins in a season since 2012.

“We started off the season good, like 5-0, and then we went into a little slump,” said Klebon. “Once we were 8-4 I think everyone got a little bit nervous, but I think we were good the whole time.

“We all knew that we could do this.”